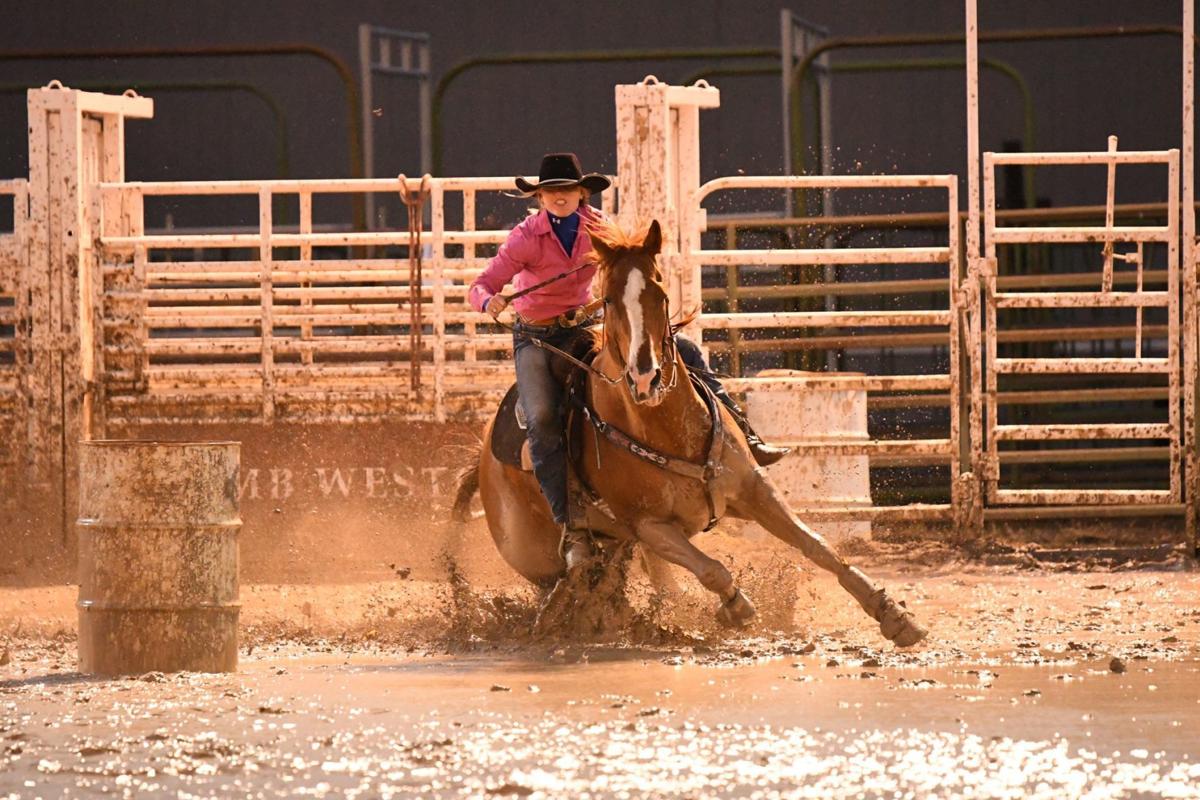 Recent Sugar-Salem graduate, Macey Fillmore gets around a barrel in the barrel racing event where she placed second on her horse George. 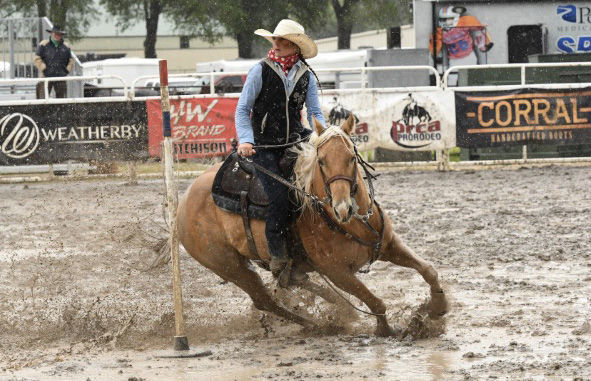 Caylee Bradshaw gets around a pole in the her pole bending event on her horse Sunny. 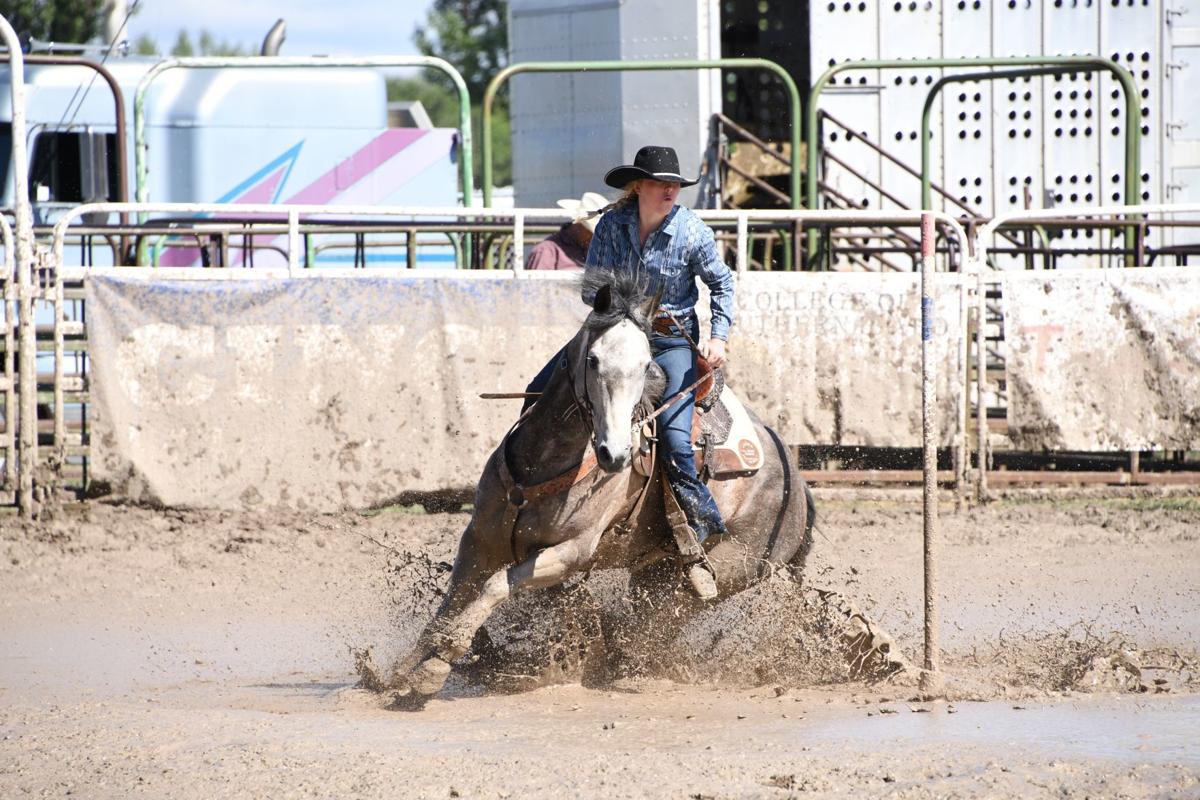 Fillmore competes in pole bending on her horse Sniper.

Recent Sugar-Salem graduate, Macey Fillmore gets around a barrel in the barrel racing event where she placed second on her horse George.

Caylee Bradshaw gets around a pole in the her pole bending event on her horse Sunny.

Fillmore competes in pole bending on her horse Sniper.

The experiences of the two Sugar-Salem cowgirls who qualified for the National High School Rodeo last week in the Idaho State High School Rodeo varied greatly. One entered the competition expecting to make the the NHSFR in two events after narrowly falling short for two years; the other left the short go of her victory event feeling surprised.

Macey Fillmore placed second in the Barrel Racing event after two years of coming in fifth in the event and placed fourth in pole bending.

“I was pretty excited,” Fillmore said. “Going into the short-go (in pole bend), I knew I had a pretty good chance. I wasn’t really super surprised. I was kind of expecting it but I was excited. Barrels I was pretty confident in. I had some really nice runs in the first and second go. So that got me a lot of points.”

Caylee Bradshaw, daughter of Sugar-Salem superintendent, Chester Bradshaw, won the pole bending event after the girl ahead of her hit the pole in her final run.

“Going into the short round, I was behind the girl who was in first but had hit the pole (in the short go) so I knew going in I just had to be clean,” Bradshaw said. “As for winning it, I think I just got really lucky.”

Fillmore and Bradshaw both graduated from Sugar-Salem this May so this was their last year to compete in High School competitions.

“It’s been my goal (to go to the NFHSR. I’ve been pretty close the last three years so I was hoping I could get it done this year),” Fillmore said.

Fillmore was pretty determined to make it to the NFHSR but doesn’t obsess while she’s training.

“Yeah, I don’t like to put a lot of pressure on myself. So, I try not to think about things too much.

Don’t think that means she hasn’t put in a lot of hard work.

“I ride every day,” Fillmore said. “It’s kind of my favorite thing to do. I ride a few horses a night. I take a few hours after school or after practice or whatever.”

Bradshaw has also dreamed and worked to make it to the national rodeo since she started riding in junior high.

Fillmore reiterated that she doesn’t like to put pressure on herself. She just likes to go out and ride but that doesn’t mean she doesn’t have lofty goals.

“I would like to be in the top ten,” Fillmore said. “That’s definitely a goal. The main goal is to win it but I don’t know.”

Bradshaw would like to make the short go and finish in the top 20 at Nationals.

“It’s going to be super tough,” Bradshaw said. But, it will be good to compete against the best of the best down there.”