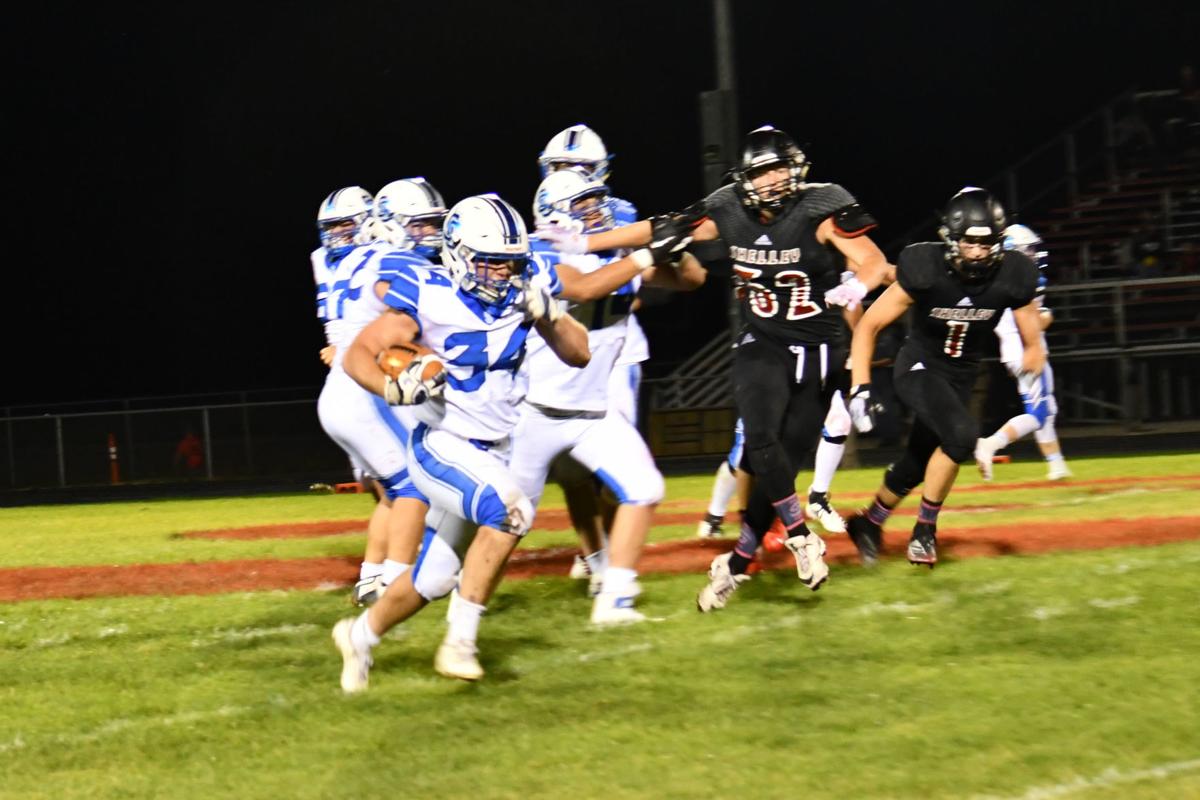 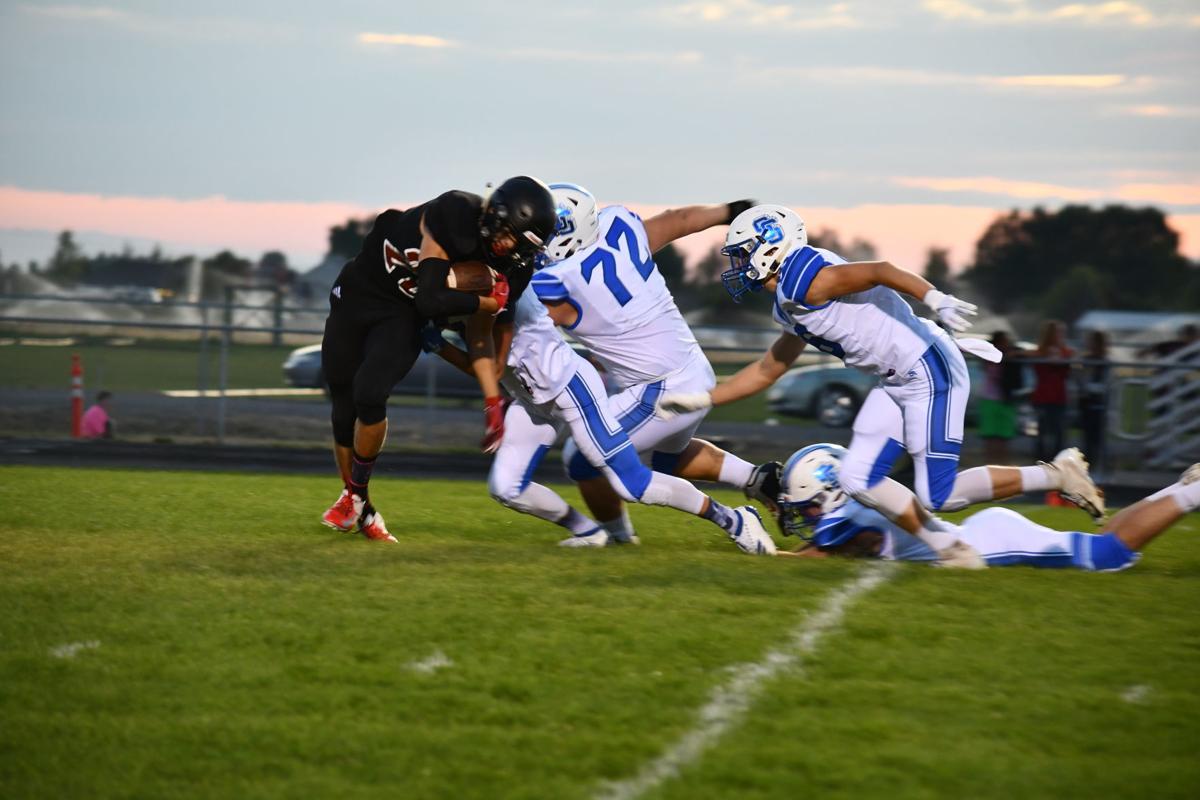 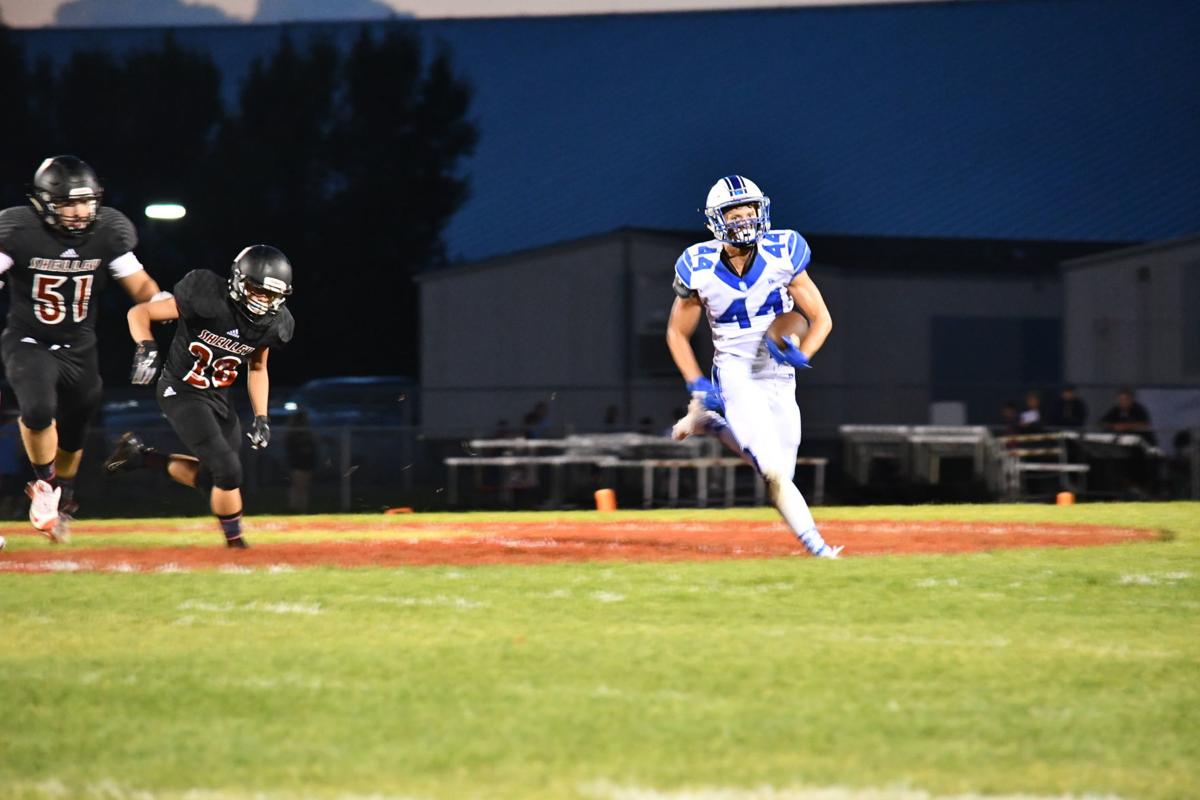 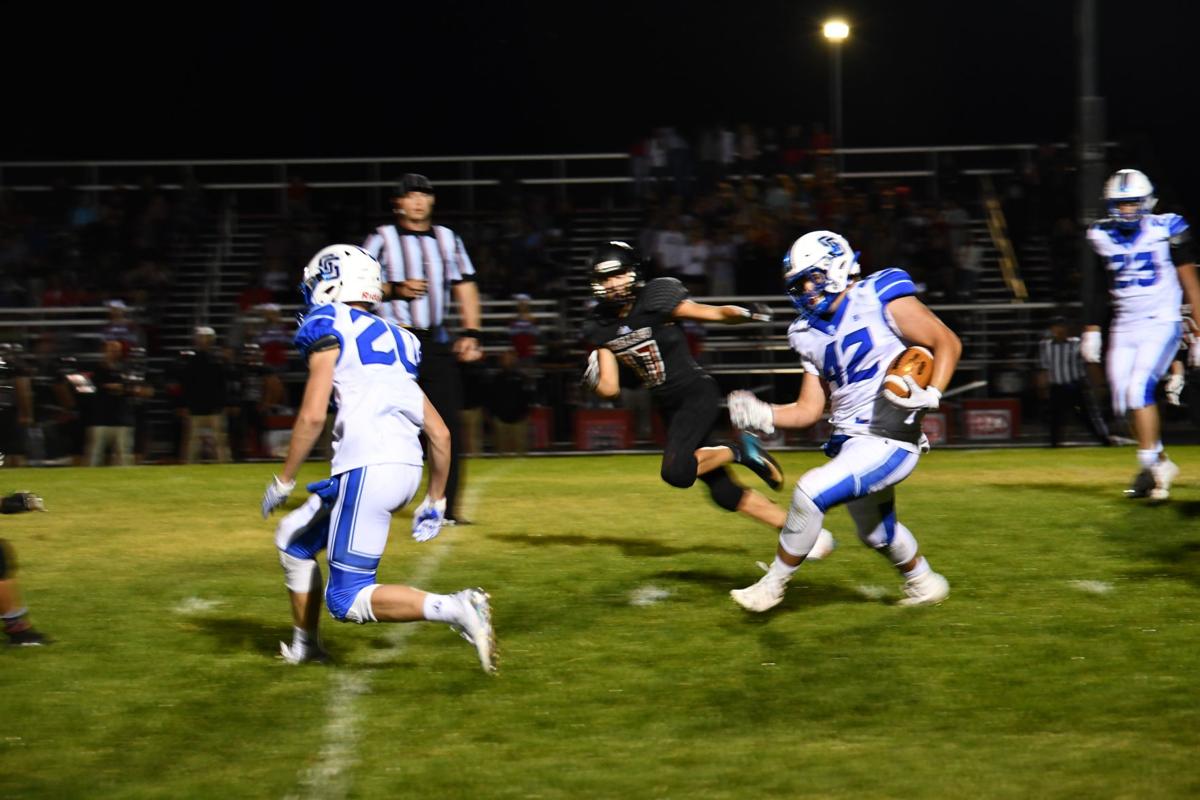 The last time Sugar-Salem and Shelley football teams met up Shelley won 24 to 7. Two years, a promotion and a 3A title later, it’s hard to believe that ever happened — especially if you watched Friday nights game. The Diggers dismantled their once rival 40-0.

“It was kind of a weird start to everything but our kids, once that kickoff happened they went firing on all cylinders and just executed our game plan and played our style of football tonight,” said Sugar-Salem head coach Tyler Richins. “We were able to jump out on them quick and both offense and defense played fantastic as well as our special teams.”

Despite the delay, the Diggers started quickly scoring three touchdowns in the first quarter on a 19-yard touchdown pass from Tanner Harris to Schulthies, a Sam Parkinson 3-yard run and a Schulthies 56-yard punt return.

Harris hit Schulthies again this time for a 40-yard score to give the Diggers a 27-0 lead. Harris threw a 9-yard touchdown to Braden Kirk minutes later then Browning Bennion made it 40-0 by halftime with a 51-yard touchdown run.

“It’s one of those situations where a certain back catches fire,” Richins said. Sam had his week last week and did spectacular and Brown had a tough time getting started. Then this week, Brown, he was just feeling it. He had some nice holes and took advantage of those. Man, he’s hard to bring down. He’s a real strong, heavy runner. And, you know what, his speed’s improved. He had a big, long touchdown run tonight and it’s fun to see the big kid get that.”

Sugar totaled 265 yards rushing. Logan Cutler carried the ball three times for 63 yards including a 49-yarder, Parkinson ran it 10 times for 54 yards and Harris ran it five times for 27 yards.

Harris didn’t get many tries at throwing the ball but he made them count. He went 7/8 for 158 and three touchdowns.

Tanner’s put in a lot of work. That’s one thing that we’ve talked about: there might be games where we throw a ton,” Richins said. Ultimately, we want to make good decisions and throw the ball when it’s needed and when it’s open. He’s a team player and he gets it. A lot of times he’ll come over to the sideline and say this is open. He’s a real selfless type of player. He likes to include his teammates and he’s real team-oriented. A lot of games he’s not going to blow up the stat board as far as attempts or anything crazy like that but when he does throw the ball, he’s very efficient and that’s what we need on this team.”

The Diggers didn’t score in the second half but it didn’t matter because neither did the Russets. How did the Diggers do it?

“Just our tenacious style of play,” Richins said. “We don’t like to give up much. Our defensive line played spectacular. If we control the line of scrimmage then we’re going to be successful. Especially against heavy run teams.”

Sugar only allowed 61 total including 22 rushing yards. Shelley averaged under a yard-per carry.

“Our defense all around is tough,” Richins said. “We just played a solid game plan and it just is a credit to the kids, their preparation and film study. When you get out there on Friday night and you feel like you’ve been watching it all week and feel comfortable with it — good things happen.”

Sugar’s next game is against Wyoming’s reigning 3A champs in Star Valley. Last season Sugar waxed the Wyoming team 36-7.

“They were young last year so they bring back a lot of kids,” Richins said. “A lot of talent.”

“We expect a battle next week,” Richins said. “We expect to be in the thick of it. We caught them off guard last year a little bit. We jumped out on them quick. They had a couple key injuries that slowed them down. We were kind of able to just keep the momentum going this year. We’re excited to play them and I know they’re excited to play us again. It’s going to be that type of game between two programs who are playing really good football. It’s fun for everybody.”