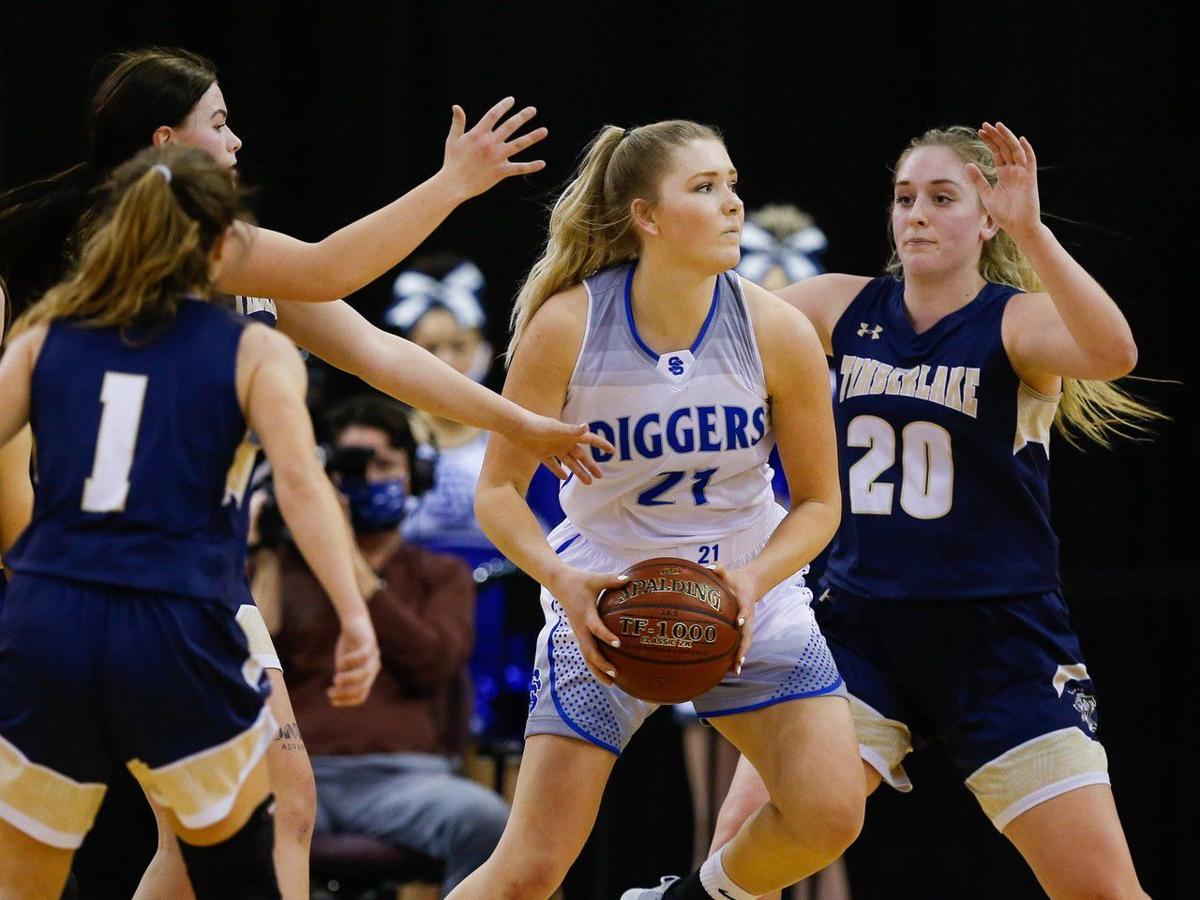 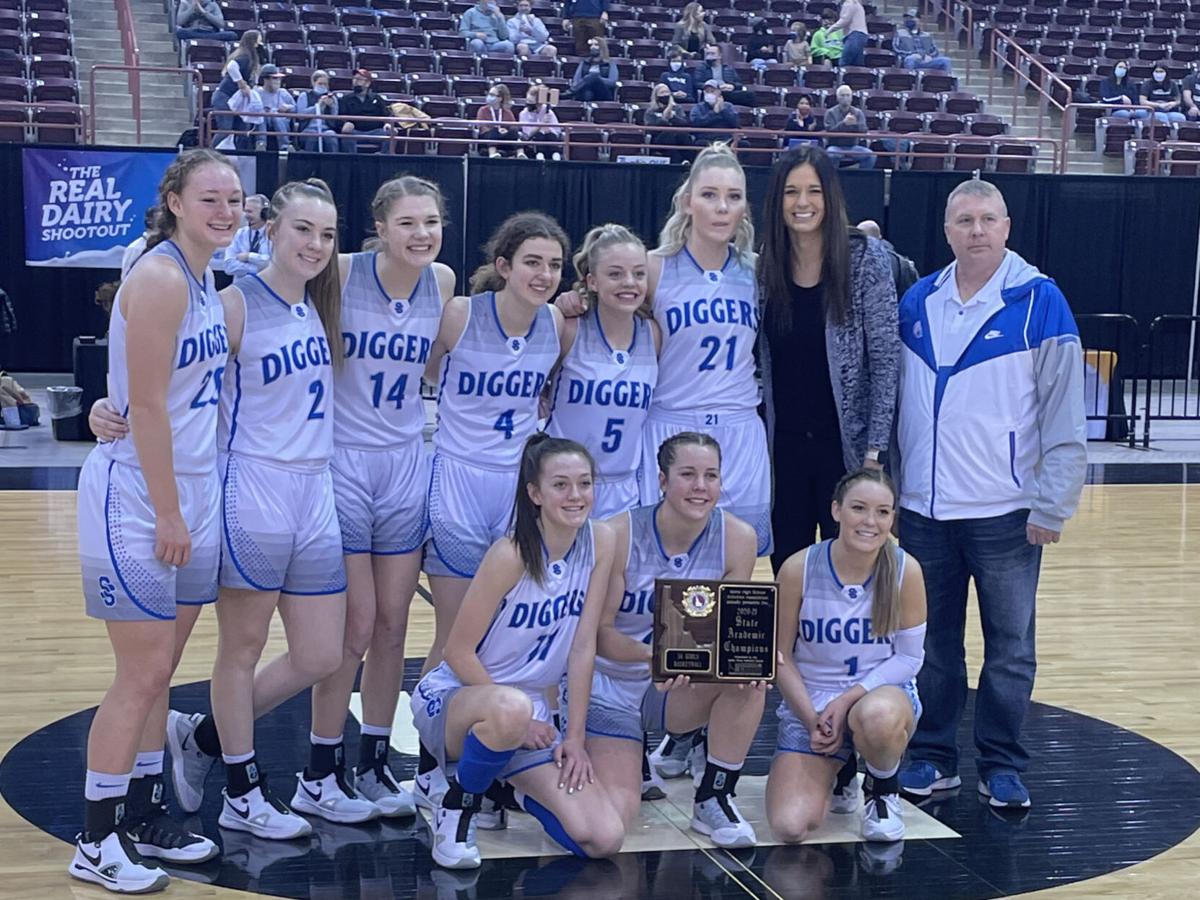 NAMPA—In a battle of the top two 3A programs in the state, a dynamic Timberlake duo proved too much for Sugar-Salem to overcome.

Timberlake seniors Taryn Soumas and Brooke Jessen combined for 44 points as the Tigers rode hot shooting and a fast start to a 65-49 state championship victory Saturday at the Idaho Center.

Senior post Mardee Fillmore led Sugar-Salem (24-2) with 16 points and nine rebounds, but it wasn’t enough to overcome a tough shooting game for the Diggers.

“We were about dead-even on everything except shooting percentage,” said Sugar-Salem coach Crystal Dayley, whose team shot 37%. “They came out as hot as can be and we came out as cold as can be. I always tell my kids they can control how hard they work on defense, they can control their rebounding effort, but they can’t always control if the ball goes in the basket.”

That was certainly the case early, as Soumas poured in 15 first-half points to help the Tigers (23-2) build a commanding 37-17 halftime lead. The Diggers made just 5 of 21 field goal attempts in the half.

When Sugar-Salem employed a box-and-one defense on Soumas after halftime, Jessen took over, creating offense for herself and others. Jessen finished with 21 points, nine rebounds and five assists for the Tigers, while Soumas scored 23 points on 7-of-10 shooting.

“I’ve been coaching against those two since they were freshmen, and they’re phenomenal basketball players,” Dayley said. “They’re tough to stop, and on the big stage today, they stepped up huge and took the game in their hands.”

The game was a blockbuster matchup between programs that have combined to win the past seven 3A state titles, with the Diggers capturing wins in 2015, 2018 and 2019. The teams have battled countless times along the way, but on this day, it was Timberlake’s turn to celebrate a repeat.

“We have a long history,” Dayley said. “I have a lot of respect for their program and we always love playing them—we just wish it would have been a different outcome today.”

The respect is mutual.

“Sugar is as good as it gets, every year,” Timberlake coach Matt Miller said. “They put together an incredibly quality team, and we were fortunate to have such a good game today.”

Meg Fillmore had nine points and four assists for Sugar-Salem, while Lizzy Baldwin and Katie Miller chipped in eight points apiece. The Diggers actually outscored Timberlake in the second half, but it wasn’t enough to overcome the Tigers’ hot start—or their 56% shooting.

Timberlake also enjoyed a surprising 26-24 rebounding edge. The Tigers’ lineup was much shorter, but they scrapped their way to a stalemate against one of the best rebounding teams in the state.

“We’ve struggled rebounding this season, but we’ve been preparing all year to play Sugar, which is one of the best offensive rebounding teams I’ve ever seen,” Miller said. “We stressed it and the girls really executed it today.”

Sugar-Salem followed up their 60 point shellacking of Bonners Ferry by squeaking out a 40-36 overtime win over Filer Thursday.