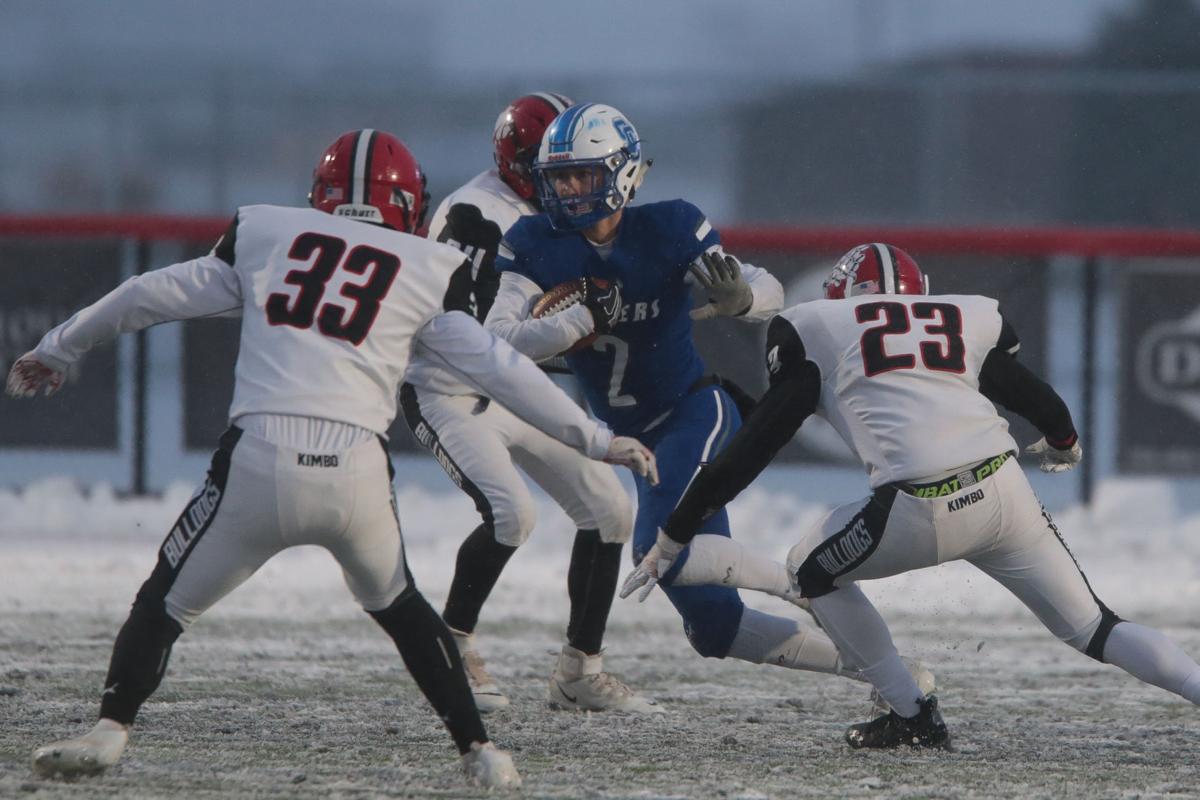 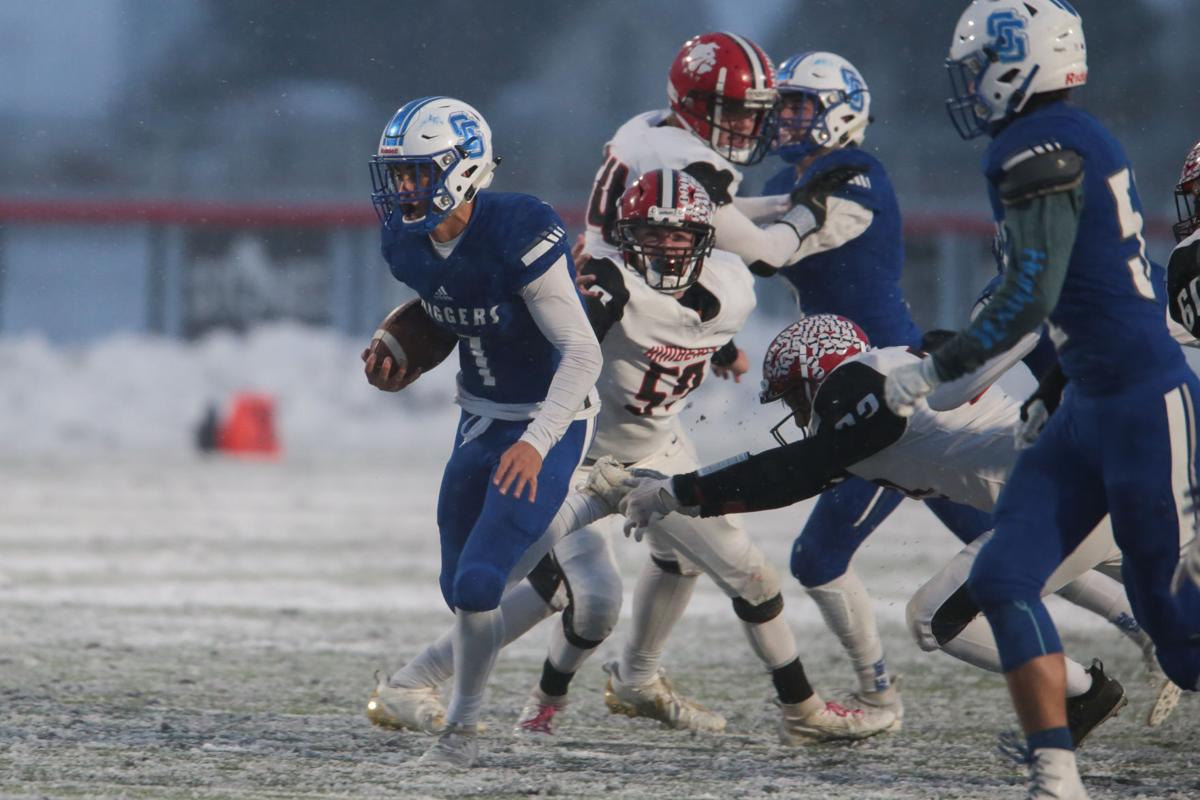 Crew Clark runs the ball as Sugar Salem takes on Kimberley at Madison on Nov. 13. 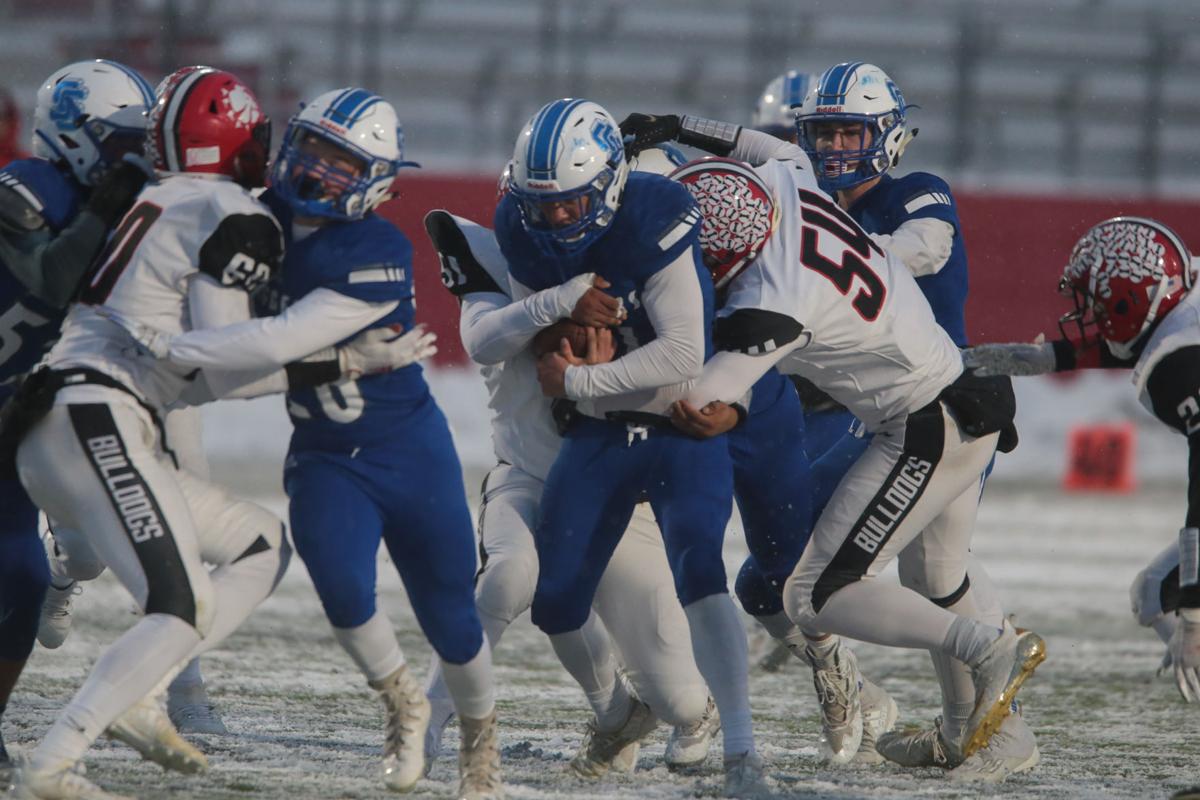 Crew Clark runs the ball as Sugar-Salem takes on Kimberley in the state semifinals last week.

Crew Clark runs the ball as Sugar Salem takes on Kimberley at Madison on Nov. 13.

Crew Clark runs the ball as Sugar-Salem takes on Kimberley in the state semifinals last week.

REXBURG – The two-time defending state champion Sugar-Salem Diggers are on their way back to the 3A football state title game.

Yet this wasn’t supposed to be.

With a 35-27 win over Kimberly at Madison High School on Friday, the Diggers pushed to 9-1 and into a title match against the winner of Saturday’s South Fremont-Homedale game.

With just nine seniors on the 2020 roster and only three returning starters from 2019, many doubters looked at 2020 as a learning opportunity.

But you know what they say.

“All our lives we’ve been known as the rebuild group, and we were always told our year would be a rebuilding year,” senior defensive end / left tackle Spencer Blaser said. “But we have come in, earned our spots, and proved we could compete.”

Blaser and the rest of the Sugar-Salem line did just that Friday, competing with Kimberly’s big front on both sides of the ball in a game that was not quite as close as the score.

After exchanging touchdowns in the early going, Sugar scored three unanswered touchdowns to push the score to 35-12 at the end of the third quarter.

Kimberly (8-3) scored twice in the fourth quarter to do more than just save face, however.

Following a blocked punt and a quick score, the Bulldogs made it a one-score game with 91 seconds remaining.

Kimberly’s ensuing onside kick was smothered by Kaden Summers, however, sealing the win.

Logan Cutler led the Sugar rushing attack with 159 yards and three TDs on 27 carries. Teammate Crew Clark added 109 and a score on 17 carries.

Senior center Teagon Brower gave credit to the Diggers’ 315 total yards – all rushing – to players who didn’t even take the field.

“Honestly our scout team sets the tempo super high for us in practice and make it hard for us during the week,” Brower said. “They really get us ready.”

Now it’s on to the title game, which will be in the Boise Valley should Homedale win, or an all Mountain Rivers Conference affair in Rexburg should South Fremont win.

The Cougars were the only team to beat Sugar this season.

Either way, Brower is looking forward to the closing this rebuilding year with a W.

“I would like another shot at South Fremont, but I wouldn’t mind going over to Boise either,” he said.