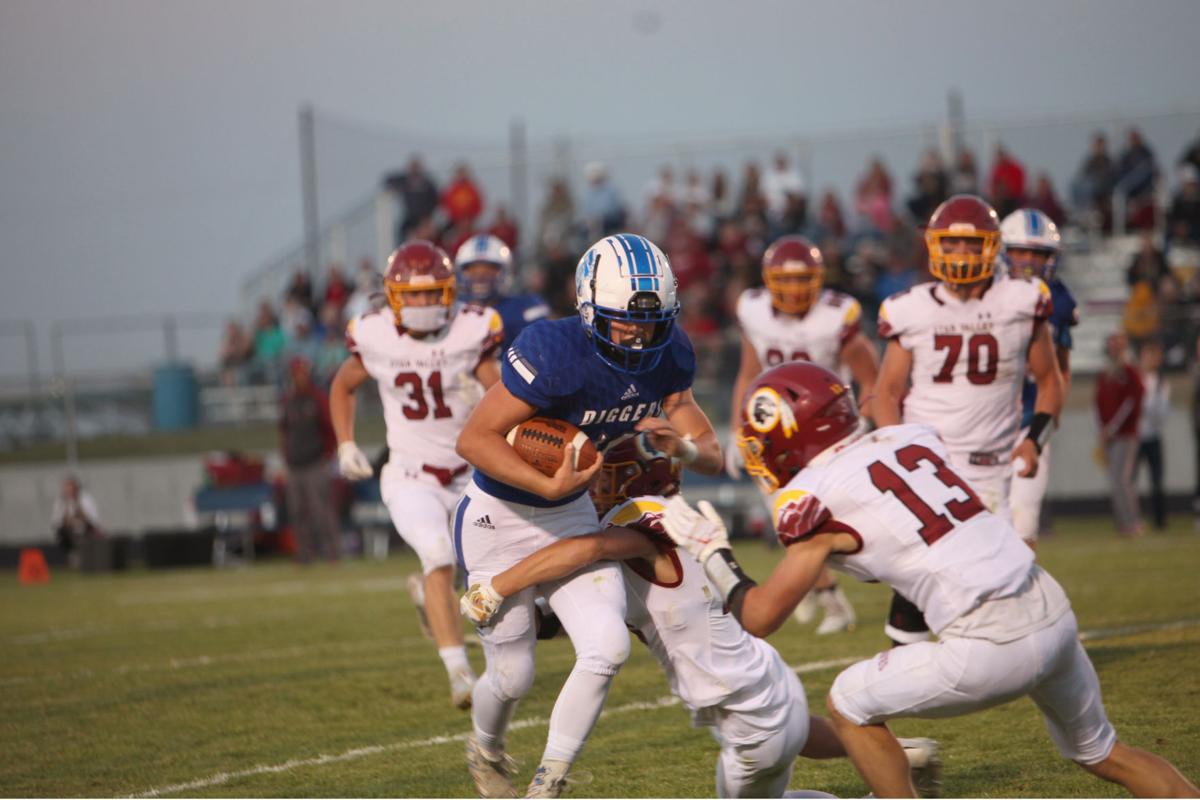 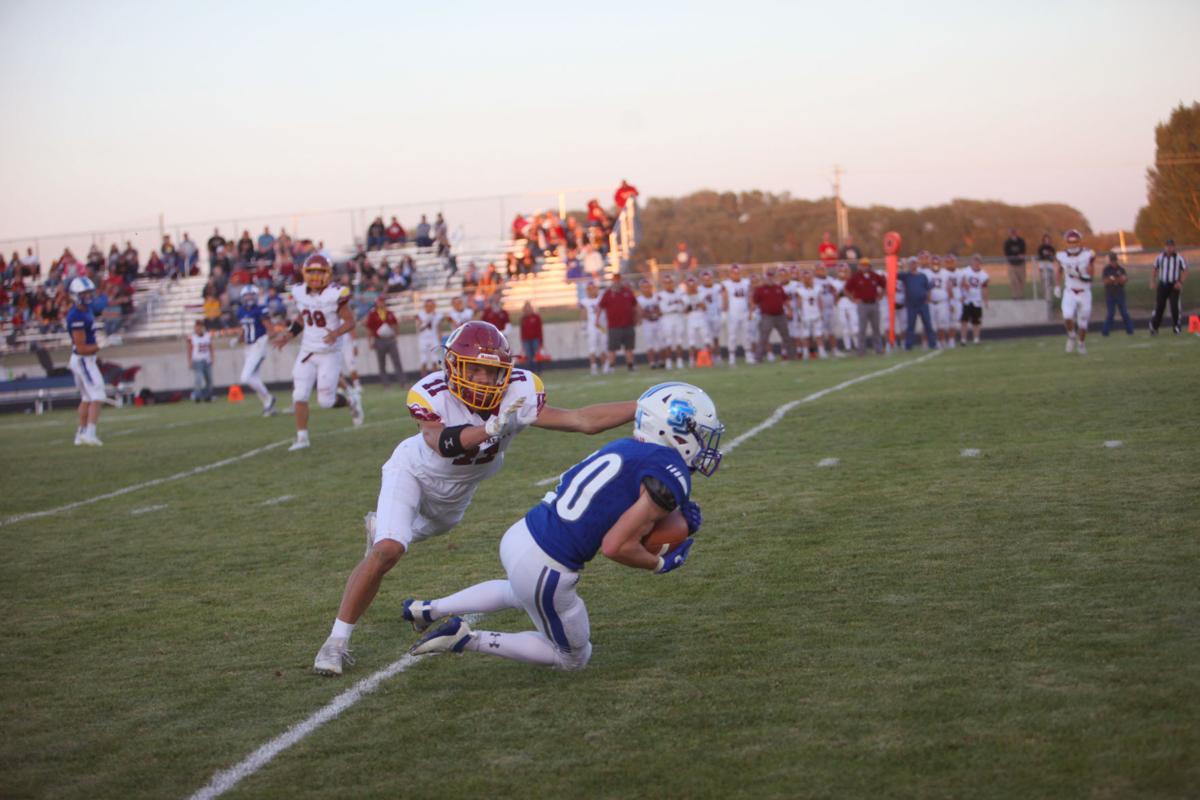 Sugar-Salem running back Wyatt Harris goes to the turf to catch the football. 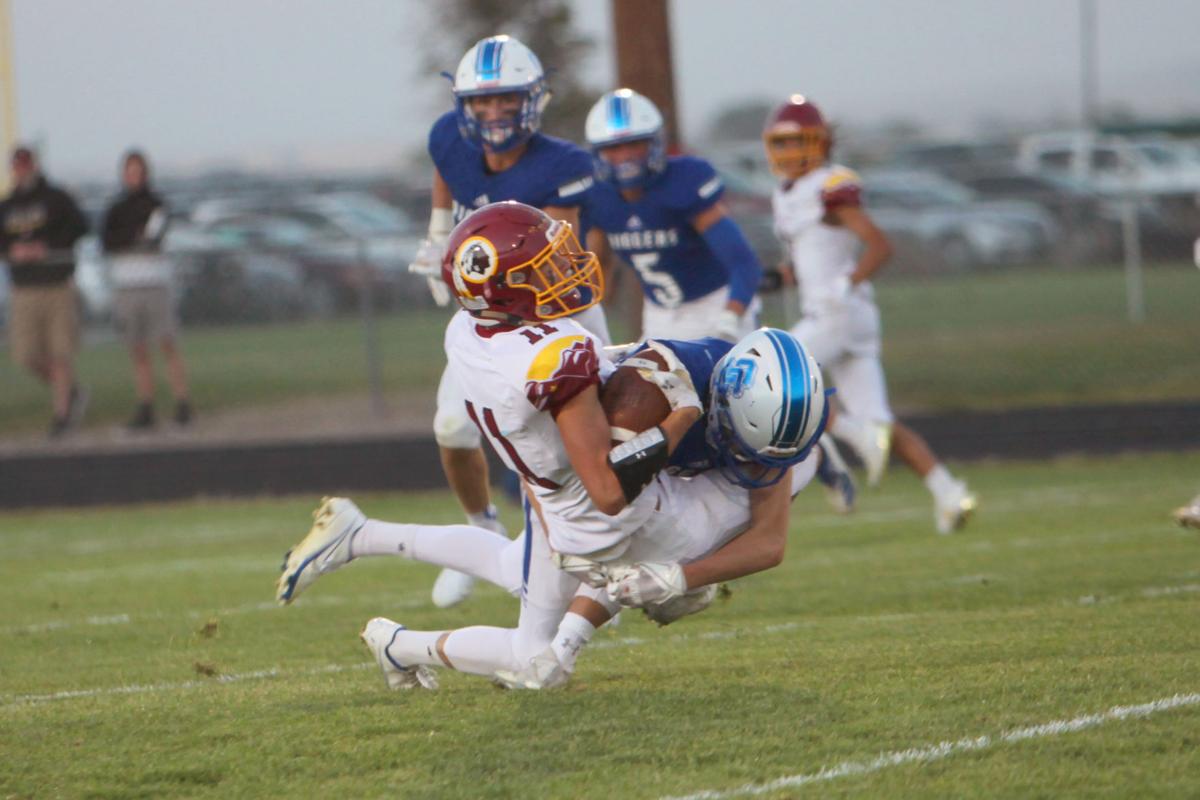 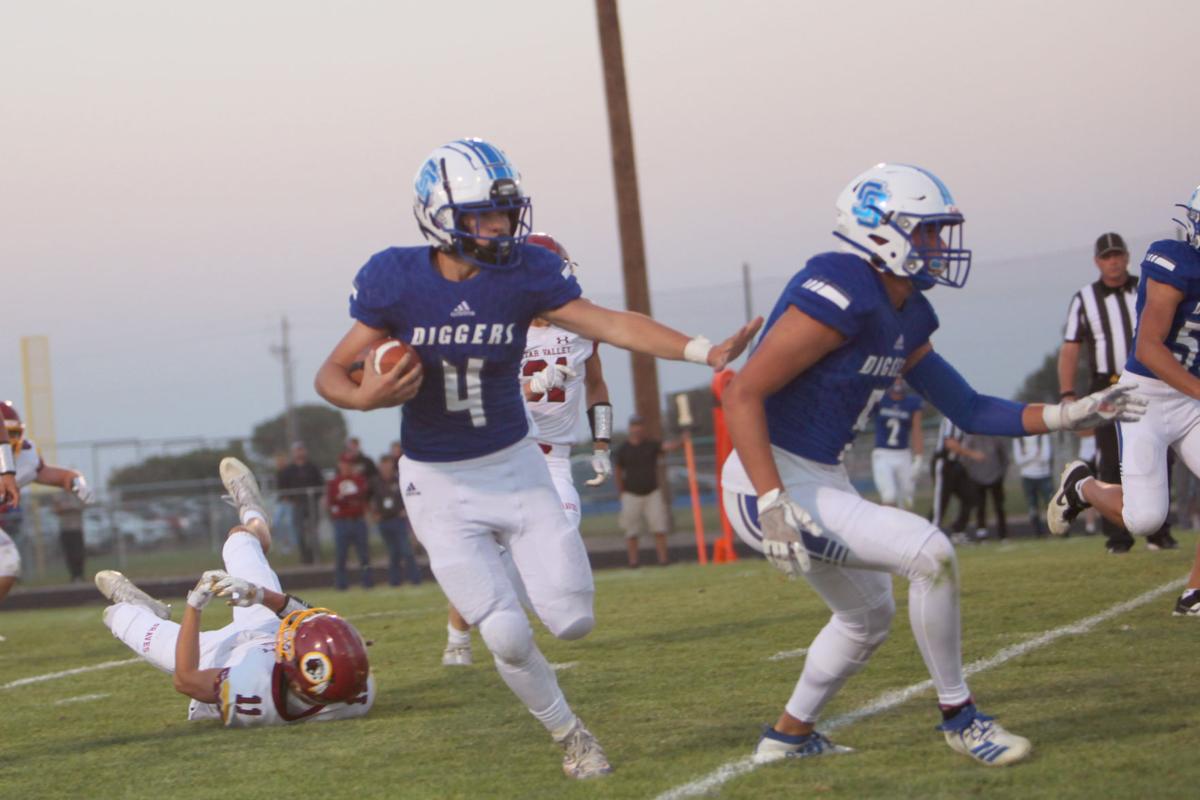 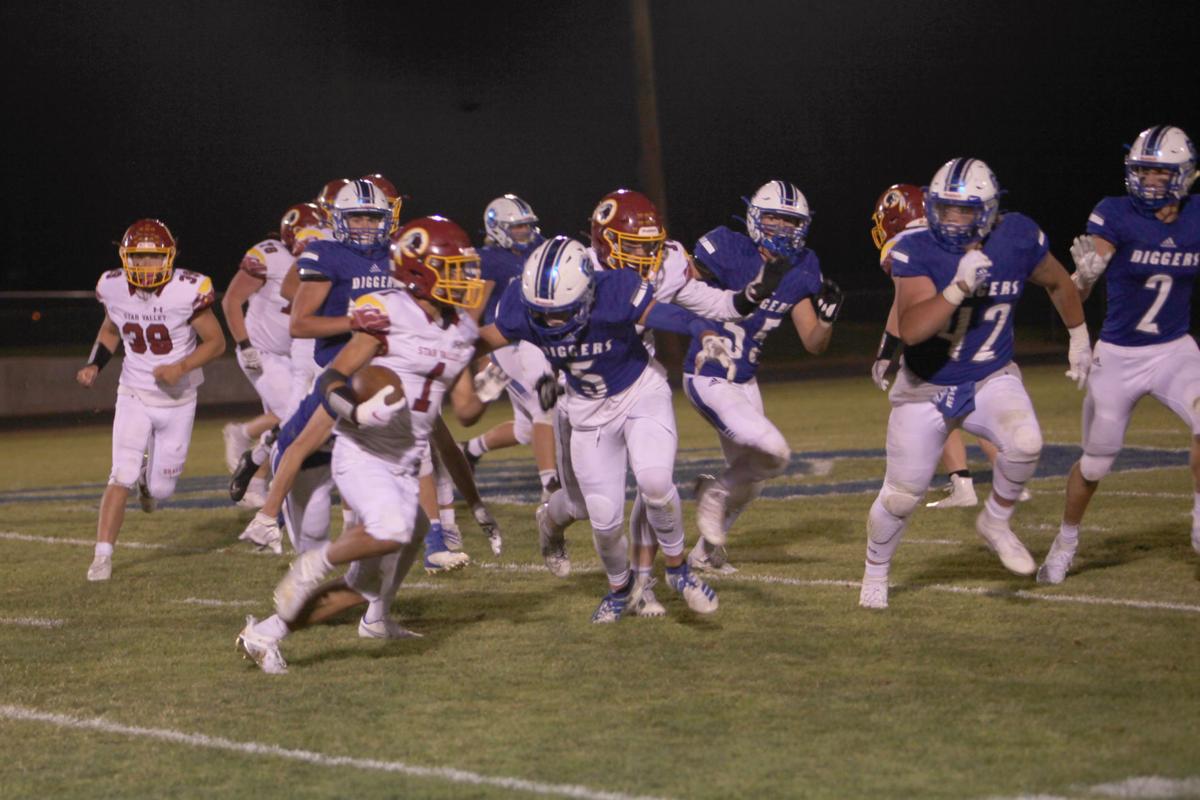 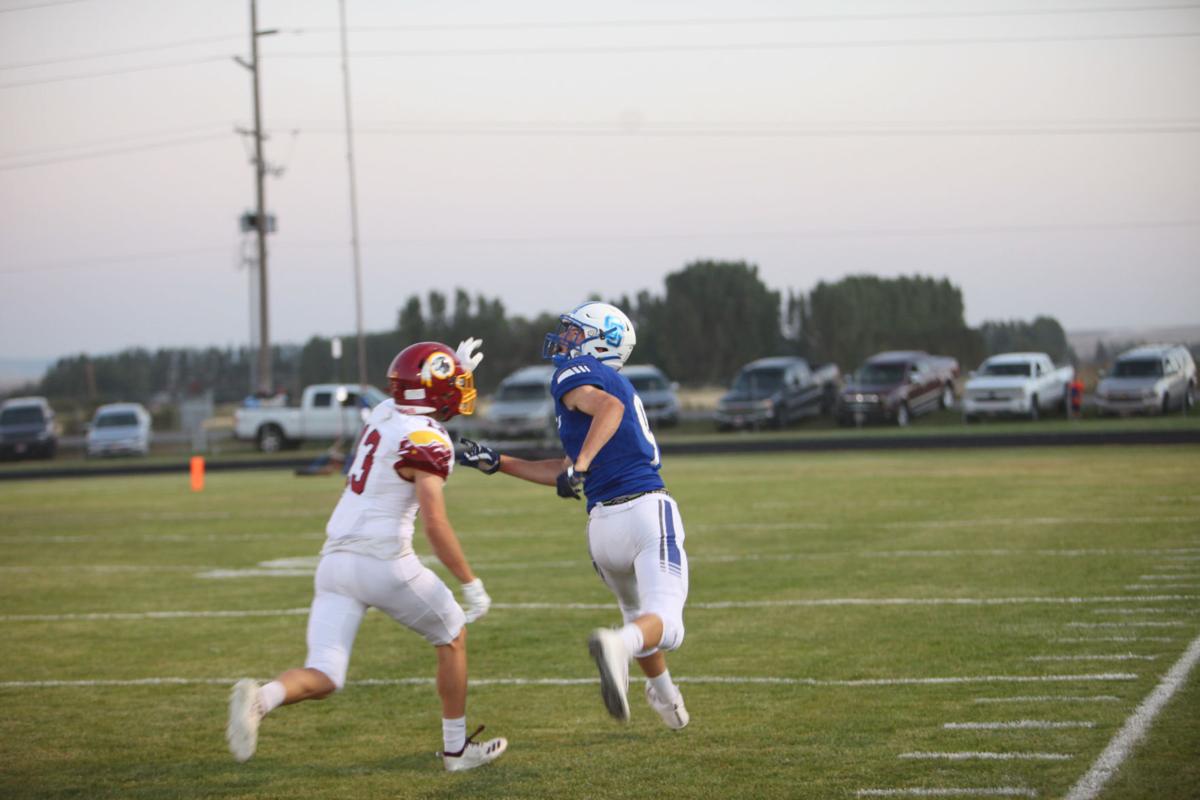 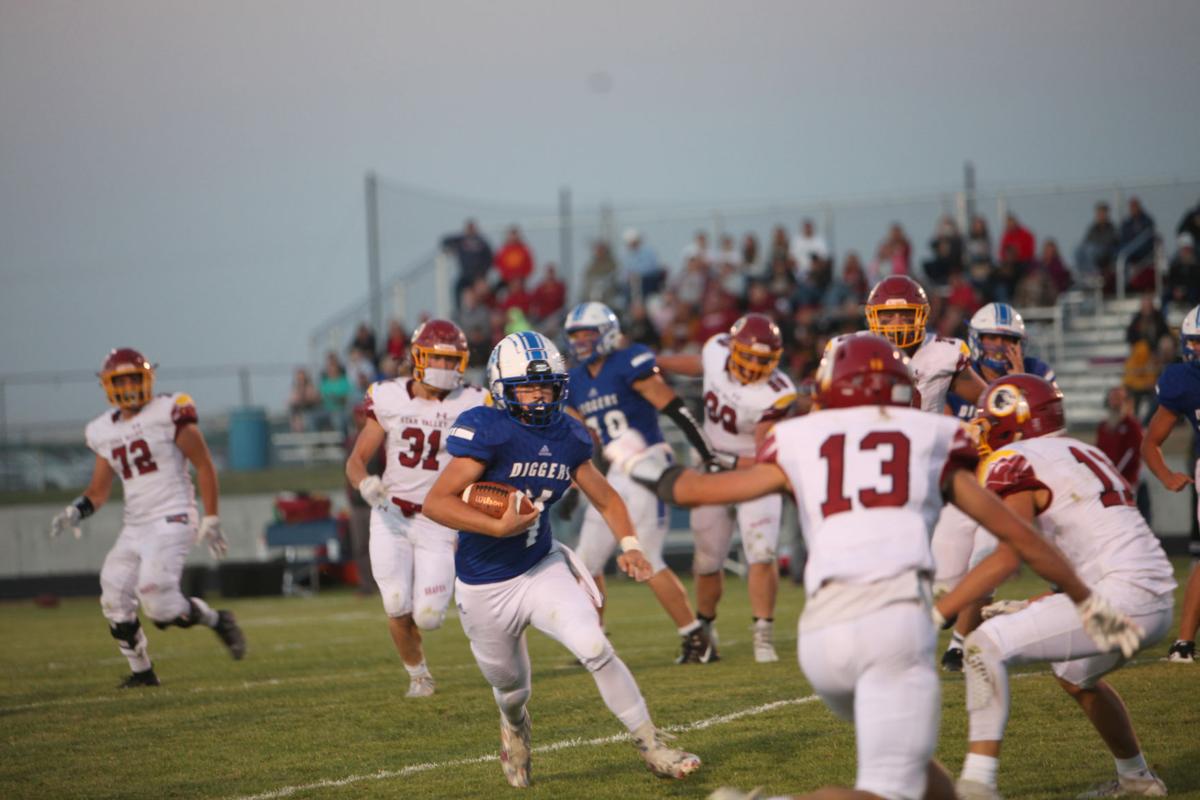 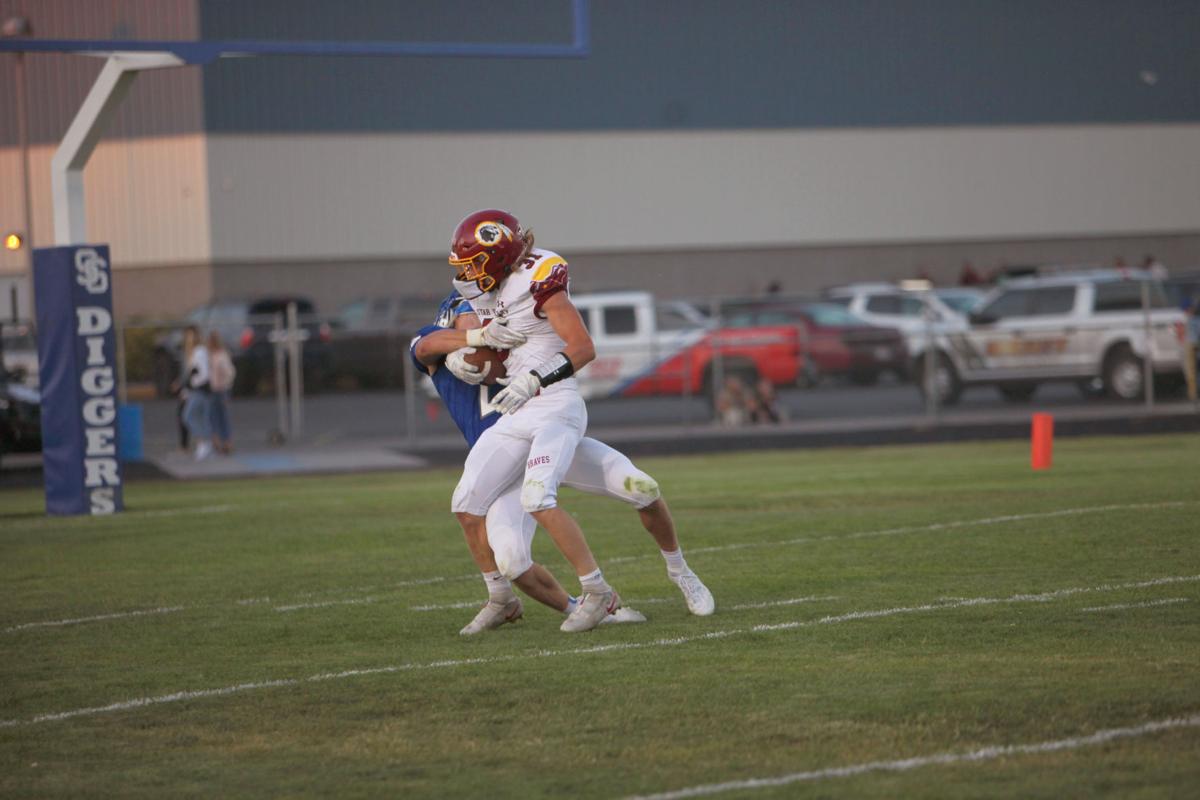 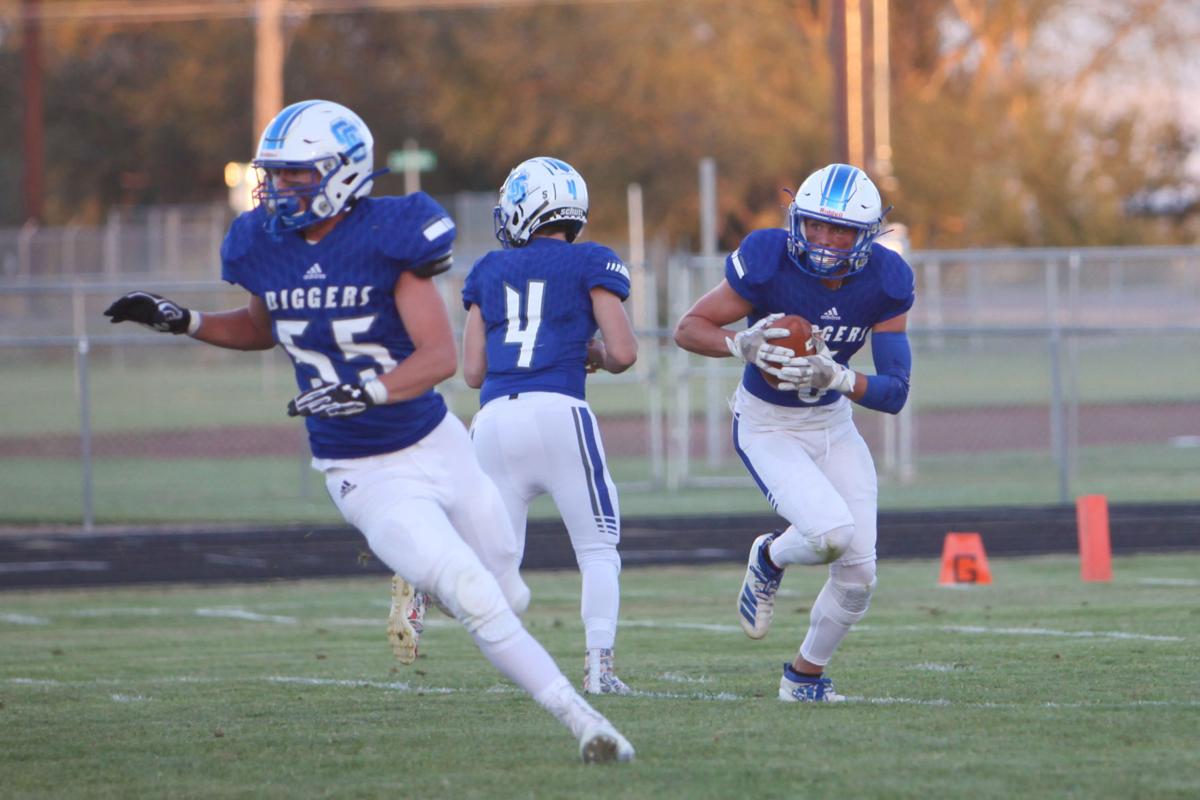 Sugar-Salem running back Wyatt Harris goes to the turf to catch the football.

Sugar-Salem went back and forth with Star Valley for three quarters before pulling ahead in the final quarter to avenge last season’s only loss by beating the defending Wyoming state title team 27-14.

The Diggers struck first when quarterback Kyzon Garner hit wide receiver Brigham Lee for a 42- yard touchdown bomb. That deep pass opened things up for a Digger team who likes to run the ball.

“I think that teams know that we like to run the football,” said Sugar-Salem head coach Tyler Richins. “Teams know that that’s what we continue to do well. When they load the box with eight guys, it opens up opportunities to throw the ball. We have that ability to make teams play a little more honest, a little more upfront and balance.”

Star Valley answered with a score of their own in the second quarter when quarterback Brant Nelson capped a 56-yard drive with a score.

Garner hit Lee for another deep touchdown in the third quarter to retake the lead. This time it was a 59-yard bomb.

Star Valley responded with a 20-play-84-yard drive later in the third quarter. Sugar scored on a 40-yard drive of their own and it looked like Star Valley was determined to score again before defensive back Jonah Schulthies came away with 8:11 left in the game to all-but seal the game for the Diggers.

“Any time you get a big turnover especially at that point in the game it just excites the team,” Richins said. It excites the defense and offense and, sometimes, kind of makes the other team doubt themselves. For Jonah to come up with that big play at that time was huge.”

Though Richins was delighted by Schulthies takeaway, he wasn’t surprised.

“He’s been doing good things for us all year on defense and on offense,” Richins said. “We’re just glad that he was in the right place and is making the right reads and he was able to make a great play. I’m just real excited for him to be able to make that play for our team at that time.”

Another 45-yard touchdown drive officially sealed it for Sugar.

Garner had his best game of the young season completing 10/15 passes for 144 yards and three touchdowns.

“I felt like being able to get our passing game going was huge for us,” Richins said. “Just that connection between Kyzon and Brigham last night was real solid. We knew that Star Valley was going to be a real physical, tough, run-stopping team. We knew that we were going to have to keep them off-balance a little bit by being able to throw the ball a little bit and we were able to execute that.”

Lee hauled in four of Garner’s 10 completions for 117 or Garner’s 144 yards. Garner led the team with 53 rushing yards; the next highest rusher was Dax Zollinger with 18 yards.

Sugar-Salem will play its homecoming game next week against Marsh Valley. The Diggers have played the Eagles five times in the past three years but has not lost any of those games.

For the first time this season, North Fremont went on the road but the venue didn’t seem to make much difference as the Huskies still dominated 36-6.