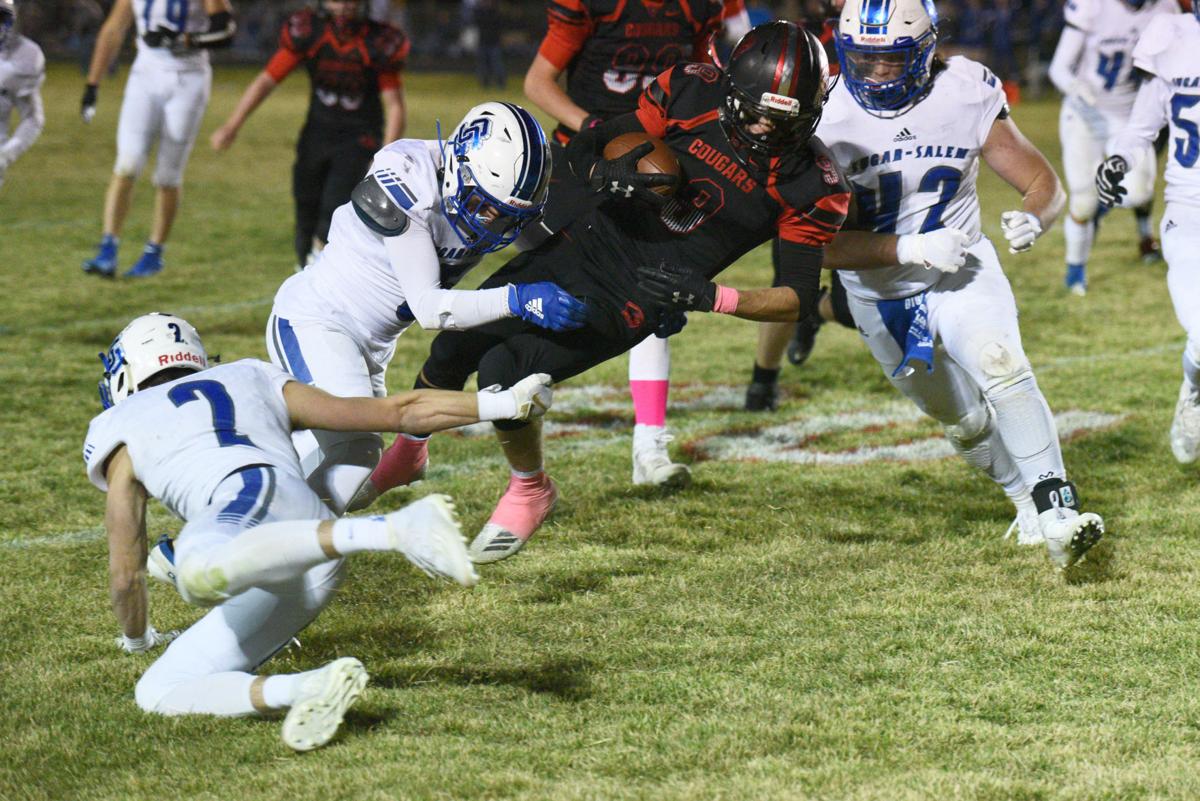 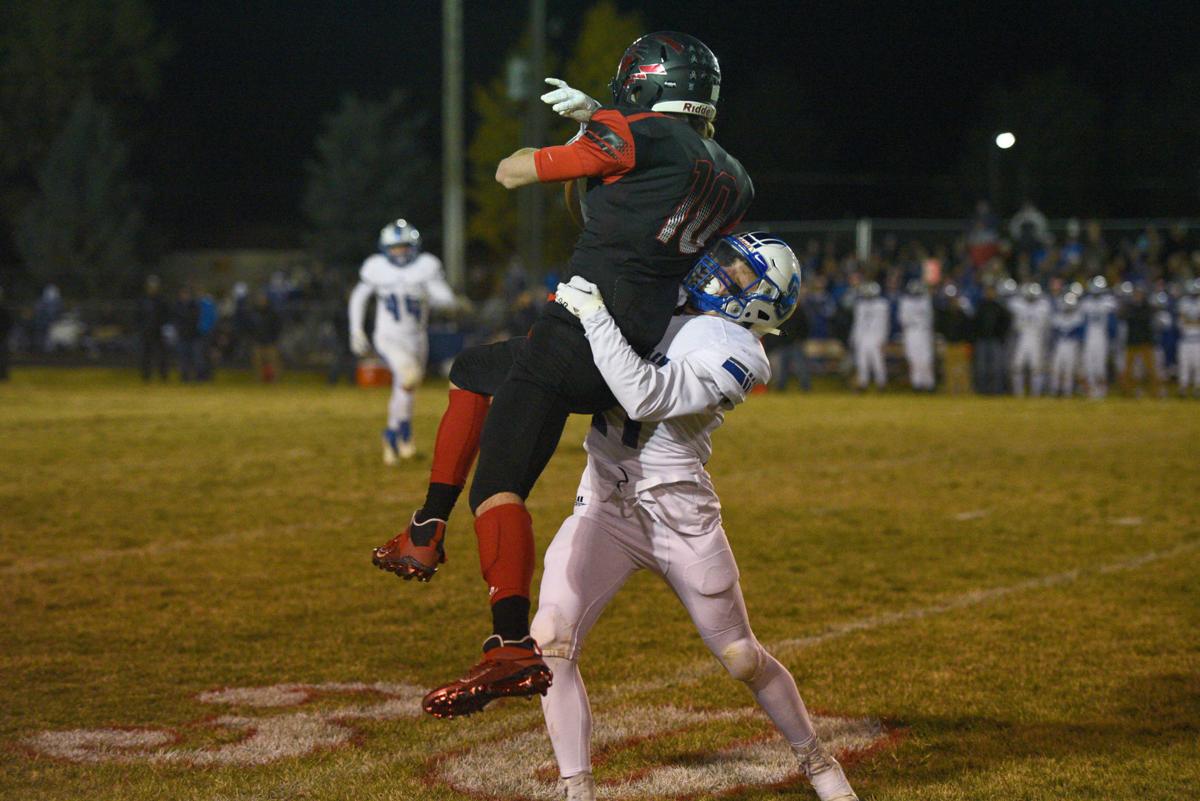 South Fremont’s Cooper Hurt goes up to reel in a big catch.

South Fremont’s Cooper Hurt goes up to reel in a big catch.

It’s been four long years since South Fremont last handed Sugar-Salem a loss. This year’s victory was extra sweet as the Cougars played spoiler to their number-one-ranked rival, handing the Diggers their first loss, winning 27-21 in a back-and-forth heavyweight bout.

The Cougars led for nearly the entire game but Sugar kept it close throughout.

After South Fremont went up 21-7, Sugar rallied with a touchdown drive of its own, then linebacker Ryan Harris took back an interception 20 yards for the score to tie it up seconds later making the score 21-all at halftime.

As the third quarter came to a close, South Fremont drove into the red zone again but after its first three downs netted negative yards, quarterback Kaimen Peebles hit receiver Dallin Orme in the corner of the end zone for a toe-tapping catch to put the Cougars up 27-21.

The Diggers had three chances to tie or take the lead with drives starting with about seven minutes, about 4 minutes and a little over a minute on the clock but South’s defensive line enveloped Sugar-Salem quarterback Kyzon Garner.

South Fremont’s offense made clutch plays on both sides of the ball throughout the night.

“I thought we had a bunch of different guys step up,” Hill said. “Cooper Hurt had a huge game. We just kept moving the chains when we needed to.”

Peebles played another strong game throwing for 337 yards and four touchdowns with one interception and rushing for a team-high 40 yards. He completed 15/33 passes for an absurd 22.5 yards-per completion.

“Our receivers made plays,” Hill said. “Kaimen made some great throws. I thought our O-line pass protection was much better than a couple of weeks ago. It gave Kaimen a little time and he did his thing.”

Jonah Schulthies had a career night for the Diggers catching nine passes for 92 yards and Ryan Harris ran the ball 11 times for 66 yards.

After losing to Sugar three years in a row and watching the Diggers hold up the state championship trophy, South Fremont will be the rivalry game winner for the next year.

“It was awesome,” Hill said. “It’s a pretty sweet feeling for these boys. They’ve put in a lot of work since last year and it payed off a little bit tonight. I’m excited for them.”

To complete what it started, South Fremont needs to beat Teton next week —in chilly, possibly snowy, Driggs.

“This is a big win for us,” Hill said. “A big win for our program. There’s one more out there that we have to take care of if we want to be district champs. We have to refocus on Monday and make sure we’re ready for Teton because they’re a great team too.”