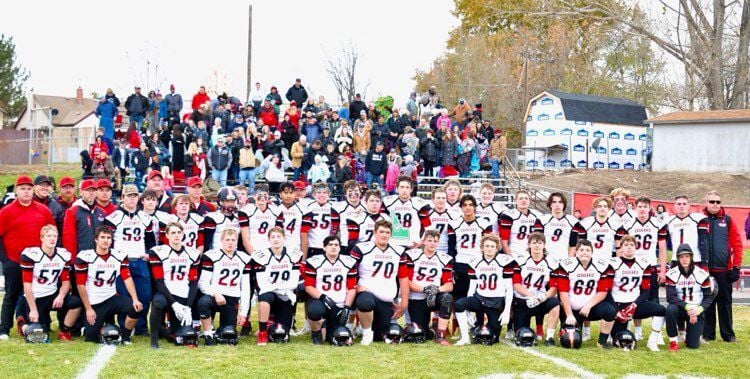 South Fremon poses for a photo with their third-place trophy. 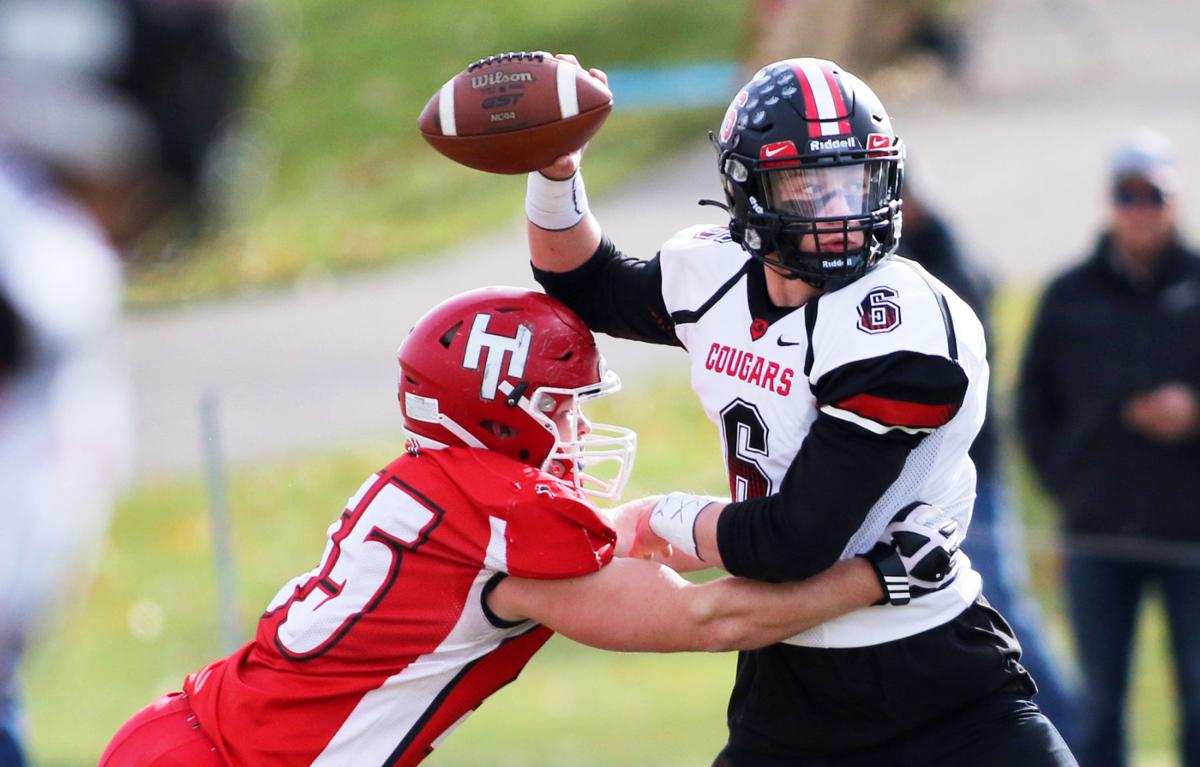 South Fremon poses for a photo with their third-place trophy.

South Fremont’s 48-28 semifinal loss to Homedale was a tale of four acts. Two of those acts went well for the Cougars and another went alright but the one that went terribly wrong dominated the scoreboard.

The Troans and the Cougars traded scores throughout the first quarter and into the second quarter. Wide receiver Cooper Hurt ran 66-yards on a reverse to set up a six yard TD run by quarterback Kaimen Peeble’s early in the second quarter to tie the game at 14.

Homedale kept scoring mostly behind the legs of massive running back Hayden Kincheloe. By the middle of the third quarter, Homedale led 41-14.

That’s when South rallied. Peebles captained two straight drives both capped by touchdown passes to Tag Bair, his second and third of the afternoon.

The final act began in the middle of the fourth quarter when South Fremont forced Homedale into third-down situations twice but once again the Trojans scored. That gave South Fremont 5:01 to score three times. The game was all but over.

Hill said that although Kincheloe ran well but the Homedale offensive line primarily made it so the Trojans didn’t have hide what they were doing. Kincheloe ran the ball 35 times for 348 yards.

“They’re a lot better up front [than Gooding],” Hil said. “We couldn’t get off of blocks and it seemed like they always had one more blocker than we had defenders at the point of attack. He ran hard but he had pretty good gaps. We just weren’t getting enough guys to the football tonight.”

28 points is a pretty good showing for any offense even one as prolific as the Cougars.

“I thought our offense played well all night,” Hill said. “We did get stuffed on a few plays. I thought Dallin Orme and Easton Kerbs made really big plays to keep some drives alive. Then Tag Bair made some big plays there at the goaline.”

“I thought Kaimen made some big plays,” Hill said. “They were getting pressure on him all night but I thought he was escaping well and extended plays and ran hard. I thought he played really well.”

South Fremont will bring back many of their primary pieces next season including Peebles, Three offensive linemen (T. Ross Rigby, Carter Vinning, Kash Purser), Two wide receivers (Cooper Hurt, Easton Kerbs) and a running back (Rylan Miller). Many of those players looked good at the end of the season.

“We’re pretty excited about next year still,” Hill said. “I think we should be right back in the mix. If guys put in some time and get a little bit bigger and stronger, I think we’ll be right there to compete again next year.”