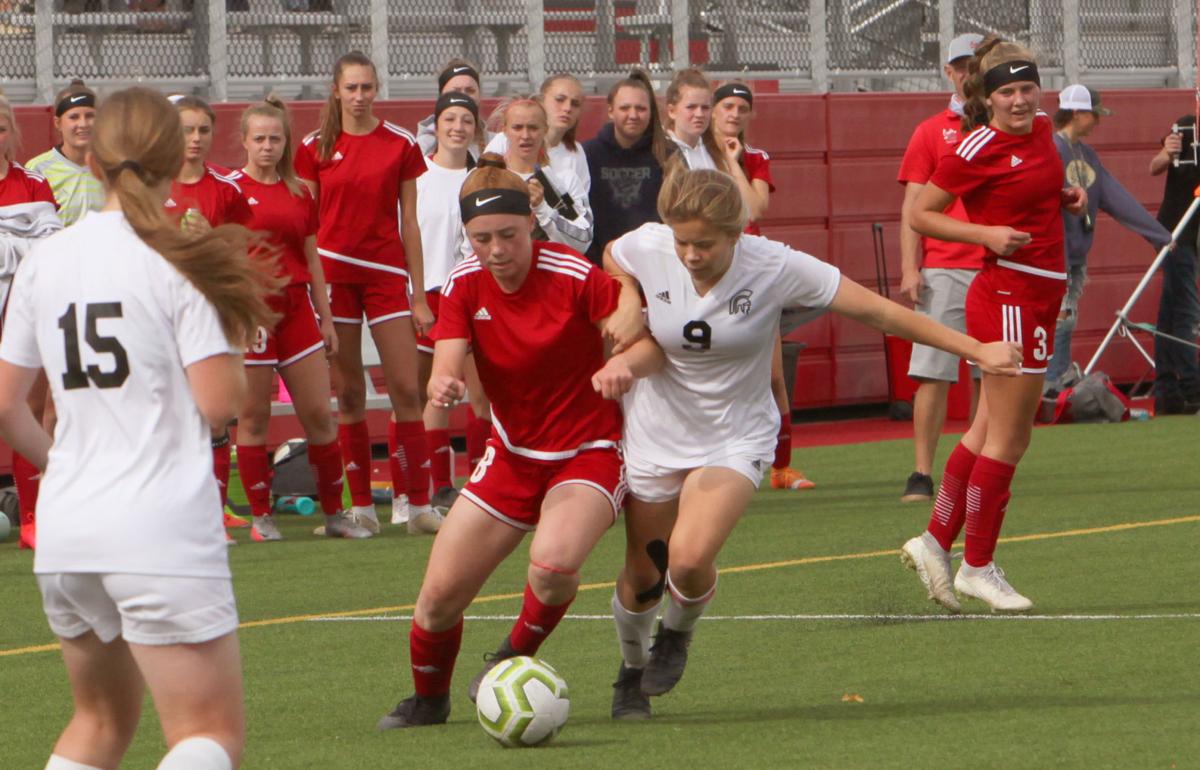 Madison’s Lacie Little battles a Rigby defender for the ball in the Bobcat’s 1-0 2OT win in the 5A District 5-6 tournament Saturday. 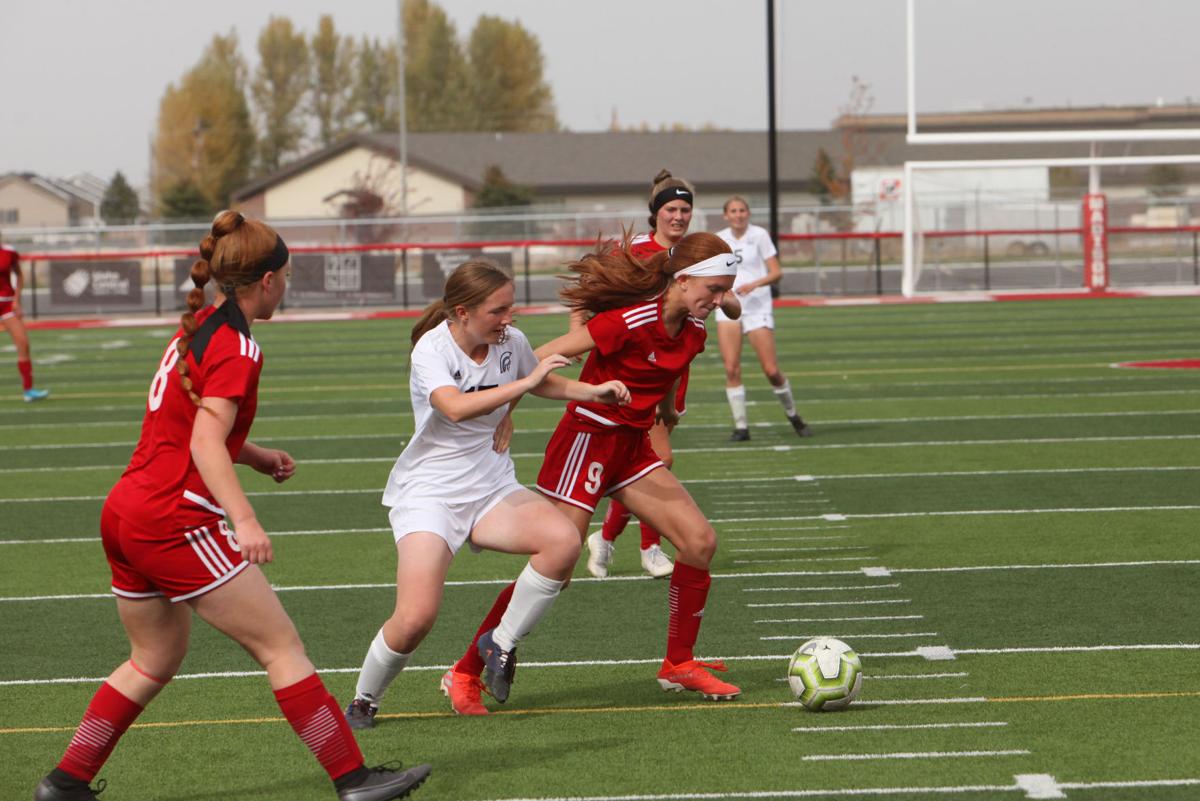 Madison’s Anna Tonks breaks away from a Rigby defender.

Madison’s Lacie Little battles a Rigby defender for the ball in the Bobcat’s 1-0 2OT win in the 5A District 5-6 tournament Saturday.

Madison’s Anna Tonks breaks away from a Rigby defender.

You can’t get much closer than a 1-0 victory like the one Madison had over Rigby Tuesday in their final regular season game. And yet, Madison and Rigby played an even closer game Saturday in their district tournament opener with the Bobcats coming out on top 1-0 in double overtime.

Lacie Little hit the game winner with 5:21 left in the second overtime period. Little took a shot from near the sideline seconds earlier and the Trojan defense deflected it away from the goal. The ball ricocheted maybe ten feet outside the goal on Little’s side, Little raced to the ball and knocked into the opposite corner of the goal away from the goalie.

“Lacie did a good job,” Birch said. “We connected on a few passes and got her into a dangerous area. Funnily enough, we’ve been practicing that same sort of cross in that space and she’s just tenacious enough. That’s one thing I love about Lacie. She’ll give you everything until her heart explodes. She was gassed but she’s just going to keep going and going.”

Little goal was a result of some improved passing by the Bobcat offense.

“You could see it coming,” Birch said. “We did a lot better job wearing them down in the middle near the end of the game. You could see that we were starting to connect passes better. You kind of just let them fall back to their fundamentals.”

Rigby kept the ball on their half for much of the long game and had several shots on goal, a surprising development considering Madison’s sweep of the Trojans in the regular season.

“It was just reminder that these girls have great skills and Rigby’s really improved,”Birch said. They kind of know what we love to do and they do a really good job of trying to shut that down. They know we’re really good at playing those through balls and trying to use our speed to get the goal. We had to be a little more creative and it took us a little while to get that worked out.”

Three of Madison’s four losses this season were one-or-two-point games.

“I’m proud of the girls, as a team, they had to work really hard today and they proved that they could do it in a tough situation,” Birch said. “We’ve had a couple of those close ones go the other way this season so that makes me pretty excited to keep moving in the district tournament.”

Madison will play Idaho Falls Tuesday in Idaho Falls after the Tigers had a first-round bye. The winner of that game will play Highland in the district title game after Highland smoked Thunder 8-0 in their tournament opener Saturday morning.

Madison won the first matchup with IF 3-0 then fell 2-1 of September 29th.

“[Idaho Falls has] improved quite a bit,” Birch said. “The first time we played them we got, I don’t want to say lucky, because we did some quality finishing but when we played them at home you could see they changed some of their game plan and moved a couple of players around. Then they did a nice job of finishing on some quality chances. That’s going to be a good match. We kind of came out of that second game with a little bit of a bad taste in our mouth. We love that we have the opportunity to play them again.”