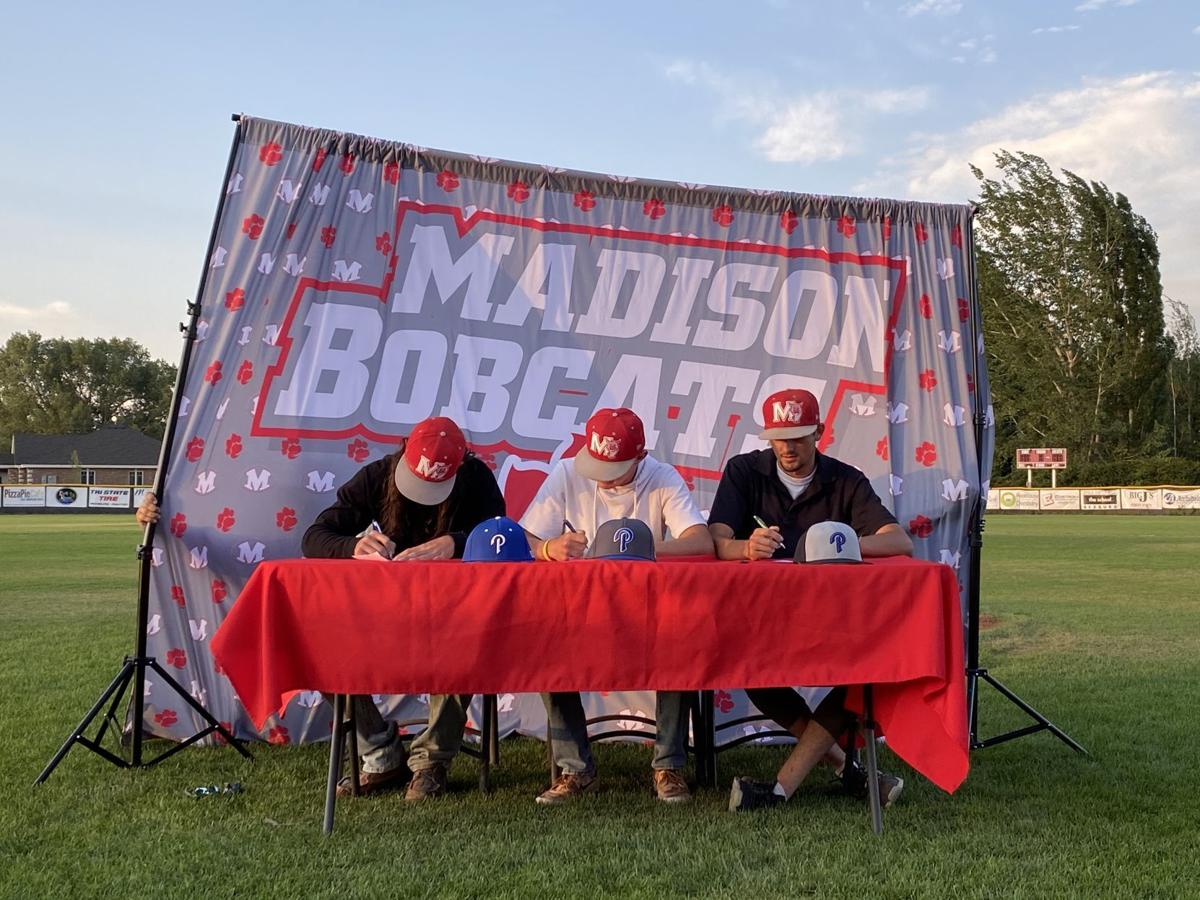 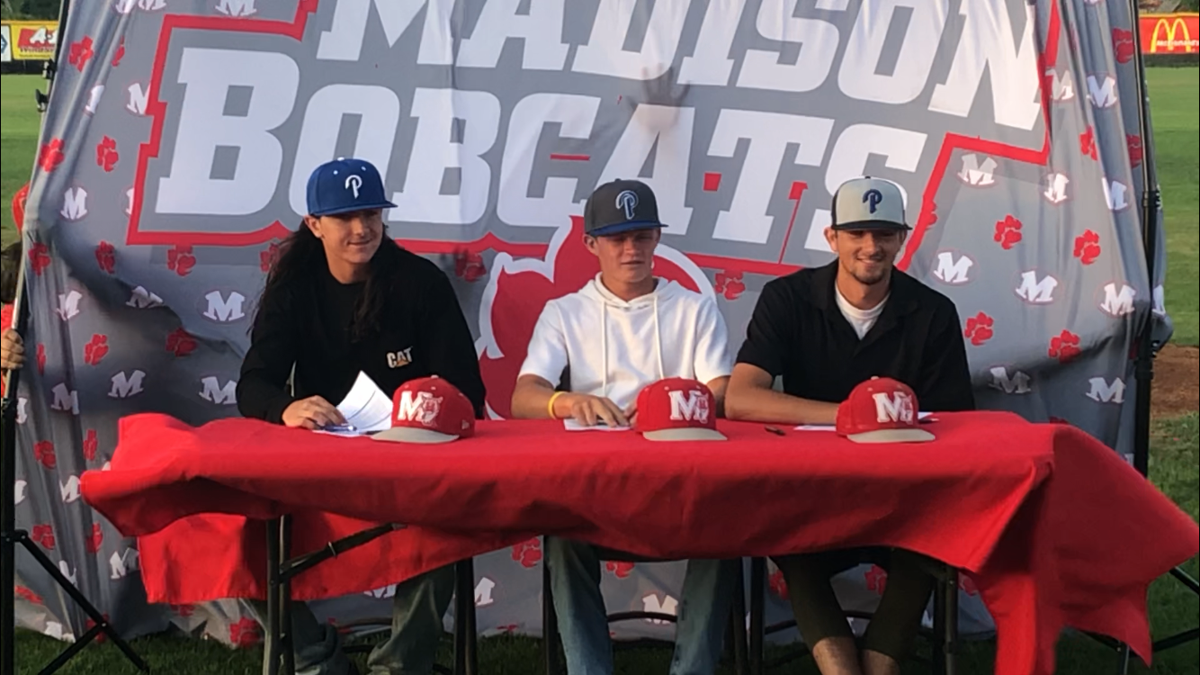 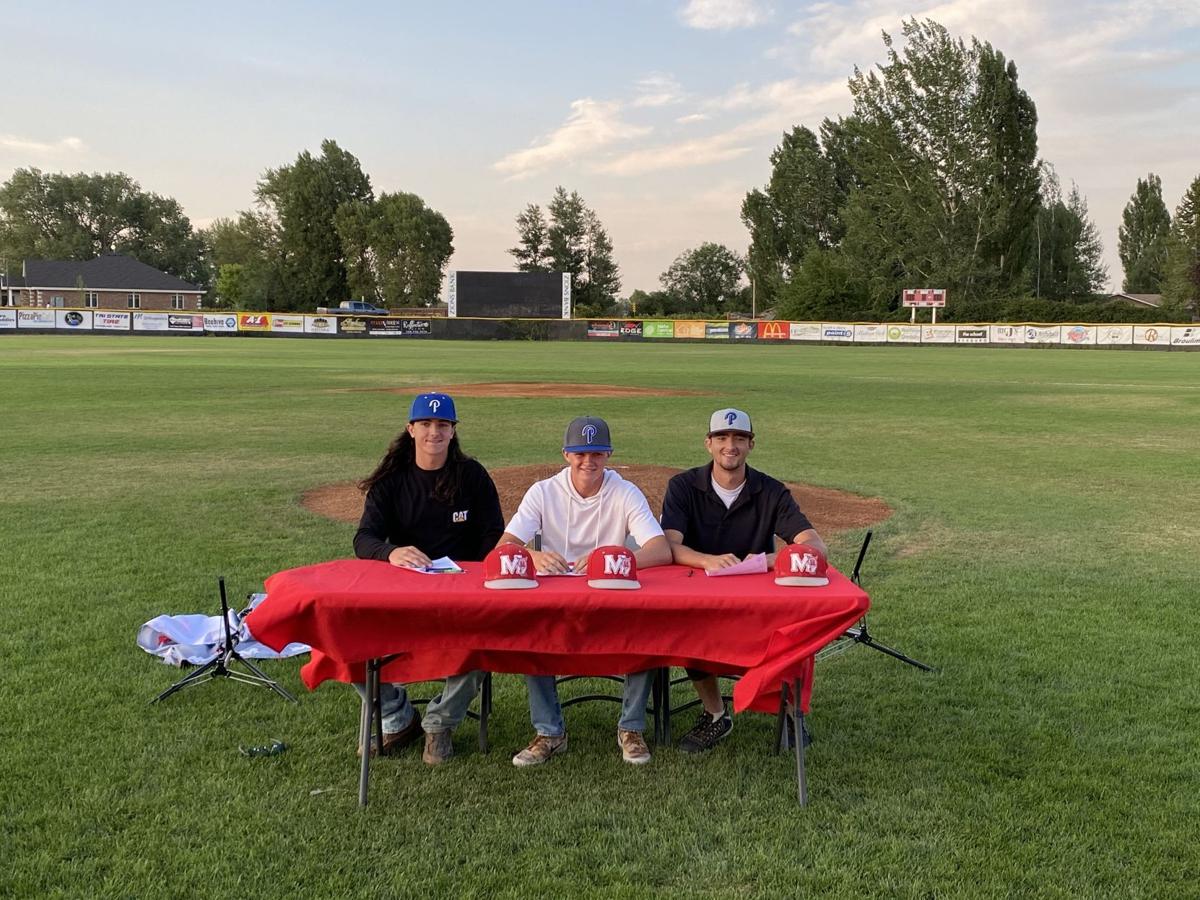 Dylan Rydalch, Brendon Ball and Mason Flanary have been playing baseball together since they were in elementary school and even though they all graduated and are going off to college, they’re not done playing on the same team.

Rydalch was the first to be recruited by Miles City. Rydalch first met Miles City head coach, Jeff Brabant, when he and his Legion baseball team, the Madison Cats, played several games in Jackson, Wyoming, earlier this summer.

Brabant watched Rydalch play against 6A Utah powerhouse Lone Peak. In that game, Rydalch shut the Knights out for five innings before being pulled. Usually, Rydalch doesn’t hit when he pitches, but he hit against Lone Peak and posted two RBIs.

After the game, Rydalch’s father came up to him and said that coach Brabant wanted to talk to him.

“That was the first time we talked,” Rydalch said. “So throughout that weekend, we kind of just sat down, and we talked a little bit about how it was going to go. Like his standards and everything like that. He was just a super good guy, and I can tell he has my best interest (at heart).”

As the team continued to play in Jackson, Brabant also noticed Ball and Flanary. By the end of the weekend Brabant had all of their numbers and began texting all three young men.

Hearing that his friends were being recruited to come with him was good news for Rydalch.

A few weeks later, the three boys and their parents took the seven-hour drive to Miles City to see the campus.

“It was on a Sunday, so it seemed like a ghost town kind of,” Ball said. “But it was pretty sweet. They had the coach there and his wife, and they showed us around campus. Honestly, it looked like a pretty chill place to live and go to school.”

The visit was quick but with the empty campus, the boys didn’t have to mask up on campus despite the state-wide public mask mandate in Montana.

“Everywhere in Montana, you’re required to wear a mask, so that was kind of different,” Rydalch said. “(Brabant) first took us through the dorms. We got to see our dorms, and then we went through the campus, the gym and then the hitting facility and then finally we went to the field. It was kind of cool to just go hang out with the coach and his wife. Then we had my parents, Brendon’s parents and Mason’s parents — it was a pretty fun group to go hang out with.”

On the visit, the three boys all-but-decided they were going to go to Miles City together.

“I was the first one to commit,” Rydlach said “Then I pushed super hard to get them to commit because I knew it would make it so much easier to go.”

Brabant was a large factor in the boys’ decision to play together.

“We really like the coach — he was a really nice guy,” Flanary said. “He was really interested in us. That’s kind of what made us choose him. He was really talking to us and trying to get us to come.”

Flanary, who spent most of his time during the COVID-19 shutdown working on his family’s farm, really appreciated the hard-working and winning culture Brabant told him about.

“They’re a really good team,” Flanary said. “They win their conference almost every year, and that says a lot about a program. (Brabant) talked to us about it, went through workouts, went through what we’d be doing and how we do things. I just liked how they did things and all the work they put in.”

The teammates like the small-town feel of Miles City.

“(Brabant) said after practice most of the kids go huntin’ and fishin’,” Rydalch said. “I like that idea. That will be cool. It’s like a super tiny school, so the teachers will have a lot of one-on-one time. I kind of liked that it is a smaller school.”

All three boys are excited to play college ball.

“Right now, I’m looking forward to starting to play with the guys there,” Ball said. “It can be intimidating, but I’ve been preparing these last couple of weeks mentally and physically. Our coach sent us some workouts that we’re doing to get ready, and I’m just looking forward to playing ball with some people from all over the country and all over the world.”

“It feels really good,” Rydalch said. I’m super pumped. I’ve kind of had the lifestyle of a college athlete my whole life. I wake up early, work all day and get home late. I think that will be OK — especially with my best buddies there with me. I’m excited.”

“It’s kind of unreal going to play college ball, but I’ve been thinking about it my whole life,” Flanary said. “I never really thought the day would come. But once I went down there and checked out the school it kind of hit me that this is happening. I’m just glad that I get to go with Dylan and Brendon.”