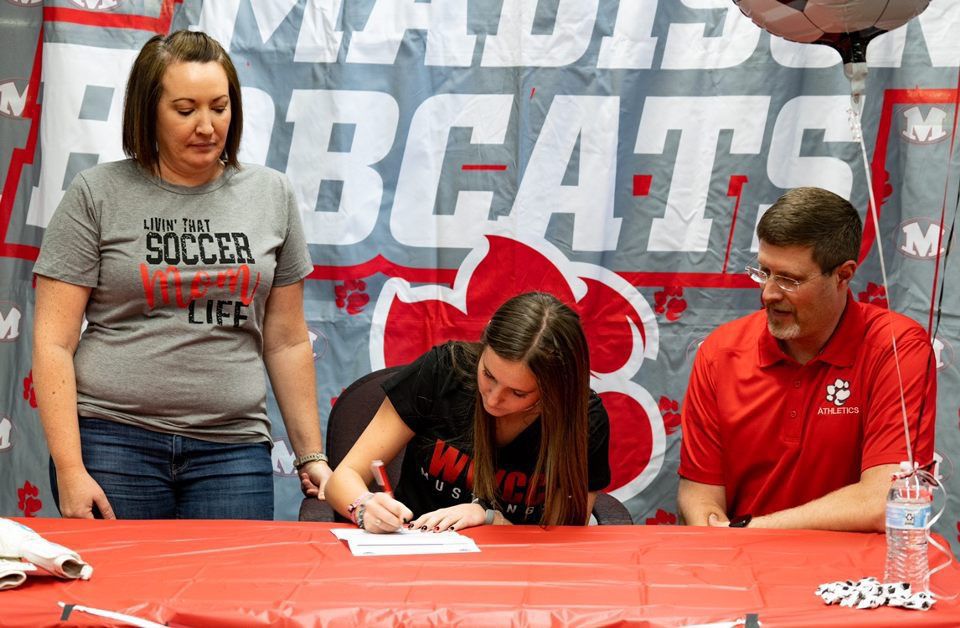 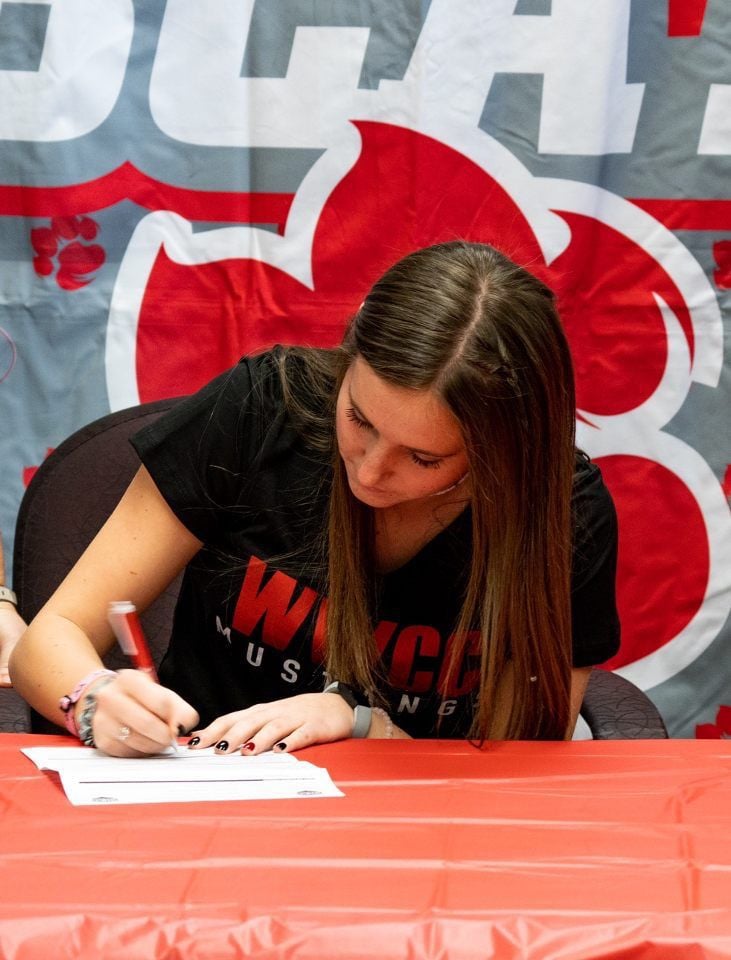 Madison goalie, Rachel Hicks has been a big part of the Lady Bobcats success the last four years as she provided the last line of defense on four district title teams. That era is over however as Hicks is moving on to bigger and possibly better things. Thursday she signed her letter of intent committing to play for Western Wyoming Community College.

Hicks’s recruiting journey started right where it will ultimately end at WWCC. It was the first college she visited and signs were positive. She traveled to Rock Springs on November 23 where she practiced with several of her soon-to-be teammates before they showed her around campus.

“It was my first one out of all of them,” Hicks said. “It was kind of a brand new thing but it was good. We practiced indoors in the gym because it was snowing outside so we couldn’t really play outside. We had an indoor tryout with some of the girls who were coming back as sophomores.”

“He was just super friendly. He knew a lot about the school,” Hicks said. “He kind of stayed in touch with me and was super nice and patient with my decision making. He was super supportive as I kept going to tryouts at different schools. I liked that.”

After completing her visits, WWCC stood out for a couple reasons:

“For one, it’s pretty close to where I live,” HIcks said. “Closer than the other two, which I liked that as a homebody. “

“The team was super nice when I was hanging out with them,” Hicks said. “It’s kind of just a homey, tight-knit community and I was really drawn to that.”

Hicks is slated to start at goalie next season and plans to study pre-physical therapy.

Hicks wants to thank all those who helped her get to where she can play soccer in college.

“Obviously, my parents have been the best,” Hicks said. “My high school coach, Jaymon Birch has helped me a ton with doing all the college stuff. I’m super grateful to him for that and for helping me love soccer as much as I do.”