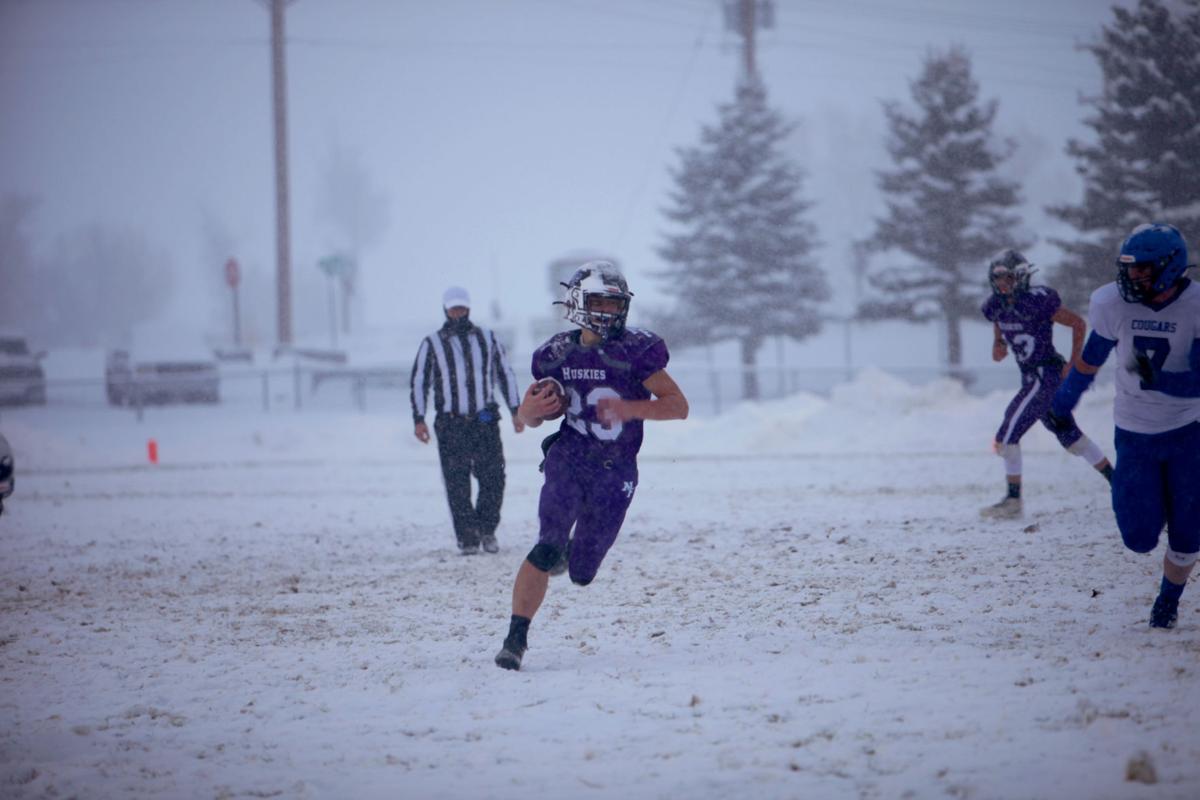 North Fremont’s Jordan Lenz carries the ball down the field during Friday’s 2A semifinal against Firth. 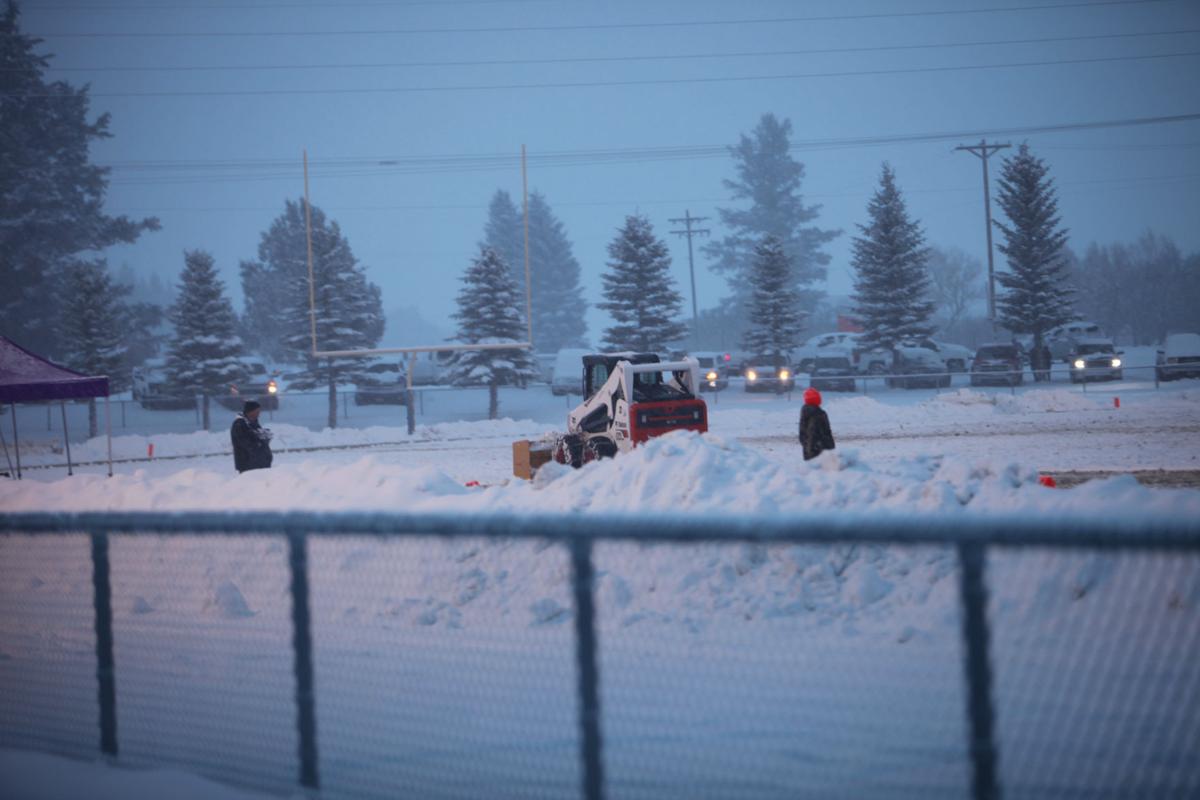 A skid steer loader attempts to clear the snowy North Fremont field at halftime. Skid steer operators tried to rid the field of snow throughout the game during timeouts and other breaks in play.

North Fremont’s Jordan Lenz carries the ball down the field during Friday’s 2A semifinal against Firth.

A skid steer loader attempts to clear the snowy North Fremont field at halftime. Skid steer operators tried to rid the field of snow throughout the game during timeouts and other breaks in play.

Throughout the game the Huskies’ field was covered with about an inch of snow making it almost literal tough sledding for both offenses from start to finish.

On North Fremont’s first drive, Jordan Lenz scored on a 14-yard run to cap a methodical, eight-play drive similar to the drive the Huskies have relentlesslessly scored on all year long. Things were looking good for the undefeated team.

“We were able to march right down and get momentum early,” said North Fremont head coach Ben Lenz.

That was the last time an offensive player got close to the endzone.

The snow deeped and for over two quarters, both offenses struggled to find their footing.

“Up until the fourth quarter it was just a defensive battle,” Lenz said. “Those weather conditions make it tough on offenses to get in rhythm like you can in normal conditions. Both defenses made it tough on one another.”

Firth’s Taden Jacobsen tied the game up with a 70-yard fumble return for a touchdown in the fourth quarter taking the momentum for the Cougars in a nearly momentumless game. The extra point Firth gave the one-point lead they needed to take the game.

Lenz said the one-point game could have been decided by any one of many other plays going their way.

“We had our opportunities and different points,’ Lenz said. “A play here or there on either side of the ball could of changed things really easily. We weren’t able to pull it out in the end.”

Jordan Lenz led the Huskies with 22 carries for 105 yards and AJ Hill added 10 carries for 35 yards.

The Huskies outgained the Cougars by about 100 yards but it never quite showed up on the scoreboard.

“Weather conditions like that are kind of the equalizer and it puts a lot of pressure on your offense to come up with plays and I felt both defenses had that edge with the weather the way it was,” Lenz said.

Despite the scoreboard, Lenz beamed with pride for his players and coaches who have won 30 games over the past three seasons.

“Our kids fought hard,” Lenz said. “I was proud of them. Especially the seniors, they had a super season this year along with the seasons they had leading into this. It’s hard to see them play their last game, but I am extremely proud of them and how they represent our school and our community. They played their hearts out all year. I couldn’t ask for a better group of young men to coach.”