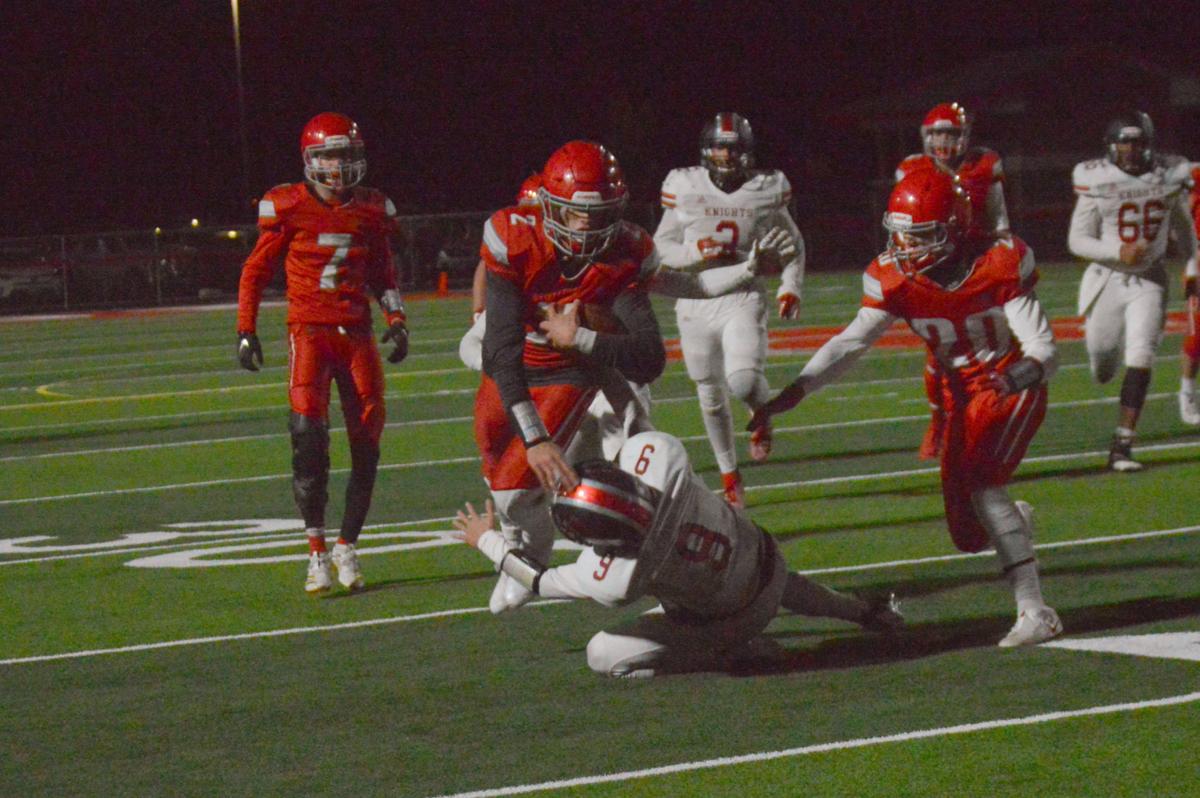 Madison’s Cordero begins to leap over a Hillcrest defender. 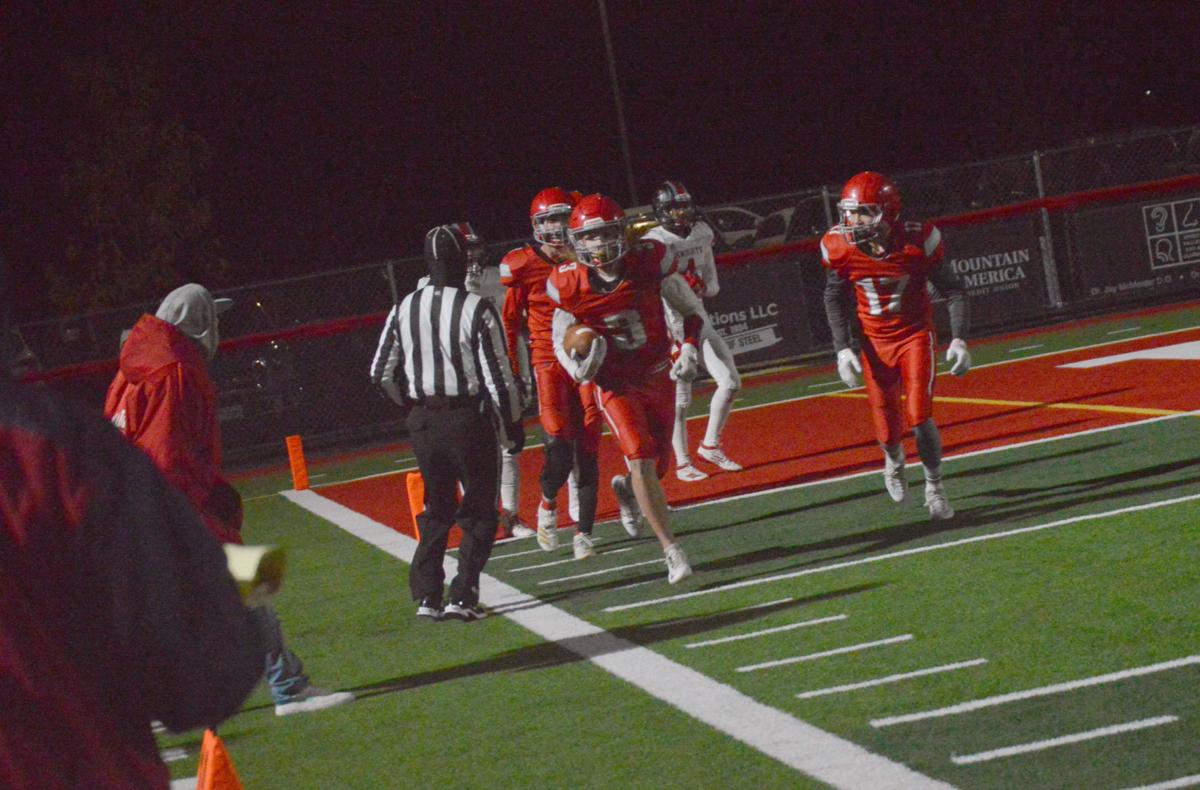 Madison cornerback Joseph Lundin strides out of the endzone after he intercepts Hillcrest’s final pass and the play is blown dead. 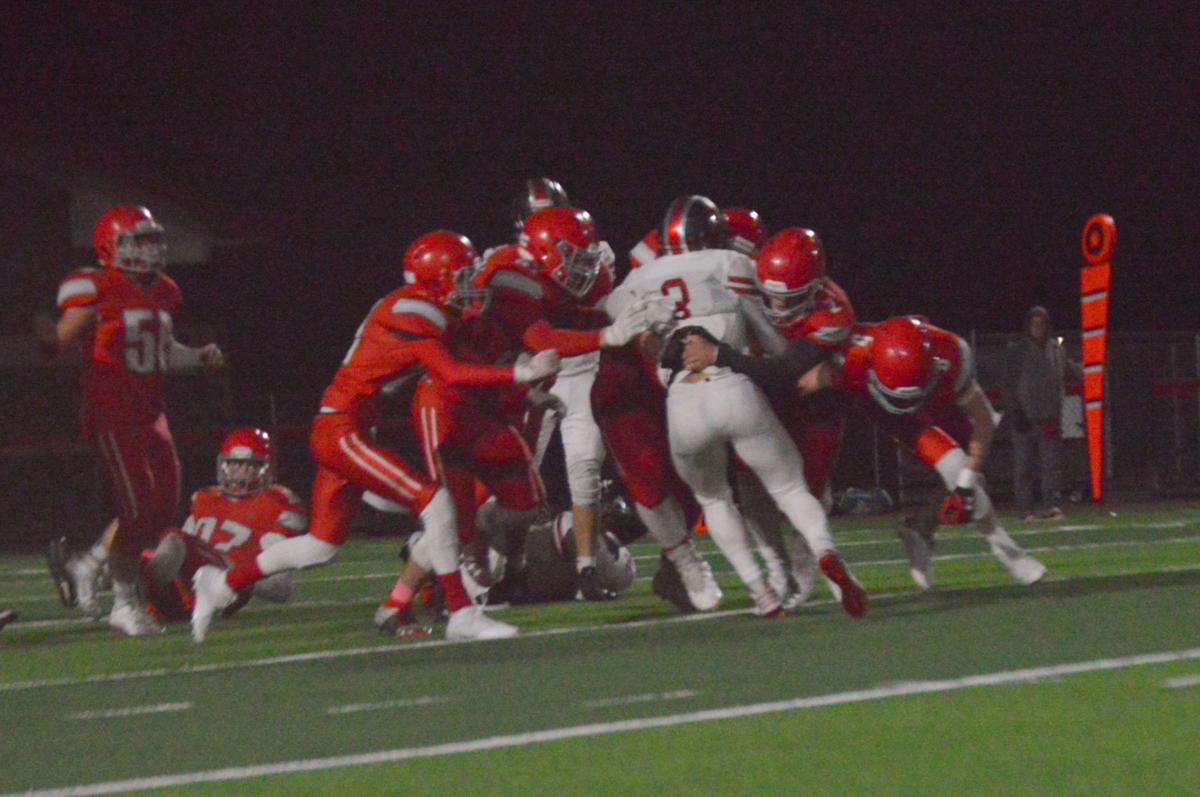 Madison’s defense stops a Hillcrest ball carrier in his tracks on third and long. 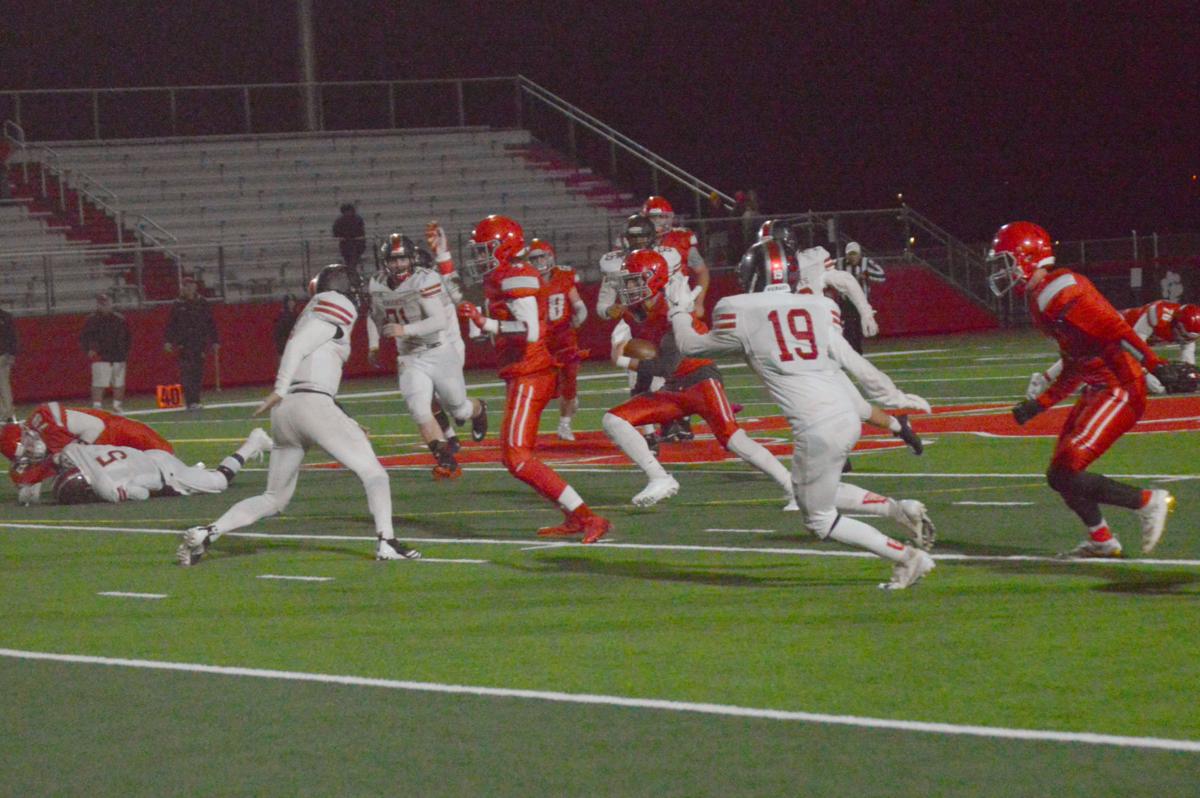 Madison’s Cordero begins to leap over a Hillcrest defender.

Madison cornerback Joseph Lundin strides out of the endzone after he intercepts Hillcrest’s final pass and the play is blown dead.

Madison’s defense stops a Hillcrest ball carrier in his tracks on third and long.

Madison snapped their four-game losing streak in another rainy game on the turf Friday beating Hillcrest 26-23.

After Hillcrest struck first, the Bobcats led for most of the game but after a fourth-quarter surge by the Knights, the game came down to the final couple series.

Hillcrest was within a score with five and a half minutes and after stopping Madison they ran back a long kick return giving themselves a short field. They drove inside the 20 then their drive stalled. On fourth and long, the Knights dropped back and threw it up in the end zone where Madison cornerback Joseph Lundin was waiting to pick it off. After securing the interception, Ludin stumbled out of bounds inside Madison’s one-yard line.

Madison’s offense took over in the shadow of their own goal posts needing just one first down to force Hillcrest to use their timeouts.

“My goal was just to get behind Gonzo (Dallin Gonzalez) one of my biggest linemen and just bowl ahead and just let him push me to, hopefully, get a first down,” Cordero said.

Cordero churned forward behind Gonzo for the first down then broke free for a moment before a Hillcrest defender brought him down.

“I just was pumping my feet and didn’t stop running,” Cordero said. “I somehow kind of broke through the line and got a couple yards. The goal in my mind was just to keep pushing and get as many yards as I can. I ended up getting a first down which was great.”

Cordero once again shouldered much of the Madison offense completing 11/20 passes for 187 yards and rushing for 148 yards on 21 carries.

Mark Williams led the Bobcats in receiving with four catches for 73 yards, Trey Holloway reeled in two receptions for 58 yards — both touchdowns. Joseph Lundin caught four passes for 45 yards and a touchdown.

Cordero said it was big to get a win after a tough stretch of games.

“We had a rough start but it was exciting,” Cordero said. “My line did a great job giving me time, letting me scramble and blocking for the running backs. It’s good to be back on our feet a little bit and get a win. Especially starting off with Hillcrest. Hopefully, we can move on and get the next couple games as well.”

Madison’s game next week is at Blackfoot. Cordero said preparation is the key to having success against Blackfoot.

“We have to bring it at practice and give 100 percent,” Cordero said. “My guys, they haven’t given up yet and they’re not about to. I see good things coming from us in the future.”