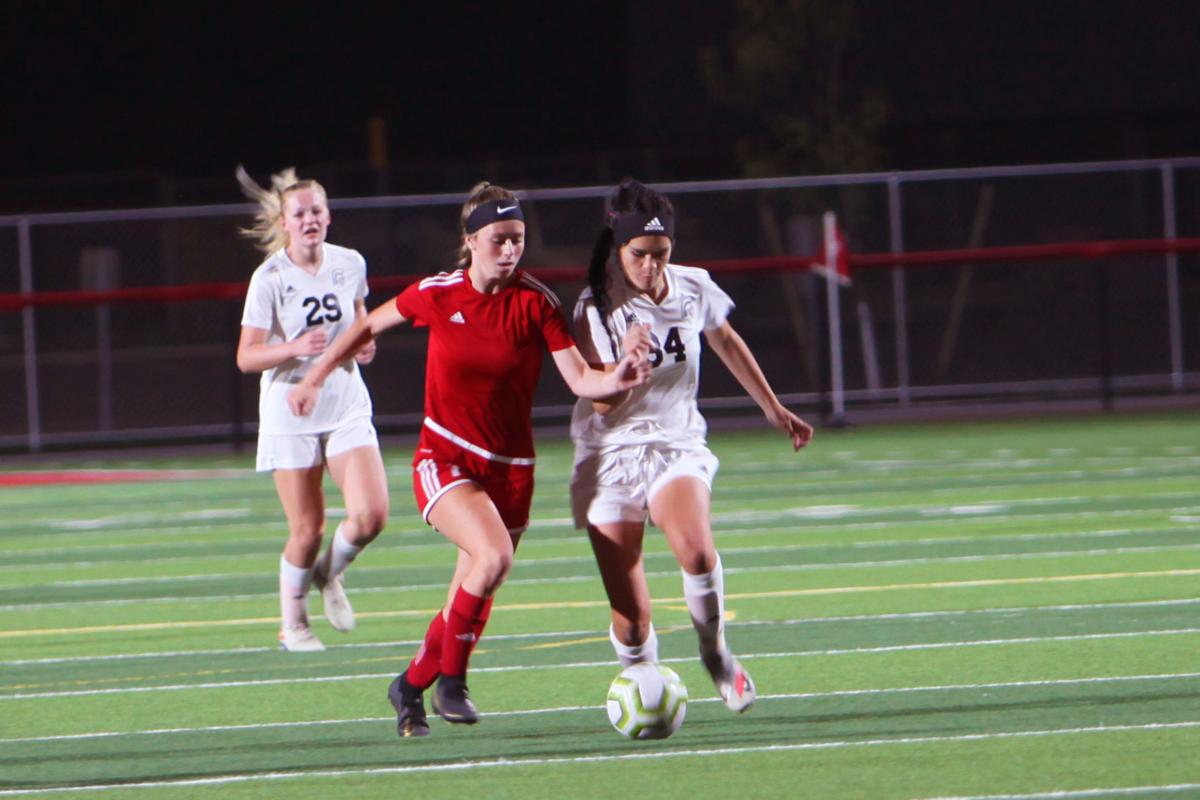 Madison's Zabree Clark(17) battles a Rigby player for the ball. 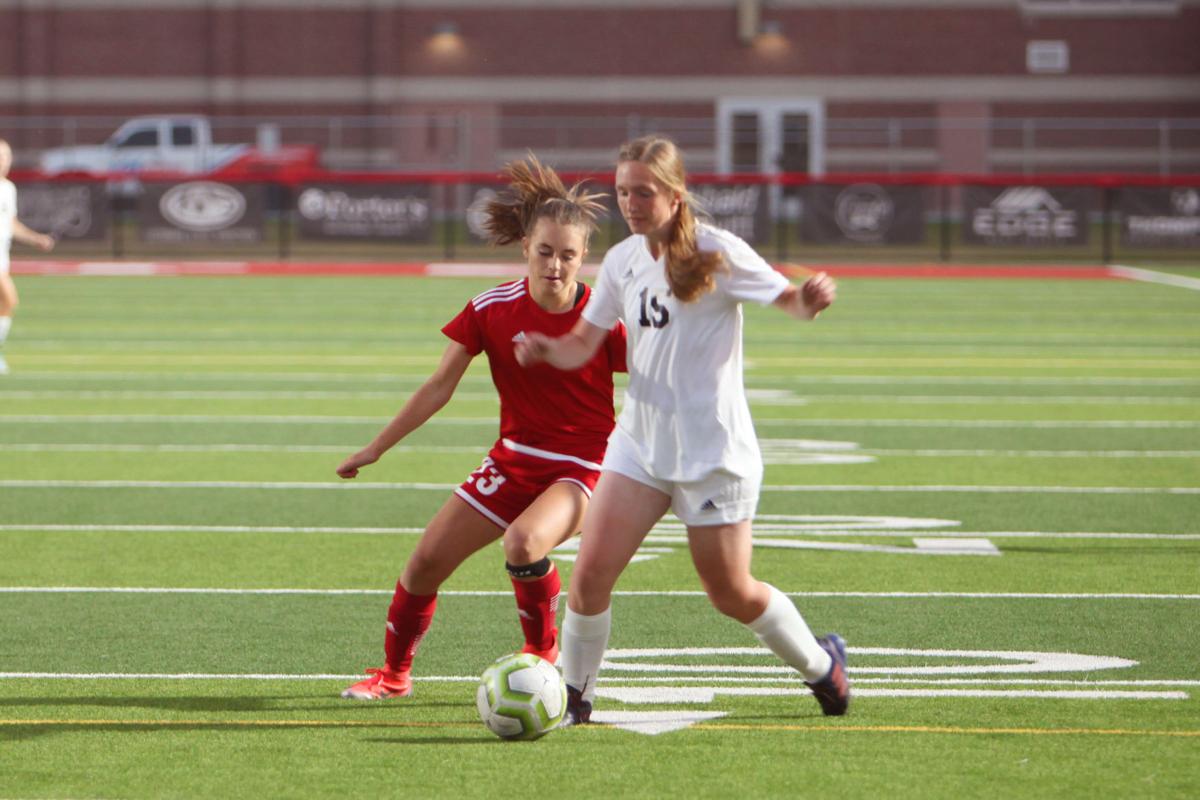 Madison's Zabree Clark(17) battles a Rigby player for the ball.

“That was one of the better efforts that we’ve had this season,”said Madison head coach Jaymon Birch. “We’ve had a terrible string of bad injuries. We’re glad to be getting a few girls back. It really showed in our speed of play and things tonight.”

“She’s playing at a really high level,” Birch said. “I think the thing that’s shown the most is her combination play with other players on the team. She’s able to connect then get the ball right back to her in good places. It makes it a whole lot easier because you don’t have to take on the whole defense by yourself. She’s recognized that and does a really good job of distributing and playing well on the turn before she opens herself up for a quick shot.”

Clark’s first goal came off of a combination assist from Abby Anderson and Lacie Little nine-and-a-half minutes into the first half.

“Anderson and Little got it to Zabree and Zabree did a really nice job finishing,” Birch said. “It was a pretty goal. That really helped us get settled.”

Zabree Clark 24 minutes into the first half off of another combination assist from sophomores Saryn Ricks and Gracie Rowe.

Thirty-four minutes into the second half Abby Anderson scored off of a corner kick from Ashlun Birch then Clark scored off a Rigby goal kick that didn’t clear very well that Clark shot from 30-yard out and slipped in off the post.

Despite the impressive record Madison look like they’re just hitting their stride with players coming back from injury including senior defensive mid Mia Sutherland who badly sprained her ankle on September 3 at Blackfoot.

“You can see the difference that makes in terms of the speed of play through our middle,” Birch said. “She just brings an energy that’s really important for the team in general. She just helps set the tone. Seeing back our there tonight just flying around — especially I noticed it in the first half — the number of times she was the first person to the ball.”

Birch said Sutherland and Madison’s defensive line did a nice job of moving the ball.

“A couple of our goals started because we won it on the defensive line and instead of just kicking a big ball up the field they were able to use the outside defensive backs and then connect to the middle then overlapping runs,” Birch said. “It was just really pretty soccer.”

After the teams went into the half tied at zero Cade Slagle scored on an 18-yard shot from the center on an assist from Michael Fisher.

Devin Benitiz scored next when Rigby’s goalkeeper attempted to pass the ball out to another Rigby defender but passed it poorly and Benitiz used his speed to take advantage taking possession of the ball, dribbling around the goal and scoring.

Madison has had an up-and-down season so far with 3-4-1 record overall and a 1-2 conference record.

“We’re working on things,” Dummar said. “This was a big win for us tonight because we didn’t have any wins in conference. This was our first. The district is close. We’re happy to be playing soccer. It was an awesome win for us tonight.”