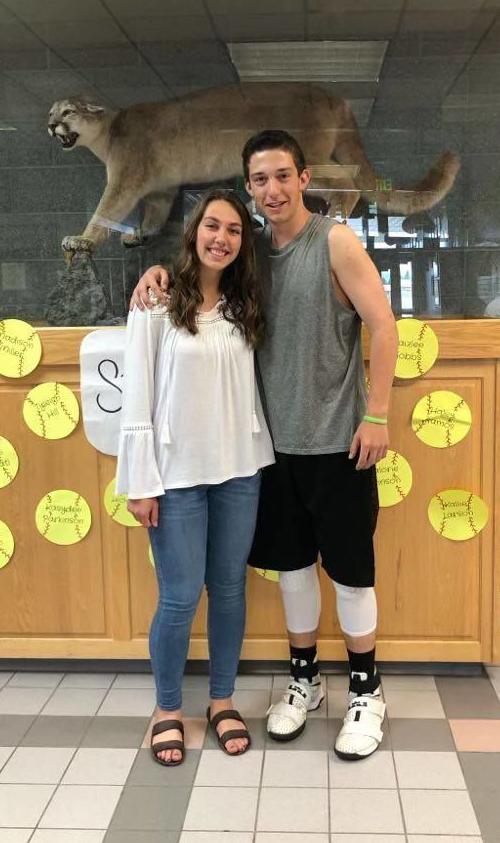 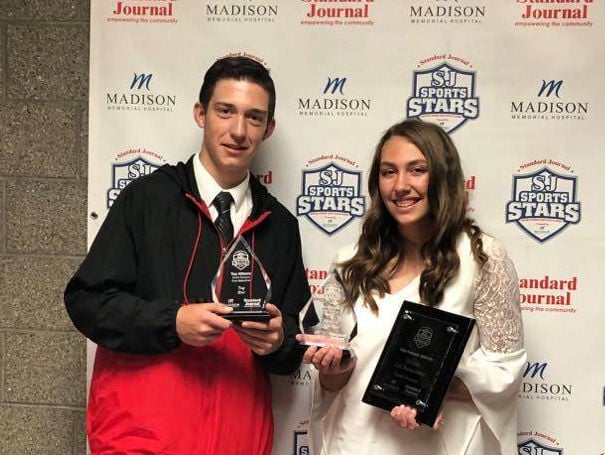 South Fremont senior Tag Bair broke 1,000 career points Tuesday, becoming the first Cougar boys in some time to do so. But, the last girls basketball player to attain the milestone is hard to forget. And she’s Bair’s cousin.

Olivia LeCheminant broke 1,000 points for her career at South Fremont two years ago in the midst of Bair’s sophomore year.

“I really never even thought about (scoring 1,000 points) until my sophomore year until my cousin hit her 1000th point," Bair said. "We’ve always had a competition between us. So I was like, ‘I can’t let her one-up me.’”

Bair and LeCheminant have been competitive with each other since they were little. They are now 6-foot-5 and 5-11, but Bair said LeCheminant also has provided inspiration for him for much of that time.

“She’s always been there for me,” Bair said. “It’s always about me getting better (for her) even when something is about her, it’s always, ‘What can we do to get better at something’.”

LeCheminant’s support came at a key time for Bair after his father, who Bair also credits for inspiring him, passed away two years ago.

This added weight to the already heavy expectations Bair carried because his brother, Brandon Bair played in the NFL and because he starred for the Cougars as a sophomore.

LeCheminant is helping Bair now with her example. She’s serving a mission for the Church of Jesus Christ of Latter-day Saints in Lubbock, Texas while she waits for COVID-19 concerns to ease so she can serve in São Paulo, Brazil.

Throughout Tuesday’s game, Bair focused on winning more than scoring, something that he’ll likely have to do Friday if he wants to catch up with his cousin. LeCheminant ended her career with 1,047 points according to her father, Jeremy LeCheminant.

After scoring seven points on Tuesday, Bair has scored 1,002 points in his high school career. He’ll need 45 points to catch up to his cousin. He thinks he can cut into that number Friday but emphasized that winning is his priority.

“I think I’ll add some (points) to it but right now I’m really looking to get the win,” Bair said. “So whatever I have to do—if that’s scoring points, if that’s rebounding, if that’s getting assists, I’m going to try and do my best to get the win.”

During LeCheminant’s time at South Fremont, the Cougars’ girls teams struggled at times, but placed fourth in the state tournament in 2018. The next nine days will determine if Bair’s Cougars will have a chance to surpass those teams.