The FBI, Fremont County Sheriff’s Office and Rexburg Police executed a search warrant at Chad Daybell’s home in Salem on Jan. 3. The search revolved around looking for forensic evidence regarding the death of Tammy Daybell at the home in October. 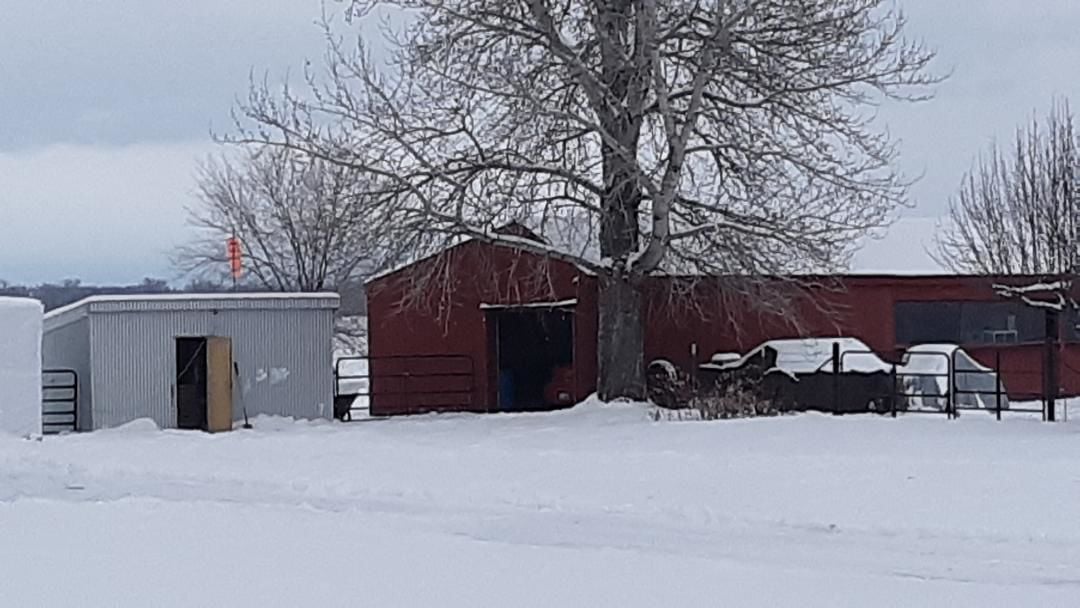 The FBI, Fremont County Sheriff’s Office and Rexburg Police executed a search warrant at Chad Daybell’s home in Salem on Jan. 3. The search revolved around looking for forensic evidence regarding the death of Tammy Daybell at the home in October.

SALEM – A Fremont County judge issued a warrant to search Chad Daybell’s home on Friday. The search was directly related to the death of Tammy Daybell and not the missing children of Lori Vallow, Chad's new wife.

The warrant resulted from “probable cause,” said Fremont County Sheriff Len Humphries. It was the first search warrant issued to look at the home. Daybell’s first wife, Tammy Daybell, died at the home on Oct. 19.

“You can’t get a warrant because you want one," Humphries said. "You have to have a reason for it, and that reason for it is called 'probable cause'."

Humphries did not say what evidence they had that would give them probably cause to search the home.

Law enforcement from the Fremont County Sheriff’s Office, the Rexburg Police Department, and the FBI started searching the Daybell property Friday morning. The officers searched inside the Daybell home as well as in a shed and barn located behind the house.

Humphries didn’t detail what kind of evidence the FBI may be looking for but said that whatever is found will be sent to FBI labs to be tested.

“Evidence can be used to prove guilt or used to prove innocent," he said. "Whatever evidence we can collect, it will come back one way or the other. It’s part of the process of eliminating any doubts."

Three days after she died, Tammy Daybell was buried in Springville, Utah. Shortly after the burial, Chad Daybell married Lori Vallow who had moved to Rexburg in September. Lori had known Chad for quite some time and the two apparently bonded over their belief in the approaching end of the world. About the time Lori moved here the Vallow children went missing.

After extended family members hadn’t heard from the children in several weeks, they asked Rexburg Police to do a welfare check on the youth. When officers interviewed Lori Vallow, she told them that Joshua was living with family in Arizona. That turned out to be false, and police returned to the Vallow-Daybell home where they found the newlyweds had abruptly left.

With Chad Daybell’s quick remarriage, the two missing children and Tammy’s sudden unexpected death, motivated Humphries to have Tammy’s body exhumed. Her body was sent to Boise for an autopsy last month, and those results are expected back later this month.

Between Chad and Lori, they have three dead spouses whom all died at relatively young ages. Lori was widowed in July when her brother, Alex Cox, killed her husband Charles Vallow. Cox died in December of unknown causes. In 2018, Tylee’s father Joseph Ryan died of a heart attack. About two weeks before Tammy’s death, a masked man threatened Tammy Daybell with a paintball gun.

The Daybell-Vallow story has garnered both national and international attention Humphries reported being interviewed by two reporters from England’s Dailey Mail on Thursday. According to Humphries, the two reporters had interviewed Vallow family members in Arizona and had visited the Daybell home but were unsuccessful in speaking with the Daybell children.

Chad Daybell is a prolific writer who sells books with an end of the world theme on Amazon where his books continue to do well. In August, he attended a “Preparing a People” conference in St. George where he set up a table to sell his books.

One woman, who often attends similar conferences, met Chad at the conference.

“I talked to him for 20 minutes,” she said. “He said ‘I write books’. He kept telling me about the visions he’s had. He said he owned his own publishing company."

Chad and Tammy Daybell created and ran the Spring Creek Book Company. In that capacity, Tammy designed book covers. Chad’s books are still available on Amazon and continue to do well. Despite that, the book company’s webpage has been taken down.

The conference goer believes she met Lori Vallow in passing.

“I’m sure I’ve met Lori but nothing sticks out,” she said.

While talking to Chad Daybell, the woman said that nothing about him seemed out of place.

“He was just a normal guy. He had the same kind of background as far as writing books, publishing them and trying to get them sold. Nothing seemed unusual about him at all,” she said.

The two exchanged information about themselves and their respective families. The conference goer asked him about his wife, and Chad told her that Tammy wasn’t at the conference.

“He said ‘She’s working.’ It didn’t go any further than that. I truly could not think Chad was strange in any way,” she said. “I never heard Chad say something off the wall that would make me think he’s crazy.”

The conference goer said that the conference had nothing to do with any kind of a cult and that organizers, Mike and Nancy James, would not be involved in such.

“There’s just no way. As far as the conference goes, speakers and authors were talking about church history and Book of Mormon stuff. There was a constitutional speaker and speakers talking of visions or dreams they have had and written about," she said.

As for the warrant search at the Daybell home, the report from Friday’s search won’t be issued for several weeks, Humphries said.