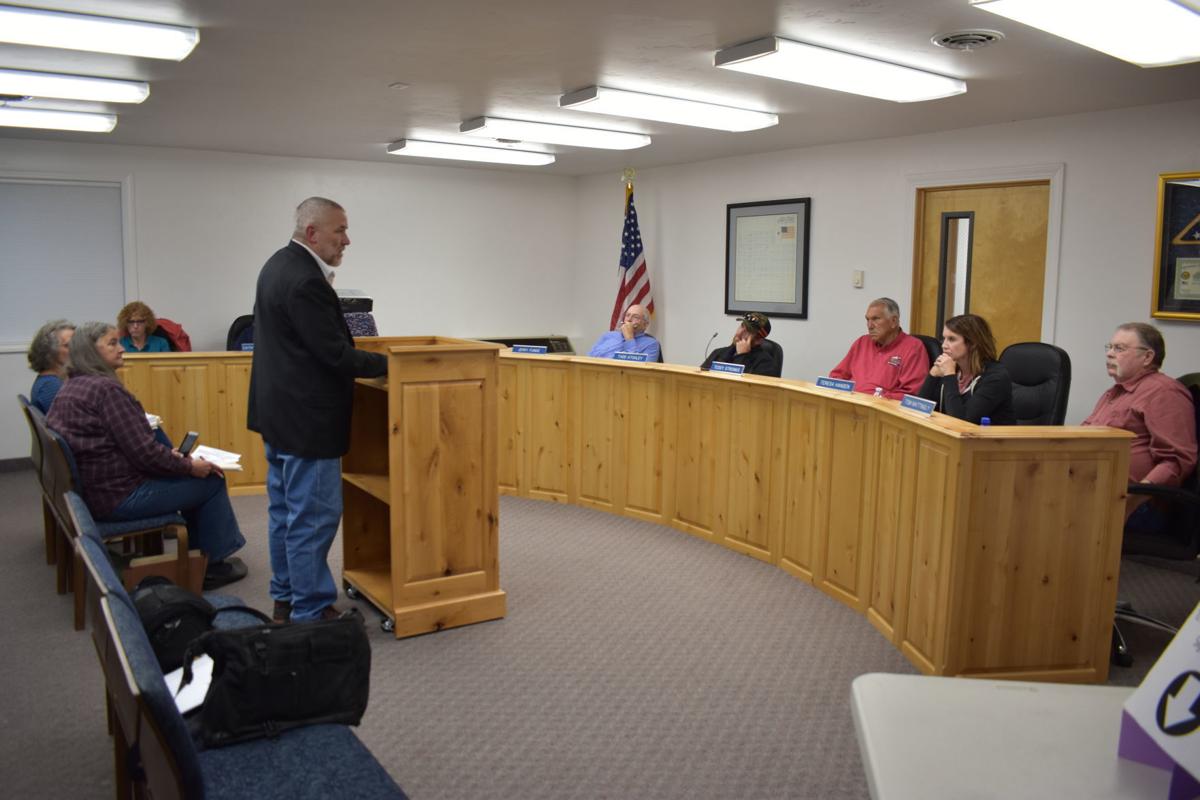 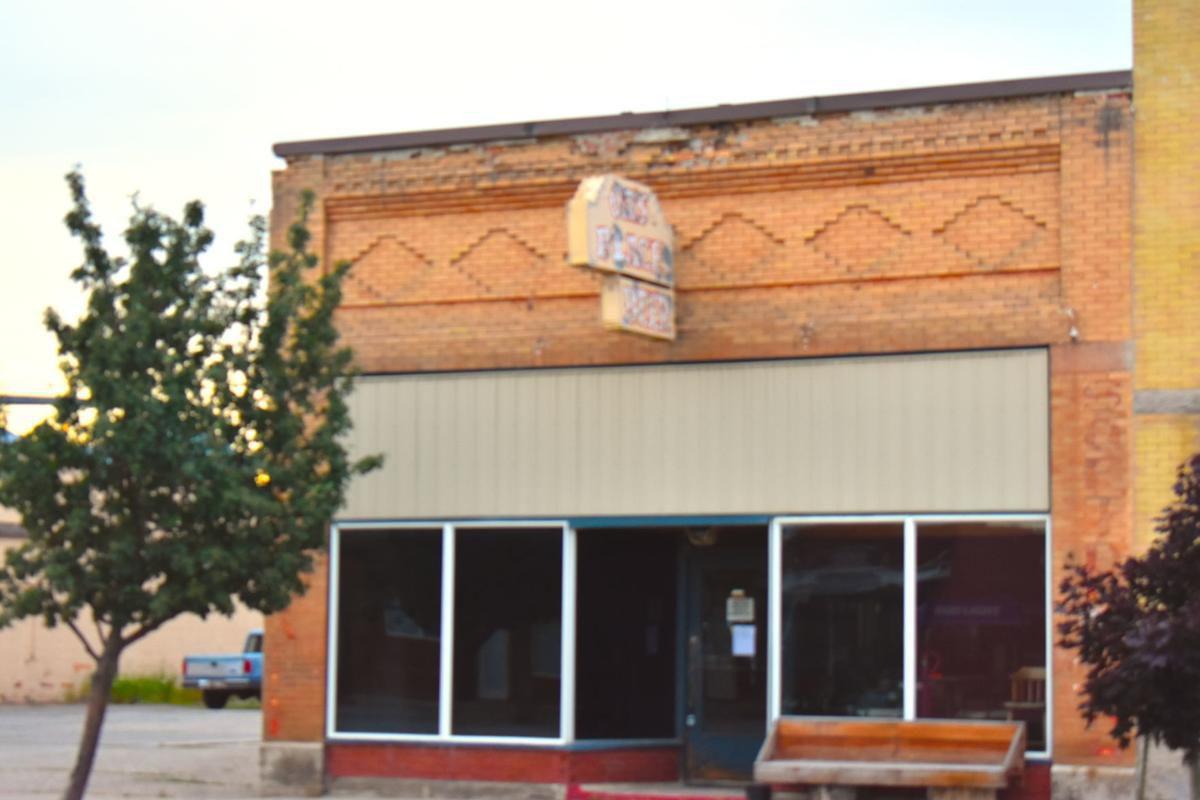 ASHTON − Mayor Teddy Stronks broke a city council tie by voting in favor of a conditional use permit allowing for the old Ott’s Place to be transformed into a hotel/motel Wednesday night.

Located at 417 Main Street, Ott’s Bar has been a part of Ashton since 1907, reports its Facebook page. It has been everything from a machine store to a billiard hall and has changed owners several times.

The vote came following a public hearing determining whether it would be beneficial to have the one-story hotel as part of Ashton’s downtown business district. Current city code doesn’t allow for residential use on the first floor of Main Street buildings. The reasoning for the code is to help merchants promote what they have to offer, and that lodging on the first-floor might take away from that.

While the city had 60 days to make a decision, council members opted to approve the proposal Wednesday night.

“Although it’s taken this long, it wouldn’t have been possible without the conditional use permit,” said Atchley. “One of the biggest reasons I support the conditional use permit is because I wanted people to bring things to council that maybe would have got squashed at the front door. These permits are not easy, but it’s one way to get something done that’s not in code. It’s better than nothing. I hope you accept our apologies there.”

Atchley said he didn’t believe having a hotel on the first floor would hurt the downtown business community.

“I think the hotel/motel – whatever we’re calling them tonight – on Main Street is only going to create more business opportunities,” he said. “The people renting there are going to walk down Main Street. They’re going to eat somewhere in town. It just brings business. I think it might be time to look at our code there.”

Stronks says that it would be appropriate to allow for the hotel on Main Street.

“I think there are times where we need to start changing things,” he said. “Times are changing, and things are just changing all the time. I agree with Tadd.”

The City’s Planning and Zoning Administrator Sara Bowersox maintained that the city’s code doesn’t allow for residential use on the first floor of Main Street buildings.

“The comprehensive plan does point out the community core zone is to maintain a traditional Main Street atmosphere. (It’s) to provide the day-to-day needs of residents and visitors. Residential usage is allowed above the first floor in commercial buildings,” she said.

Ott’s Place owner Ray McDougal told the council that it’s been nearly a year since he and co-owner Blake Walker had submitted their application to the city.

“We’ve missed an entire year of rental income (for) payments on our loan,” McDougal said. “We have paid all the public utility fees even though we’ve never had water on in the building. I just ask you to take action tonight and let us move on with this.”

McDougal and Walker hired Jeff Patlovich, owner of All Idaho Land Consulting, to help secure the special use permit.

The developers are asking that the city accept the state code 7-4711 definition of a hotel/motel that reads “An establishment that provides lodging to members of the public for a fee and shall include condominiums, townhouses or any other establishment that makes a sale as herein defined.” It also defines the rental of hotel/motel rooms as “A place to sleep to an individual by a hotel, motel, or campground for a period of less than 31 continuous days.

Originally, the developers had asked for residential zoning, but Patlovich said that had been a mistake on their part.

“We’re asking for a hotel/motel (designation),” he said. “We have the parking. We don’t believe we need to have any changes to ADA or handicap access. We don’t have enough footage for a fire suppressive system. That’s for 20 rooms or more. We’re talking three rooms. That’s all that fits in that building. We’d simply like you to acknowledge it as a hotel/motel and not a residential use.”

Walker also spoke and said that he and McDougal had spent a significant amount of time working on the building and filling out city applications. The men initially thought they had taken the right steps in filling out applications but had encountered repeated roadblocks.

“We’re grateful to Jeff for helping to clear up the applications. The building is dilapidated and is falling apart. I’m not sure it can survive another winter. Some of the plaster is coming off the ceiling,” Walker said. “We’re desperately in need of a rental income on the building to put money into restoration and to bring it back to standards.”

Ott’s Bar is located next to Dan’s Plumbing that’s owned by Chayla and Tyler Teskie. Chayla Teskie spoke and told the council that the proposed hotel would be a boon to the city.

“We are for this,” she said. “We know they’ll do a good job keeping it up to par and to bring people into Ashton.”

Nancy Bergman spoke, and, while neutral on the subject, she expressed concern about traffic, the number of days people would rent rooms in the hotel, and the possibility that by allowing for the hotel would influence others to develop similar facilities in town.

“Such development will discourage individuals from looking for creative business commercial uses and potentially hurt existing businesses,” she said.

Bowersox stated that should the city approve the conditional use permit, it could place restrictions on its usage.

“Should you vote in favor, then we would start the process of definition and putting these things in place around this usage. It’s also to allay the fears of Miss Bergman’s about this particular item becoming a long-term rental,” she said. “The other thing about the conditional use permit is that it is not precedent setting. Simply because you grant this one, it does not mean you have to grant the next one you’re going to get.”

Should there be another request, the city could review its code. Any changes recommended would take up to six months to two years to complete, she said. Bowersox also noted Patlovich pointing out the hotels at either end of Ashton and said that those facilities had been built prior to the creation of the city’s development.

Bowersox stated concerns that the hotel wouldn’t have a lobby or a manager, and that owners previously stated they didn’t want the general public walking in. She asked how the proposed hotel/motel would provide for residents and tourists.

“Any building on Main Street with a usage that restricts the public from interacting with that business — is that the proper use for the commercial core district? In my analysis of the comprehensive plan and the conditional use permit ordinance, I believe this is not the right usage for that building,” she said.

Patlovich assured the council there would be no long-term rentals at the hotel and that plans called to help retain Main Street’s charm.

Immediately after the meeting, McDougal and Walker started work on Ott’s Place. They plan to work on the facility through the winter in hopes of having it ready for the 2020 tourist season. It will be an independent hotel and not a part of a larger chain such as Best Western, they said.

In the meantime, the council asked that Bowersox help McDougal and Walker move forward with their plans.