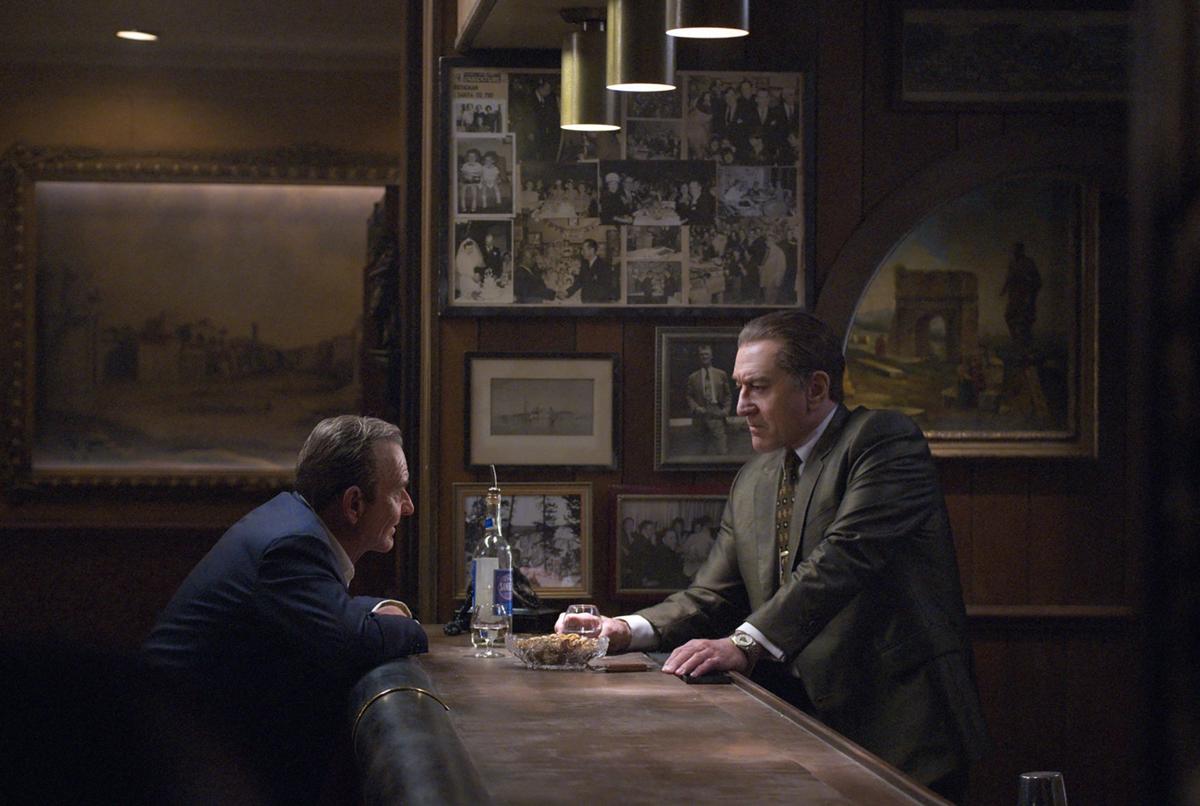 This image released by Netflix shows Joe Pesci, left, and Robert De Niro in a scene from “The Irishman.”

This image released by Netflix shows Joe Pesci, left, and Robert De Niro in a scene from “The Irishman.”

For the second year in a row, Netflix has forced its way into the Oscar conversation with some very good films. With apologies to “The Two Popes” and “Marriage Story,” their film garnering the most praise this year is Martin Scorsese’s epic crime drama, “The Irishman.”

By epic, I mean that this is a sprawling film that tells how a lowly truck driver (Robert De Niro) worked his way into the world of organized crime and eventually became an associate of Jimmy Hoffa (Al Pacino). The film is told as a series of his recollections about various illegal enterprises, and how they ultimately touched on Hoffa’s fate.

In short, this is a film that’s filled with the sort of salacious, violent and bloody details that have always fascinated Scorsese. Indeed, “The Irishmen” can be seen as a companion piece of sorts to some of his greatest films. If you liked “The Godfather” or “Casino,” this is certainly a film that will pique your interest as well.

The same holds true for fans of great acting. In addition to De Niro and Pacino in the leading roles, the film is peppered with solid supporting turns from such notable actors as Joe Pesci, Harvey Keitel, Ray Romano, Bobby Cannavale and Anna Paquin. It’s no surprise that a filmmaker of Scorsese’s stature can assemble a collection of the world’s best actors, and that he can get superb work out of them.

The same holds true for his production crews, which are uniformly top notch. From Rodrigo Prieto’s fluid cinematography to the costume and sets that transport you back to the 1950s and 60s, this is a film that deserves to be recognized on multiple fronts come Oscar time.

Despite all of this, “The Irishman” is not without its problems. Clocking in at a bladder-bursting three and a half hours, the film ends up being a mob hit man’s meandering trip down memory lane. He has some intriguing stories to tell, but there’s also a lot of filler. The bottom line for me is that while I loved much of this story, I also spent a lot of time anxiously waiting for the film to get on to the good stuff.

There’s no doubt that “The Irishman” is a great film—certainly one of the best of the year, but it’s also a film that would have benefitted if it were a full hour shorter. I understand why a director of Scorsese’s stature would be so precious with this material, I just disagree with his conclusion that every detail of the man’s life needed to be in this story.

Diehard Scorsese fans will probably take me to task for daring to criticize a master filmmaker. I still think he’s great. I simply wish that a good editor or producer would have been there to focus all that greatness into an even better film.

Reviews by Sean McBride, “The Movie Guy,” are published weekly in the Idaho Press and seen weekly on KFDM-TV. Sean welcomes your comments via email at smcbride@sbgtv.com.