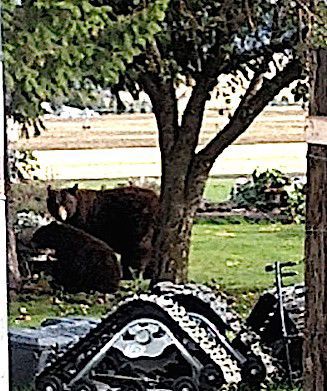 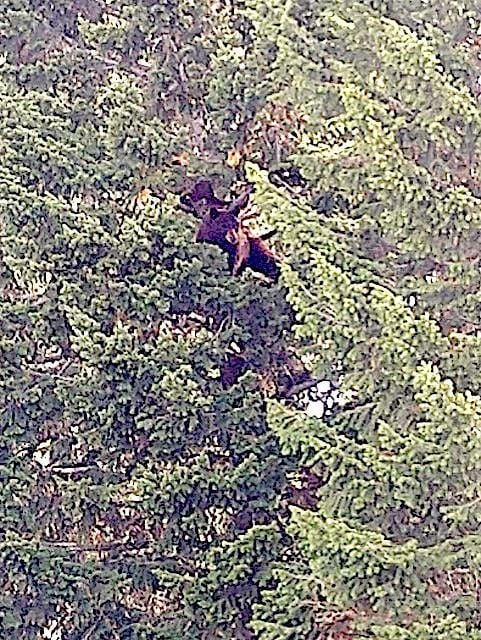 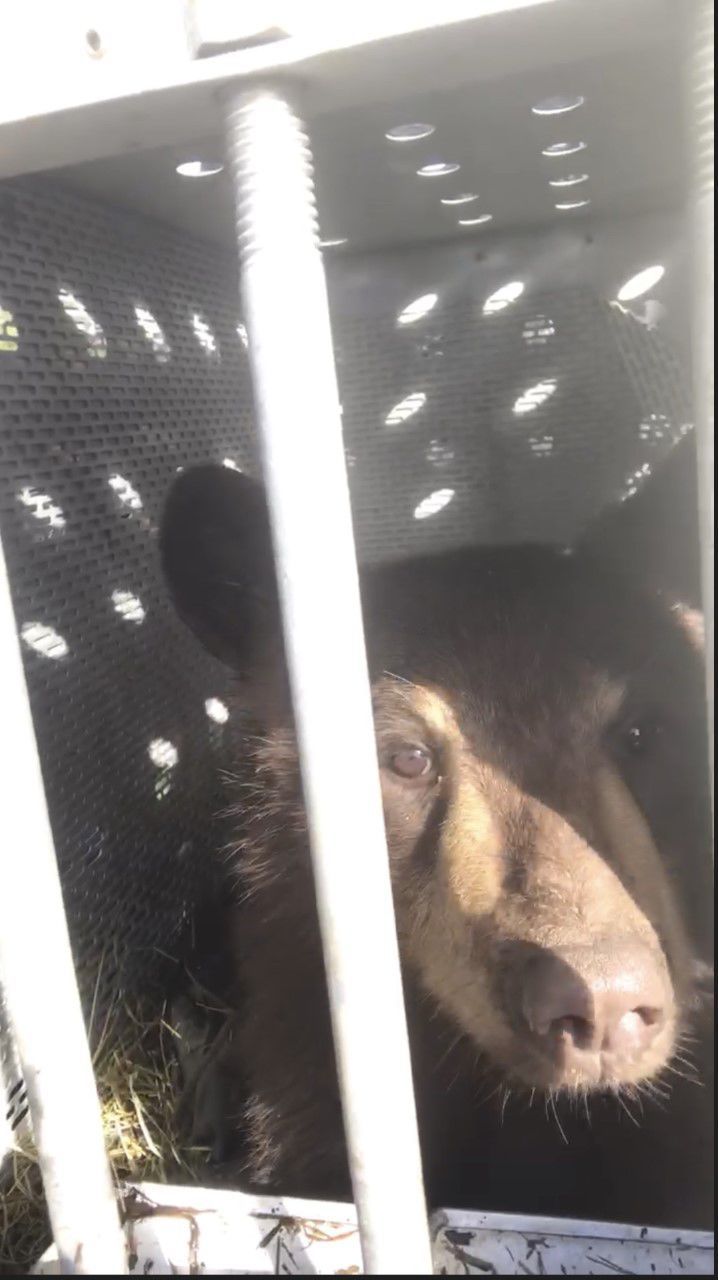 {span}Pictured here is the female cub that was sedated after it refused to come down from a tree. The bear was placed in a cage and transported to the location of the other bears. {/span}

{span}Pictured here is the female cub that was sedated after it refused to come down from a tree. The bear was placed in a cage and transported to the location of the other bears. {/span}

MARYSVILLE – A mama bear and her five cubs made themselves at home inside a Marysville apple tree Monday morning.

Fremont County Sheriff Len Humphries reported that the bears arrived around 9 a.m. It’s not unusual for hungry bears to find their way into town this time of year, he said.

“We have bears wandering down all the time. They have good noses. They can smell those apples from a long ways away,” he said. “What’s unusual is the five cubs. I think Fish and Game was pretty surprised."

Idaho Fish and Game Regional Communications Manager James Brower was  indeed surprised to learn the mama bear had five cubs with her.

Bower said that it was unusual for this mama bear to have five cubs but Twins and triplets are common, Bower said.

“I’ve seen four before, but five is really uncommon," he said. "It’s not something you see every day. It’s pretty exciting,"

Bower said that while it’s possible for a bear to give birth to quintuplets, he’s guessing that the mama bear may have assumed responsibility for some motherless cubs.

“She may have adopted them at some point," he said. "They may have been abandoned."

Bower agreed with Humphries that this time of year bears are exceptionally  hungry and consume great quantities of food to prepare for the upcoming hibernation season. He referred to this as “hyperphagia.”

“They gorge themselves to build up those body fat stores going into the winter,” he said.

Bears said the apples are an attractant to bears.

"They smelled the apples from away in the forest and wandered in to grab a quick meal," he said.

Fremont County Sheriff’s deputies, Idaho State Police, Ashton Police and Fish and Game all helped send the bears on their way back home.

“They just gave the bears some space and they came down.,” Bower said.

All but one cub climbed down from the tree. Eventually, a Fish and Game biologist sedated the bear, put it in a cage and drove it to where the mother bear had gone.

“They found the tracks and were able to wake the baby bear back up and head her in the same direction as mom and the other cubs went,” he said.

Fish and Game stayed in Marysville until around 6 p.m. on Monday. No injures were reported following the incident.

MARYSVILLE – Sunday evening Hannah McCausey and her husband thought they heard noises outside their home and again later that night.