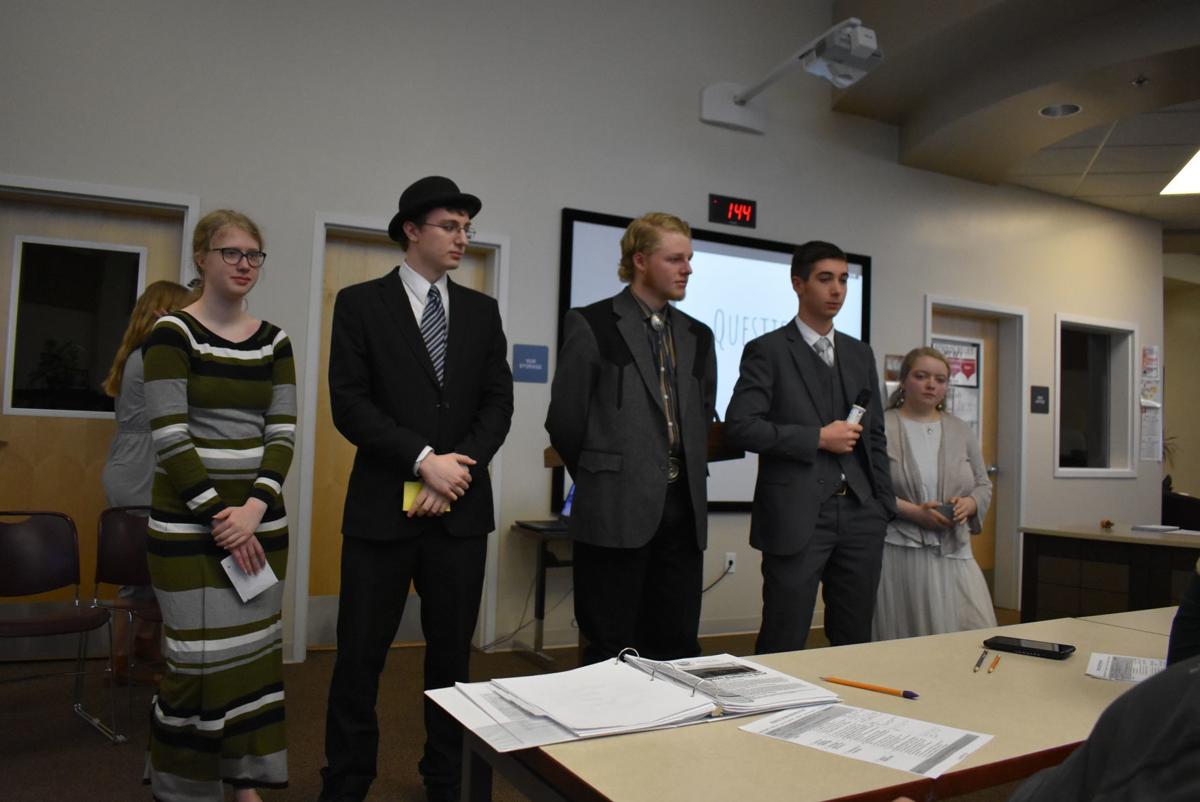 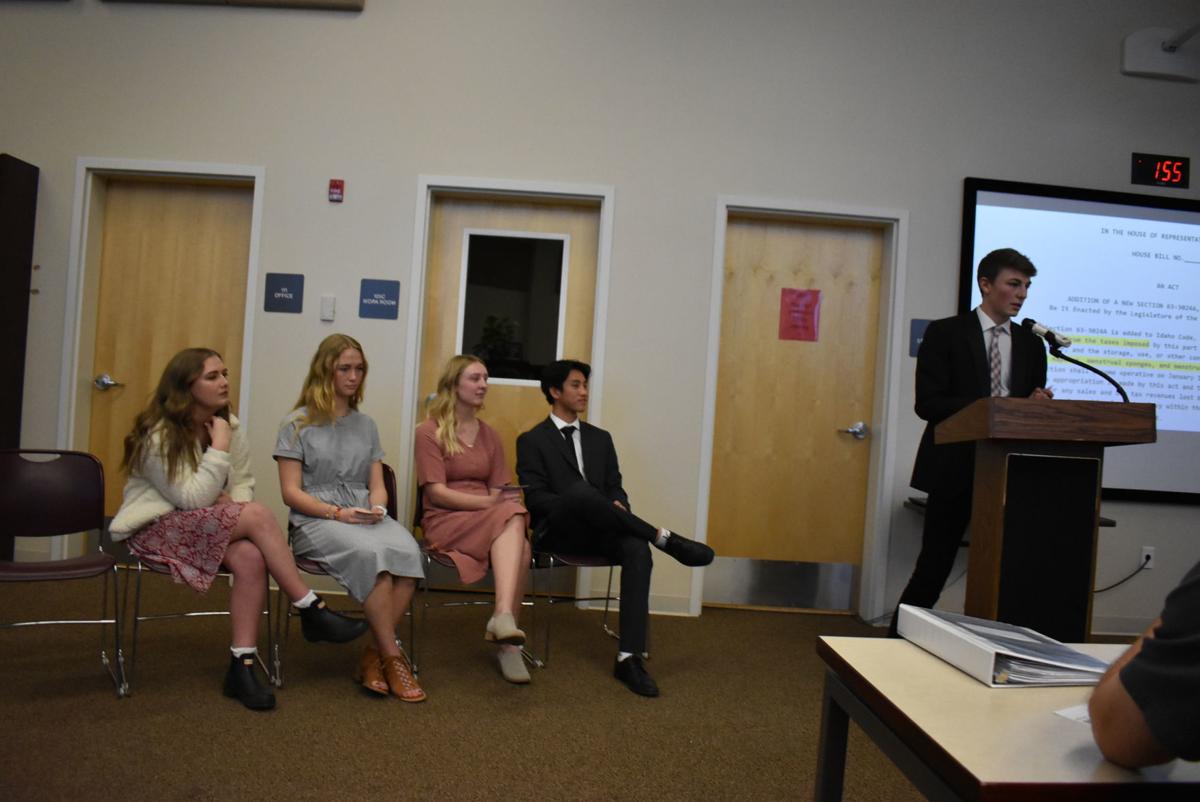 REXBURG – Ten Madison High School seniors presented their “Project Citizen” reports on Tuesday. The projects require students to find a topic, pinpoint problems surrounding it and to come up with solutions to fix the problem.

"I'd like to ask every one, 'How many of you injured yourself or know someone who's been injured in a weather related incident. There's a lot of you out there (who have)," said Bunnell.

Bunnell reported that on the average, one million Americans have been injured in such accidents.

"A study taken from three emergency rooms in Buffalo, New York, that 20 percent of all patients admitted were admitted for some ice related injury (like) slipping and sliding," he said.

The group noted how difficult it is for both drivers and pedestrians to maneuver the snowy Rexburg streets and sidewalks. Pedestrians are especially at danger as they walk in the streets when sidewalks are impassible, they said.

Rexburg receives 42 inches of snow every year, and this winter 52 inches of snow has fallen. It cost Rexburg $25,000 each time to send out snow removal equipment, said the students.

The students reported that Rexburg has an ordinance in place that can fine residents and business owners up to $300 or six months in jail for failing to remove snow from their sidewalks. Such ordinances are seldom enforced due to a lack of time available for city workers, they said.

The city could create a pamphlet discussing fines, snow removal, snowblower rentals, parking and driving on the snow. Such pamphlets could be mass produced for 2 cents each, they said.

The group then suggested the city create a smartphone app that residents could use to notify the city about snowy streets and sidewalks. It would cost the city around $200 month to use the app, said the students.

“With this app, they could take a picture of the problem, fill out a form and instantly send it to the government  to process it. There are many advantages. Anyone can download it. It’s very easy to snap a picture and write in the form. It’s easier for the government to process,” Cayden Lords said.

The group agreed that an app would be the most efficient way to handle snow issues as the use of smartphones is widespread, fast and convenient. The app is inexpensive and money from fines could cover the city’s cost, they said.

The second group of students presented a project called “The Tampon Tax” where they voiced concern about the tax on feminine menstrual products. Adeline Winn, Madison Jensen, Tanner Averill, Carlie Meredith and Zach Le made up the group.

The group reported that Idaho is one of 32 states that taxes women for menstrual hygiene products. They also reported there is no tax on male enhancement products, and such is unconstitutional.

The group realized that not everyone is comfortable with discussing menstrual products, but that menstruation is a natural function of a woman’s body.

“(It) is an essential part of life. It doesn’t need to be an awkward, gross or embarrassing issue,” said Jensen.

The group reported the American College of Obstetricians and Gynecologists stating that one in five women struggle to buy menstrual products at least once a month. The average woman spends up to $300 a year on feminine hygiene products, and that cost doubles should there be daughters in the home.

The group suggested that each of the Madison High School’s seven girl’s restrooms be stocked with free sanitary napkins and tampons. Currently, the school charges 25 cents for each. It would cost the school an estimated $760 a month to refill dispensers. Buying such products would help girls focus on class and relieve them of embarrassing situations, they said.

Le said that eliminating the tax on menstrual products would benefit women and their families.

“Someday I’ll be father and a husband. Some of these children might be little girls who will grow up to be women and go through the menstrual cycle. I don’t want them facing all these health problems. I don’t want them to face the unconstitutionality of this tax.”