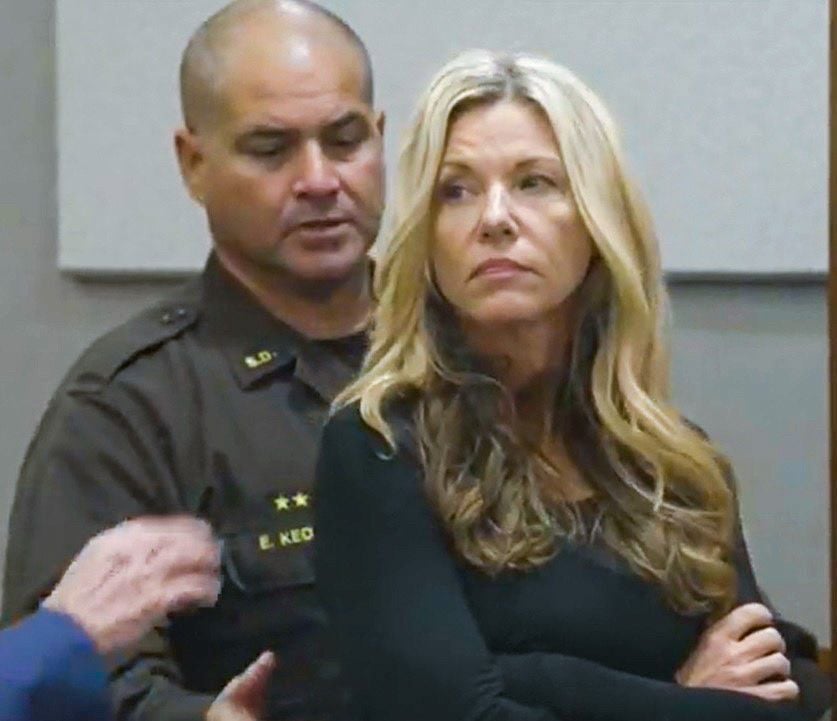 Lori Vallow appears before a judge in Kauai, Hawaii on Feb. 21 and declares her intention to fight the extradition order. The judge denies her lawyer’s request to lower bail. 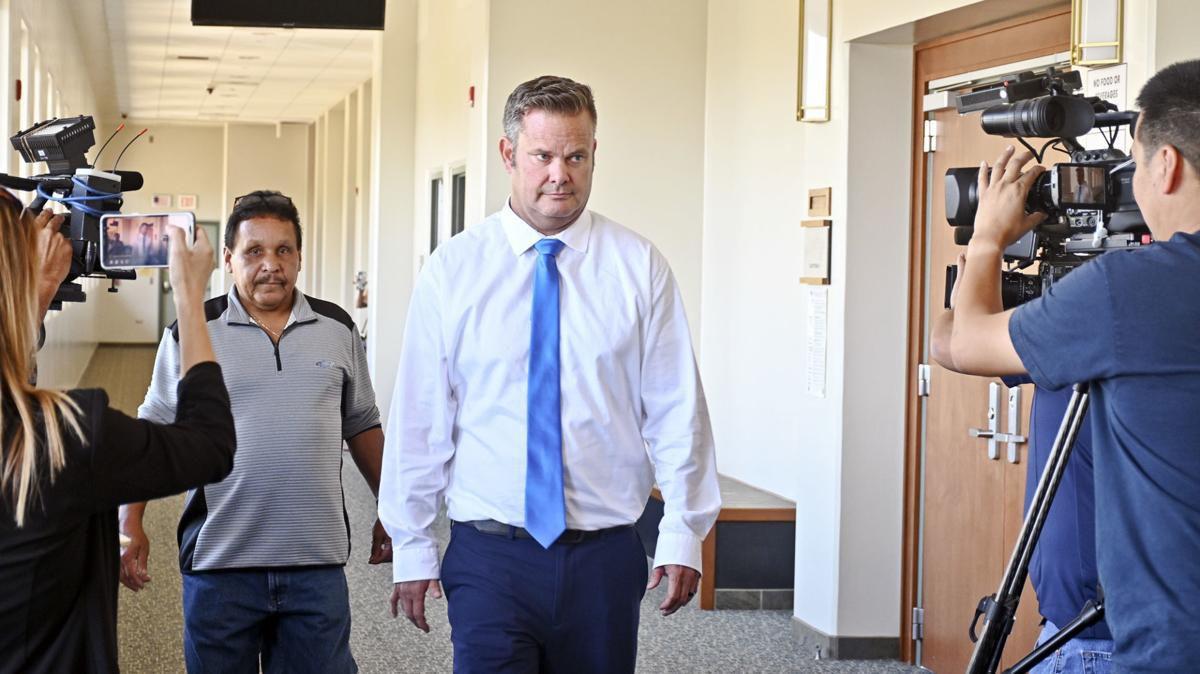 Lori Vallow appears before a judge in Kauai, Hawaii on Feb. 21 and declares her intention to fight the extradition order. The judge denies her lawyer’s request to lower bail.

On Friday afternoon, Lori Vallow stood before a judge on the Hawaiian island of Kauai with her two attorneys. At this hearing, Vallow could choose to either fight the extradition order or waive her right to fight it. She chose to fight.

Her fifth and current husband, Chad Daybell, was in attendance wearing a white dress shirt, a bright blue tie and a scowl. As he walked into the courthouse, he ignored reporters’ repeated questions asking, “Where are the children?”

It’s a refrain that has been haunting the couple. After Dateline’s two-hour special titled “Where are the Children?” aired Feb. 14, signs started appearing around the island asking that same question. When the couple would leave their rental home, they were reportedly asked "Where are the children?" repeatedly by passersby.

The two children, 17-year-old Tylee Ryan and 7-year old J.J. Vallow, have not been seen since September. After lying to police about Lori's children’s whereabouts to Rexburg police in late November, Lori Vallow and Daybell fled to Kauai. There, they have been walking free until Thursday. That's when Kauai police arrested Vallow at her rental home “in relation to an investigation being conducted by the Rexburg Police Department.”

Vallow faces two felony counts of desertion and nonsupport of dependent children. Additionally, she was charged with misdemeanors involving resisting or obstructing officers, criminal solicitation to commit a crime, and contempt of court.

The story of Lori Vallow and Chad Daybell, their respective dead spouses, the couple's purported "doomsday" prophecies, and her missing children has captivated the nation.

Daybell has not been charged with any crime.

In court, Vallow’s lawyer Daniel Hempey tried to make the case that the $5 million bail she was given should be lowered to $10,000. Kauai Prosecuting Attorney Justin Kollar argued for the high bail, noting that Vallow had already absconded from Idaho where the underlying crimes occurred.

The judge denied the request and kept the bail amount at $5 million.

Should Vallow post bail, she is not allowed to leave the island. Kollar asked that she also hand over her passport in the event that she posts bail. Vallow's defense responded saying she does not have a passport.

Kollar asked that a hearing regarding whether Vallow will be extradited be put off until the second week of March in order that the prosecution could bring in necessary evidence and witnesses. At that hearing the only things Lori will be able to contest are her identity and the legality of the arrest.

Vallow's lawyer, Hempey, asked that the hearing be held earlier. He did not think it should take three weeks to bring in evidence.

“We’re concerned for another reason. Yesterday, when she was arrested, and my office was calling cell block … and we were told she wasn’t here and basically she was MIA for hours. And we learned later that the Idaho police were questioning her with the Kauai police while they knew she was represented by counsel,” Hempey said.

The hearing was scheduled for March 2.

Later, at a press conference, Kauai Police Chief Todd Raybuck refused to comment on whether such questioning occurred.

Raybuck also acknowledged the work of Rexburg police in this investigation into a case that has garnered attention worldwide. During the Facebook livestream of the press conference, online commenters chimed in from locales as wide-ranging as Australia, Guam and Kentucky.

“I want to thank the Rexburg Police Department for the incredible amount of work and effort they put into this case," Raybuck said. "They've been working tirelessly to locate Tylee and J.J. And I know that in today’s modern world that we expect police work to solve everything in 48 hours. Unfortunately, that’s not the case, especially with a case that has this many challenges ahead of it."

The document made public previously unreported details in the case. The most notable newly released information was the last confirmed sighting of Tylee Ryan. On Sept. 8, phone records prove that Tylee, Lori, Alex Cox (brother of Lori), and J.J., all went on a trip to Yellowstone National Park. In corroboration of those phone records, a photo from Lori’s iCloud account and a photo from the National Park Service entrance both show Tylee in Yellowstone on that day.

"This photo is the last time we can find any record of (Tylee) being with Lori Vallow," Ball wrote. "We have found no witnesses who can verify they have seen (Tylee) since September 8, 2019."

Detective Ball also laid out the evidence as to why investigators believe Vallow has deserted her children and has not been supporting them.

Additionally, J.J’s medication to help with irritability caused by his autism has not been refilled since January 2019 in Arizona.

During the search of Lori Vallow's Rexburg apartment, investigators found a prescription bottle with J.J.'s name on it that still contained 17 pills.

"We have verified through the Idaho State Pharmacy Board that said prescription has not been filled in Idaho," Ball wrote.

While it previously had been reported that Vallow and Daybell had lied about the children's whereabouts and even about their very existence, the probable cause gives added weight to those claims because of who those claims were made to.

"Through this investigation I interviewed Chad Daybell's parents, Jack and Sheila Daybell, in Springville, Utah," Ball wrote. "They informed me that Chad and Lori told them in November that Lori Vallow was an 'empty-nester.’”

"Jason and Samantha informed RPD that Chad told them that Lori had no juvenile children," Ball wrote.

Ball also wrote that when Rexburg officers went to conduct the welfare check on J.J. on Nov. 26 they met with Daybell and Vallow's brother, Alex Cox, outside the residence.

"Chad acted as if he didn't know Lori very well and stated he didn't know her phone number," Ball wrote. By that date, Daybell and Vallow had been married for 21 days.

Cox told the officers that his nephew J.J. was with his grandma, Kay Woodcock, in Louisiana.

But the officers knew that wasn't true "due to the fact that Kay was the individual who first called in a missing child report to the Gilbert (Ariz.) Police Department," Ball wrote.

Additionally, Ball wrote that Vallow committed “solicitation to commit a crime” by asking Melanie Gibb, her friend in Arizona, to lie to authorities and say that J.J. was with her. Gibb previously appeared on many religious "Preparing a People" podcast episodes with Vallow.

Both Daybell and Vallow called Gibb at separate times on Nov. 26 to ask her to tell investigators J.J. was with her. Gibb refused their requests and told investigators both about the requests and that J.J. had not been at her Arizona home for several months.

Tammy Daybell's death is now deemed suspicious, and her body has been exhumed so that an autopsy could be conducted. Authorities are still waiting on autopsy results.

“You better start talking now and maybe you can save a little year or two off your sentence you’re about to have when you go to court,” Kay Woodcock said.

“Lori, tell me where the kids are,” Larry Woodcock added in the Fox 10 interview.