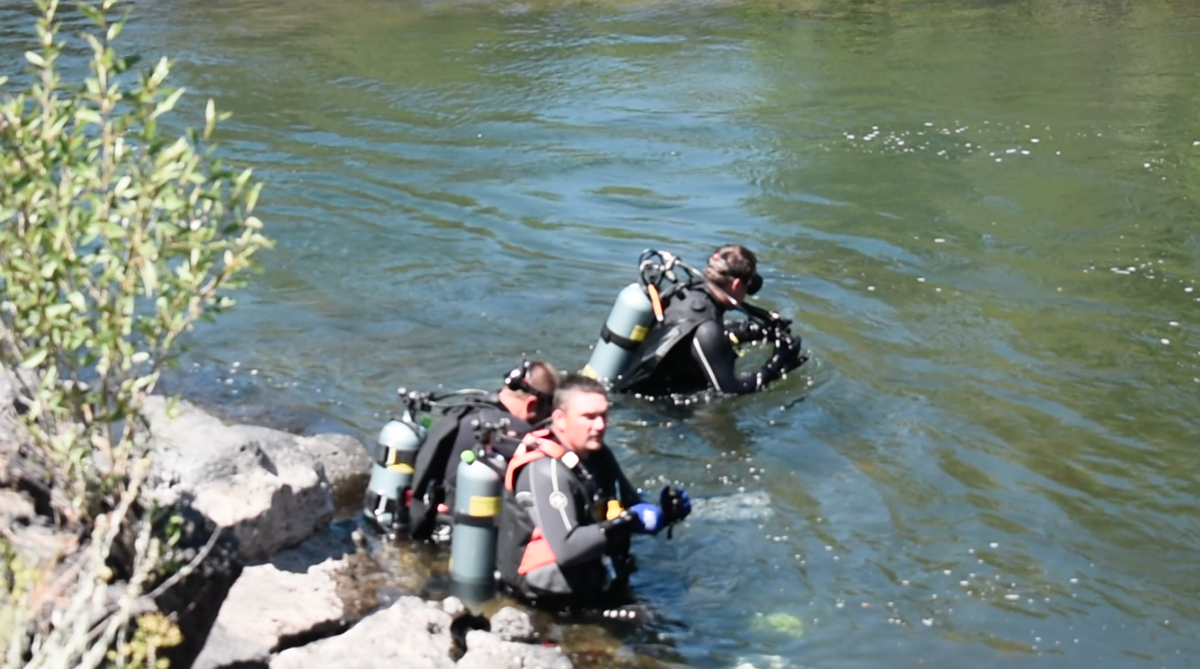 Scuba diving friends Brody Talbot, Eric Ivie, and Darren Walters recently spent the day scuba diving at Fall River. There they found everything from a digital camera to a truck submerged in the waters. 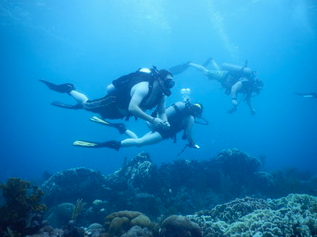 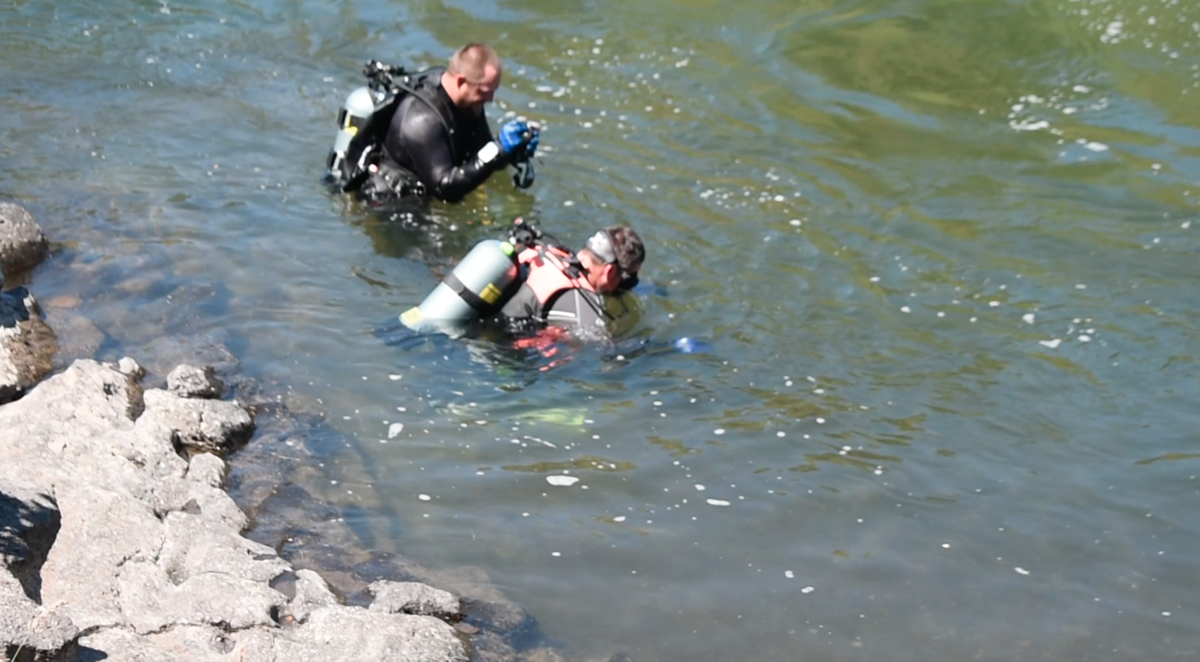 While diving at Fall River earlier this month, these divers discovered an old truck submerged in the waters. The men believe it’s been there since the 1960s.

Scuba diving friends Brody Talbot, Eric Ivie, and Darren Walters recently spent the day scuba diving at Fall River. There they found everything from a digital camera to a truck submerged in the waters.

While diving at Fall River earlier this month, these divers discovered an old truck submerged in the waters. The men believe it’s been there since the 1960s.

When it comes to scuba diving, Fall River may not be the first place that most people think about. Yet, of late, it’s become an increasingly popular scuba diving site among one group of local divers since the river they usually dive in no longer allows swimming due to COVID-19..

Earlier this month Brody Talbot, of Ririe, Eric Ivie, of Ashton, and Darren Walters of Idaho Falls, tried diving at Yellowstone Park’s Firehole River but were turned away because of the virus.

“I was telling the guy that ‘I’m breathing in an ultra clean air supply and have masks on underwater.’ He wasn’t having any part of it. We salvaged the day at Fall River,” Talbot said.

Later that day, the divers trained and certified on various scuba diving equipment.

“You’d be amazed at how much good diving there is at Fall River. The visibility is really good — believe it or not — it’s fun,” he said.

The divers often get odd looks and questions about — why — they’re scuba diving in Fall River and not from some exotic island in the Mediterranean. Swimmers are often startled when the divers suddenly appear out of the water, Talbot said.

“We come popping up when they’re swimming and scare them half to death. We’ve been under the water for 2 hours on a tank without ever coming up,” Talbot said.

Since the Firehole River was closed to divers, Ivie says the group has looked for places to dive that are closer to home.

“Fall River is kind of a poor man’s Firehole I guess. It’s a lot closer, and that makes it a lot easier,” he said.

Scuba diving is a relaxing and therapeutic sport, Ivie said.

“You get to be alone with your thoughts. You hear nothing but bubbles. You’re enjoying 75% of the earth covered with water. You get to see more than most people ever do,” he said.

Walters said that he likes everything about scuba diving.

“I like just being away from people and the peace and quiet,” he said.

“There’s been an increase in interest. With this whole COVID-19 thing, people have been interested in playing a little bit more and doing different things,” she said.

Once a month, the Stewarts teach a scuba diving class to 10 people at a time. Students practice their scuba skills at the Idaho Falls Aquatic Center or at the Ririe Reservoir. In the winter months, the classes practice at a Utah geothermal pond.

“It’s not that hot. It stays nice and toasty and warm,” Ashley said.

Ashley and her fellow divers have been known to dive throughout southern Idaho from Island Park to Jenny Lake.

“Basically anywhere that’s deep enough, that’s what we’re all about. It’s all about the treasure hunt,” she said.

On one diving adventure, Ashley came across some 1930s trade tokens.

“We found one that was only the fifth one known (in existence). That was a $500 token in and of itself,” she said.

Talbot says that Fall River is also full of lost treasures. He has found a digital camera, a motorcycle and a truck at the bottom of the river.

“The truck has been there for years. What’s left is mostly the frame. The seat belt is still there and the license plate is still there,” he said.

Talbot isn’t sure how the vehicle wound up at the bottom of the river.

“There is no nice way for that truck to have gotten where it is. It’s pretty mangled up. It’s been there a really long time. I bet it’s been there for over 50 years,” he said.

Talbot runs a recovery service via his business Friendly Motors and Marine where he does towing and underwater recovery. As a result, Talbot and his fellow divers routinely study different water rescue scenarios to help out during a water emergency.

While diving, the friends work to help the water environment by cleaning up after people, Talbot said.

“We spend a lot of time swimming around the docks, picking up trash and getting it out of the water,” he said.

Talbot has gone scuba diving all over the world from Argentina to Fiji.

“Anything in South America is kind of cool. The Florida Keys is pretty cool,” Talbot said.

“If I could live in the ocean I would, but I love Idaho too much,” he said.

Scuba diving is enjoyable, is a good way to make friends and a great way to get some exercise while looking for treasure, agreed the group.