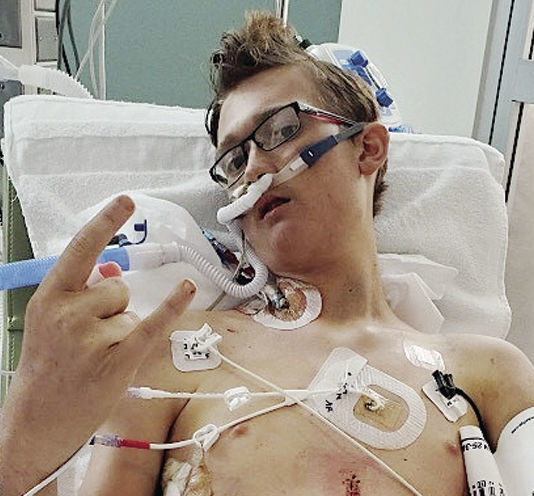 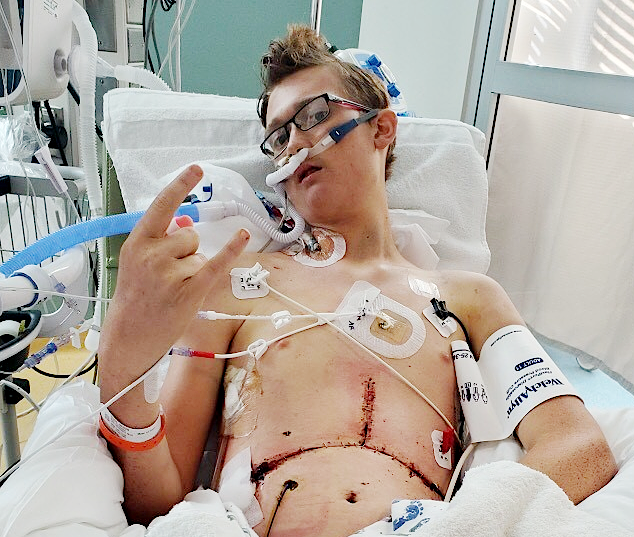 Mason Stark recovers in a hospital bed after he rolled an ATV.

Mason Stark recovers in a hospital bed after he rolled an ATV.

Community members are raising funds for a 14-year-old Cache Valley teen in Northern Utah who was seriously injured in an all-terrain vehicle accident.

On Aug. 9, Mason Stark rolled his ATV multiple times near Island Park, Idaho. The accident resulted in injuries to his gallbladder, kidneys, spleen, heart and liver, in addition to three broken ribs.

Candace Layne, family friend and one of the organizers of the fundraising efforts, explained that Mason turned his ATV on a wet trail when the accident happened.

“He had been on that road before,” Layne said. “The road slipped under him.”

Luckily, he was wearing a helmet.

“His helmet’s in great shape,” Layne said with a laugh.

Mason’s parents, Lani and Shawn Stark, were in Utah at the time of the accident. When Lani got a phone call notifying her of the accident, the extent of Mason’s injuries were unclear — he was conscious, but in pain. Regardless, the parents quickly left for Idaho Falls. Lani said she beat the ambulance to the hospital by several minutes.

“I was shocked,” Lani said. “I just got that momma, gut-feeling.”

After being driven to Primary Children’s Hospital, Mason had a liver transplant after complications with the organ.

“He went jaundice,” Layne said. “He looked like he had been washed in iodine.”

Layne said Mason’s perseverance over the past month has astounded medical staff, family and friends. They’ve even got a something of a catchphrase now: Mason Strong.

But it’s not over.

“It can probably take a year to a year and a-half to full recovery,” Layne said.

Donations to the Stark family are being accepted at GoFundMe, as well as the Mason Stark charitable fund at America First Credit Union.

On Sept. 28, there will be a pool tournament at the Fraternal Order of the Eagles Lodge in Logan, including a prize raffle from 4 to 8 p.m. Other events are slated throughout the rest of the year.

“I don’t know what I would do without the support,” Lani said.