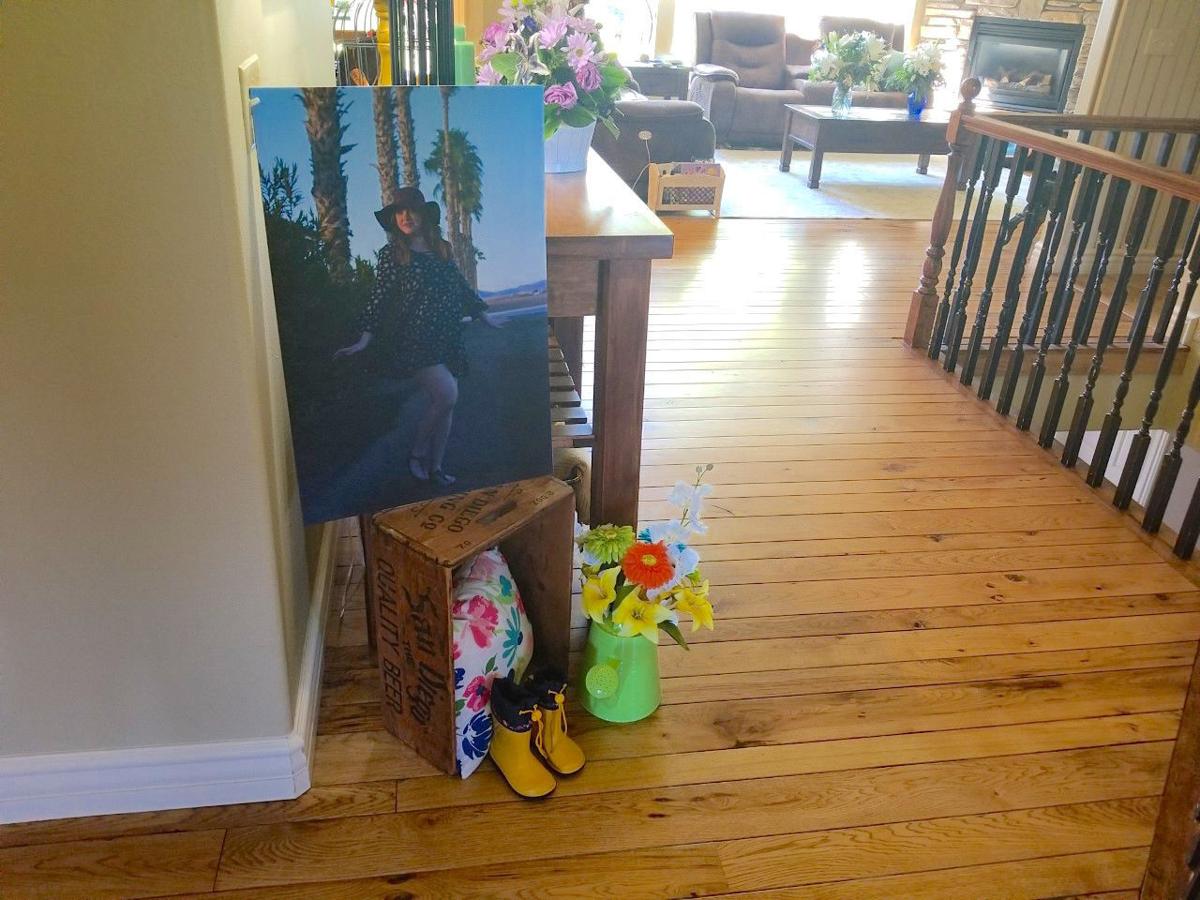 A photo of Triana Galley at her mother’s home in Rigby. 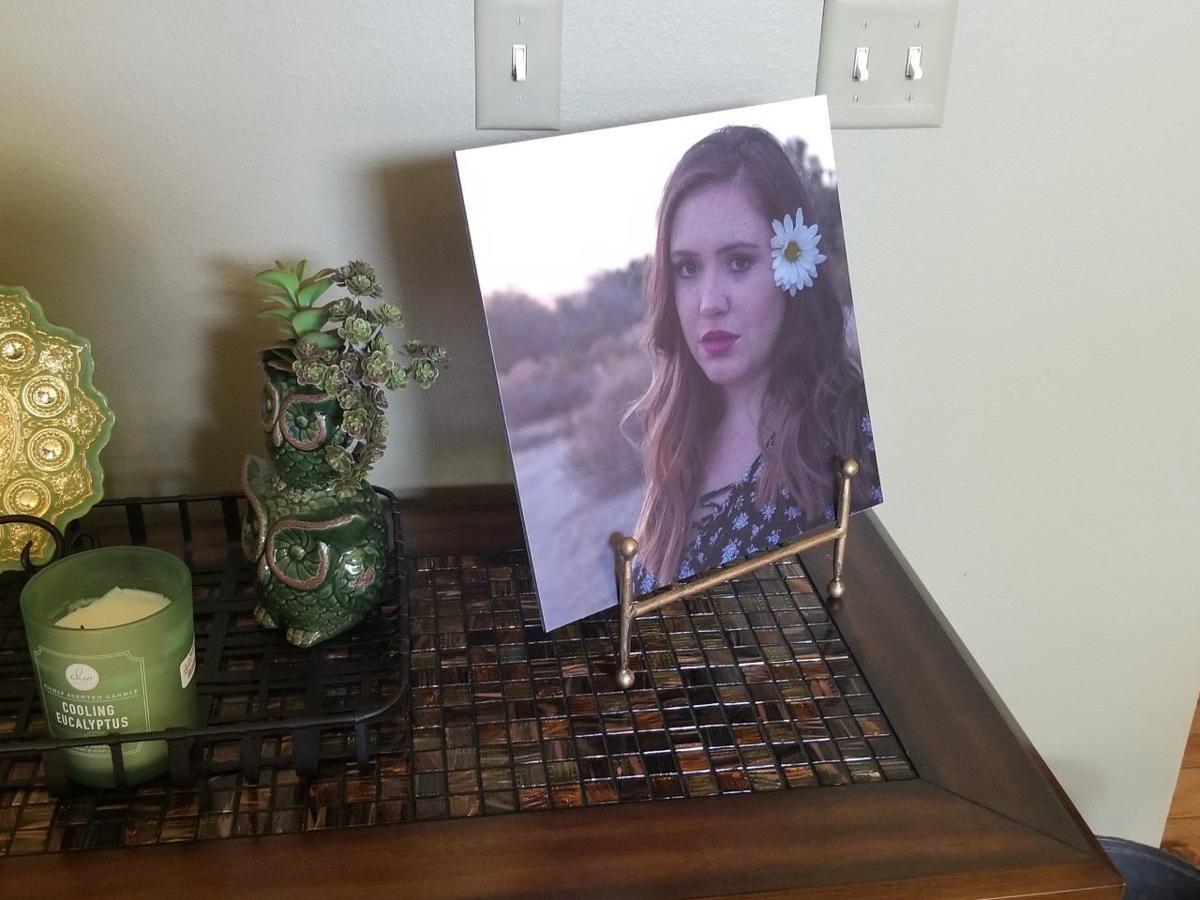 A photo of Triana Galley inside her mothers home. The family has photos of Triana scattered around the house. 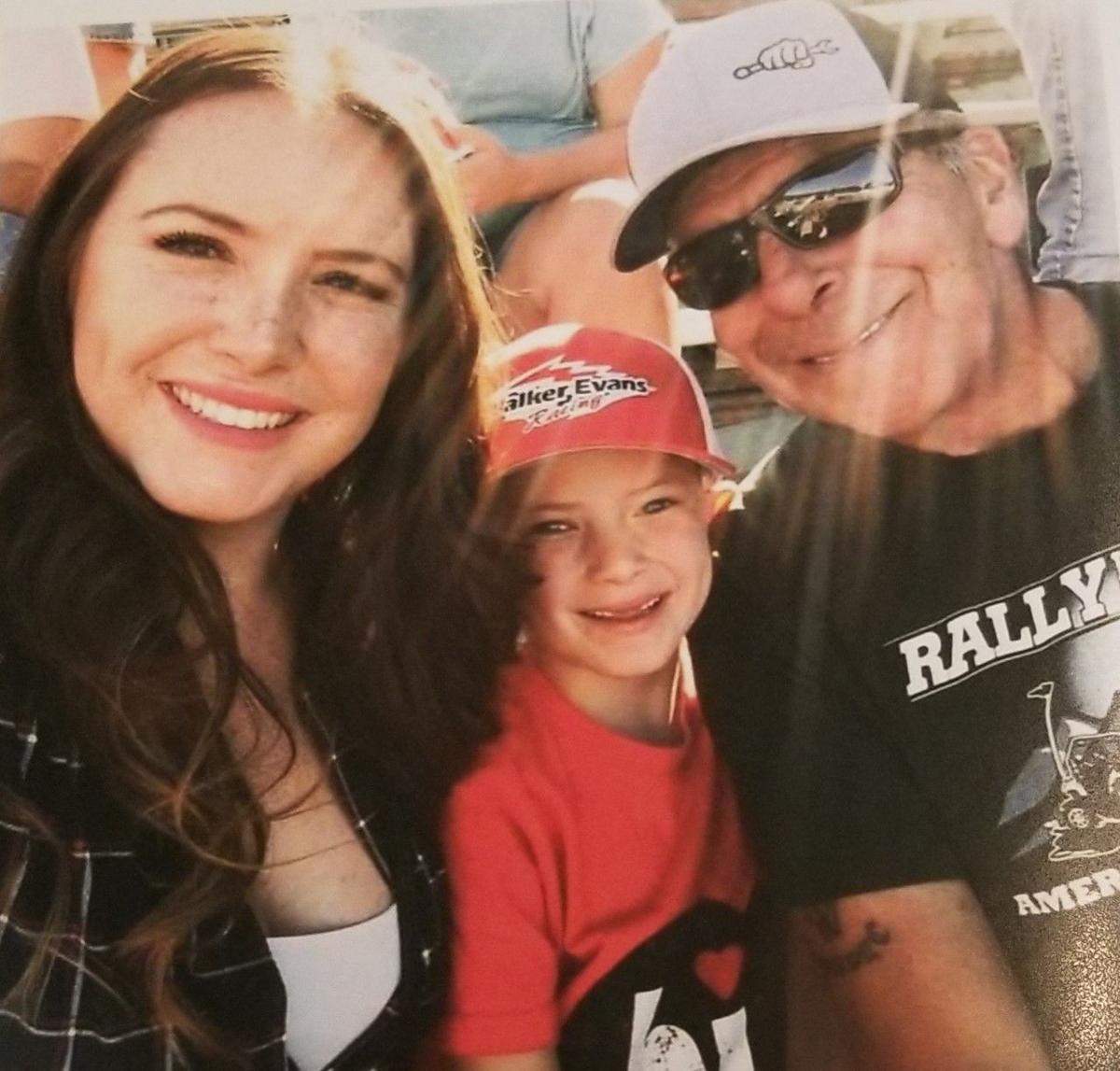 A scrapbook photo of Triana Galley, one of her sons, and her stepfather.

A photo of Triana Galley at her mother’s home in Rigby.

A photo of Triana Galley inside her mothers home. The family has photos of Triana scattered around the house.

A scrapbook photo of Triana Galley, one of her sons, and her stepfather.

RIGBY — In a quiet neighborhood, dotted with lovely homes and green trees, there’s a family grieving the loss of their daughter.

Triana Galley, 28, was in Island Park on Aug. 4 with 33-year-old Brent Thueson as part of a group on a weekend trip. Thueson was driving an ATV when it went off the road and hit a tree. Both Thueson and Galley were killed. The accident remains under investigation by the Idaho State Police. Galley was a mother of three young children: Jaxon, Paislee, and Boston.

“It was a weekend. She had gone camping up in Island Park with a man that she was interested in,” Lisa Padilla, Galley’s mother, said. “She got off of work on Friday and dropped the kids off here at about 4 p.m. and she went camping.”

Lisa Padilla said they don’t know much about the accident and are waiting for the Idaho State Police to contact them with more information.

“All we really know is that it was dark,” Lisa Padilla said. “There was a group on a path. The Razors were lighting the way for smaller ATVs because their lights aren’t quite as bright and they lost track of Triana and Brent. When they went back to get them they had hit a tree.”

Lisa Padilla was awoken with phone calls from Triana’s phone in the early morning hours of Aug 4.

“Early Sunday morning I got up and I noticed that I had missed like 12 phone calls from my daughter. But it was at about 4 o’clock in the morning. Why would my daughter be calling me at 4 o’clock in the morning, repeatedly, 12 times? So I called her back but it went to voicemail. I called her sister and said ‘have you heard from sissy?’ she said no. So we called some friends (no one had the information they were looking for). So her dad called Idaho State (Police). Later found out that that’s who was calling me, it was the Idaho State (Police) to tell me that she had been killed.”

Lisa Padilla’s last conversations with her daughter included details about her trip.

“I didn’t really talk to her,” she said. “Just little messages back and forth on Saturday, she said they had just finished floating the river and were making dinner. And that was the last time I ever talked to her.”

Galley was born in Escondido, California, in December 1990. She grew up with her sister Amber Langlais in Oceanside, California. The two are 10 months and 10 days apart, Langlais said.

“She was very, very active,” Percy Pules Padilla, Galley’s stepfather, said. “She was always the center of attention and by that I mean she was very outgoing and easy to get along with. She had a lot of friends.”

“She was very social,” Lisa Padilla said. “Very bubbly and stubborn. I think her biggest thing was her outgoing personality and she always had friends around her all the time and so it was difficult for her to focus on school and chores. She just wanted to play and have fun from the time she was 4 until the day she died.”

Langlais said she and her sister were very close in high school. Langlais was on the dance team and Galley was a varsity cheerleader.

“She loved (cheerleading) more than anything,” Langlais said. “It was cool (going to high school together) we had a lot of the same friends.”

Lisa Padilla said after high school Galley took some classes at junior college and worked part time jobs and then went to Panama City, Florida, and got pregnant with her first son Jaxon. Galley and her boyfriend broke up and she moved back home.

Langlais said she wasn’t there all the time and didn’t mind helping her sister on those hazy nights when it was just the three of them.

Lisa Padilla said Galley later married a soldier and traveled with him and her son Jaxon to Germany. There she had a little girl and named her Paislee. They lived in Germany for two years before moving to Yuma, Arizona, where Galley had her youngest son Boston.

The couple divorced a year ago. Galley and her children have been living in Rigby, she’s been working at Ardent Pest Control in Rexburg.

Eight-year-old Jaxon is a second grader at SouthFork Elementary School and is a Boy Scout. His family describes him as a kind and quiet boy with a dream of becoming a farmer and growing corn.

“He loves machinery,” Percy Padilla said about his grandson. “Normally during potato harvest, I take him there and I let him ride on tractors as they are cultivating.”

Lisa Padilla said Jaxon is a good big brother and loved his mother very much.

“He takes good care of his little brother, he doesn’t like his sister but I don’t think any 8-year-old boy likes his sister,” she said.

Paislee, 6, is described by her family as a red-headed spitfire.

Langlais said Paislee is very head strong and will “fight you on anything.”

Boston, 4, is described as “all boy” by his grandmother. He likes to play with worms, snakes and trucks. His family said Boston is very loud, fun and cute.

“(He likes) things that his brother would never touch,” Langlais said. “Jaxon doesn’t like to get dirty he would rather stay inside and watch Youtube videos on tractors. But Boston will be out there in the dirt everyday.”

Lisa Padilla said all of her grandchildren are sweet and loving kids and they get it from their mother. She said that the accident has been hard on the children.

“They don’t understand,” she said. “I think Jaxon, being 8, understands more. What I’ve noticed, behavioral wise, is that all of them are extremely clingy. If you sit down they have to sit on top of you. Boston won’t sleep anymore unless he sleeps with me. He won’t go to bed without me.”

“Why did mommy get hurt? Where is mommy? Why couldn’t they fix her body?” Langlais said.

Langlais has set up a GoFundMe account for the children to help them with counseling, school supplies and future savings.

Currently Lisa Padilla has custody of the children but their fathers will be gaining custody of them soon. She said Jaxon will be adopted by his father and stepmother and move to Florida. Paislee and Boston’s father was overseas when Galley died and they will probably be moving to California to be with him.

Lisa Padilla said her daughter was loved dearly by many and will be missed.