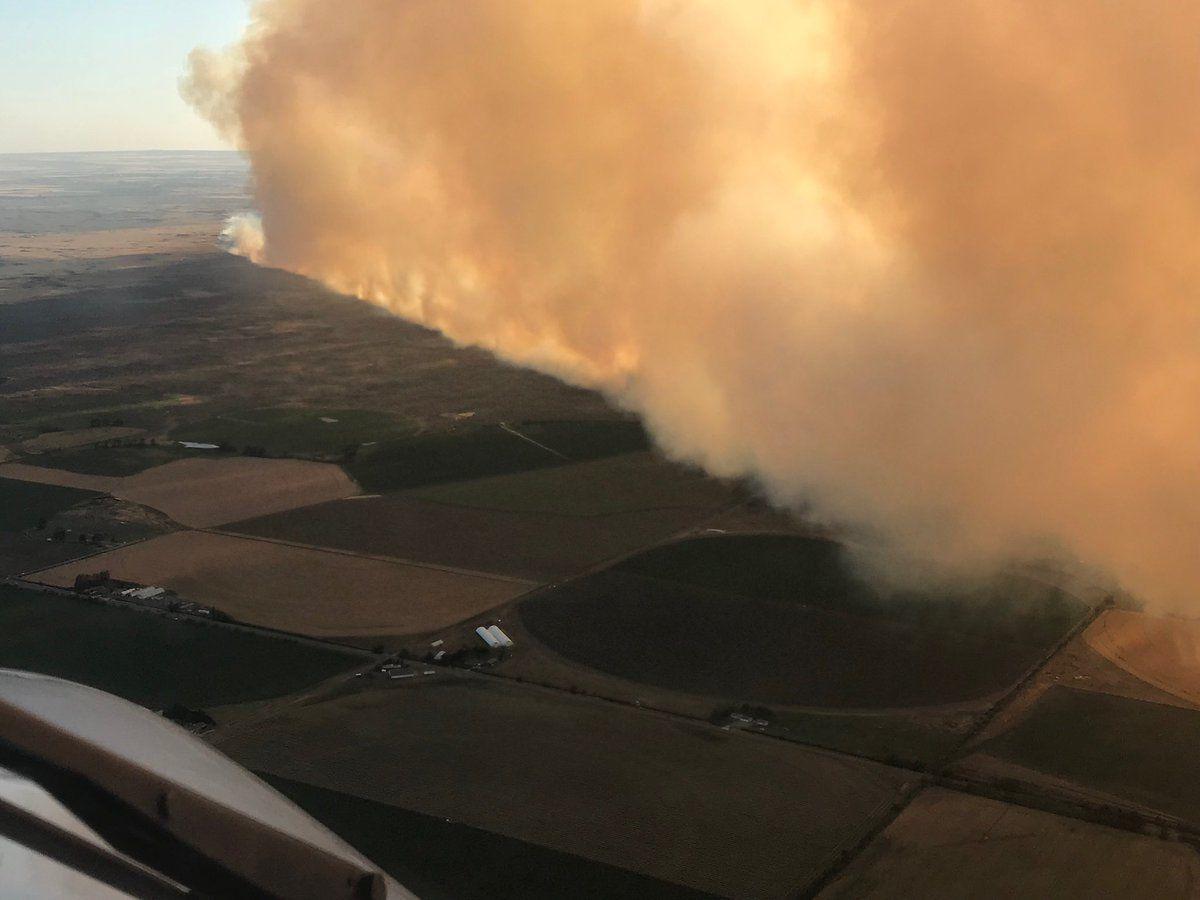 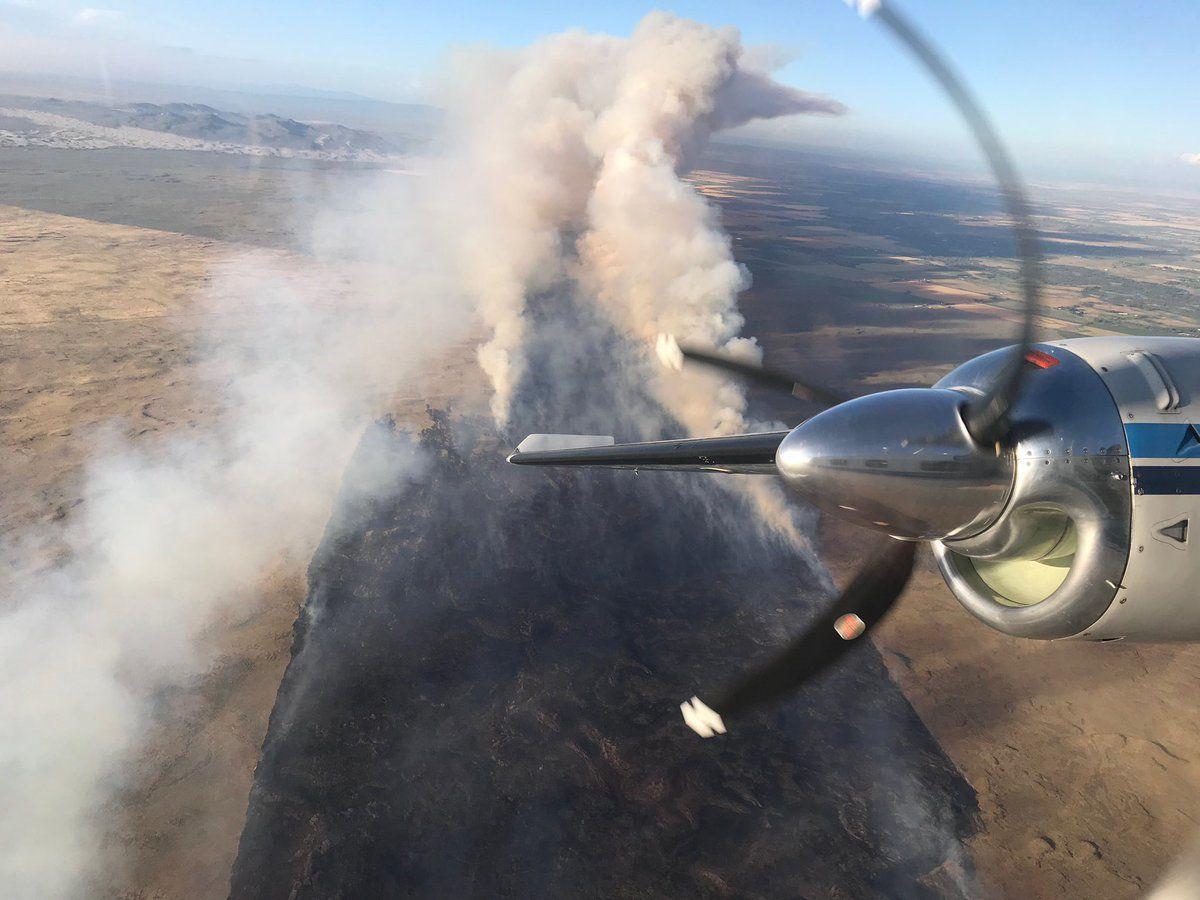 REXBURG – The Bureau of Land Management reports that a fire 11 miles west of Rexburg has burned through more than 1,000 acres. There have been no reports of injuries, and there are no current orders to evacuate residents.

BLM says that the “Desert Ride Fire” has destroyed 1,200 acres and has burned through grass and shrubs.

The Eastern Idaho Interagency Fire Center reports that 15 mile an hour winds are propelling the fire with gusts up to 20 miles per hour.

"The fire is running in fine, flashy fuels. The spread potential is very high as winds continue to drive the fire through the brush," it reported.

“Fire and EMS are on it. Part of Highway 33 is shutdown,” he said. “The firefighters are working on getting it contained."

The Central Fire District reports that the highway is closed from Old Highway 91 to 2000 South. Reports indicate that seven federal engines are helping as are six single engine air tankers.

CFD stated that its own crews as well as Madison, Hamer, Roberts and BLM fire fighters are helping fight the flames.

There is no word yet on what started the fire. BLM reports that no structures have been threatened.

Despite the threat of increasing winds, EIIFC expects to have the flames contained by 10 tonight.