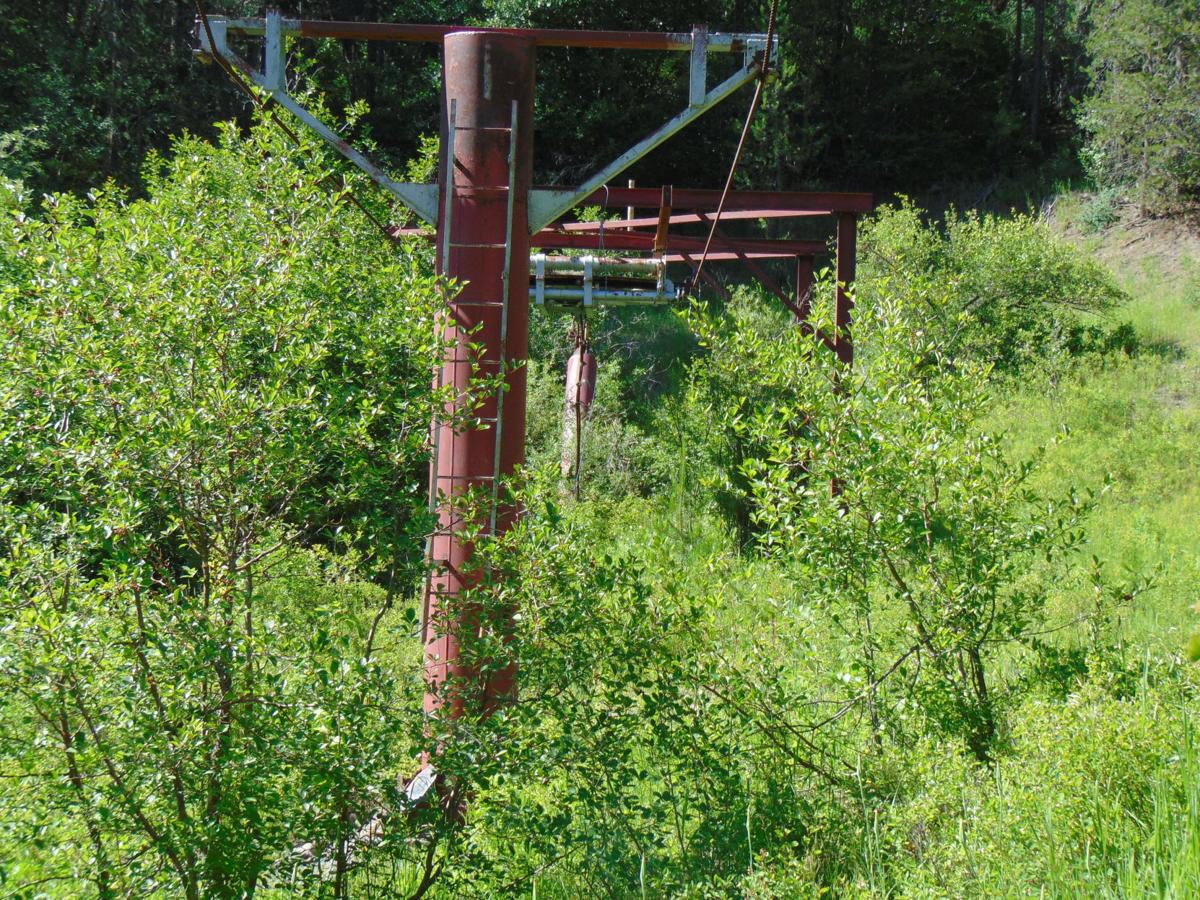 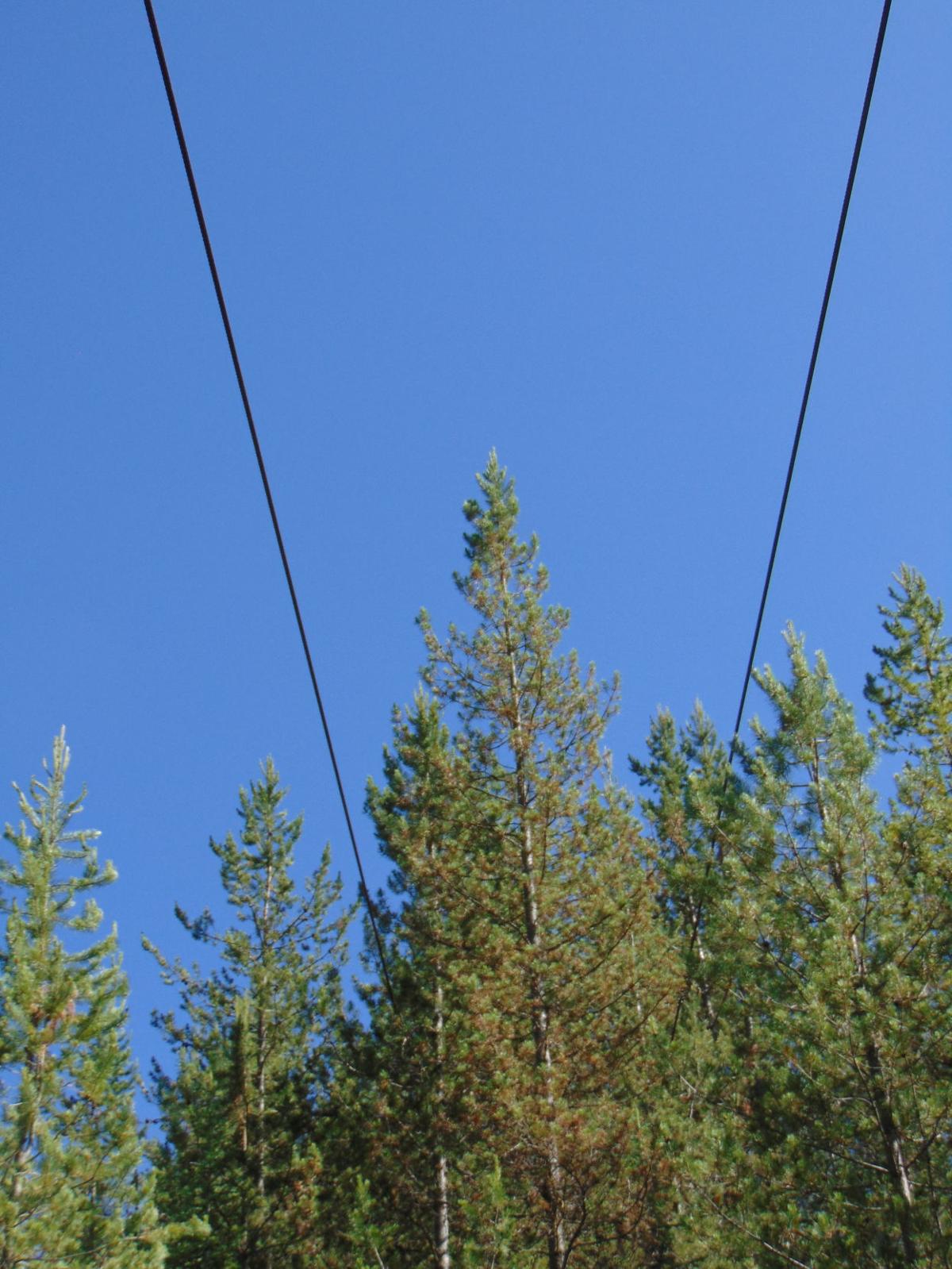 The old cables from the Bear Gulch Ski Lift are still attached to the lift and run up the mountain to another connection. 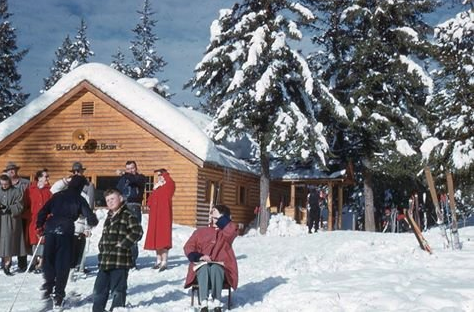 The old Bear Gulch Lodge proved a popular place to hang out after skiing. The U.S. Forest Service burned down the building in the 1980s citing it served no useful purpose. 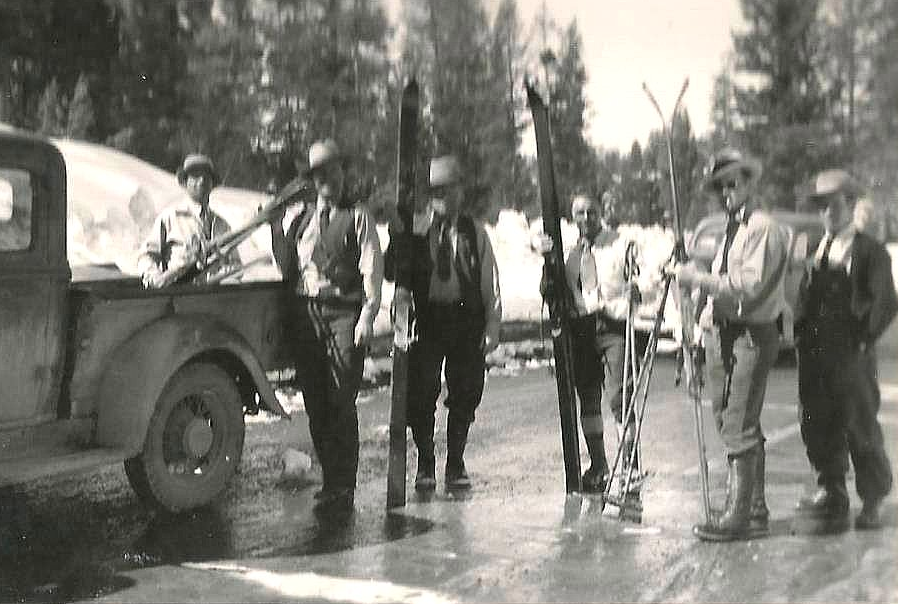 The old cables from the Bear Gulch Ski Lift are still attached to the lift and run up the mountain to another connection.

The old Bear Gulch Lodge proved a popular place to hang out after skiing. The U.S. Forest Service burned down the building in the 1980s citing it served no useful purpose.

Write the words “Bear Gulch” on social media, and watch the Ashton Facebook page light up with residents’ memories of skiing there from the 1940s through the 1980s.

“Bear Gulch was well known for its intermediate and expert terrain, even though small and with a 600 foot vertical drop, (it) had been the premier ski area in eastern Idaho,” wrote Thomas Howell in his history entitled “Bear Gulch Ski Basin.”

Howell details how in 1938 plans for Bear Gulch began thanks to the Targhee National Forest Service that scouted out locations for a ski resort along Yellowstone Highway 191 The following year, Norwegian world-class skier Alf Engen helped create ski runs named Bear Cat, The Dipper and The Teddy Bear.

The Ashton Dog Derby Association, the U.S. Forest Service and the Ashton Ski Club created the nonprofit Bear Gulch organization. The organization relied on a Caterpillar engine to pull sleds up to the T-Bar lift and upper shack, Howell wrote.

“About 14 skiers could be taken at a time as they sat side-by-side in the sled,” wrote Howell.

By the fall of 1940, officials added a rope tow on the Teddy Bear run. It cost 10 cents per ride on the sleds and 5 cents per ride to use the rope tow.

During World War II, Bear Gulch closed but reopened in 1945 after the Forest Service issued a permit to the Bear Gulch Ski Basin Inc. The corporation built a lodge that came with a large kitchen and double fireplace.

“(It was) the only ski resort that I’ve skied where the lodge was in the middle of the runs,” one Facebook post stated.

“A rope tow by the lodge was said to be run with Dan Reimann’s Dodge Power Wagon which also plowed the parking lot with a plow on the front,” Howell wrote.

In 1959, ski lift prices increased to $2.50 with season tickets sold for $15 on the rope tow and $30 for the T-bar. Fast-forward to 1965, and Fall River Electric added power lines to the Bear Gulch region. On the right side of Dipper run, workers added a double chair lift.

“The lift always seemed odd to most skiers, as the large concrete counter-weight was at the bottom instead of the top like other ski areas. Truth is, that the counter-weight is always on the opposite end of the power source. Bear Gulch with its unique layout had the motor and hydraulics at the top where it was more accessible for maintenance,” Howell wrote.

Skiers did most of the trail grooming themselves by volunteering for a “ski-pack” where they would ski over spots needing extra attention. Resort owners later used a double-tracked Ski-doo that towed “a wooden frame with chicken wire suspended and stapled along the sides.” Eventually Tucker, Thiokol and Bombardier Sno-Cats took over grooming.

Howell reported that in the 1960s and 1970s, the ski resort’s maintenance and insurance costs increased substantially. At the same time, the Forest Service ordered Bear Gulch owners to increase safety requirements. The changes may have motivated the owners to sell the resort to Bruce Black, Ernie Andrus and Vern Kelch in 1970.

From 1971 through 1976, the resort enjoyed good years. It apparently got so good, that Bruce Black suggested turning the resort into a year-round facility that would have included a swimming pool. A ski shop was opened, as was a ski school.

Around 1983, the popular ski resort risked foreclosure by the FmHA. An Ashton group raised the $33,000 needed to purchase the facility. Yet, the massive costs for repairs to the facility caused the group to only bid $5,500 on the ski resort. FmHa quickly rejected the offer.

In stepped cousins Tom Harward and Jim Harward who purchased Bear Gulch for $12,000. They opened the resort during the 1984-1985 season but soon tried selling it. The Forest Service ordered the Harwards to implement more stringent safety regulations, which they refused to do. The Forest Service then declined to issue a permit for the following season. The inaction ended Bear Gulch for good.

On Facebook, people posted how much fun they had at Bear Gulch.

“Bear Gulch was great to ski and was so close. I was sadden when it went out of business,” one writer said.

“Those were the best of days,” wrote another.

Around 1997, the Forest Service opted to burn down the Bear Gulch Lodge saying that it wasn’t serving any purpose.

“Many wonder if a business in the old lodge would have been viable given the still heavy usage of the area,” Howell wrote.

Today all that remains of the old ski resort is a rusty ski lift suffering from 40 years of neglect. Two rusty cables run from the lift to a connection higher up on the mountain. The region remains popular for hikers who come across the equipment and note how surreal it is for the lift to be there surrounded by trees and grass.