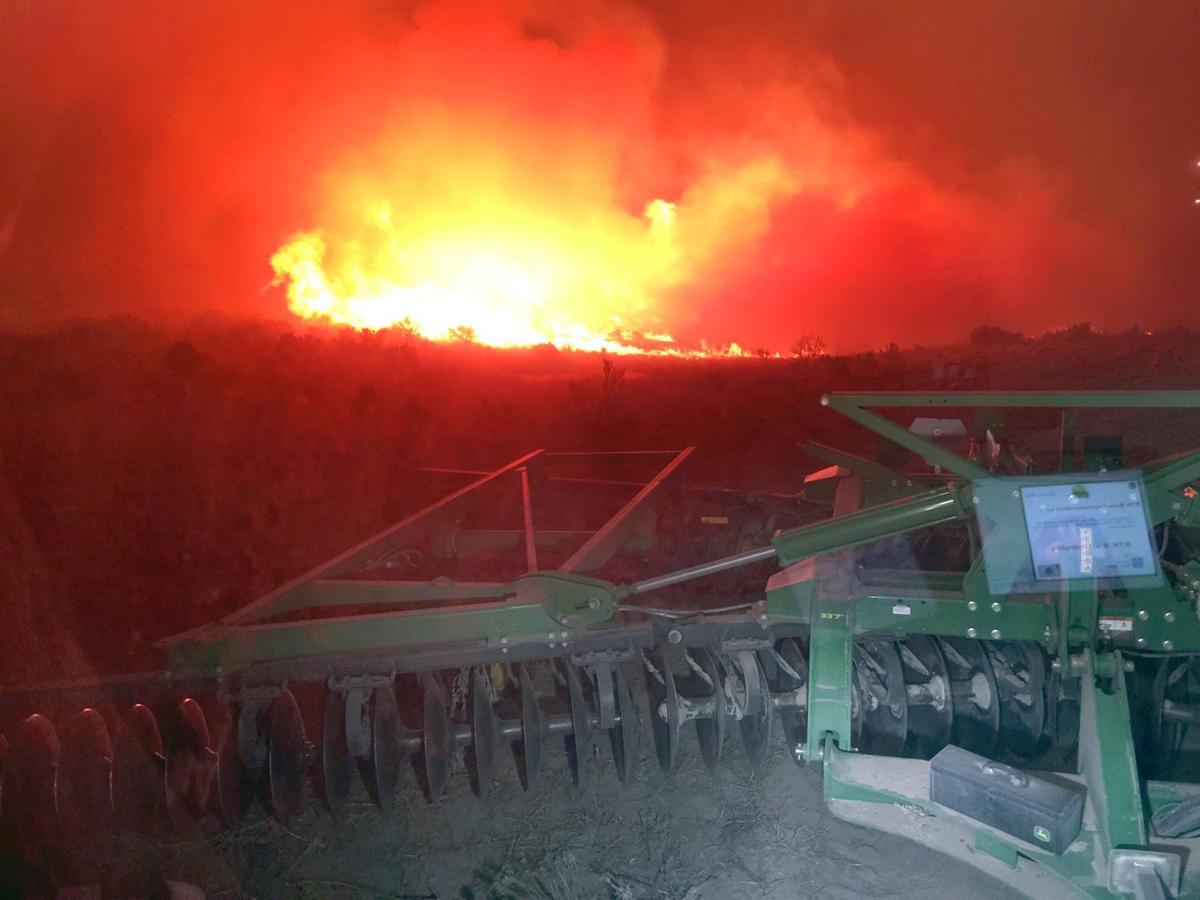 Farmers disced fire lines to keep the fire from spreading. 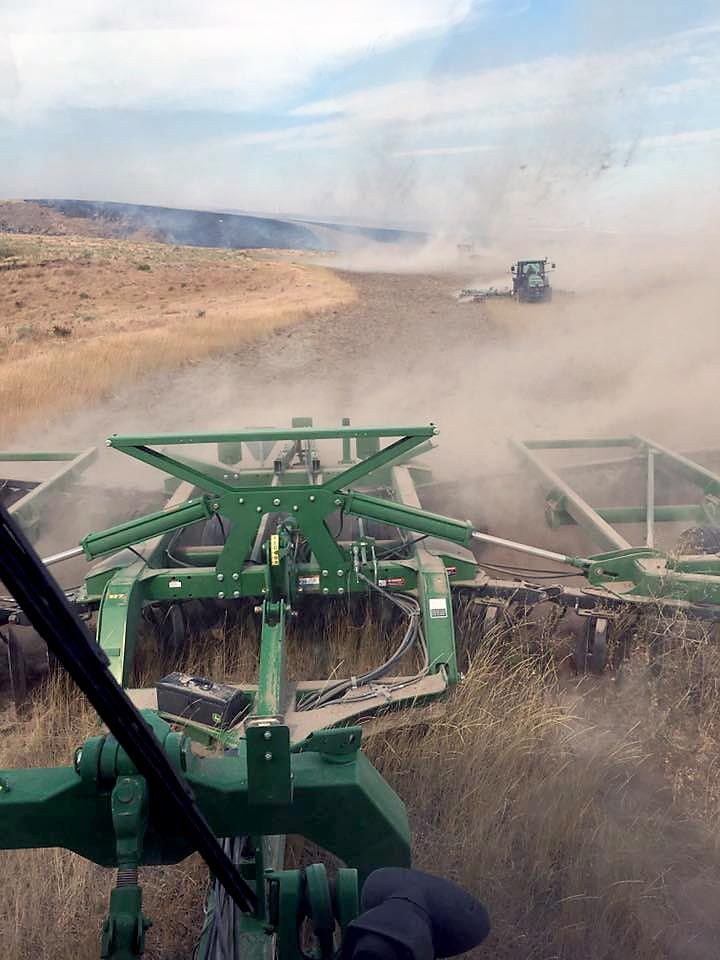 Farmers made an 800-foot-wide fire line to save their homes and farms from a raging fire. 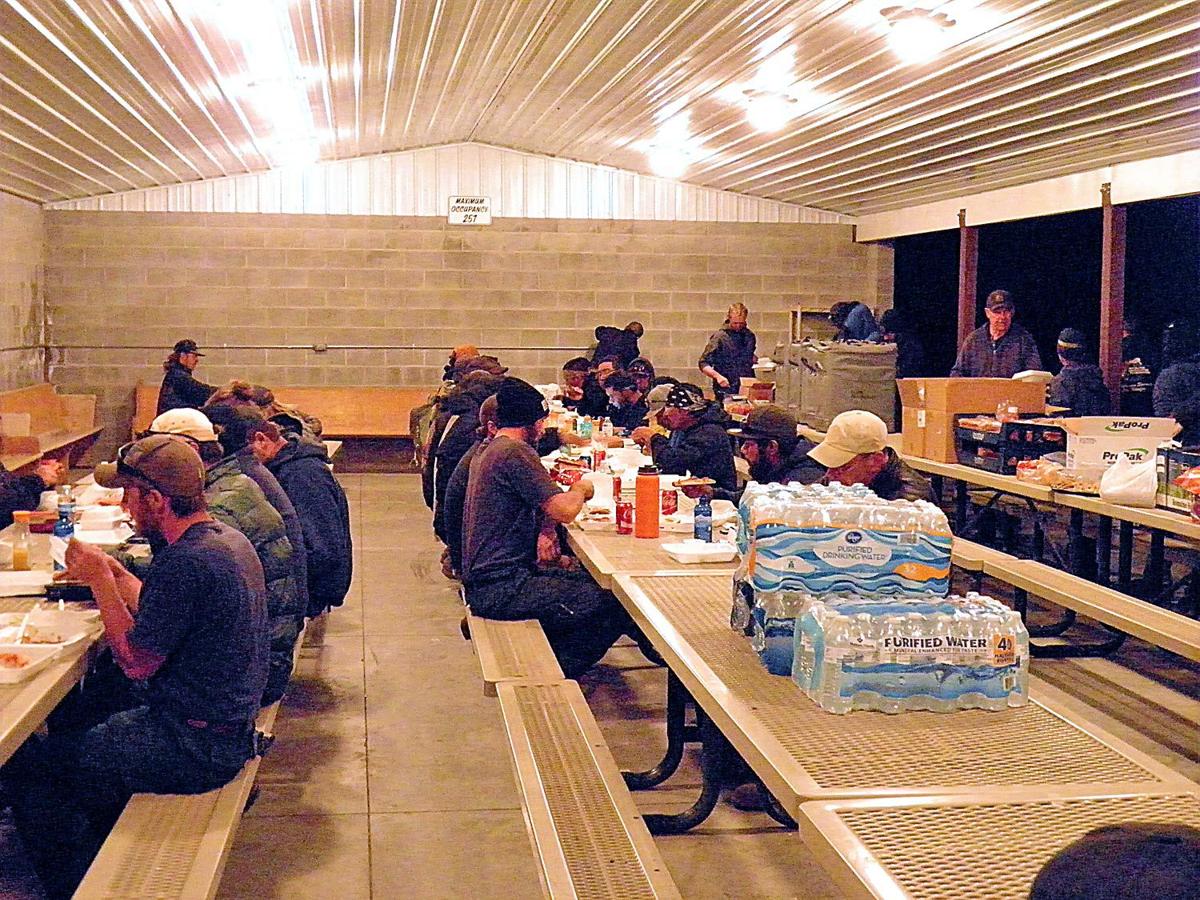 The picnic shelter at the Ririe Stake Center was used by firefighters.

Farmers disced fire lines to keep the fire from spreading.

Farmers made an 800-foot-wide fire line to save their homes and farms from a raging fire.

The picnic shelter at the Ririe Stake Center was used by firefighters.

Todd Sutton, a farmer and bishop of the Ririe LDS 1st Ward, said 19 homes within his ward boundaries were threatened as winds swept the fast-moving fire across miles of dry land.

He said word spread quickly among ward members and neighbors that help was needed to evacuate the homes located in rolling farmland a few miles outside of town.

“Word got out and ward members and neighbors pulled together,” the bishop said.

People from the ward and community arrived with trailers to haul away everything from household furnishings to several hundred head of cattle and horses. While some people took only their valuables, two families moved the entire contents of their homes.

Bishop Sutton estimated about 150 to 175 people helped not only with the evacuation, but also with moving everything back into the homes once the danger of fire had passed.

While most of the evacuees had places to go, people were invited to use the LDS meetinghouse in Ririe. Some people brought campers and set them up in the parking lot.

Thanks to the quick action of a dozen or so local farmers and a shift in the winds, the homes and farms were spared.

Farmers, who were in the middle of the grain harvest, dropped everything to begin discing a fire line Aug. 22 in hopes of keeping the range fire from spreading into the nearby farms. They worked through the night, trying to keep ahead of the fire.

Bishop Sutton worked alongside other farmers to disc a fire break about 800 feet wide, with 400 feet on one side of the county road and 400 feet on the other.

“If it had jumped the fire line, it probably would have burned eight or nine homes,” Bishop Sutton said.

In places, the fire came right up to the fire line. He would drive his tractor into the flames and cover the burning fire with dirt to extinguish the fire.

Also driving a tractor on the fire line was Boyd Foster, president of the Ririe Stake and a local farmer. He said the fire line extended about five miles, including along an LDS Church welfare farm.

President Foster said seven or eight tractors were used to create the main fire line, while several other farmers were discing fire lines around threatened homes.

Originally headquartered at the Ammon Foothills LDS Stake Center, the fire command post was moved to the Ririe Stake Center south of town for a few days. About 250 firefighters slept on the church grounds, and the picnic shelter was used as a command center. One night a community meeting that drew several hundred people was held in the cultural hall.

Because more firefighters were called in to fight the growing fire, the command post needed even more space, so it was moved to the campgrounds near Ririe Reservoir.

“They were very appreciative,” Blair said of the firefighters and government employees. “I got call after call from people saying how thankful they were.”

Blair said they offered to pay for using the church property, but no money was accepted.

Upon leaving, Blair said, “They left it cleaner than when they came.”

President Foster added, “We had several very nice comments. Most of the people had never been inside an LDS church, and they were very complimentary of the building.”