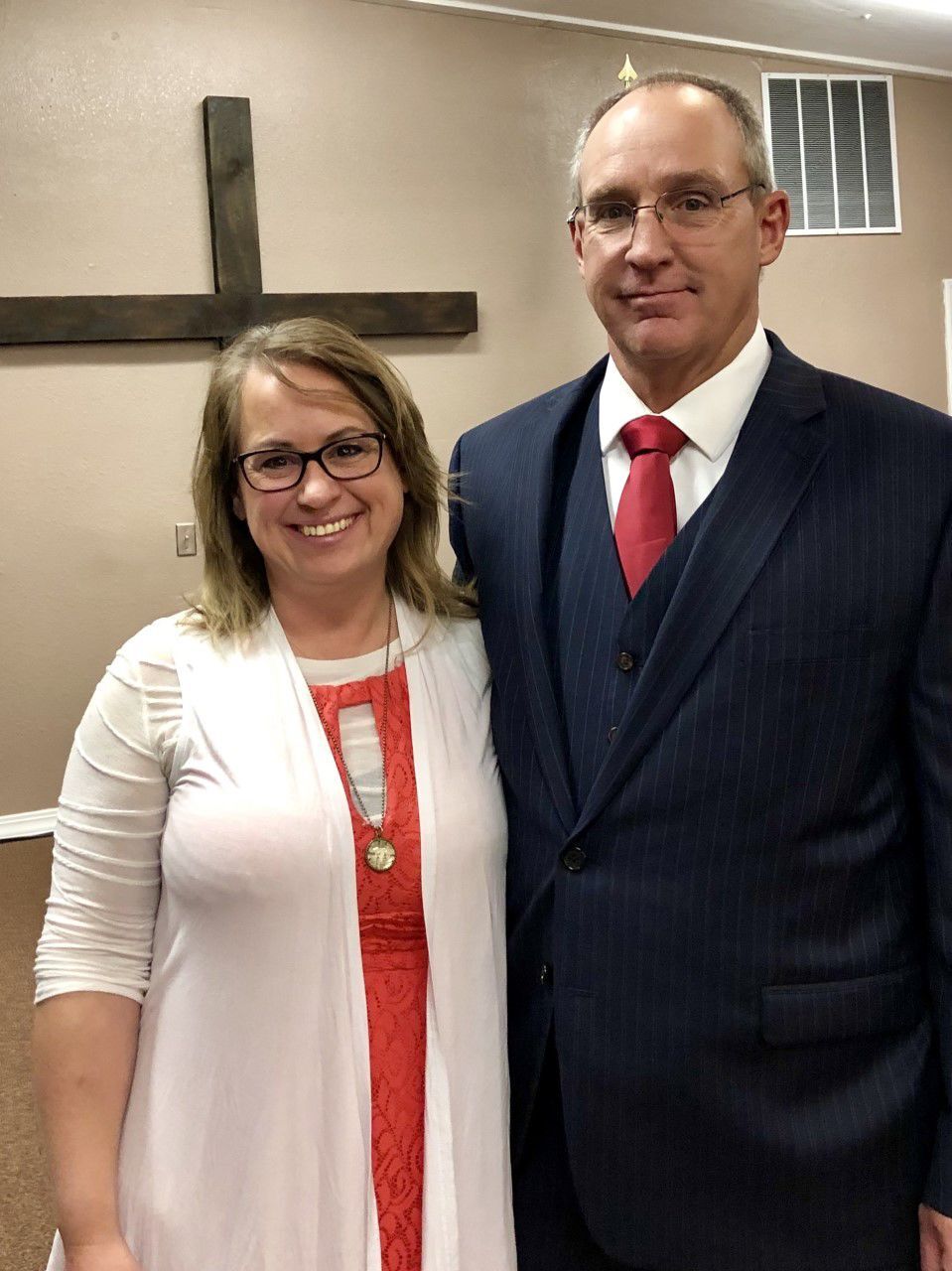 Sugar City’s Lighthouse Bible Baptist Church Pastor Walter Barbee and his wife Connie oversee a congregation of about 12 people each Sunday. Pastor Barbee emphasizes working with those being held at local county jails. 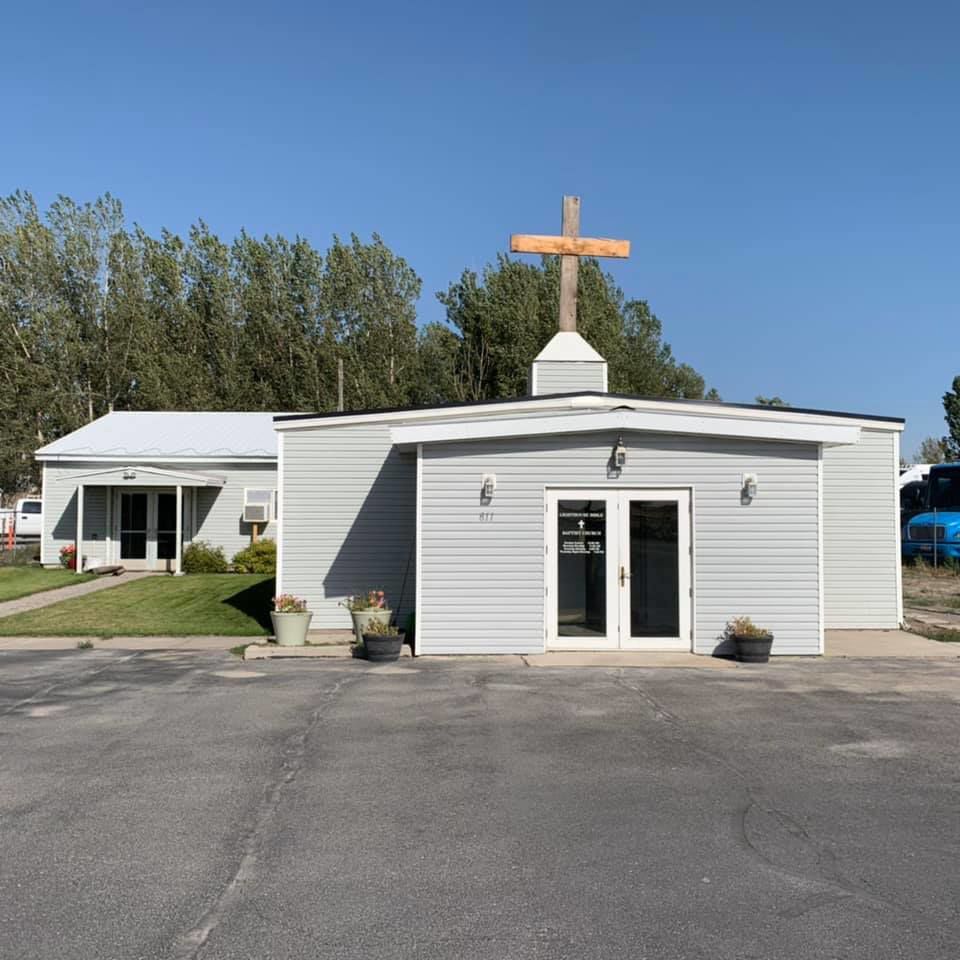 Sugar City’s Lighthouse Bible Baptist Church Pastor Walter Barbee and his wife Connie oversee a congregation of about 12 people each Sunday. Pastor Barbee emphasizes working with those being held at local county jails.

As the pastor of Sugar City’s Lighthouse Bible Baptist Church, Barbee says that it’s a Christian requirement to serve the imprisoned.

“As soon as they let me back in there, I’m there,” he said. “If they’d let me go Sunday, I’d be there. If you were in jail, wouldn’t you want someone to come see you? Prisoners need to know someone loves them.”

COVID-19 prevented Barbee from serving the incarcerated for much of this year. Prisoners aren’t much different than anyone else needing redemption. They just happened to get caught making terrible mistakes, he said.

“They need a savior. I tell them that Jesus loves them,” Barbee said.

Barbee likens his ministry to that of a spiritual physician.

“It’s the sick that need a doctor. If they’re in jail, they’ve done something stupid to get there. Some people say ‘We’re done with you (prisoners). We’ll give up on you.’ There’s nowhere in the bible where that’s the case,” he said.

During jail worship services, Barbee preaches, sings a few hymns and works with prisoners on an individual basis. The hope is that the get-togethers will help prisoners see the error of their ways.

“It changes their eternal destination,” he said.

Parishioner Amanda Chase, who has attended the Sugar City church since she was a child, says she enjoys that the church sticks with the King James Bible.

“What I like about Brother Walter is that he stands for the church. He never waivers. He loves his members. He has a burden for the people in the valley,” she said.

Barbee received his call from God while worshiping at a Texas church several years ago.

“When He called me, I struggled and kind of resisted. The services were pretty much over. Even the singing was over. I told God, ‘If you really want me, sing one more verse,” he said.

The church minister suddenly turned to the pianist and asked her to continue playing.

Shortly after, Barbee says God urged him to sell everything he owned and to move west. He and his wife, Connie, later wound up in Island Park where he got a job at Bill’s Island working as a security guard.

The Baptist denomination doesn’t require its ministers to be licensed, but instead believes that God individually calls preachers to service.

After learning that the Sugar City church needed a minister, Barbee met with church officials who later asked members if they believed God had called Barbee to preach. They later voted in his favor.

The church meets at 7 p.m. on Thursdays and again for Sunday school at 10 a.m. At 11 a.m., Barbee holds a worship service followed by a 5 p.m. service, at the church located at 831 Railroad Ave.

About a dozen people attend each time.

“The Lord says ‘Feed my sheep, feed my lambs.’ He didn’t say how many. He just said to feed them. That’s what we do,” Barbee said.

If someone doesn’t attend church services, Barbee finds out why.

“You’re supposed to be an earthly shepherd. If you’re shepherding, and a sheep doesn’t show up, you want to know why they’re not there. We need to be the same way with sheep in church. I ask ‘Are they okay? Are they upset? Did you preach hell was too hot on Sunday, and they got ticked off?’” he asked.

During the height of COVID-19, members didn’t worship together for several months. That all changed once health requirements lifted allowing for such.

“They were discombobulated when we couldn’t meet. There was a little bit of anxiousness and frustration. Once we went back to fellowshipping, singing, praising and worshiping God, then we got peace again,” he said.

To help spread the Gospel, Barbee shares it via Facebook. Thanks to that, foreigners, who barely speak English, have attended, he said.

The church is all about drawing people closer to God, Barbee said.

“It’s a relationship with Jesus. Anybody can have it,” he said.