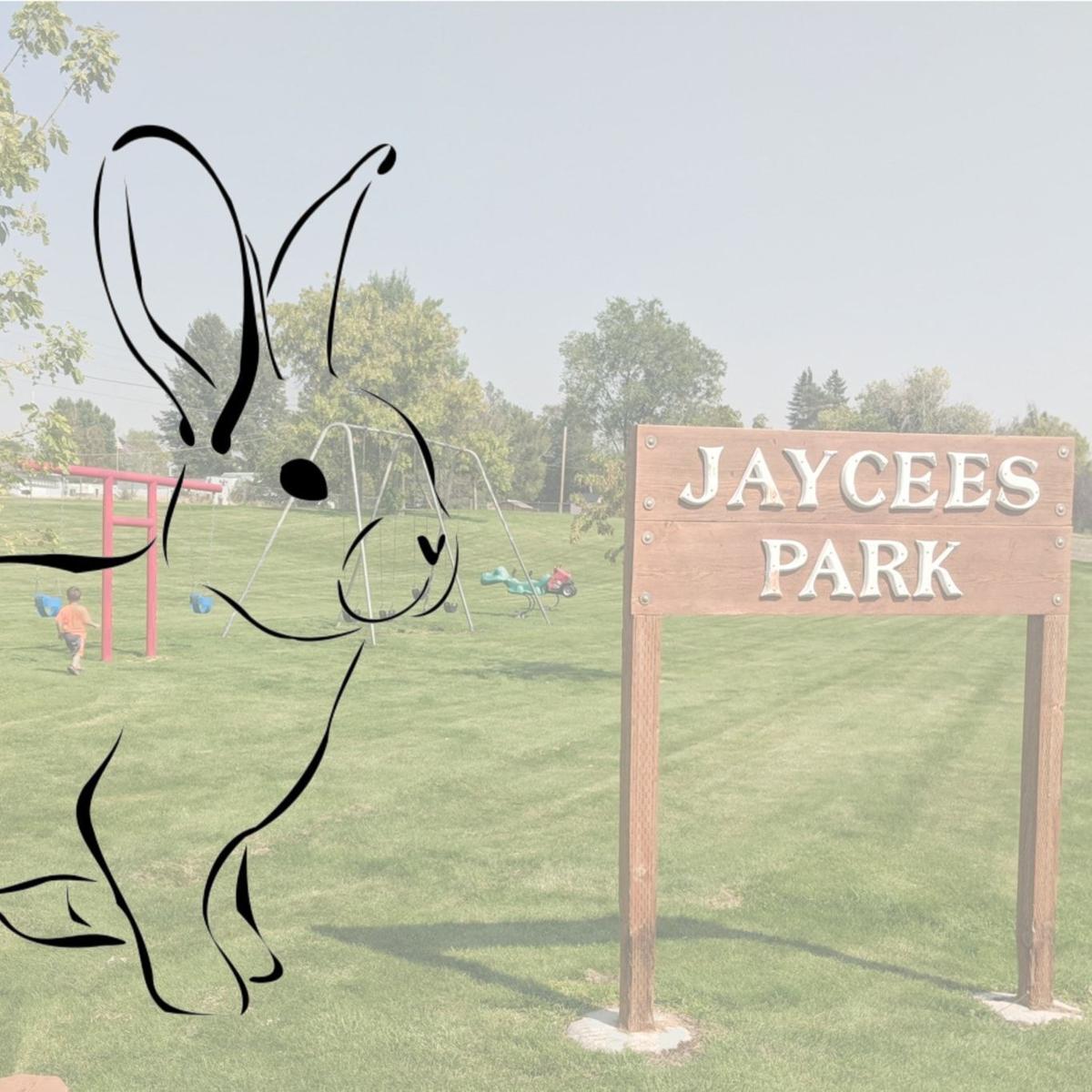 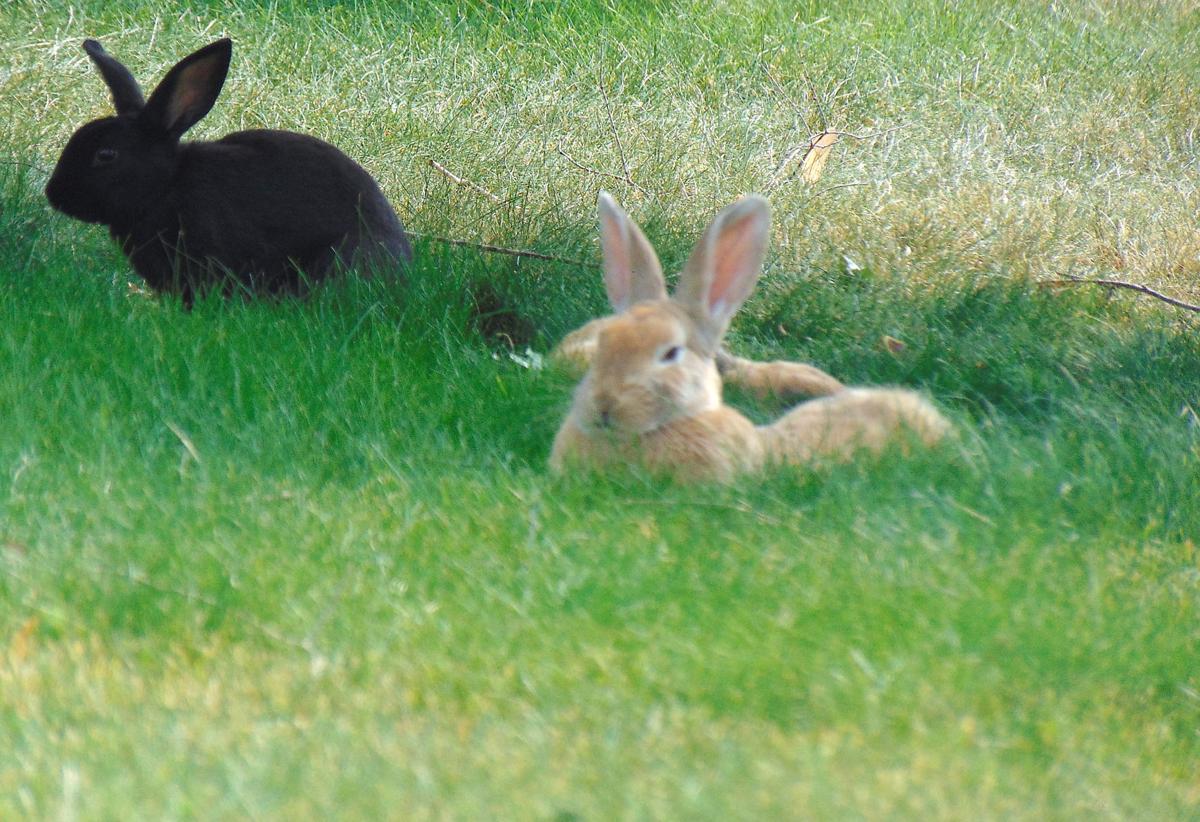 The bunny catch is scheduled from 6 p.m. to dark, Saturday and Sunday at Jaycees Park located at West 1st North near 8th West.

“The city council is on board - absolutely - They’re pretty supportive. They just want the problem to go away,” she said. “They were all for it. We’re all for whatever we can do.”

City Mayor Don Powell said that he and council members are glad to get the help from the rescue.

“The employees have trapped quite a few. The problem just keeps growing. There are still a lot over there,” he said.

Over there, is at the Jaycees Park where numerous rabbits have been seen and especially so in the evening.

“They said they think there are about 100. There are quite a bit,” Turpin said.

Plans call to divide rescuers up into groups of 10. Each person will carry a panel or a blanket to catch rabbits, she said.

“They’ll all work together to corral a group of bunnies. Also, we’re hoping to use some nets too – either corralling or using the net,” Turpin said.

Turpin also hopes to catch the bunnies by feeding them.

“If we just throw a whole bunch of pellets, the rabbits will gather around. It’s an easy way to circle around them,” she said.

“They’re willing to come in and do something rather than have us sitting here with our hands tied,” Sykes said.

Sykes noted numerous complaints by residents about the bunnies.

“We have had a lot of people complaining that the rabbits have gotten into their garden, and they’re digging holes. They’re tunneling clear underneath people’s houses and causing a lot of chaos,” she said.

City workers have attempted to remove the rabbits and to transport them out of town where a farmer agreed to take them. The city has no interest in trying to kill rabbits as was done during rabbit drives of the 1970s, Powell said.

“We’re not going to do like they did back then and bash them with bats and stuff. This will be live capture,” Powell said.

The rabbit rescue has saved other bunnies at times, but it has not rescued any rabbits to the extent expected this weekend, Turpin said.

“It’s our first major rescue. We’ve never had a big catch like this,” she said. “The biggest issues we’ve dealt with have been hoarding of rabbits. There’s always some type of hoarding case happening.”

Rabbits retrieved from Jaycee’s Park will be taken to the organization’s new Rexburg home run by one of its volunteers. There, a “rabbitat,” a small outdoor enclosure, will be used to care for the bunnies until permanent homes are found.

“It’s like a rabbit’s natural habitat. Rabbits actually do really well in this kind of a habitat,” Turpin said.

The organization was right in the middle of a move from its Idaho Falls rescue facility when St. Anthony requested help.

“When we were asked about this, it was bad timing, but we wanted to help in any way we could,” she said.

Turpin expressed concern that, if the rescue group did not hop to it, the bunnies would continue multiplying at a tremendous rate.

“So, time is of the essence. Each day that passes is another potential (rabbit) pregnancy, and the days are starting to get colder and most of them won't make it through the winter,” she said.

Rabbit.org, refers to the ability of a female rabbit to produce a new litter every 30 days as a “Bunpocalypse.”

“One breeding pair of rabbits – and their offspring – can create nearly 4 million rabbits in only 4 years,” it reported.

The rescue group plans to eventually spay and neuter the rabbits it catches in St. Anthony.

“This would cost thousands of dollars to do 100 rabbits, so we plan to separate them by sex for now and remove the pregnant or nursing mothers from the group,” Turpin said.

St. Anthony’s rabbits are domesticated bunnies and need humans to survive, she said.

“They couldn’t live without us. They need someone to take care of them. They need someplace to live,” she said. “I love to be able to help. It’s pretty rewarding.”

For more information on the upcoming “St. Anthony Bunny Catch” visit facebook.com/rememberingruby or call the city at 208-624-3494.