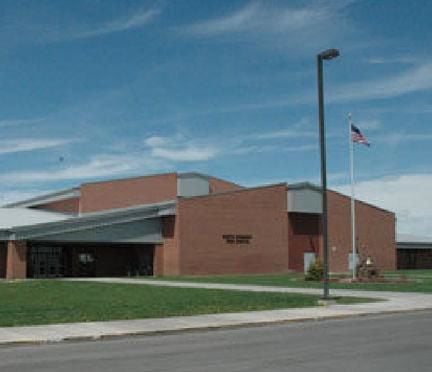 The event starts at 10 a.m., at the high school, reports Principal Larry Bennett.

“We are going to do a graduate parade and issue diplomas at the high school. The kids will parade throughout town with a police escort,” he said.

“The kids are going to give their speeches on Facebook Live,” Bennett said.

“This is her last year. She’s graduating with kids,” he said.

Bennett says the 2020 graduating class has been incredibly resilient considering that the last two months of their senior year was cut short thanks to COVID-19.

“They have made the best of a bad situation. Our teachers have as well,” he said.

The class has proven as generous as they have been resilient, said Bennett. Money earmarked for traditional senior Lagoon trips and FatCats “lock-ins” will now be given away. The money had been saved since the youth started high school and now totals around $8,000.

“Since they didn’t have those opportunities, they elected to give the money to the teachers as a gift card to a restaurant,” he said. “They donated some of their money to the new football stadium that we’re starting to work on and to get it going. They wanted to be the first ones to donate. They’re a very giving bunch of kids. We’re proud of them.”

Following Saturday’s parade, plans call to have graduates continue celebrations with their families.

Bennett said this year’s grads have learned many lessons despite being away from the traditional classroom.

“They’ve taken a minute to realize they shouldn’t take things for granted,” he said.

Bennett is hopeful that school will open in the fall.

“Oh, my gosh. You can’t even imagine how much I’m hoping for that. It’s been really hard,” he said.

Despite the difficulties, the school and its 450 students have learned much about online learning.

“We’ll be better next time, but I hope there is never a next time,” he said.