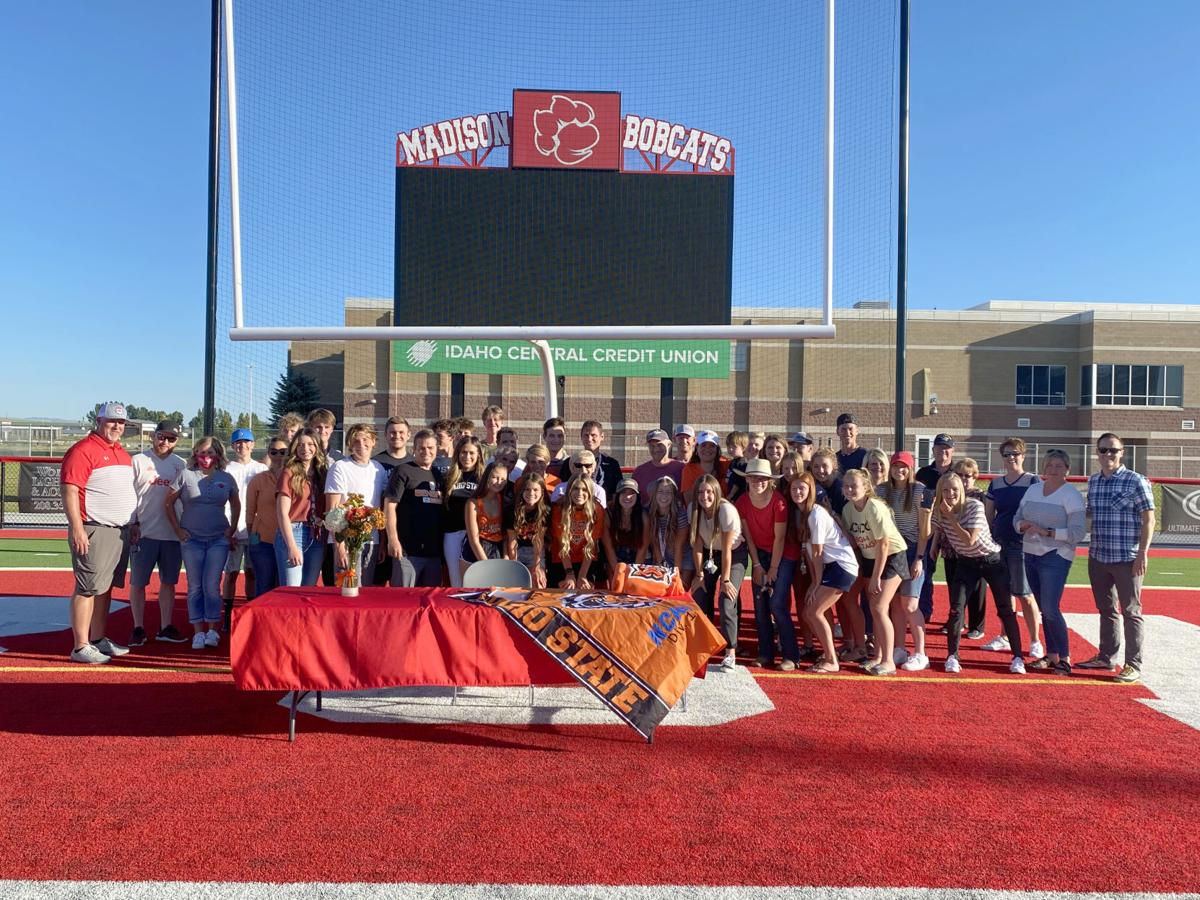 Ali Dummar poses with a large group of family and friends after signing her letter of intent. 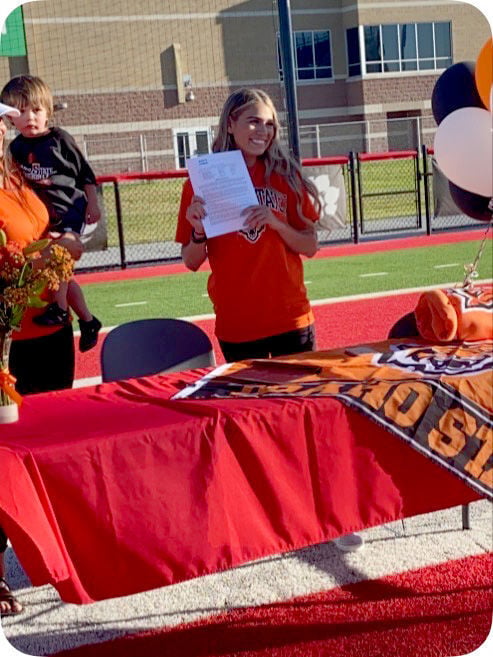 Ali Dummar holds up her letter of intent after signing with ISU. 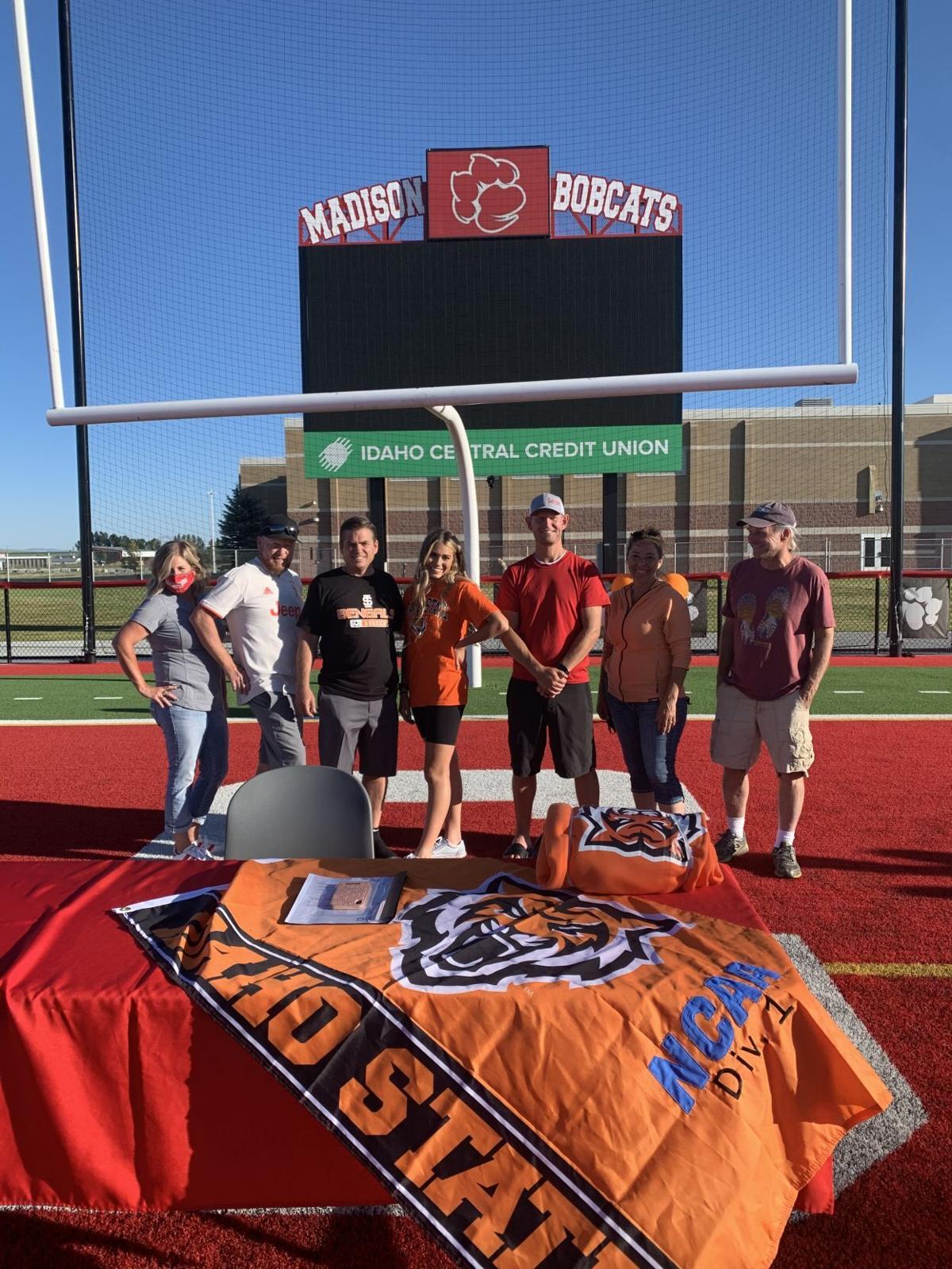 Dummar poses for a photo with her soccer coaches.

Ali Dummar poses with a large group of family and friends after signing her letter of intent.

Ali Dummar holds up her letter of intent after signing with ISU.

Dummar poses for a photo with her soccer coaches.

Dummar took the hour drive to Pocatello last summer where she was able to play with many of the current players and many of the 2020 graduates who would end up committing this year. She also had the opportunity to meet the coaching staff.

“What I loved about the University was the coaches and the feeling that I had around all the other girls in that environment,” Dummar said. “They were all just really welcoming to me. They were all just kind, competitive and amazing people.”

Dummar hasn’t had many opportunities to interact with ISU head coach, Debs Brereton in person but they’ve been had several conversations over the phone and regularly text one another.

The first time they met was last summer when Dummar went and watched an ISU game live in the Tigers’ Holt Arena.

“Honestly, the reason I’m going to ISU is because she is so cool,” Dummar said. “She’s super sweet and she’s a lot like of my coaches I’ve had in the past. She’s really competitive and passionate about her job.”

Over the past couple of years, Dummar has played for a travel team based out of Utah called the Utah Celtic premiere team that travels to play teams around the country. The Madison grad said being away from home made her realize how much she wants to be close to home.

“We’d travel up there twice a week,” Dummar said. “It was just a lot of traveling. I realized that I wanted to be closer to home so that my friends and family could come to watch my games and support me.”

ISU’s style of play also factored in to Dummar’s decision. Her time on her travel team helped her fall in love with a style of play where defenders press far forward.

Dummar signed her letter of intent on July 16 on Madison’s football/soccer field with a crowd of friends and family in attendance.

Dummar was also recruited by Grambling State University in Louisiana, Snow College in Utah and Jacksonville University in Florida. Boise State showed some interest in the Madison product as well.

Dummar feels ready to be a collegiate athlete.

“I’m really excited,” Dummar said. “I’ve always loved playing sports and being involved with the school. So I think it’s a good opportunity where I’m going to be able to make friends quickly and have my soccer team as a family that’s close to me. I’m excited for what it’s going to bring for the next four years.”