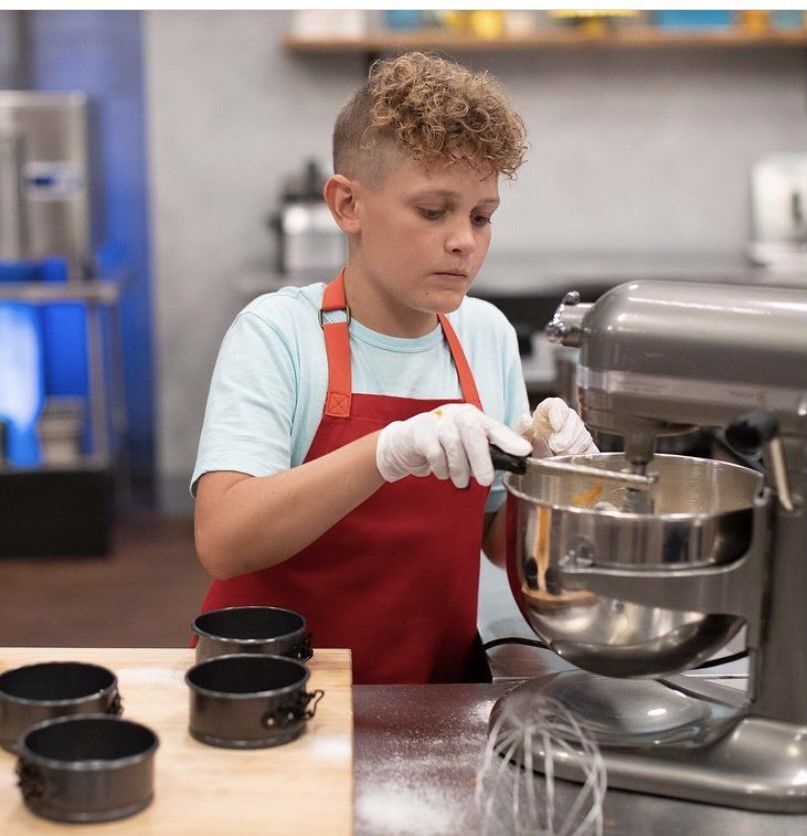 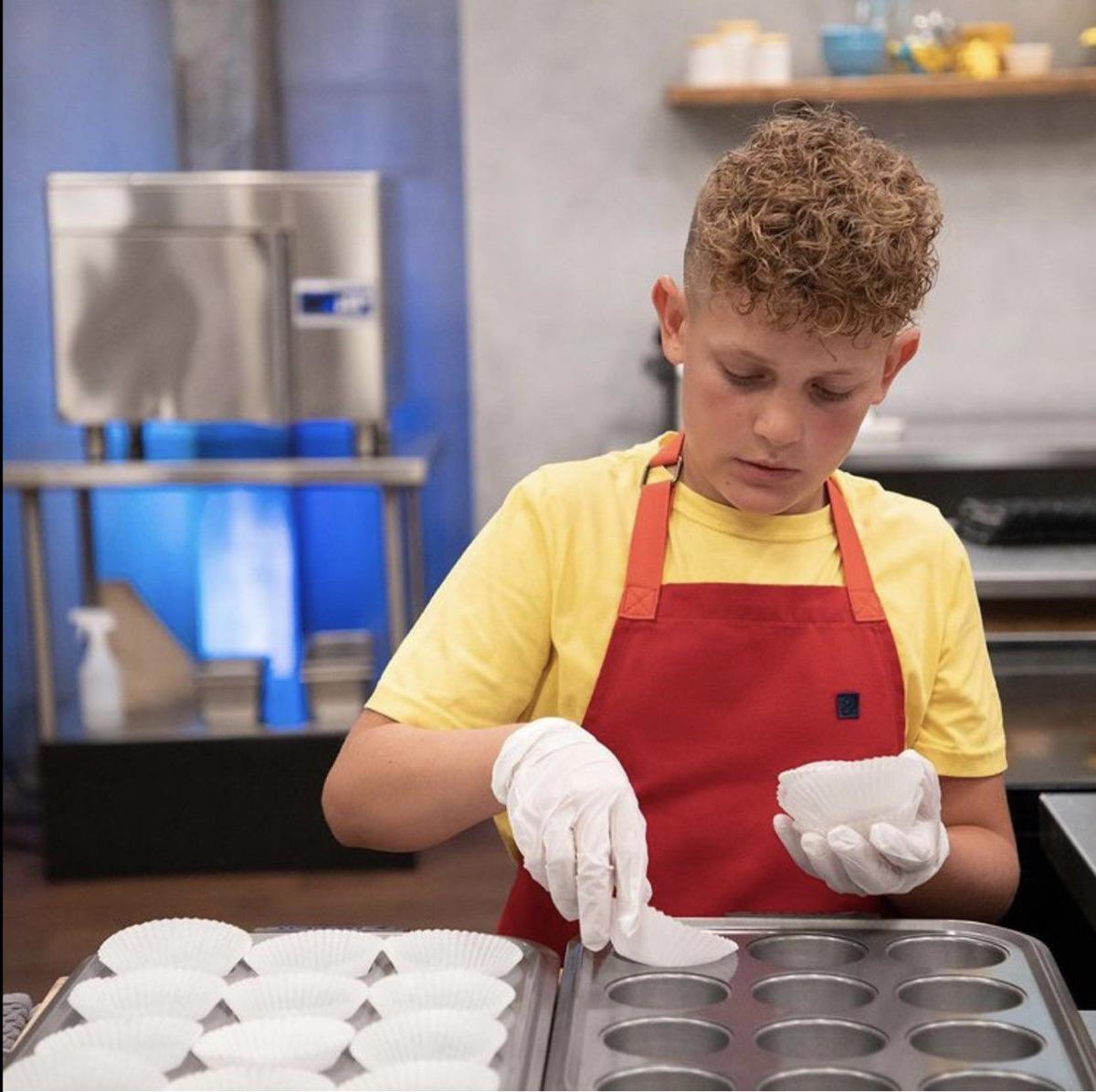 “It was pretty cool,” he said.

Ashton’s mother, Michelle Ashton, said both she and Keaton were thrilled beyond words following the win.

“He was so excited. He was very emotional. I was too. It was hard work. Everything was under a time constraint. There was a lot of pressure. It’s pretty fun for these kids. They work really hard for it,” she said.

Keaton’s win also netted him $25,000, plus a write up in the Food Network’s magazine. During the competition, Keaton met television star Valerie Bertinelli and professional chef Duff Goldman who host the show.

Keaton competed with two other youths during the 10th and final round of the contest. As with the competition’s other episodes, the judges gave the contestants a theme to use in making their cakes. In the last episode, they asked the young cooks to bake a cake based on a “specific biome” like a forest, desert or sea shore.

Keaton opted to make a three-tiered “Desert Cake,” that he adorned with cactus and animals.

Keaton and his family, which includes his dad Joel, and three sisters: Sadie, 19; Tess, 17; and Piper, 14, knew for months that Keaton had won the competition.

“It was, at first, really hard. Everyone asked ‘You were at the show. How did it go?” Michelle said. “We said ‘It will be more fun for everyone to be surprised.’”

On Monday night, the Ashton family rented out Rexburg’s Paramount Theater for friends and family to watch Keaton win the contest. The next day at school, Keaton’s fellow students greeted him with lots of congratulations.

Madison School District Superintendent Geoffrey Thomas said the school district is thrilled to see one of its own succeed.

“We are all very proud of him. It’s wonderful to see his talents being rewarded” he said.

Keaton initially applied for the Kids Baking Championship in 2019, but it wasn’t until February of last year that the Food Network told Keaton he was one of 100 young cooks — out of thousands who applied — being considered for the competition.

For the next six months, Keaton demonstrated his cooking skills to various chefs and the show’s producers via zoom. Around the end of July, the Food Network told Keaton he had been selected to compete.

The children were paid an hourly wage and even earned money while attending school three hours a day.

“It was a sweet deal. They paid for us to fly out, eat and stay. Everything was covered,” Michelle said.

Michelle says that Keaton has always loved to bake.

“When he was really little, he was always interested. He was by my side a lot. He likes to stir stuff,” Michelle said.

Keaton also attended a cooking class with his mom where he learned cake baking basics.

“Making cakes to him is like working with a blank canvas. It’s like a new creation,” Michelle said.

Two years ago, Keaton started his own cake baking business that he calls Keaton’s Cakes.

“He is booked until July, He has a booming business,” Michelle said.

If he could, Keaton would bake a cake every day, but his mom only lets him do up to four a week.

“I block out a week where he doesn’t bake at all. I want to make sure he doesn’t get burned out, so he doesn’t miss out on any plans with his friends or anything we do as a family – that comes first. He’s got to be a kid who has other activities,” Michelle said. “He also honors the commitment he’s made to people. It’s a business. I try to help him balance. Basically, that’s what my job is. “

Keaton says that he’ll use his winnings for college where he plans to major in the culinary arts.

“I think it would be cool to be a chef” he said.

For now, Keaton is concentrating on his cake making business where he makes everything from birthday to wedding cakes.

“I like making wedding cakes. It’s cool, it’s a part of someone’s special day. Looking back on the wedding pictures, they’ll say, ‘Oh, a 12-year-old made my wedding cake’,” he said.

And those newlyweds may also say “The Food Network’s 2021 Kid’s Baking Champion made my wedding cake.”