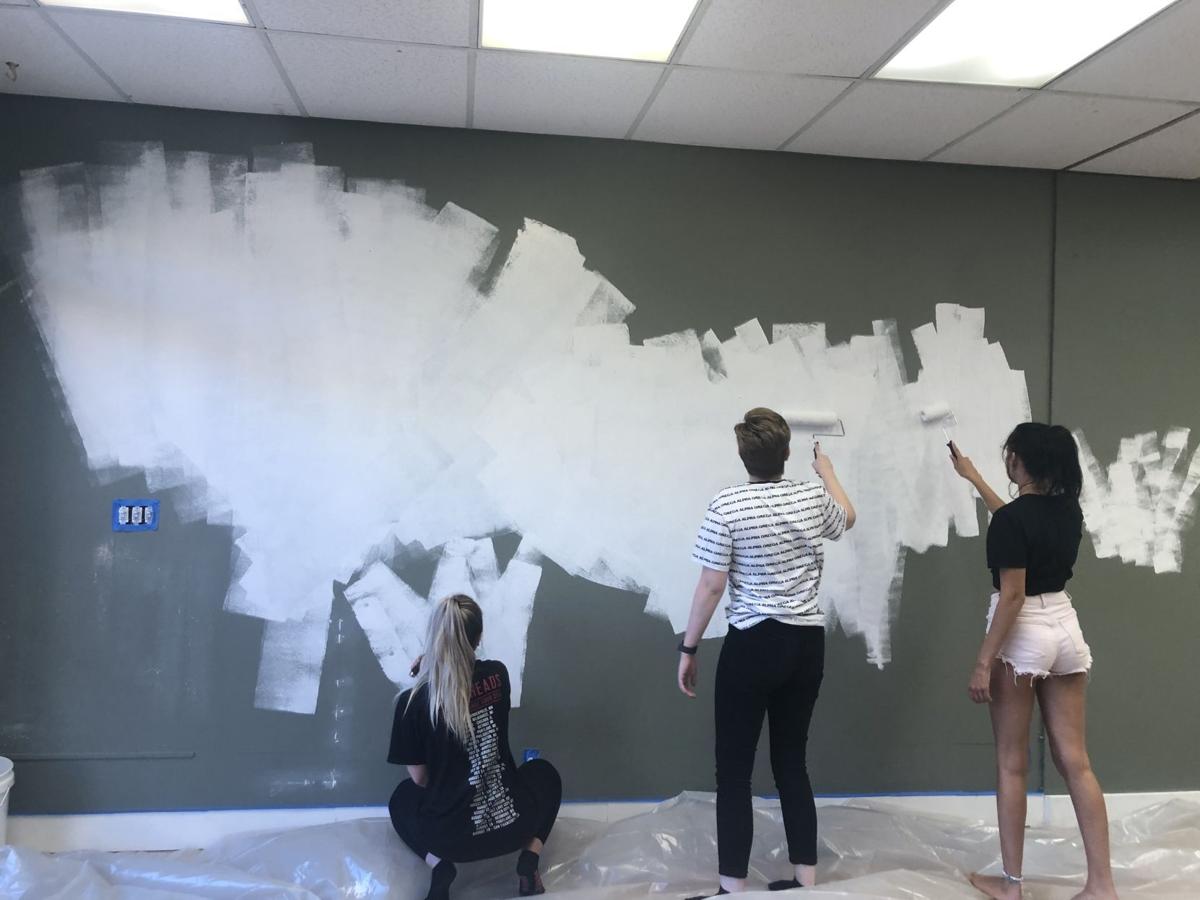 “I’m not leaving Rexburg until there’s an LGBTQ resource center in Rexburg.”

“Why am I not doing it?” Woodhouse thought to herself after she finished speaking to Kumire. She had saved the money to lease a spot and she had a good idea of what she wanted a potential center to be like.

Starting an LGBTQ resource center is something Woodhouse has wanted to do for years.

Two years ago, when Woodhouse was in school at BYU-Idaho, she came up with the idea and told her partner at the time about it.

Woodhouse feels like Rexburg’s culture makes it hard to be openly gay at BYU-Idaho, and she wants to change that.

“(I want the center to be) a place where people can go and feel safe for once in this town,” Woodhouse said.

The lack of safety Woodhouse is referring to might have something to do with a lack of diversity in religious beliefs in Rexburg and at BYU-Idaho.

BYU-Idaho is also owned by the Church of Jesus Christ of Latter-day Saints who believes that sex should only be between one man and one woman who are married to each other. For more information on the church’s beliefs and policies on the subject read the churches The Family: A Proclamation to the World or visit the church’s newsroom page on the subject.

“I had an experience in Rexburg as a queer student that wasn’t great,” Woodhouse said. “Even when you come out, you feel like you have to be pushed back in the closet here. Because it’s scary here, everyone has what they assume to be like-minded views. I hate to say it, but a lot of people are ignorant. Not willingly ignorant, they just don’t know a lot.”

Woodhouse feels like her center will go a long way toward educating people.

“We need to educate people that we’re here,” Woodhouse said. “The protest that I organized in March (against) the discrimination of the LGBTQ community at BYU-Idaho, so many people came up to us while we were on those streets and they were like, ‘I had no idea so many gay people existed here.’ That’s insane to me. That’s what pushed it: my experiences and learning all these experiences from other people.”

Woodhouse saw first hand the large number of LGBTQ individuals who faced discrimination when she served as the president of Understanding Sexuality, Gender and Allyship, an unofficial Rexburg LGBTQ support group that had around 30 members during the time Woodhouse was president.

“I saw many people go through hard times, and I don’t want anyone ever to have to again,” Woodhouse said. “It’ll happen, but I definitely want to make that process a little easier.”

Shortly after her conversation with Kumire, Woodhouse went to visit her friend Kambry Middleton at her thrift store Thrifted Lennons, and Middleton told her that the old China Horizons (12 College Ave., Rexburg) spot down the street from her store was available to rent and recommended it as a location for Woodhouse’s center.

“I personally think College Avenue is growing, and I think it’s going to be more than it is now,” Middleton said in an interview with the Standard Journal. “There are many new things happening on this street. Plus it’s cheap rent; I know opening a center you don’t want to have to pay thousands of dollars in rent. With (most of the money coming from donations) you want to be a frugal with that money as you possibly can.”

After speaking with Middleton, Woodhouse walked down to the spot, called the owner’s number, and leased the property with money out of her own pocket.

The property for the center is 2,000 square feet in the middle of an old Rexburg strip mall. It has a basement and one small office on the main floor. Woodhouse’s lease on the property began on July 1. Since then she’s been working feverishly pulling out carpet, painting walls and getting the center furnished, but she hasn’t been alone in her efforts.

“I just posted about it on my social media, and whoever wants to come comes,” Woodhouse said. “It’s been so amazing to me to meet so many different people: parents of queer kids, people who go to school or have lived here their who lives. Anyone comes and I order everyone pizza and we come and we sit here and it’s so fun. I’m meeting a lot of new people that way.”

Woodhouse and Co. are now working on things like getting nonprofit status and forming a governing board and getting therapists to help out.

To keep the center funded going forward, Woodhouse has set up a GoFundMe account. In the first few hours after setting up the GoFundMe account, Woodhouse received $5,000 and they were at $7,036 at the time this story published but are looking to raise additional funds.

Middleton believes it was Woodhouse’s drive that is making the activists’ dream a reality.

“I think it’s great what she’s doing, and I’m excited that she’s actually taking the initiative,” Middleton said. “I think it will be a great addition to the city and I’m happy that the LGBTQ community of the city will finally have a place where there can receive the help, the resources and the place of belonging that they deserve. Many of my customers are part of that community. It’s really comforting to know that they’re finally going to get a safe place.”

Woodhouse has decided to call the center, Marsha’s Place after Marsha P. Johnson, a Black transgender woman who played a prominent role in the Stonewall Uprising in New York City in June 1969, a watershed moment in the gay rights movement.

Woodhouse wants a center where anyone can come and feel welcome.