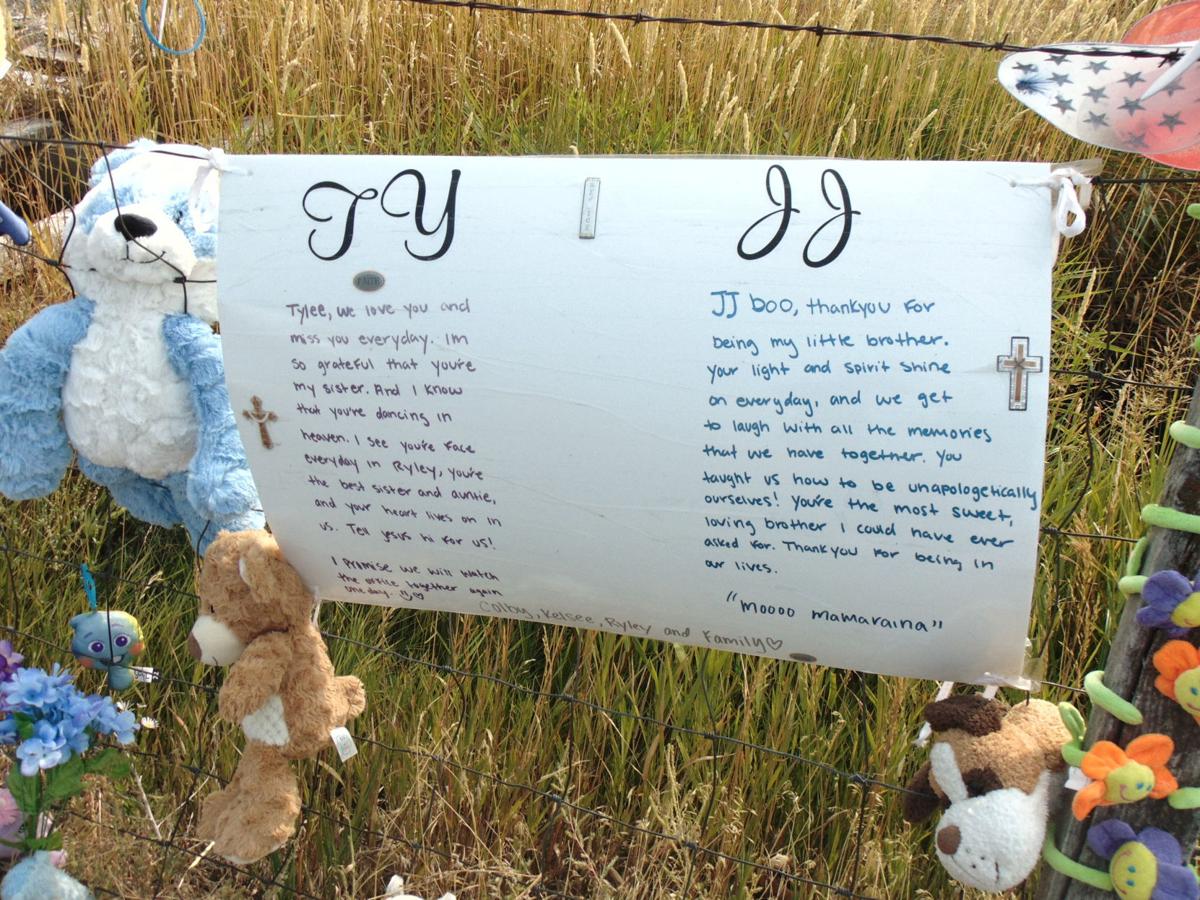 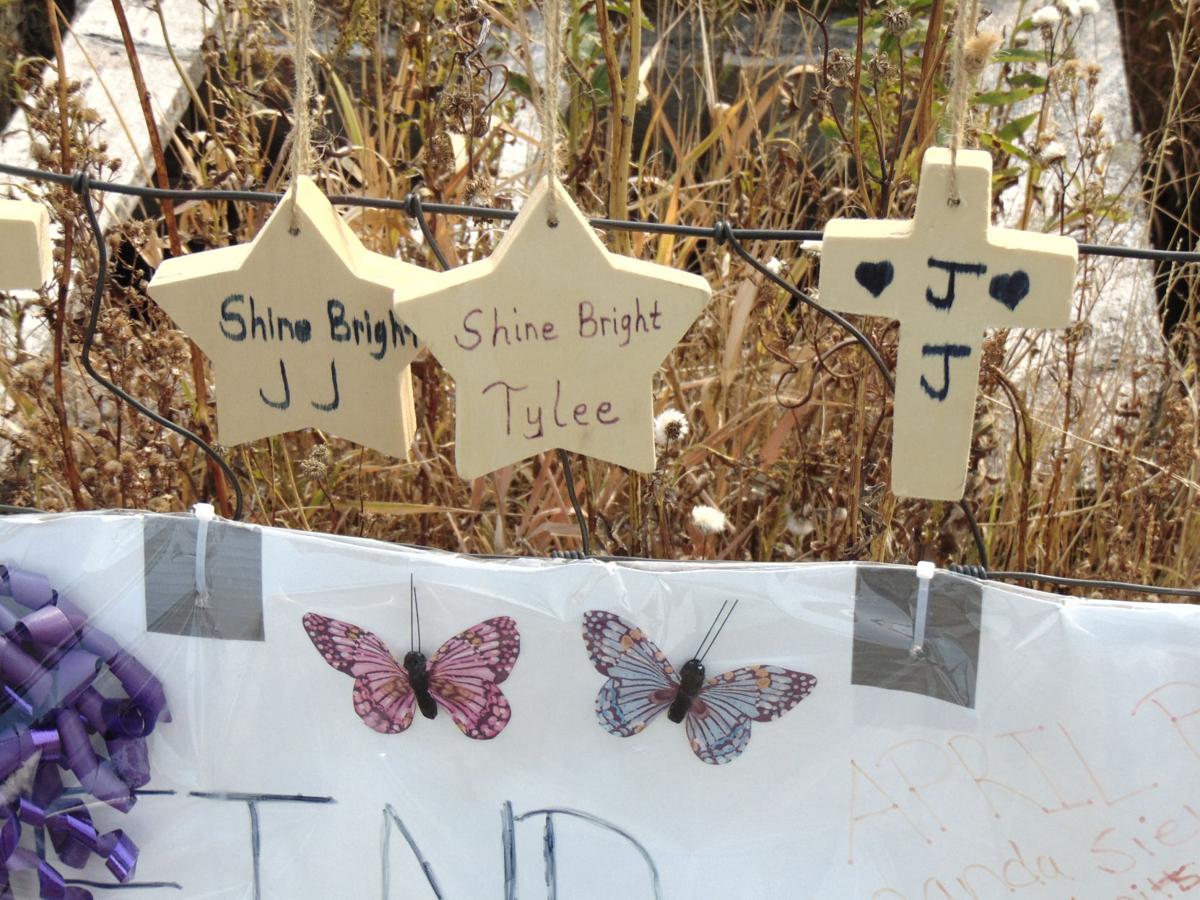 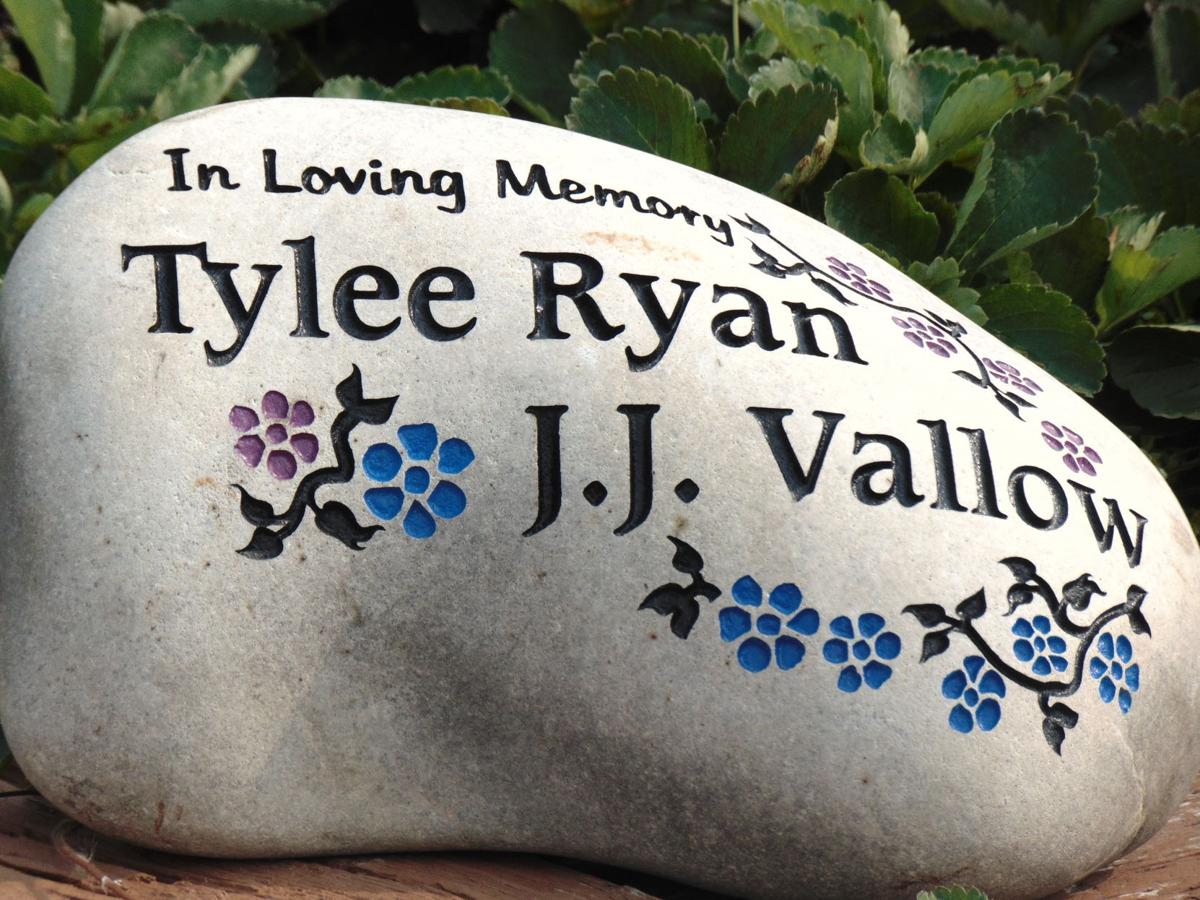 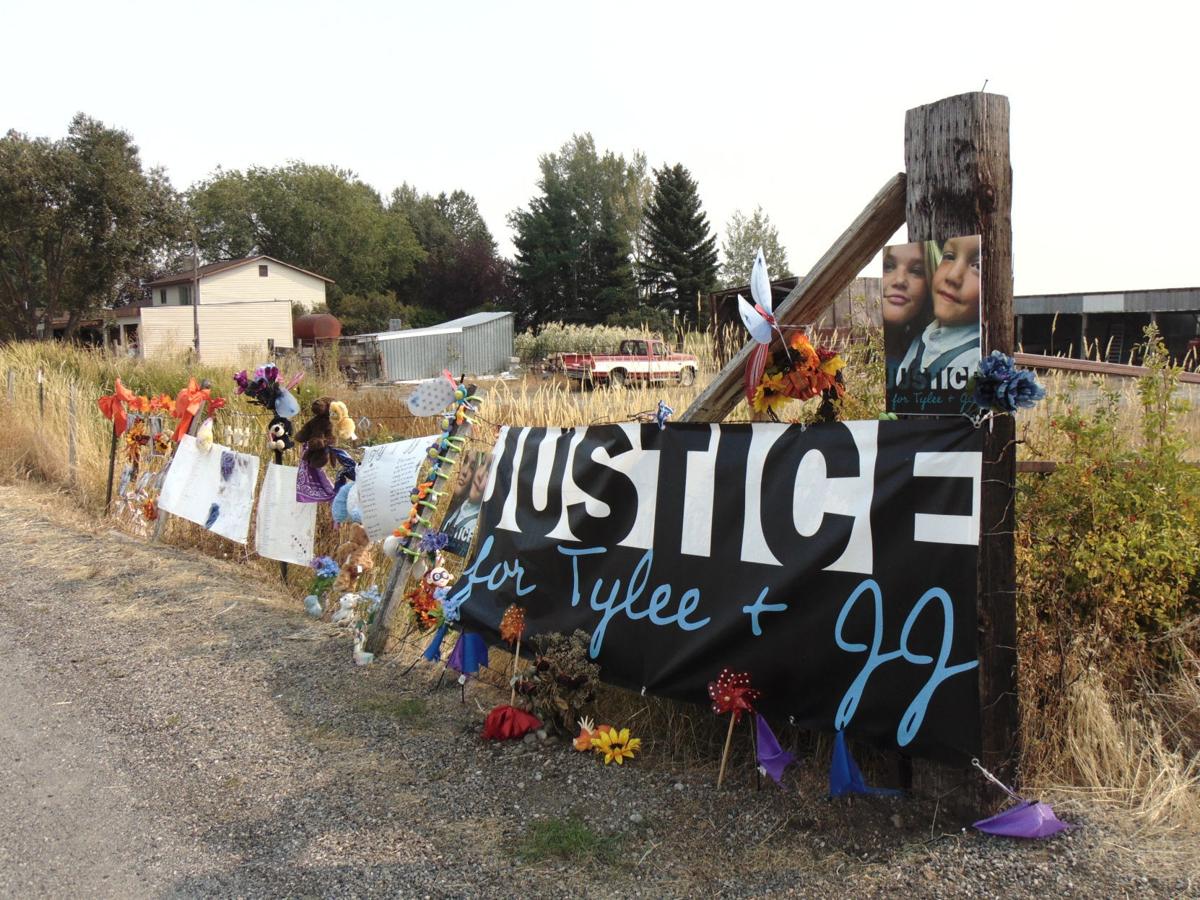 J.J. Vallow and Tylee Ryan’s brother, Colby Ryan, recently visited the new Salem memorial created for his siblings. The fence memorial is located across the street from Chad Daybell’s Salem property where the children’s bodies were found in June.

Chad married the children’s mother Lori Vallow-Daybell in November. It is believed J.J. and Tylee were murdered and later buried on Chad’s property in September.

Colby left two separate messages on poster board to his deceased siblings telling them how much he missed and loved them.

Tylee was 16 years old when she was killed. To Tylee, Colby penned the following:

“I know that you’re dancing in heaven,” he wrote.

Colby also told Tylee that he could see her in his own child’s face.

“You’re the best sister and auntie. Your heart lives on in us. Tell Jesus ‘Hi’ for us,” he wrote.

To J.J., Colby wrote the following:

“Your light and spirit shine on every day. We get to laugh with all the memories that we have together,” he wrote.

J.J. was just seven years old when he was murdered. He was a special needs child and had autism.

“You taught us to be unapologetically ourselves. You’re the most sweet and loving brother I could ever ask for. Thank you for being in our lives,” Colby wrote.

Several other signs have also been placed on the memorial fence. One includes poster board signed by members of the “Justice for Tylee & J.J.” Facebook page. There are also two wooden stars with “Shine Bright, J.J.” and “Shine Bright, Tylee.” A small wooden cross has also been left there. Numerous pictures of the deceased children are also placed on the fence. Several Teddy Bears make up the memorial. A painted rock near the fence reads “In loving memory: Tylee Ryan and J.J Vallow.”

The new memorial fence sprung up on Rhea and Boyd Price’s Salem property in August after two women with a banner reading “Justice for Tylee and J.J” asked the Price’s for permission to create one. It was created after the original memorial, on a fence bordering Chad’s property was taken down. The new memorial was created to provide a place for residents to continue to morn. Residents may place items on the fence as long as they don’t quickly deteriorate.

Lori Vallow-Daybell is currently facing misdemeanor charges of resisting or obstructing officers, criminal solicitation to commit a crime and contempt of court in Madison County. Her trial is scheduled for January. Vallow-Daybell also faces Fremont County felony charges of conspiracy to destroy, alter, or conceal evidence. She is scheduled for trial on those charges in April.

The Daybells are also considered potential defendants in a conspiracy, attempted murder and murder case involving Chad’s first wife Tammy Daybell. She died under what the courts deemed suspicious circumstances on Oct. 19. Chad married Lori about two weeks after Tammy died. An autopsy on Tammy was completed in December, the results haven’t been released.

J.J. and Tylee were reported missing in December by which time they had been dead about two months. J.J.’s grandmother, Kay Woodcock, asked the Rexburg Police Department to do a welfare check on the youth at Lori’s Rexburg home. The next day, Lori and Chad fled for Hawaii. Lori was arrested in March and placed in the Madison County Jail. Chad left Hawaii shortly after but not before telling a television reporter, “The kids are safe.” He was arrested in June after law enforcement uncovered the children’s remains in his pasture. Chad and Lori are being held on $1 million bonds on their respective felony cases.

The Daybell family has placed blue and white ribbons on their Salem property.

As more updates on Lori and Chad’s cases are made known, the Standard Journal will update this story.