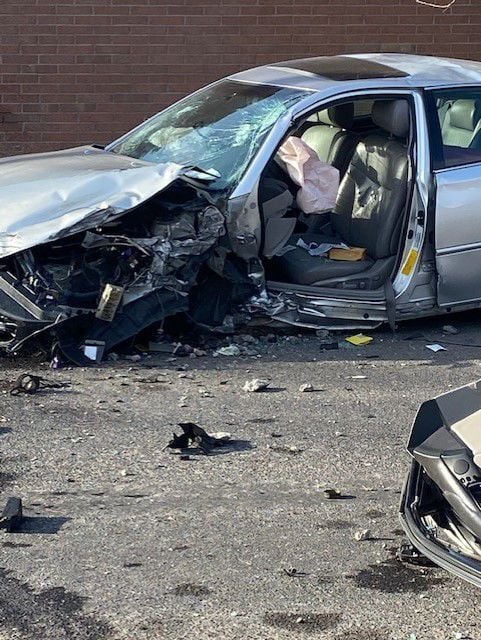 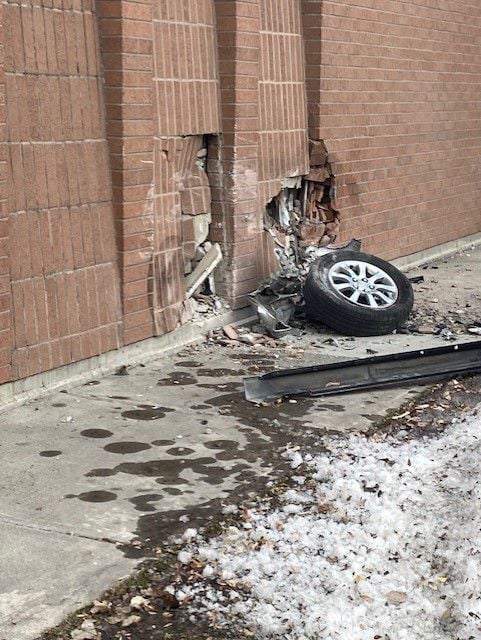 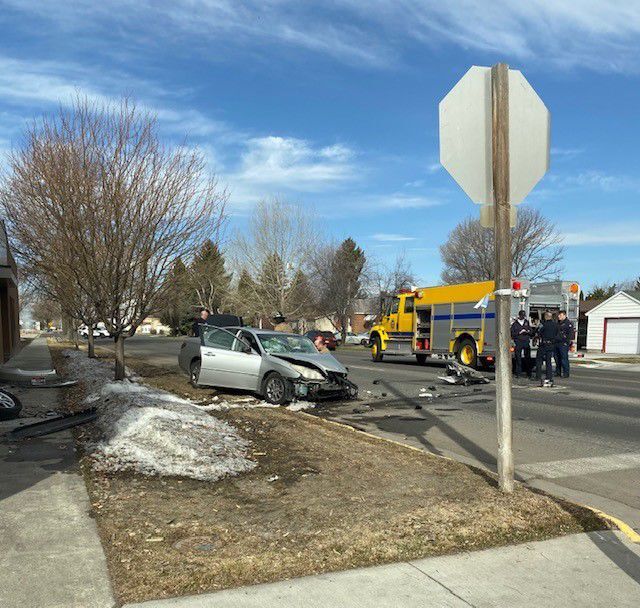 A 27-year-old Rexburg man suffering a seizure hit the north side of the Madison Library District building at 7:24 a.m., while driving down First North on Sunday.

“He ended up with some broken bones. It looked like he had a broken femur,” Turman said.

No other vehicles were involved in the accident, and no one was inside the library at the time.

The accident damaged both the inside and outside of the library.

“It knocked the bricks off and did structural damage to the building. It bent the metal studs in the building,” Turman said.

Library Director Valerie Lloyd got a call Sunday telling her that a car had hit the library. Never in her 22 years of working at the facility had any vehicles hit the library, she said.

“That’s not a call anyone wants,” Lloyd said.

Damage to the building prompted Lloyd to temporarily close the library to the public. This will be the third time in a year that the facility has closed to residents. Previous closures resulted from concerns over COVID-19 spikes in Madison County.

The library reopened just two weeks ago for residents. Yet, in light of lingering coronavirus concerns, librarians asked patrons to quickly retrieve their items and not to hang out at the facility as they may have in the past. Now, with concerns over structural damage to the facility, the library is again closed — and right as the Madison Library District planned to celebrate National Library Week.

Lloyd says she’s more worried about Jones than she is about temporarily closing the library.

“Yes, there was damage to the building, but it’s nothing that can’t be fixed,” Lloyd said. “We are more concerned about the health and safety of this young man. Our hearts go out to him and his family. We are praying for a speedy recovery for him, and that things work out for him.”

Lloyd is working with the library’s insurance company and a restoration company to make the necessary repairs.

“We’re trying to assess the damage at this point. We won’t open until it’s safe to do so. There was some structural damage, but it’s too early to know the extent of it,” she said.

Jones hit the northeast corner of the building where the library’s audio collection is kept. None of that collection was damaged, but some shelving was knocked around, Lloyd said.

“We are avoiding that area,” Lloyd said. “Employees are in the safer side of the library. We’re trying to keep things running back here.”

Lloyd doesn’t know when the library will reopen.

“Until we’ve got the green light from an engineer, we can’t let the general public in. When we’ve got that green light, we will open the doors. I don’t know how long that will be,” she said.

While librarians would rather have patrons visit the facility, they may return to the curbside service they offered earlier this year should repair work take longer than expected, Lloyd said.

She noted that people still need access to the internet, and they may access it from outside the library if necessary.

“Our WIFI still works even in the parking lot. If you need WIFI, it’s available that way,” she said.

Lloyd expressed gratitude for the emergency responders who were nearby on Sunday, and so quickly helped Jones following his accident.

“What a blessing to be just around the corner from the fire department. It could have been so much worse,” she said.

While waiting for the library to reopen, residents may continue to return their library items via the book drop. They may also call to have their items renewed.