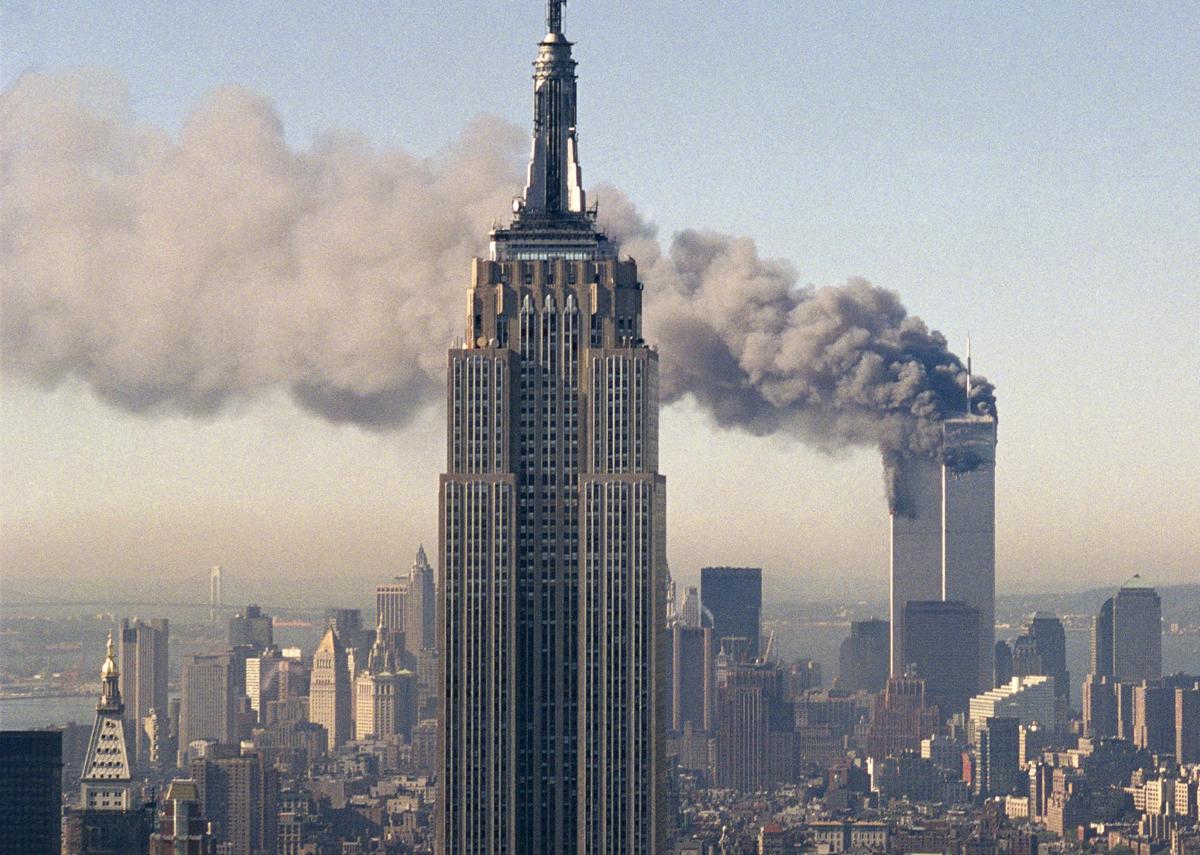 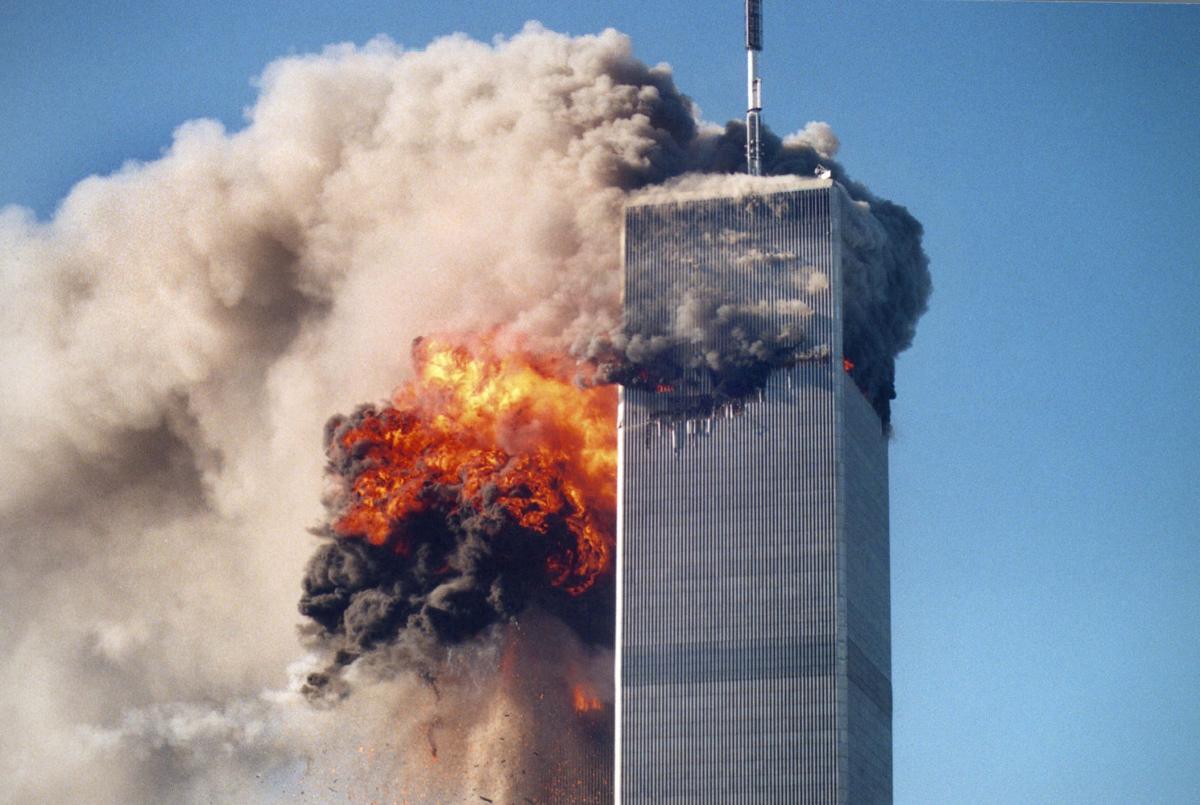 The World Trade Center towers are seen engulfed in smoke and flames after two hijacked airliners were flown into the buildings on Sept. 11, 2001. 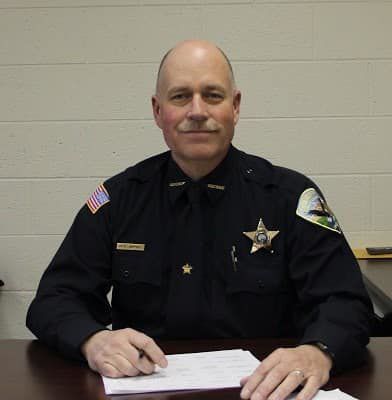 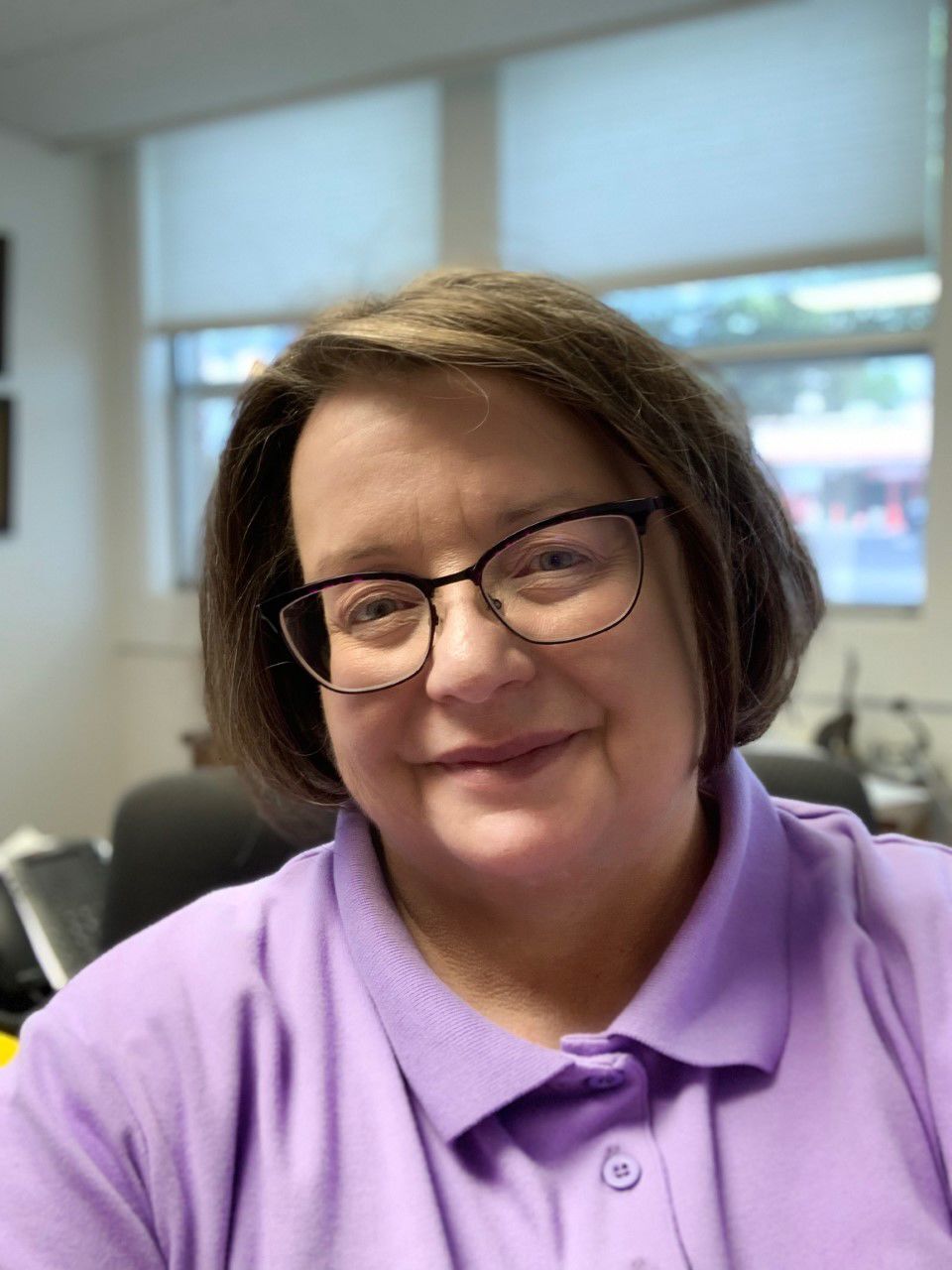 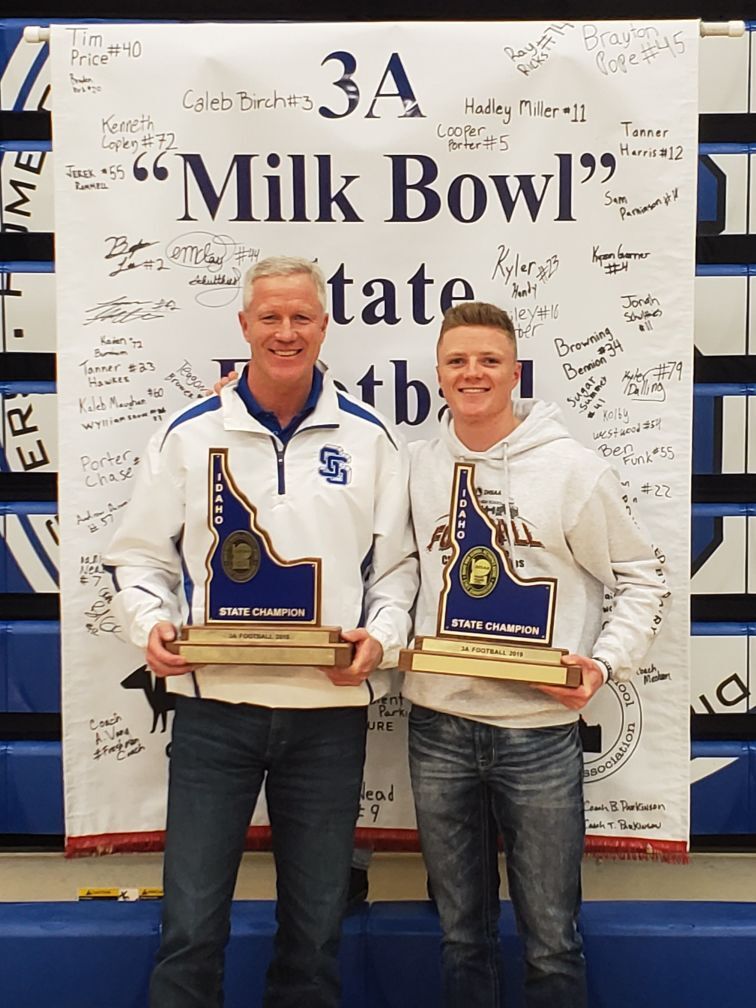 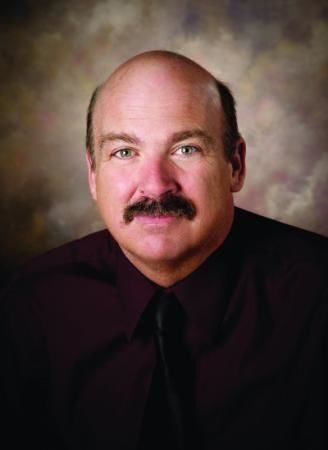 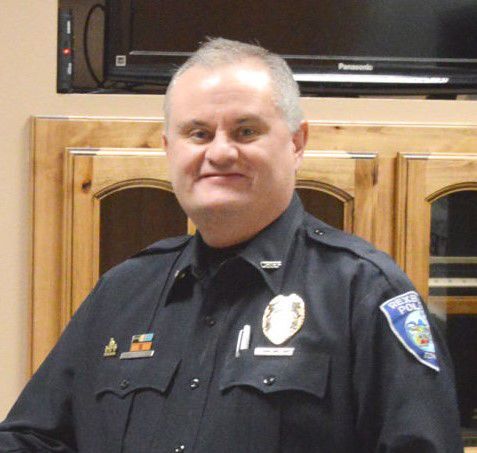 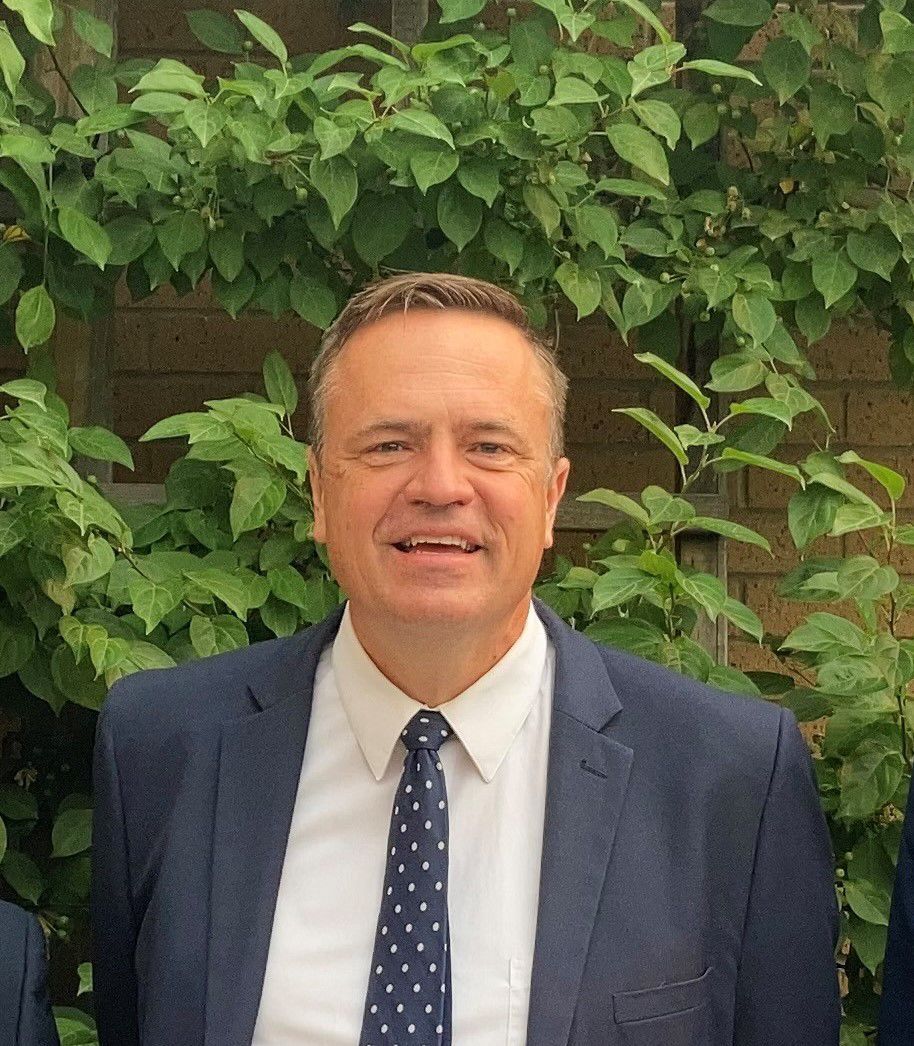 The World Trade Center towers are seen engulfed in smoke and flames after two hijacked airliners were flown into the buildings on Sept. 11, 2001.

Fremont County Sheriff Len Humphries was driving his patrol car when he heard the first airplane had crashed into the World Trade Center Towers on Sept. 11, 2001.

“I usually listened to KID AM in those days. I heard the breaking announcement. I was close to the office, and I pulled in. We were watching it on TV,” he said.

He and fellow officers watched the attack unfold on television at the sheriff’s office.

“It was horrendous,” he said. “It was very disturbing that our country had been attacked that way.”

While at work, a county worker asked Humphries if they should shut down the Fremont County Courthouse.

“I said ‘no.’ I didn’t see that we would be a target for terrorists in Fremont County,” he said.

While driving home from work that night, Humphries noted no airplanes in the sky, and that there were also no white tracks or contrails that airplanes leave in their wake.

“I could not see a single contrail,” he said. “When you usually look up at any given time, you see all kinds of them. By then, all the air traffic had been canceled and grounded. Not a contrail to be seen in the sky. I remember thinking ‘that’s amazing’.”

Since that tragic day, Humphries has visited New York’s Ground Zero. There bronze walls listing the names of those killed in the towers surrounds a memorial fountain. Humphries says it’s a very solemn place to be.

He hopes the country never experiences another 9/11.

“It was a tragedy and something I hope I never see again,” Humphries said.

That day a Manhattan family stayed at the bed and breakfast, and a stunned Stegelmeier quickly told her guests about the tragedy. The family had been in Ashton to attend a wedding.

“They told me it couldn’t have happened. They said ‘You know those are really big buildings.’ I said, ‘Yes, I know. They’re an acre on each floor.’”

Stegelmeier had studied the twin towers as an interior design major at the then Ricks College now Brigham Young University-Idaho. She “knew how much an acre was because I farmed.”

When the first tower was attacked, Stegelmeier immediately knew terrorists were to blame.

“I didn’t know what kind of terrorist. I just knew it wasn’t an accident,” she said. “If a commercial plane was going to hit something, I didn’t think it could be an accident. I thought there were too many safety measures on a flight to hit something like the towers.”

Following the attacks, Stegelmeier was worried about what else the terrorists had planned.

“I was a little bit scared at what they would be doing next,” she said.

Today, looking back 20 years, Stegelmeier says that she’s thankful for everyone who works to prevent further attacks.

“I still feel really sad for all those people who lost their loved ones. I’m grateful for the people who work on making sure things like this might not happen in the future,” she said.

He saw the news on TV before school when the first plane hit the north tower and continued to follow it on the radio as he drove his elementary, junior high school and high school aged children to school.

“I remember my own kids before I dropped them off at their prospective schools, saying, ‘dad, what does this mean?’ And there was a lot of fear associated with that,” Miller said. “Mostly because of the unknown of what exactly had happened, how it had happened and why it had happened.”

At the time, each classroom at Sugar-Salem had a television—each of them was turned on and every eye was glued to those screens.

“I remember that morning very well and kind of the fear that was associated with it,” Miller said. “All of the TVs were on and everybody was watching and trying to make sense of what was taking place. So we had the responsibility of having to go through and try and calm that situation and try and make sense of it.”

Despite the distance Sugar-Salem rallied after that solemn day.

“In every individual. In every organization. Whether it was in the school or in the community. Everybody seemed to be a little closer together,” Miller said. A little more aware of what each other’s needs were. Everybody was far more willing to help where help was needed.”

Rexburg City Councilman Christopher Mann was in St. George, Utah on Sept. 11, 2001. He took a peek at the TV as he was preparing for his drive back to Rexburg and was taken aback when he saw a building on fire.{/div}

“Then I saw a plane fly into the other one and I thought what channel am I watching,” Mann said.{/div}

He flipped to a second channel and saw the same coverage of the terrorist attacks, and then a third showing the same footage and he realized he was watching the day’s news — not a movie.{/div}

Mann immediately contacted his daughter, who was and still is living in New York at the time, to make sure she was OK.{p class=”Paragraph BCX8 SCXW222125499” lang=”EN-US” xml:lang=”EN-US”}“I couldn’t think of any reason she’d be at the World Trade Center that day but you never know where work takes you in New York,” he said.{/div}

The drive back to Rexburg was quiet with hardly any traffic on the highway, he said. Mann would receive several emails and letters from friends in other countries who expressed their support for the U.S.{/div}

There was little for Rexburg Police Chief Shane Turman to enjoy on his day off on Sept. 11, 2001.

Like so many others on that day, Turman discovered what had happened in New York City that morning from watching TV. At first, he couldn’t believe what he was seeing and thought it was some kind of prank.

“I just sat there in disbelief as I watched what was unfolding,” he said.

He nearly couldn’t take it. The images of people jumping from the 110-story north tower at the World Trade Center to escape what surely would be a worse fate was enough to quickly tell him this was no prank.

Then, a second plane hit the south tower and Turman knew this was no accident either. He would later be humbled after going to the Pentagon months after the attacks and seeing the aftermath of flight 77’s crash.

“I just wish the world could quit being so full of hate and that this kind of stuff did not have to happen,” Turman said.

That made Turman proud to be in law enforcement, he said. He hopes people never forget the sacrifices that were made not only by the first responders, but the innocent civilian lives that were taken.

“That’s what we do. We run to it. Not away from it,” Turman said. “Those men and women gave their lives willingly to try to save the lives of others. I think they have a special place in heaven for them.”

{div class=”OutlineElement Ltr BCX8 SCXW125924735”}Lane Williams, Communications professor at Brigham Young University-Idaho, was going to graduate school at the University of Maryland in Washington, D.C. at the time of the attacks.

“Our little first grader was home watching TV and was obviously very scared by what he was seeing,” Williams said.

“I remember I was in the journalism program, and I was preparing for a class I was going to teach,” said Williams.

“There’s this whole setting where we say, ‘I remember where I was when I heard, some important world changing event,’ and I remember going in thinking of that as I entered the class. I said, ‘I apologize because you’re probably always going to remember me and then I told them what had happened that day on 9/11,” said Williams.

Following the 9/11 attacks there were a series of biological attacks in the Washington area. The bacterial agent Anthrax was being sent to people’s mailboxes. Williams recalls that a portion of his students had to go on Ciprofloxacin because they had been in the building where one of these envelopes was delivered.

“Oddly one of the things I remember most was in the following October. We went out trick-or-treating with our kids and Washington, D.C. had been on such edge. Everybody was so emotional,” said Williams, “There was a remarkable tenderness in these people that had career ambitions in Washington, D.C. as my children and I went around trick-or-treating on that Halloween. They were generous, they were kind, they were smiling at the children and there was a unified feeling.”{/div}

The Madison Fire Department Pipe Brigade will be honoring the lost lives from 9/11 on Saturday.