You are the owner of this article.
Edit Article Add New Article
You have permission to edit this article.
Edit
News
COVID-19
Opinion
Sports
Obituaries
Religion
Entertainment
Announcements
Submissions
Contests
Classifieds
1 of 2 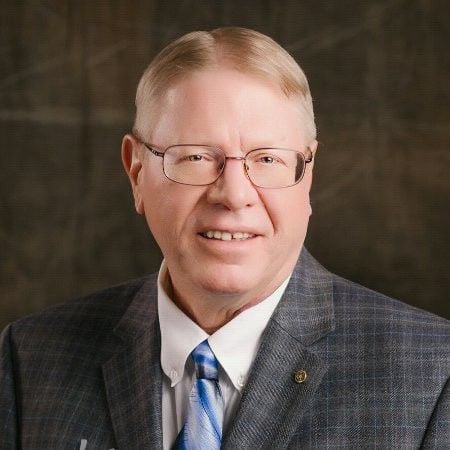 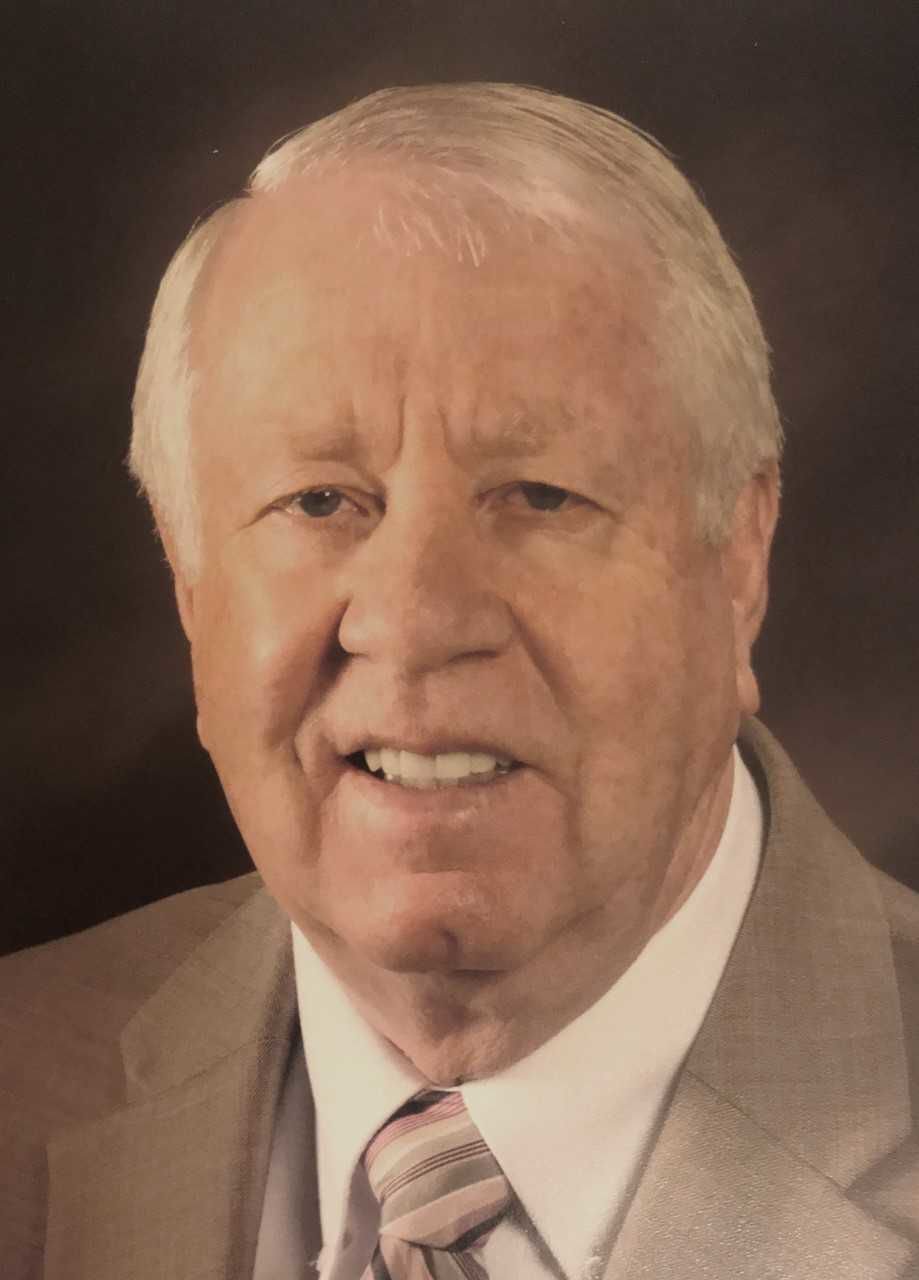 SUGAR CITY – Recall efforts came to an end on Tuesday after Sugar City residents voted to keep both Mayor David Ogden and Councilman Brent Barrus on the city council.

The total number of 468 votes were cast of which 60 of the votes resulted from absentee ballots. A total of 408 people voted at the precinct located inside the Sugar City Fire Station. The total votes are 52.5 percent of the 892 Sugar City residents eligible to vote.

“We had a tremendous turnout. They stood in support of Brent and I. I think it’s great. I think it’s wonderful,” Ogden said. “Most of the people I’ve talked to were very supportive and happy to see the results were the way they were.”

Ogden noted how difficult it’s been for the community in recent months with concerns over the zoning of Old Farm Estate’s Division Three. Much of that concern led to the recall against the two men.

“That’s what the majority of the voters want. Good luck,” she said.

Nielsen said she believed that Ogden and Barrus had broken both city and state laws.

“Our state attorney general and county prosecutor did nothing. Election laws were broken with illegal PACS. That is what I will be reporting to the State Election Board. The law is the law,” she said.

Nielsen didn’t go into detail on which laws were broken, but one common complaint has been that the city council allegedly went against its own comprehensive plan stating that single-family homes are preferred over apartments. Comprehensive plans are used as a guide. They are not set in stone and aren’t considered the last word on city zoning.

Following Tuesday’s election, Facebook lit up with numerous comments both for and against the results. One person posted “That’s a lot of votes” while another remarked “It is! I’m glad a good amount of people came out and cast their ballots.” Another stated, “Two good men should not have to be put to the test.”

In the meantime, Ogden hoped that city residents could unite and get past the trauma caused by the three-year controversy. Things have been said — on both sides — that shouldn’t have been said, he said.

“We just need to all heal. That’s all I’ve wanted – to try to bring the city back together. I’m hoping this will be a good start,” Ogden said.

He noted that mistakes had been made, but the city worked hard to correct them.

“That effort we made during this last meeting where we had the public hearing was to obey the court order to redo the meeting and to do it right which we did. We recorded it,” he said.

In May 2017, the city council approved the zoning of OFE’s Division Three following recommendations from its Planning and Zoning Board. At the time, the council failed to record the city council meeting as state law requires for zoning changes.

That recording failure proved to be an issue in various court filings. Such was discovered after the Citizens for the Rule of Law took the city to court over the zoning changes. Fears were expressed that the Lerwills planned to build up to 1,400 apartment units that would turn Sugar City into another Rexburg. In the recent settlement, the Lerwill brothers agree to build only 540 apartments in OFE Division Three.

From that point on, a flurry of lawsuits followed that involved the citizen’s group and OFS developers Ryan and Jeff Lerwill against the city. The Lerwills also took Councilman Vaun Waddell and Bruce King to court over a perceived bias against development in OFE Division Three. The Lerwills also filed a $9 million tort claim against the city which their lawyers said was far from the actual amount of money they had lost fighting the city, the councilmen and citizens group over Division Three zoning.

The Seventh District Court later ruled in favor of the Lerwills and banned Waddell and King from voting on anything to do with the OFS. Waddell, prior to serving on the city council, had been a member of the citizens group. King’s wife, Elaine, had also been a part of the group. The court eventually ordered the city to pay the citizens organization around $27,000 in attorney fees.

Waddell and King later asked the city to cover additional legal costs resulting from lawsuits filed against them by the Lerwills. Last month, the city approved amended zoning in OFE Division Three while also agreeing to pay king $35,000 in legal fees. It also offered to pay King an additional $5,000 if Waddell also signed off on the settlement. Waddell has adamantly refused to sign the settlement. In exchange for the amended zoning, the Lerwills agreed to drop their $9 million tort claim.

Last week during the public hearing on the amended zoning, Waddell again asked the city to pay his attorney fees, but the city declined to do so. Yet, it did offer Waddell an olive branch by asking to meet with him later to discuss the possibility of paying some of his legal fees.

When asked if there’s anything that Ogden would do differently, the Mayor said that was a difficult question to answer as whatever happened remains in the past. He did say he learned a great lesson from the three-year controversy.

“It’s always better to try and listen to each other, to sit around the table and to discuss appropriately and to try to work together for a common goal instead of trying to fight for one’s own personal feelings about things,” he said.

Ogden said a person never knows how they’ll handle a situation until they’re forced into one.

“I think that everybody has the possibility of those inner reserves, and those inner strengths that we all have to be able to overcome things like this. We just have to believe in ourselves, try to continue and to try to make things happen that are good in the end,” he said. “That’s what we all want — to make things better. My hope is we can continue this process and do just that.”

Ogden says the city has much work to do. Such involves the ongoing development of the city’s water project and concerns over the city’s wastewater capabilities. The city also needs to meet with the school district to discuss its student population growth, he said.

Ogden also reported that a sewer study should be completed soon.

“In this case, we’re working with the City of Rexburg. They’re the ones that have the treatment plant that we send effluent down to. We’ll work with them to figure out how to pay for it,” he said.

Ogden also noted proposals for a YMCA and said that the organization is still interested in setting up such a facility in Sugar City. He says it would prove a boon for the community.

The Mayor noted that businesses have expressed interest in setting up shop in Old Farm Estates Division Three. Such would strengthen the city’s tax base, he said.

“We haven’t got anything concrete yet. Many of them have been waiting to see what was going to happen,” Ogden said. “We’re hoping that those and others will want to come now that everything is settled. We’re looking forward to some exciting times.”

Ogden is up for re-election in November but hasn’t decided whether to run again for office.

Barrus is also up for re-election, and like Ogden, he’s not sure if he’ll try for another term. This was his second time to serve on the city council after Ogden appointed him about two years ago to fill the position left by a councilman who resigned because of the OFE controversy. Barrus had previously served on the city council from 1997 to 2005.

Like Ogden, Barrus was grateful that voters opted to keep him in office.

“I’m absolutely very relieved. I was pleasantly surprised. I’m glad,” he said. “The people who voted for us — they vindicated us and liked what we were doing.”

“We’ll try to get the contention put behind us. I want to reach out to the other side, and see if we can’t work together. I feel we’re at a point where we can work together,” he said.

Barrus said that the recall proved troubling at times.

“It was a little hurtful. People start talking about ‘what did they do wrong?’” he said.

Barrus noted that the ongoing controversy and lawsuits aimed at the city had set the city back around $100,000 in legal costs. Such was nearly the amount of the city’s property taxes provided for 2018.

Now that the recall election is over and done with, the city can concentrate on helping Sugar City develop, he said.

“There have been businesses who have expressed an interest to come in. (We get) two queries a week about getting businesses in Old Farm Estates. I don’t know what kind of businesses they are, but I hope we can start to see some growth,” he said.

“We’ve got to be ready for that. We want to build it into a larger scale of activity for this area,” he said. “We’re looking forward to that.”

“We’re hoping to get the water tank finished and get that up and running in the next three or four months,” he said.

Barrus said that if he could do anything different to have prevented the OFE controversy, he would have ensured that the city recorded the May 2017 city council meeting.

Barrus thanked his family for their support and said he was grateful for the voters who came out and cast ballots in his favor.

“I would like to thank everyone that voted for me, and tell them I appreciate their support and kindness in voting,” he said.

“Everybody I’ve talked to has been happy and hoping we can finally settle and move on,” he said.

Recall elections aren’t unheard of in Idaho, and any elected official is subject to one. Ballotpedia.org reports that this year, that there have been three recall attempts one of which includes the recent Sugar City election.

Starting in January, three members of the Kamiah City Council found themselves facing a recall that has not yet been resolved. The Elk River mayor survived a recall effort last month. In November 2018, Albion Mayor Sharon Hardy Mills Wilmot suffered a recall vote. In April, the Pocatello School District school board also faced a recall election before recall organizers instead opted to meet with the district to discuss ways to improve the district.

In the meantime, Ogden hoped that the Old Farm Estate’s controversy wouldn’t deter anyone from serving on a local governmental board.

“If good people are forced not to run for public office because they’re afraid of the contention and the infighting, then we’ve all lost. I think we need to encourage people to do public service of one kind or another,” he said. “It’s important that we do that, and that we try to understand each other and work for the common good. Once we start to do that because we’re afraid of what might happen, I think we lose something.”