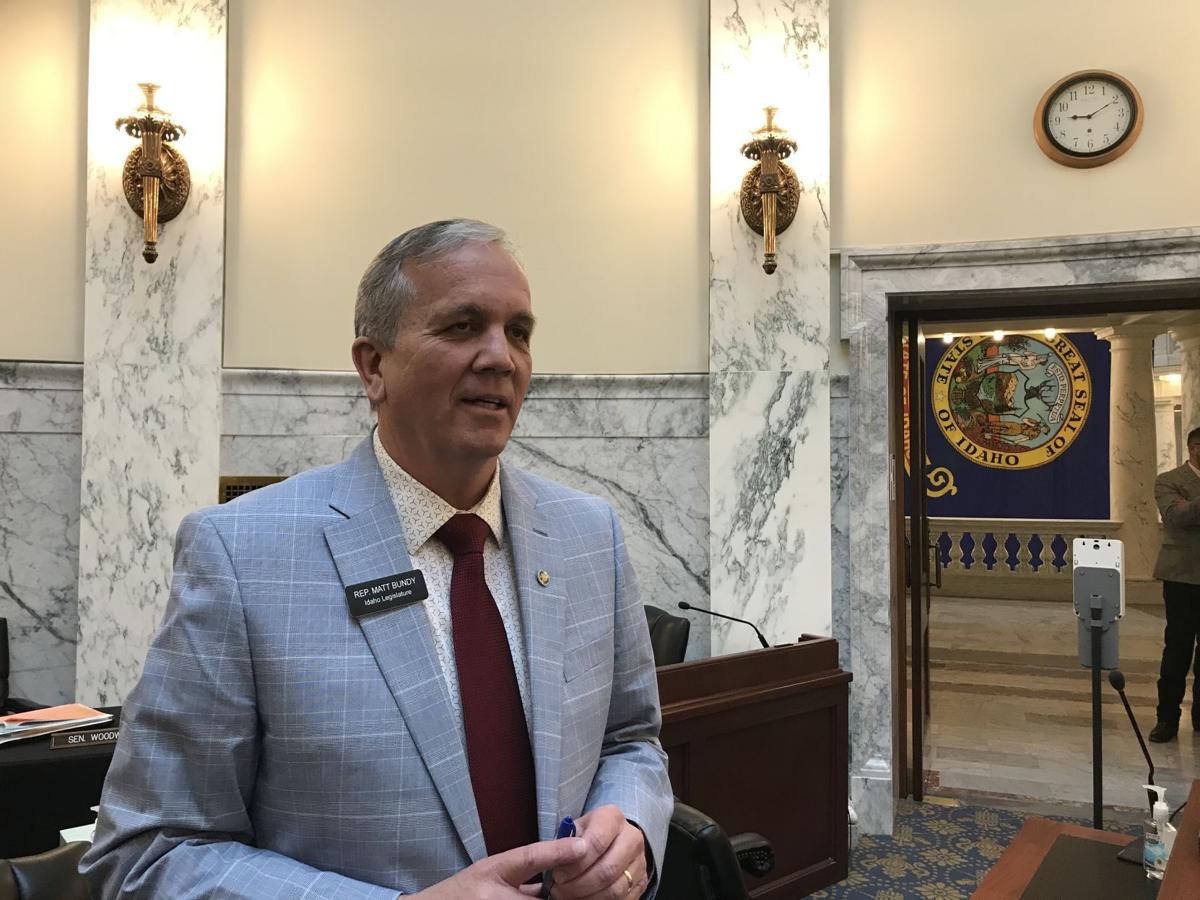 BOISE — New budgets were set for public school teachers and for higher education on Tuesday, after the previous versions were voted down in the House.

On the teachers budget, Rep. Matt Bundy, R-Mountain Home, who made the successful motion, said the $1 million was added “to show support for public educators.”

“A lot of folks came in on this, and we wanted to make sure that we kept the career ladder and the career ladder raises,” he said after the Joint Finance-Appropriations Committee finished its budget-setting meeting Tuesday. “This flowed much better after HB 377.”

A day earlier, HB 377, the House-passed education policy bill addressing “critical race theory,” passed both a Senate committee and the full Senate, and headed to the governor’s desk.

The previously rejected school budget bill is the piece of the public school budget that funds teachers, including the teacher career ladder pay increases that already are required by law, but that Idaho teachers haven’t yet received this year because of budget holdbacks. The bill would make them whole on those raises, and also fund next year’s promised career ladder increases.

Idaho’s average teacher pay is currently $50,594, according to Idaho Education News, and its minimum salary is $40,000. A September report ranked Idaho’s teacher pay 33rd in the nation, at 10.1% below the national average.

“I hope we get full support in the House and Senate to get this bill passed, in support of our teachers and public education in Idaho,” said Bundy, a retired Air Force combat aviator who now teaches high school in Mountain Home.

His motion was crafted by a working group on which he joined eight other JFAC members from both houses and both parties; it cleared JFAC on a unanimous, 19-0 vote.

Rep. Wendy Horman, R-Idaho Falls, noted that Idaho’s public schools also are benefiting from substantial federal COVID-19 aid funds this year, including a boost from the American Rescue Plan Act, or ARPA, that JFAC also approved on Tuesday. “Should all these appropriations in total pass … that will reflect a 3.87% increase in general funds, but a 32.7% increase overall over last year,” she said. “So we applaud our local schools for the tests they’ve had in the previous year and send them forth to do good things and make good decisions with these funds that will help the citizens of Idaho.”

The ARPA funds must be allocated to schools within 60 days of their receipt by the state, but school districts will have up to four years to spend them.

“Our schools have seen some pretty tough times this year, just with trying to navigate the situation they were in,” said Sen. Janie Ward-Engelking, D-Boise, “and so we know that our children are experiencing a learning lag or learning loss, and this is desperately needed to address those concerns. So I’m really excited to see our school districts put this money to good use and hopefully make up for some of those lost days that we had.”

Only Rep. Ron Nate, R-Rexburg, opposed appropriating the federal ARPA funds to Idaho schools, saying he opposed all ARPA funds. “It’s incurring debt that needs to be paid back at some point,” he said.

Rep. Paul Amador, R-Coeur d’Alene, who made the successful motion on the higher education budget, said it “probably makes no one happy, but it’s threading a very small hole in a needle that we need to accomplish to support our college and universities.” His motion was crafted by a working group of seven JFAC members, all Republicans.

Ward-Engelking proposed a motion matching the governor’s recommendation. But it didn’t get voted on because Amador’s motion, seconded by Sen. Carl Crabtree, R-Grangeville, passed first, on a 14-5 vote. The five “no” votes came from the joint committee’s four Democratic members plus Nate.

Amador also proposed adding “intent language” to the budget specifying that the State Board of Education “verify no public funds are or will be used to support social justice ideology student activities, clubs, events and organizations on campus.” JFAC Co-Chair Sen. Steve Bair, R-Blackfoot, said, “We have clearly put that language almost word-for-word or very similar language in HB 377. I see no need to have this language associated with the budget.”

Rep. Scott Syme, R-Caldwell, said, “I’m not sure what is meant by ‘social justice ideology,’ and I don’t know if anybody can explain that to me.”

No one volunteered. Ward-Engelking said, “Not to explain that term, for sure. But I, too, am concerned that that could be a very broad topic. … I don’t know how we can possibly monitor that, because everybody’s opinion of what ‘social justice ideology’ is seems to differ on a daily basis.”

Bair moved to approve three sections of proposed intent language for the budget, two of them standard and the third a new one requesting the State Board of Education to provide an “easily accessible breakout of student activity fees” on the institutions’ websites and evaluate “how and which fees supporting student activities, clubs and organizations focused on individual beliefs and values can be structured to address the need for access, affordability and choice.” The intent language also orders the state board to report results to JFAC and the House and Senate Education committees no later than Dec. 17, 2021. That motion passed on a 14-5 vote, with five Republicans dissenting.

The newly reset higher education budget is for $313.1 million in state general funds next year, or a 2% increase, down from the governor’s recommendation of $315.2 million or a 2.6% increase. In total funds, the budget reflects just a 0.2% increase.

In addition to the budget cut, the budget includes four line items: A $400,000 tuition offset for Lewis-Clark State College, to enable LCSC to keep tuition rates flat for next year; $400,000 for nursing program support at LCSC; and $32.8 million in federal COVID-19 relief funding from the December COVID relief bill passed by Congress and signed into law by then-President Trump; those funds are specifically for COVID-related costs.

Amador told JFAC, “I think all of us want our students in Idaho to feel supported and expanding their horizons and being successful in life, and that’s why I think we need to support this budget and move it onto the floor and hopefully get out of here.”

Budget bills need passage in both houses and the governor’s signature to become law.