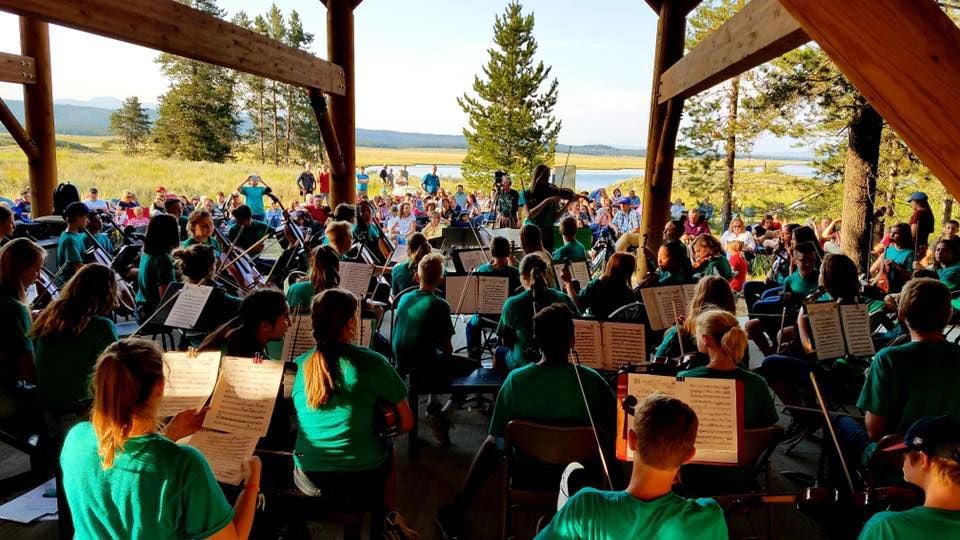 Mountain and Strings perform at a previous celebration concert at Harriman State Park. 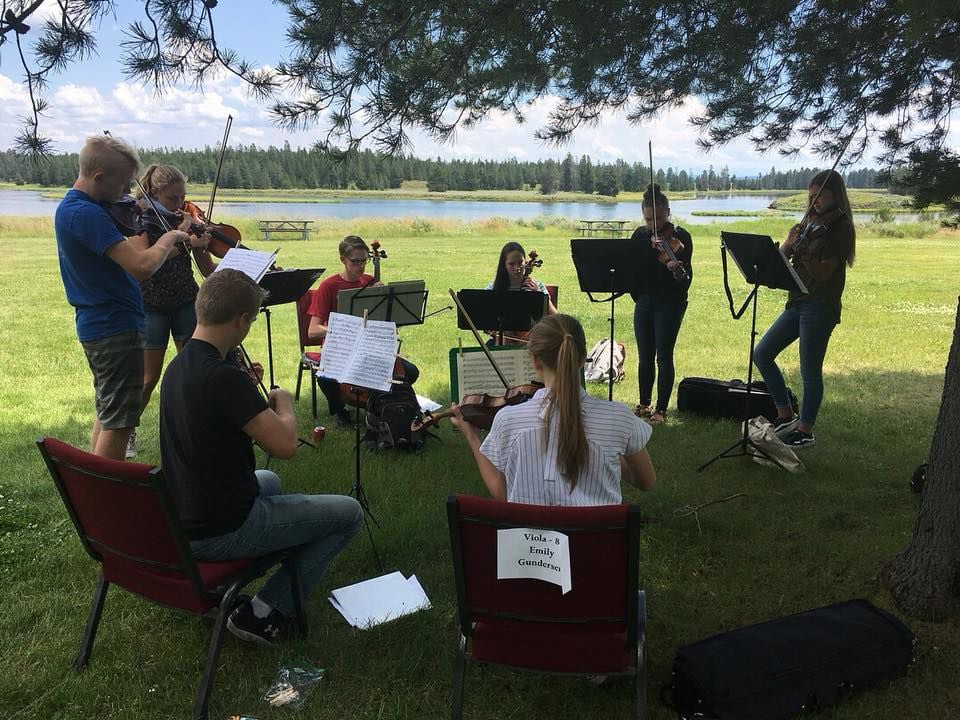 Violinists practice out in the nature at Harriman State Park.

Mountain and Strings perform at a previous celebration concert at Harriman State Park.

Violinists practice out in the nature at Harriman State Park.

FREMONT COUNTY — The Final Frontier will be in perfect harmony this month at Harriman State Park.

That’s all thanks to park officials joining forces with the Mountains and Strings Music Camp, Saturday, July 20, in celebrating — via song — the 50th anniversary of the historic Apollo 11 Moon Landing.

“We’re doing a Moon Jamboree celebration of the moon landing all on the 20th. They’re dedicating the concert that night to the anniversary of the Apollo Moon landing” said the park’s Kyle Babbitt who serves as Harriman’s office specialist.

In July 1969, NASA launched the Apollo 11 that successfully landed the Lunar Module “The Eagle” onto the moon’s “Sea of Tranquility.”

The music camp plans its celebration concert at 7:30 p.m., Saturday, July 20, at the park. Following the concert, and at 9:30 p.m., park officials will set up telescopes behind the Jones House to give visitors a chance to check out the heavens.

“Until midnight (they’ll be) looking at the stars and celebrating the moon landing and our astronomy program,” she said.

Earlier that day and from noon to 5 p.m., the Montana Astronomical Society and East Idaho Astronomical Outreach officials plan to work with visitors by presenting a “solar viewing”.

The musician’s camp has been held at Harriman State Park about this time for several years. It isn’t unusual for visitors to hear violins and cellos resonating throughout the park during each camp.

“You have these youth spending their summer time learning music skills. You walk through the park and hear little quartets playing and practicing,” Babbitt said.

The angelic sounds have made visitors question whether they’re hearing things, Babbitt said.

“If visitors start hearing violins, they’re not having a heart attack. (I’ll say) you’re not hearing angelic music calling you to the great beyond,” she said.

The music adds something unique to the park, Babbitt said.

“Harriman is a special place, and, then to have floating in the air, cellos, violins and the harmonies — it just adds a whole other level to the park experience through the week and the concerts themselves.”

Rexburg’s KaraLyn and Richard Ferguson serve as the music camp’s directors. The couple has not yet selected a song to go along with the Apollo 11 theme but thought about presenting something from the “Star Wars” film series.

The Fergusons have four free performances scheduled for the week.

“We’d love to have people come to the concerts,” KaraLyn Ferguson said.

At 3 p.m., July 13, the camp’s Mini Mountains & Strings will perform at the Ranchview Group Shelter. Youth performing are 12 years old and younger, but don’t let that fool you, said the organization on its webpage.

“You will be amazed at what can be accomplished when families are supportive of their children at a young age,” it said.

“Eric will present another amazing recital of dazzling violin pieces that defy human understanding,” it reported.

Two days later, the camp’s Chamber Ensemble Concert will be presented at 3 p.m. in Harriman’s Scovell Center and Dining Hall. This concert is specifically for young musicians’ close friends and family.

Then at 7:30 p.m., July 20, the Mountains & Strings Chamber Orchestra will perform their Apollo 11 celebratory concert that officials guarantee will “take your breath away.”

Babbitt recalls watching the 1969 moon landing as a little girl.

Fast forward to 2019, and Babbitt is now helping Harriman Park celebrate the moon landing with the help of young musicians.

“The concert adds another layer in giving a different expression about caring for science and art. It’s art and science colliding. It makes me think of meteor showers — a sky spectacle,” Babbitt said.

For more information on the upcoming activity, visit https://parksandrecreation.idaho.gov/parks/harriman or call 208-558-7368.