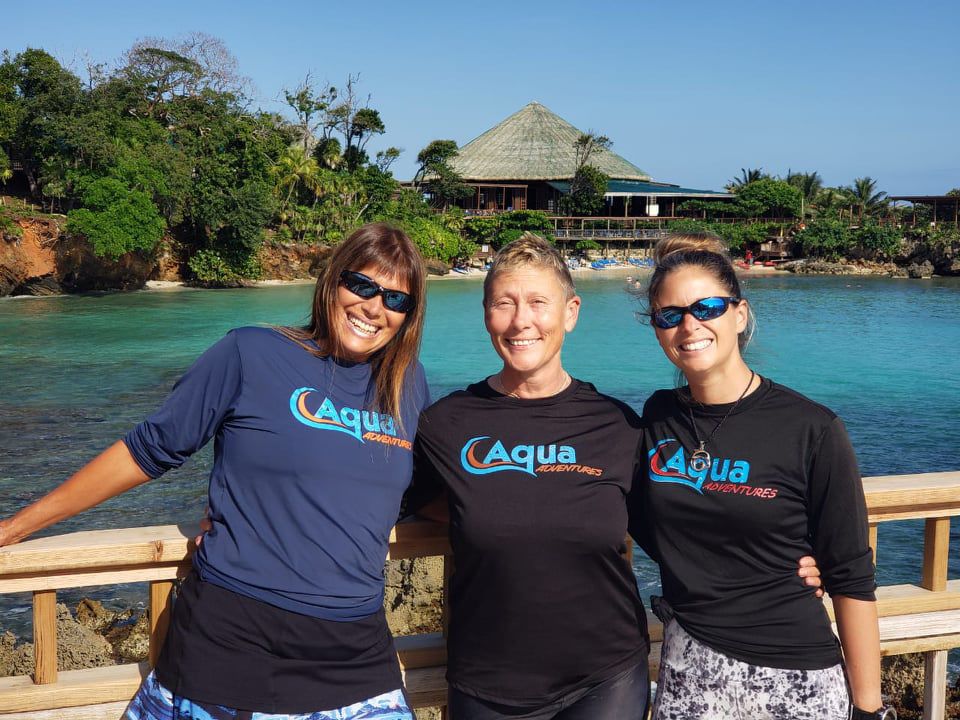 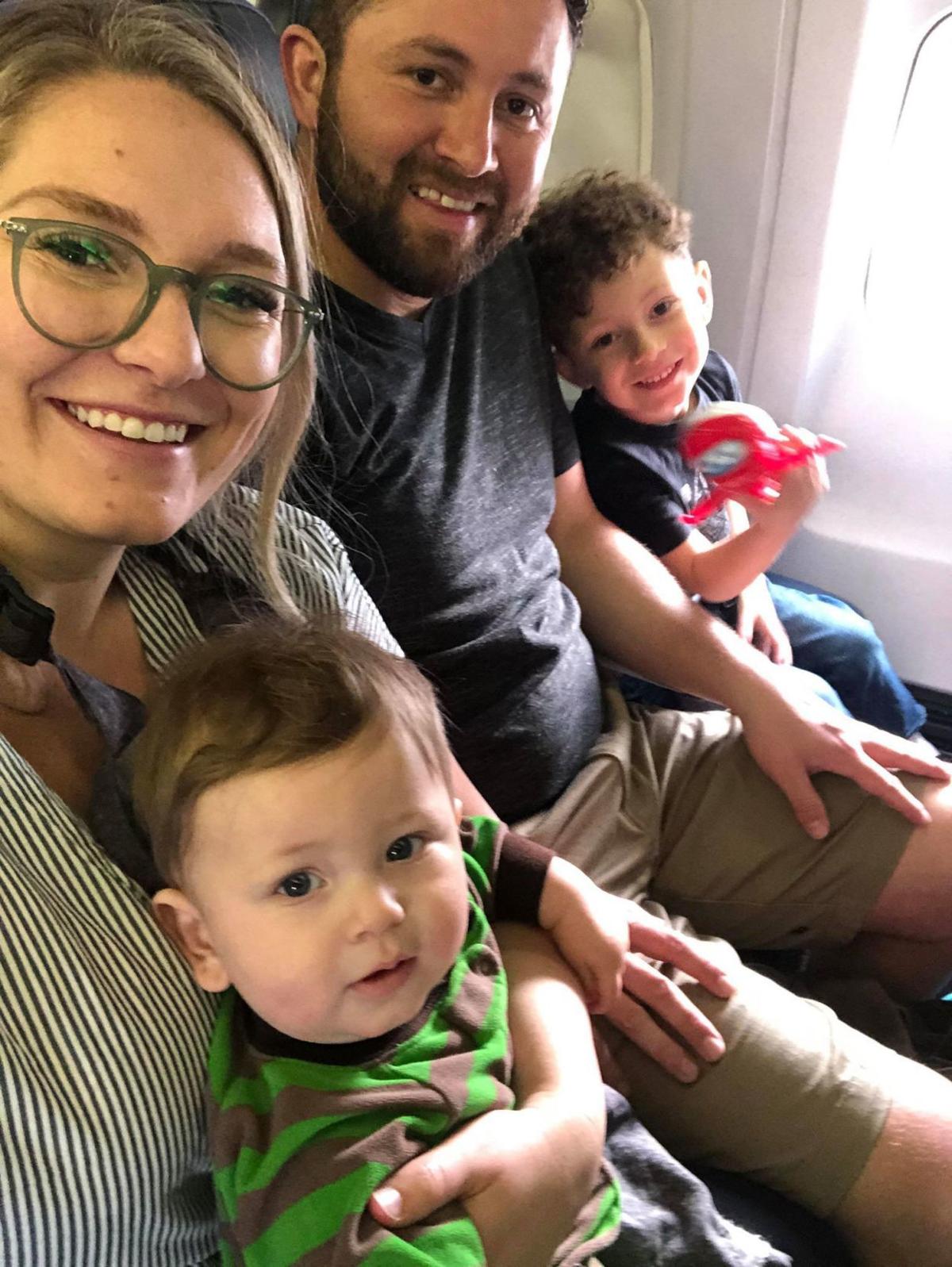 Kali Sagastume, Leo Sagastume, along with their four-year-old and eight-month-old sons, board a flight to Honduras on March 7.

Kali Sagastume, Leo Sagastume, along with their four-year-old and eight-month-old sons, board a flight to Honduras on March 7.

Borders around the world are closing down. And some locals have been unable to return to Idaho Falls.

Two eastern Idaho women have recently found themselves stranded in Honduras. Crystal Alexander has been in Honduras since October. She is a scuba diving instructor at a resort on the tiny island of Roatan during the winter season.

On March 7, Kali Sagastume's family left their home in Idaho Falls to visit her husband Leo’s parents in Honduras, as they do every year. They were especially excited this year, since Leo’s brother was getting married.

Neither woman guessed the trouble they would have flying back home.

This week, the Honduras government closed all land, air and sea borders to prevent the spread of COVID-19. The airports were shut down. No one was allowed into the country. Though tourists on the mainland were stuck, the government allowed airlines to fly in empty planes to transport foreigners out of isolated areas such as Roatan. Alexander scrambled to find a flight out on one of those planes. She managed to buy a ticket on Delta back to Idaho Falls for March 23.

Shortly after her purchase, Delta emailed Alexander to say that flight was canceled. Unlike other airlines, it was not going to transport American citizens home. Then, Delta said it would possibly come March 28 instead, but Alexander doubts that will happen.

“Obviously if I’m an airline, and I can get away with saying, ‘Oh there’s a restriction, we can’t do it,’ then that’s what I’m going to do,” Alexander said.

Alexander wants government officials to pressure Delta to honor the flights they sold. She and the hundreds of other tourists feel abandoned by the U.S. government.

“The Honduran government has been a hundred times more helpful than the United States (government),” Alexander said.

The Sagastume family is staying on the mainland, leaving them in an even tougher situation than Alexander. Since COVID-19 has reached mainland Honduras, foreigners are not allowed to leave at all. On Saturday, the Sagastumes were notified that the airport would be shutting down in two hours. They were staying three hours from the airport.

“We kind of looked at each other like, ‘Should we try to make it?’ But there was no way,” Kali said.

For now, both women stressed that they were safe. Alexander is staying at a hotel and has a friend leaving food in front of her door. She is making every effort to stay isolated.

“I don’t want to expose my community … if I make it back to Idaho, the first thing I’m doing is contacting Public Health. When I get to the airport, I plan to have someone pick me up in a pick-up truck, so I don’t have contact with anyone. I plan on staying in my home and on my property for 30 days,” Alexander said.

Kali said her family is fortunate enough to be able to stay with Leo’s parents until they can return home, though they have no idea when that will be.

“We don’t have any plans. There’s nothing we can do. We’re just waiting,” Kali said.

Alexander is trying join a group of 150 Americans stuck on Roatan island who are attempting to charter a plane to take them to Miami. The cost is $1,000 each. She has already paid a hefty fee for the Delta flight. Alexander isn’t even sure the charter flight will be allowed to leave since she heard rumors that the United States will soon be ordering its citizens abroad to shelter in place.

So what would life be like for these Idahoans if they are stuck indefinitely on Honduras?

“It would just be really, really quiet. I would learn Spanish. I would have to find a place to stay. I would just have a lot of anxiety, because I have my mom and my husband and my kids in the United States. If it was just me, it wouldn’t be a big deal. But it’s just the thought of someone needing me and I wouldn’t be able to be there for them.” Alexander said.

The Sagastumes don’t mind staying with family but worry about not being able to return to their jobs.

“I, more than anything, am nervous that we’re going to be out of work. My husband is on paid vacation, but we can’t do that forever. And we have a mortgage to pay … and our car is sitting at a hotel in Salt Lake City,” Kali said.

When they do return, both women will be coming back to a much different place than they left. Alexander’s husband is being laid off from his job working in an oil field, her son was laid off from a ski resort and her daughter, who works in modeling, is no longer able to make it to jobs in New York and Paris.

“I’m going from living a dream life to going to everything just being different … I’m just going back to a whole new world,” Alexander said.