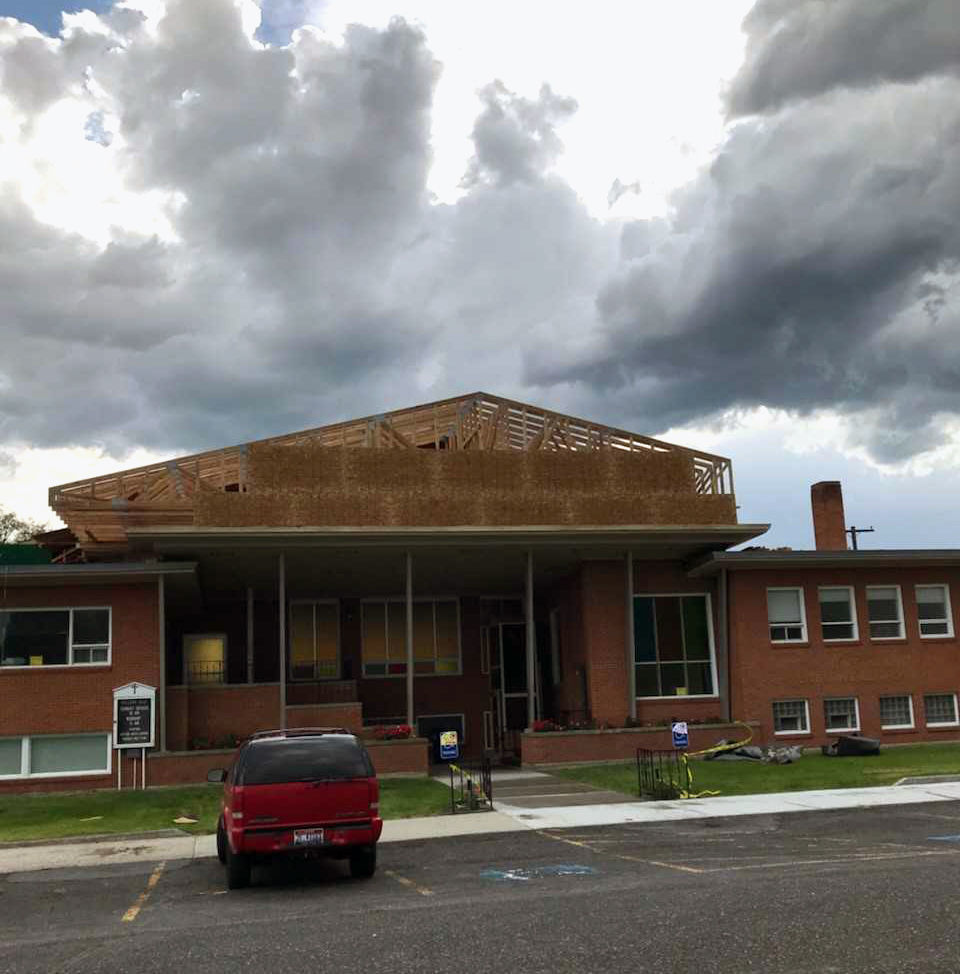 The roof of the United Methodist Community Church in Ashton while under construction. 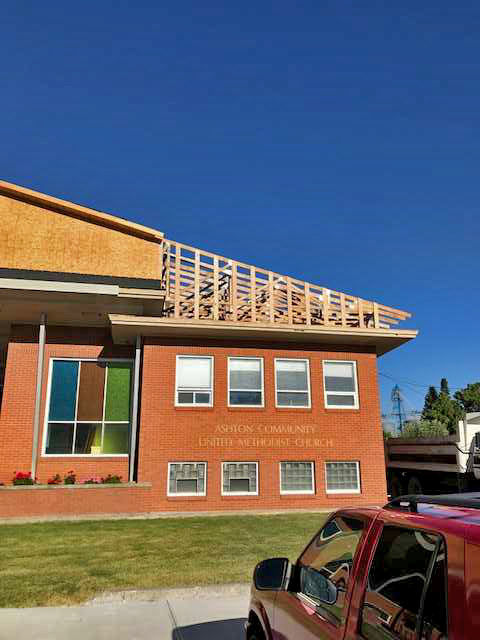 The roof of the United Methodist Community Church in Ashton while under construction.

ASHTON — A new roof can go a long way. A fundraiser will be held to repair a broken roof for The Ashton Community United Methodist Church.

Sandi Bowersox, Finance Chair of the Methodist church who is organizing the fundraiser, said she discovered the roof problem by showing up to the church one day and noticed that the roof had water everywhere. She contacted Sherri Davidson, a good friend who was LDS with whom she worked on the committee for the Distinguished Young Women program, for help. She was happy to help since they had used the church to meet with the women for Distinguished Young Women interviews.

The roof problems started in the Fall, and the Winter that came soon after didn’t help.

“We knew it had to be a complete new roof, we tried to patch it as much as we could through the winter. So the contractors got started early but we had such a wet year,” said Bowersox.

Sherri Davidson knew about the roof and saw the opportunity for the fundraiser.

When she found out about the roof in need of repairs, she said that something needed to be done and went to the Stake presidency, saying that it might be a great service project for the Young Women to do.

“I met with the presidency and we presented it to their (methodist) pastor and the fundraising team,” said Davidson.

Davidson also contacted different churches in the area to invite them to get involved in the fundraiser and they all took part.

The event, “Raise the roof” fundraiser, is the name the methodist church came up with. Items for auction will include prizes such as a snow coach ride to Old Faithful, a 3 night stay in West Yellowstone, art, quilts, an area plane ride, guided fishing trips, and more.

For food, there will be burgers, hot dogs, chips, drinks, ice cream, popcorn and snow cones. There will also be swimming, live music and activities for the kids such as a bounce house and horse drawn buggy rides. They’ll have basket raffles, including little kids raffles.

Davidson said that different businesses in Ashton have donated a lot of money for this, including baskets for the raffles.

Different churches such as the Zion lutheran church, Ashton Christian Fellowship Church, all of the LDS wards in the Ashton area, and Ashton Methodist church helped out with putting the event together. The LDS church got the pavilions all rented, the swimming pool and the hamburgers, The Methodist church is providing the desserts, and the Lutheran church is doing drinks. The Ashton Christian fellowship church has also donated a couple bouncy houses as well.

Davidson and Bowersox both agree that they hope the event will raise community awareness.

“Seems like the younger generation don’t really come out to these things. We’re hoping it raises community awareness and gets them to be more civic minded,” said Davidson.

“I’ve had everything from baby quilts and even a church went through and donated a Vera Bradley purse. I had somebody that put together a basket with a tent and a sleeping bag,” she said.

The Ashton Community United Methodist Church building has been used for many things. Bowersox said that at the church, they have an after school program that’s nondenominational where they help the kids with homework, do a snack, read a small story and provide activities for them from 3-5 p.m every Wednesday. The church has also been used for 4-H groups that go there.

“It’s a community building to use, you don’t have to be a member of the church to use that,” said Bowersox.

The church needs over 100,000 dollars to be raised and all the money for the fundraiser is going to go to go towards the new roof. Bowersox said that hopefully this fundraising event will be able to happen each year, just to help out different places in the community.