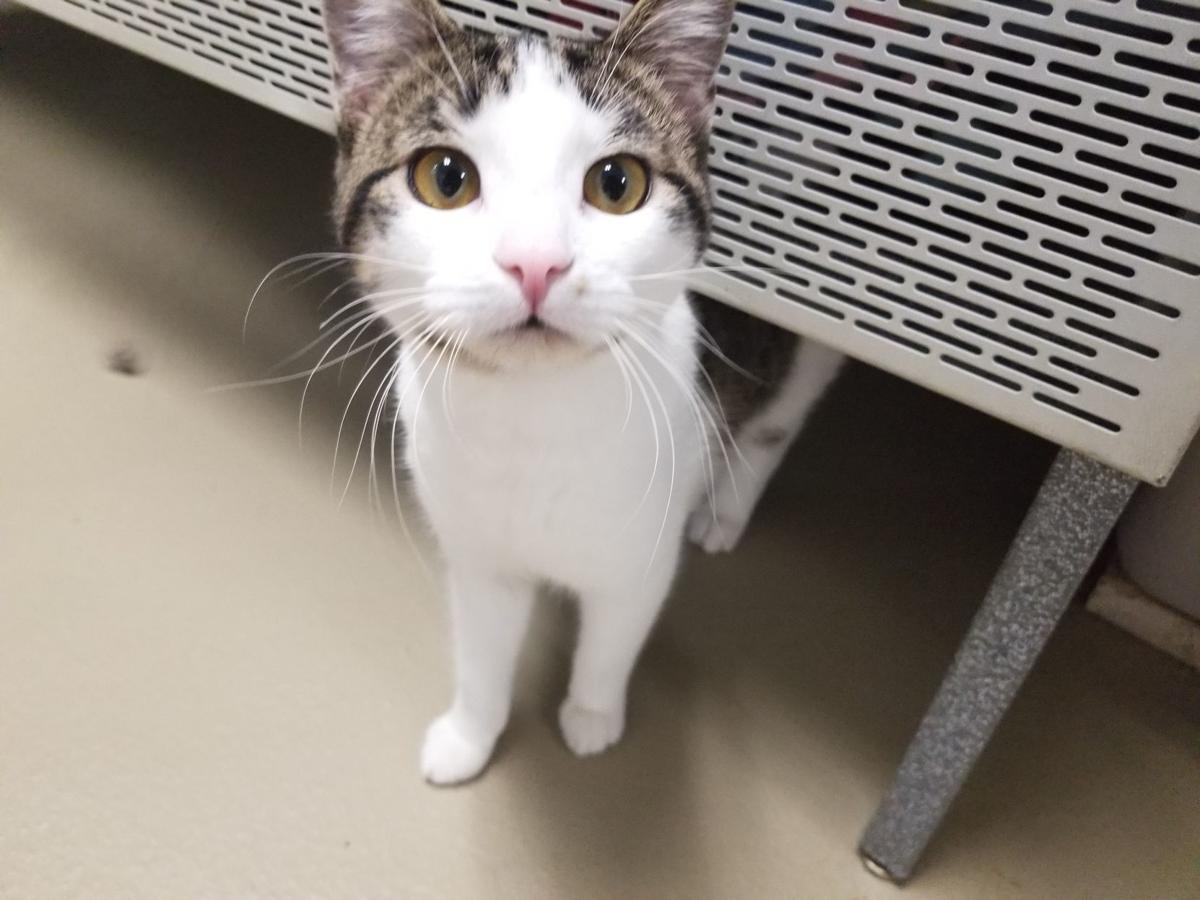 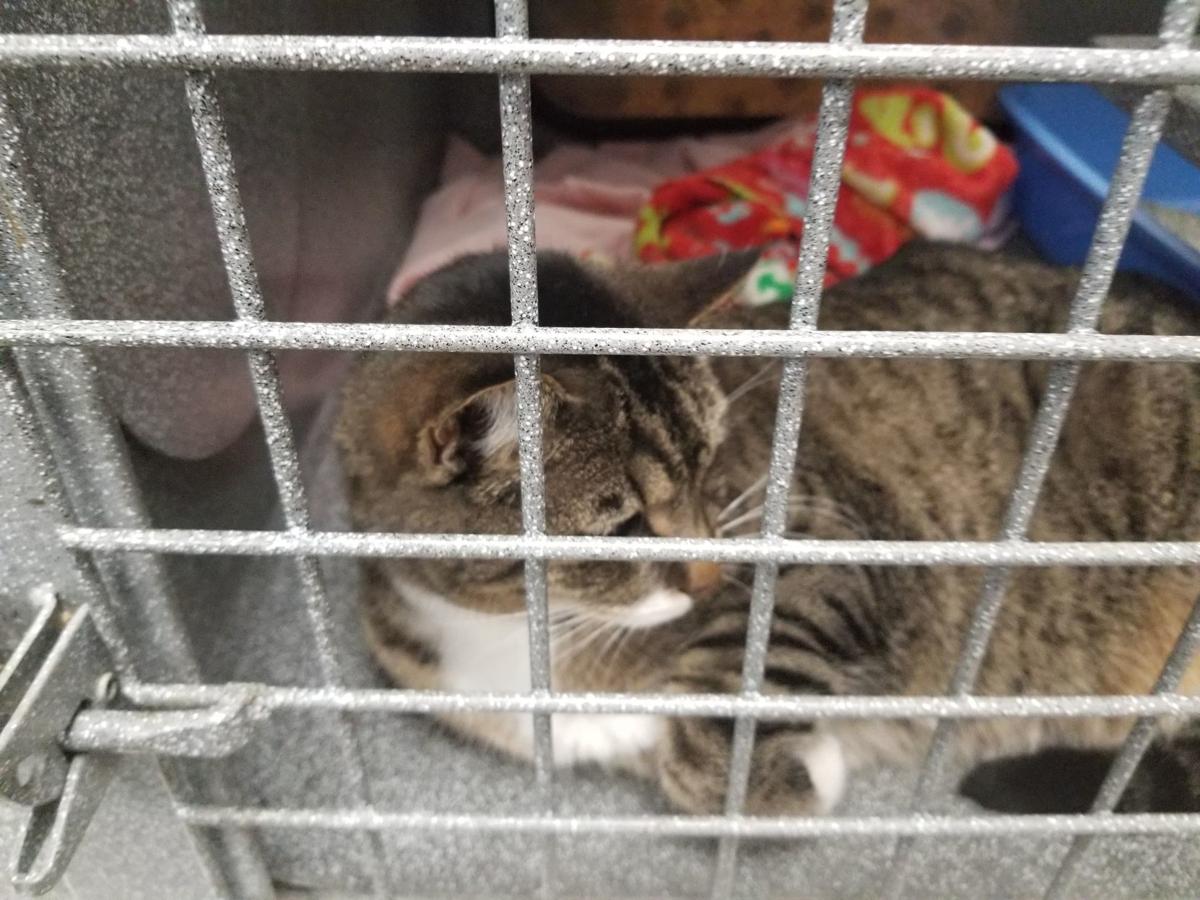 A cat sits in its cage at the Rexburg Animal Shelter.

A cat sits in its cage at the Rexburg Animal Shelter.

REXBURG − Officer Stephen Buzzell, of the Rexburg Police Department, is the man to talk to about the Rexburg Animal Shelter. He can usually be found there running the facility and will be there Christmas morning taking care of all the animals.

Officer Buzzell says that he has always taken care of the animals at the shelter on Christmas day and has done so since his arrival there.

“It’s one of the only times I actually get to sit down and play with the animals,” Officer Buzzell said.

He says that he may show people how to play with animals or direct someone to do so but he himself doesn’t get to spend much time playing with them on a regular work day.

“My job is to direct how things are going and to make sure their needs are met,” Officer Buzzel said.

He said that if he were to just sit and play with the animals on a regular work day “well then there would be some people who would be pretty upset about that. That’s not what they’re paying me to do.”

Right now, there are 25 animals at the shelter; four dogs and 21 cats. Officer Buzzell says that many of the cats are from the recent mating season but that 10 came in five days prior to the interview.

He said that many of the cats that have come in are right around the year mark.

“Unfortunately there are families that I will see every single year that will bring in a one-year old animal that they had last year,” Officer Buzzell said.

Buzzell has been working at the animal shelter for 15 years. He says the same family always comes in the week of Christmas.

“I can put it on a timer, schedule it…,” Officer Buzzell said. “So I’ll see them next Friday.”

He said that one time, the family brought in a one-year old dog and then asked Officer Buzzell if he had any puppies they could look at.

Officer Buzzell says that getting animals as gifts has been controversial. He says that they see a lot of people trying to purchase animals from the shelters for others on Christmas but he says that it can bring problems. He says often times, the recipient is a student at the local college and many apartment complexes do not allow pets so they often could see animals returned. So instead, they offer certificates that can be used for someone to purchase an animal at a later date, for those looking to give someone a fuzzy gift.

“That way you can still give a gift but then we let the person come in and pick it out when they’re ready and when it’s right for them.”

Officer Buzzell says that when couples give each other a pet for christmas that couple might break up and if they do “you will almost always see the animal coming back in.”

He said the reason is because the gift is associated with the person and if the relationship ends, then they can associate negative feelings towards the animal and might surrender it to a shelter.

Officer Buzzell also said that it can be good for those with close bonds.

“A parent to give a gift [in the form of a pet] to their children, will almost always stay in the home,” Officer Buzzell said. “Because there is that good association. Brothers, sisters, you know family members, stable and establish relationships.”

By adding the certificate, they can break up that association between the gift and the person giving it. He said that it is still a gift but the person receiving the gift can form a bond by choosing the animal themselves.

“The person gave you the certificate, well then you can come in,” Officer Buzzell sad. “You can pick the dog that you wanted instead of them picking out the dog that they thought would be right for you.”

He says that they will not deny adoptions tho just because it is Christmas time.

“Be smart about your purchase with your animals, unlike a piece of electronics, you’re dealing with an animal and it will live to 10-20 years,’ Officer Buzzell said. “And so don’t make your purchase on the fact that it is cute and little right now because you got 15 years ahead of you. And although the shelter is here to help you it is one of the saddest things to have to break up families and to have to find new homes.”

He says that this time of year, they don’t see a lot of adoptions and from January to March they actually see a significant drop in adoptions, and in January they see a spike in animal surrenders. Officer Buzzell says that does give them more time to train the animals to make them more adoptable. For example, Officer Buzzell and the volunteers at the shelter train the cats to come on demand and sit using clickers and food as a reward.

Officer Buzzell says that the holiday season can also be a hazardous time for pets. For information about how to keep animals safe in the winter and what to look for, check out the shelter’s website at http://www.rexburgpolice.com/AnimalShelter/cold.cfm.