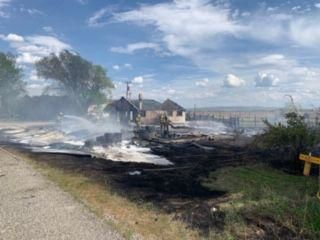 A photo of the damage caused by the fire. 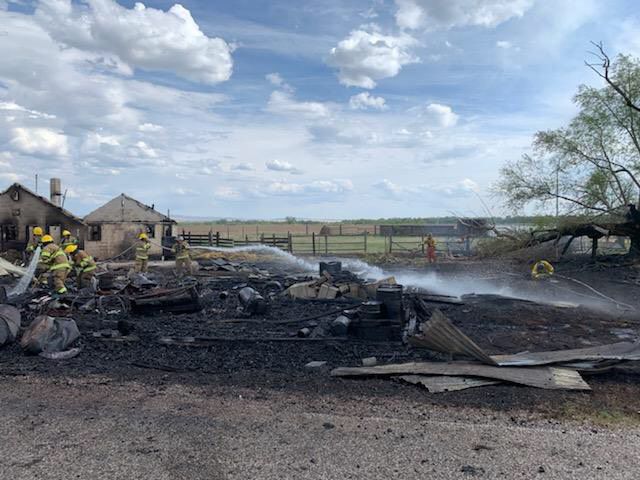 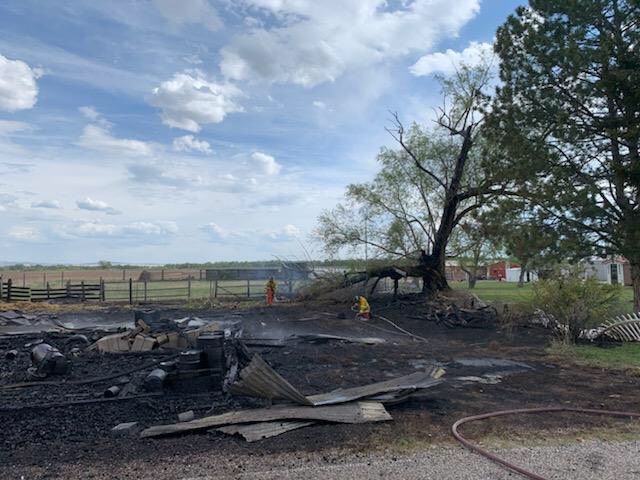 A photo of the damage caused by the fire.

MADISON COUNTY − A brush fire turned dangerous when it caught two sheds on fire on Monday afternoon. A boat and a propane tank were inside. It took place at 1059 East 10000 South in Archer.

According to the Madison County Sheriff’s Office on Monday, both directions on 10,000 in Archer between 600 East and Snake River Road were closed. The fire burned three buildings.

According to Fire Chief Corey Child of the Madison Fire Department, weed burning spread to a large willow tree and it burned on the inside, later Monday afternoon the wind picked up and caused a branch on the tree to fall on the neighbors yard setting their weeds on fire and three buildings on their property including a milk barn, a storage shed, and a maintenance shed.

Child said that a service feeding the milking barn had a line fall to the ground and was arcing on the ground, there were never any power-poles involved in the fire.

Child said that there were about 15 firefighters tending the fire and that half were from the Central Fire District and the other half was from the Madison Fire Department.

Payne said it didn’t take very long for the fire to get put out, but they had to wait for the power company to turn power to the line off first. The company was Rocky Mountain Power.

Payne said that there was a similar fire in Jefferson County and that the weather yesterday was warm and windy and that only helped the fires.

These are not isolated incidents. In both Fremont and Madison County police reports there has been a significant increase in reported brush fires that have gotten out of control in the last few weeks.

"It's Just a good reminder that when burning the fire must be monitored and fully extinguished before leaving, so i encourage everyone to practice good principles of responsible burning," Child said.

This article has been edited.