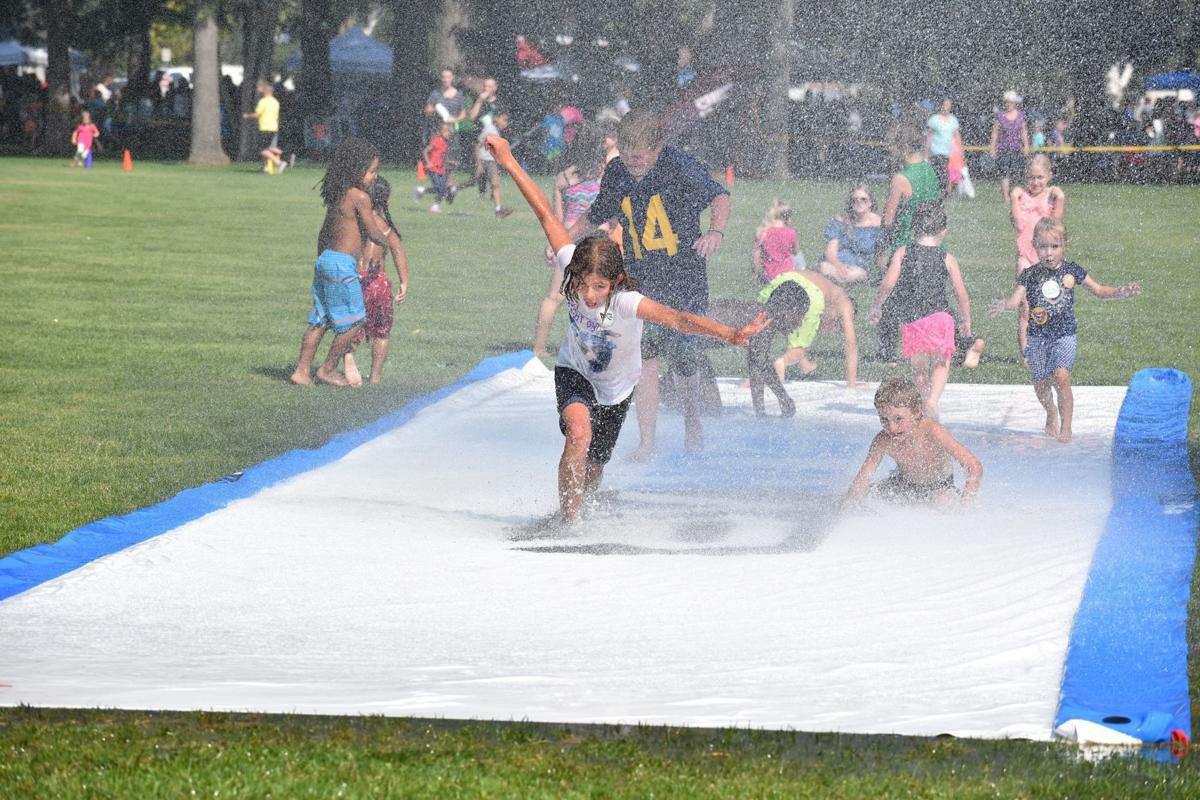 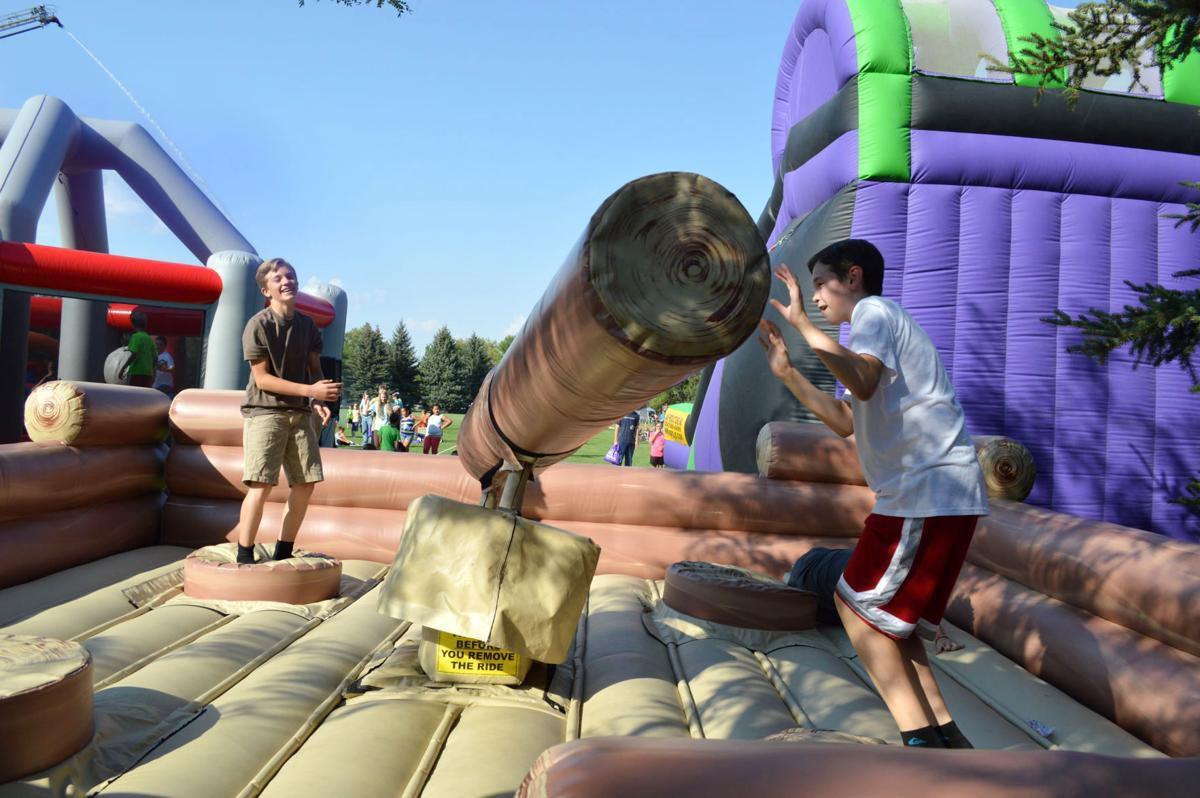 The district’s Madison Cares oversees the free event and will do so again from 2 p.m. to 7 p.m. on Tuesday, Aug. 13, at Porter Park.

“It’s probably the only back to school party and the biggest free event in southeast Idaho and potentially in Idaho,” said Madison Cares Communication Coordinator Jessica Goudy.

“We’re excited to invite the entire community to the 2019 Madison Celebrate Youth festivities,” he said. The celebration at Porter Park is a great way to begin the new school year and show our youth how much they are valued.”

New to this year’s event is the arrival of a Black Hawk helicopter for visitors to look at. Also new will be piñata breaking every hour on the hour in front of the Beehive Pavilion. Fire trucks will be hosing down the water slides and will have a sprayer set up for youth to run through, Goudy said.

Everyone attending will receive a raffle ticket and entered into the general raffle where they could win a trampoline, a bike, a basketball hoop and more. Raffle winners will be announced throughout the day.

“All the raffle prizes will be on display with a number. We’ll have buckets that have numbers on them that correspond with raffle prizes. Instead of one big raffle pool, you’re entering for the prize you’d like to win,” she said

Children ages newborn to 21 will receive two raffle tickets and be eligible to receive an iPad, a laptop and a grand prize of $300 awarded during the Celebrate Youth ceremony scheduled at 7 p.m. Those youth with winning ticket numbers need to be present to receive these raffle prizes.

During the evening event, various city and county administrators will compete in a pie-eating contest.

“They’ll do that right in front of everybody,” Goudy said.

Goudy also announced a total of 22 carnival games available for families during the event. The carousel will also be running free of charge.

“We’ll have climbing walls and over 12 different bounce toys for all ages. There are some geared towards teenagers and young adults,” she said.

Organizers also plan to set up a “party station” designed specifically to let visitors create their own party hat in honor of the 15 years of Celebrate Youth.

Since 2016, organizers have invited vendors to participate and share what they have to offer with the community.

“Nobody will be selling anything. Nothing costs [money] at the park on this day. It’s just to inform people. A lot of the vendors have games at their booths,” Goudy said. “We are grateful to businesses for taking that time out to meet their community face to face.”

In the years since Celebrate Youth was started, the school district has always invited local police, sheriff’s departments and various first responders to the event. It’s a way to have youth interact with such workers in a positive way, she said.

“The police will be taking them on train rides, or the sheriff will be handing out Creamies,” Goudy said. “Emergency services will be giving tours of their ambulances.”

In recent years, sponsors have helped fund the event, and this year around 90 such backers are helping to cover the Celebrate Youth event that costs anywhere from $16,000 to $18,000 to put on.

“We wanted to make this a sustainable event, and so we turned to the community to ask for sponsorship. All of the money we bring, we turn around and spend it on the event, so it doesn’t have to be dependent upon any grant funding,” she said.

The original Celebrate Youth was held thanks to a Safe Schools Healthy Students Grant.

“It was just that same idea of bringing youth together one more time for a party before they go back to school,” she said.

That first event had around five carnival games provided and about 200 people in attendance.

What draws people to the event year after year?

“We have a really unique community. It’s a community that’s very family centered. It’s an event that focuses on the family and the youth. I think it’s just a natural fit for our community here,” she said.

For more information on the upcoming event call the school district at 208-359-1256 or visit mymadisoncares.com.