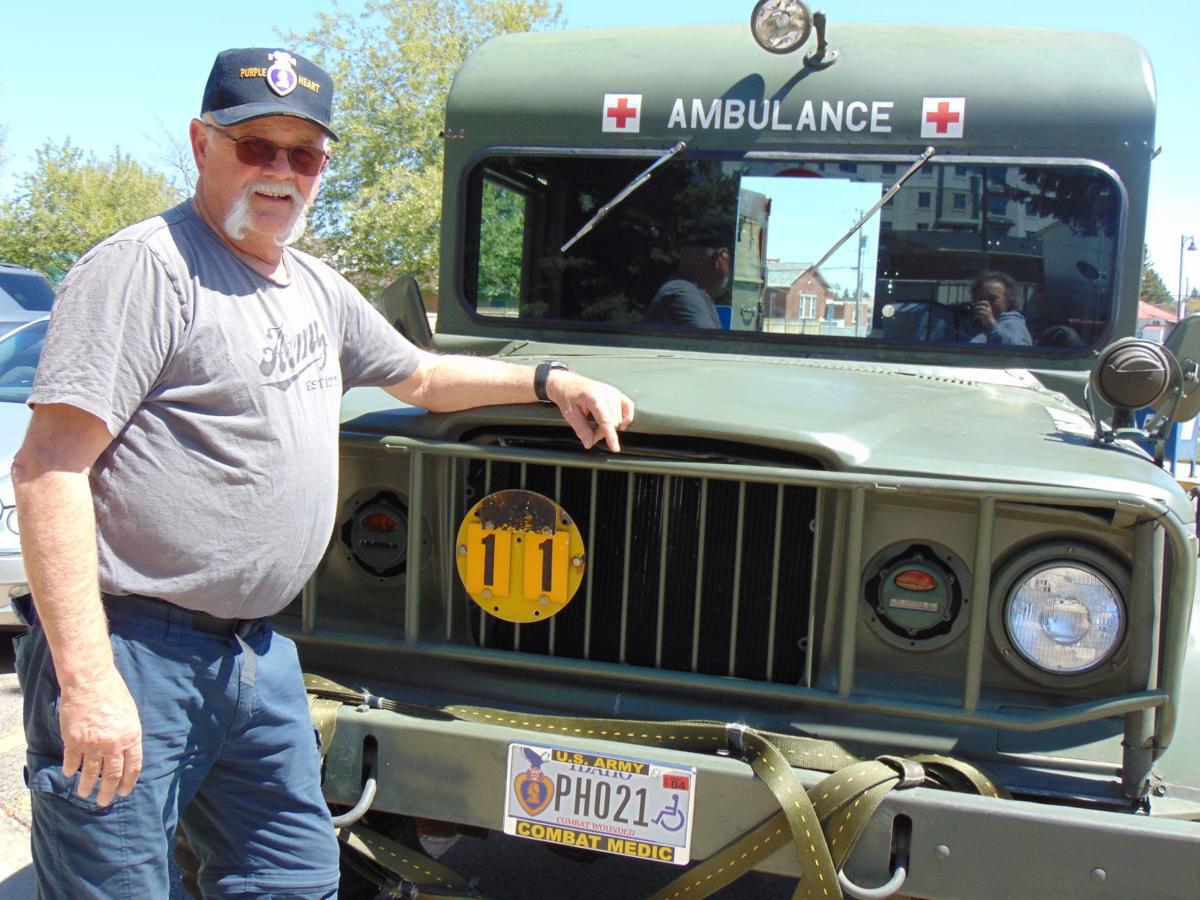 Ron Naegelin purchased this 1969 Vietnam War ambulance about two years ago. He has restored it and regularly displays it at car shows. 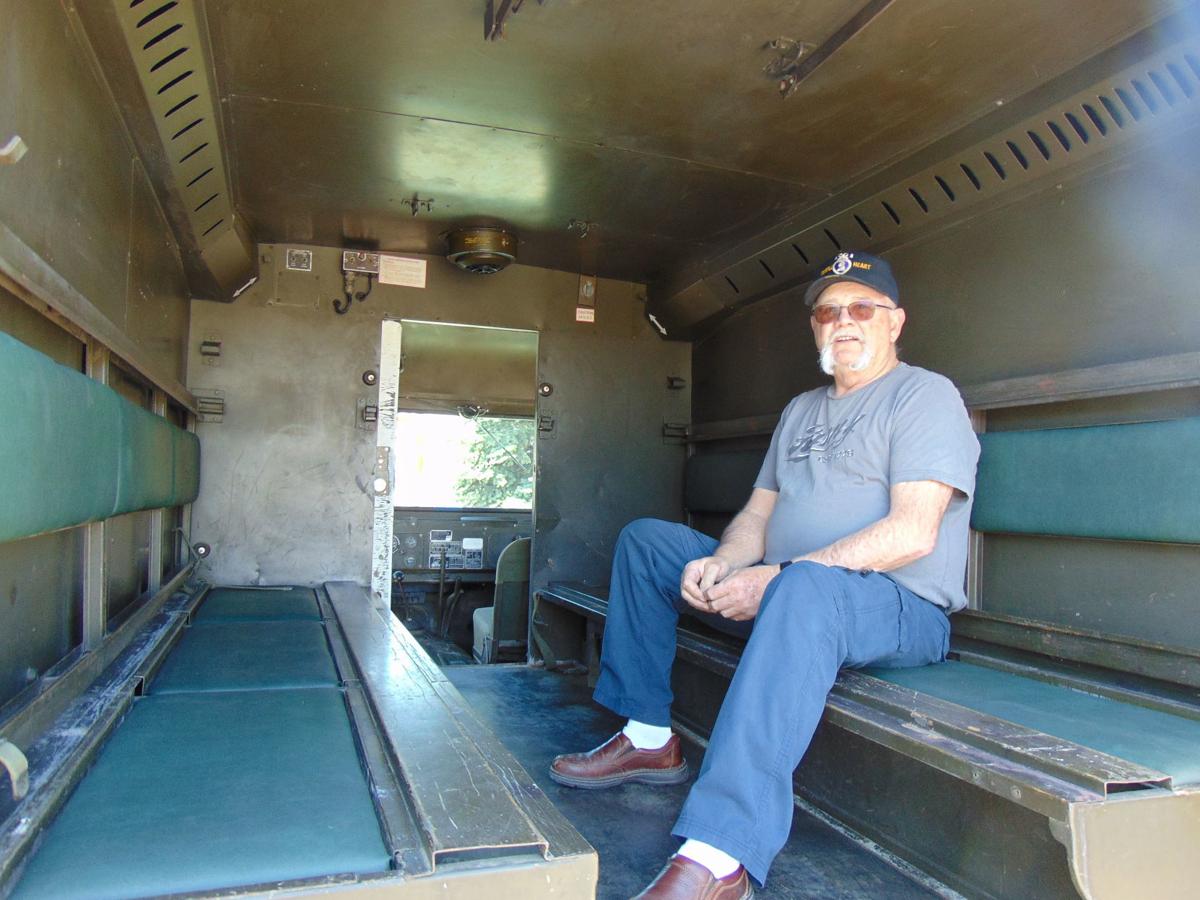 Ron Naegelin sits inside his 1969 Vietnam War ambulance. Depending on the severity of wounds, the ambulance could hold up to eight patients. 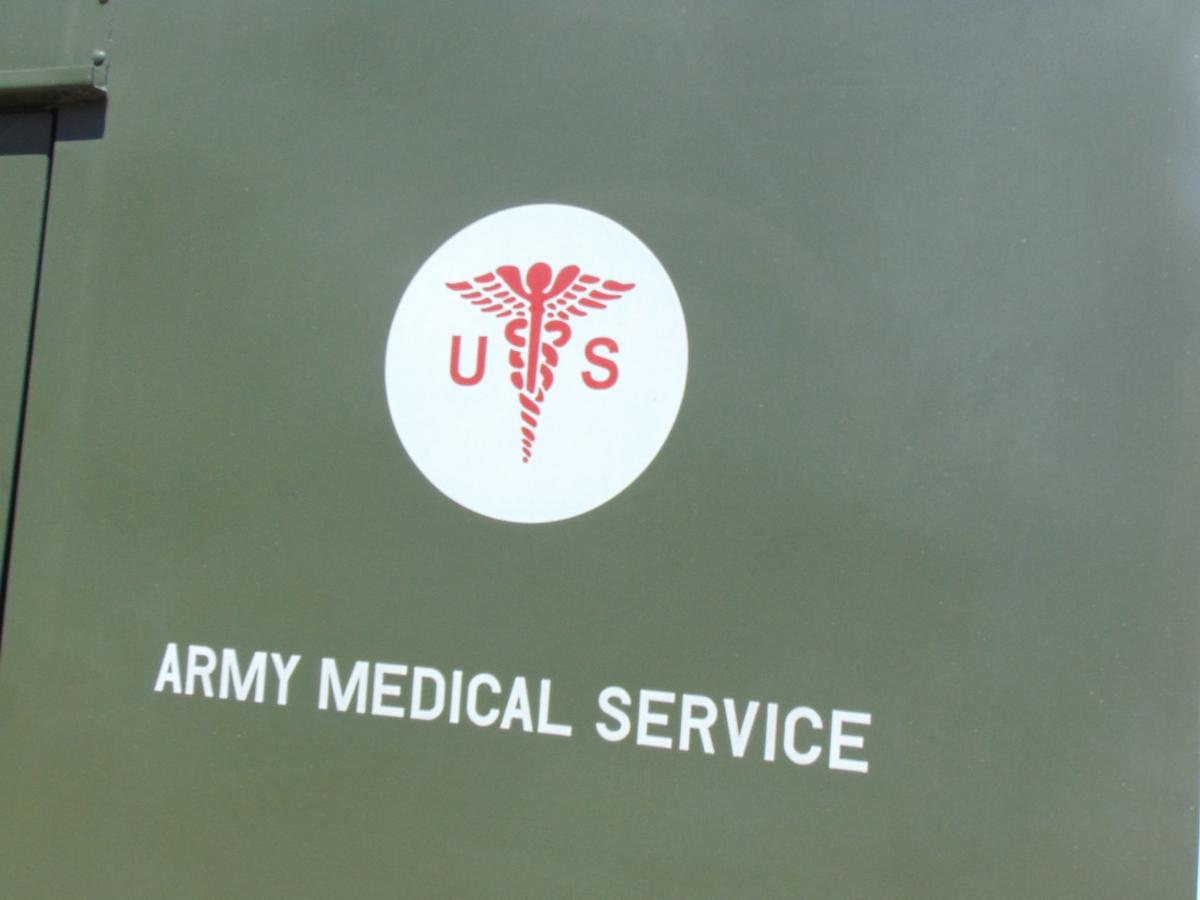 Ron Naegelin purchased this 1969 Vietnam War ambulance about two years ago. He has restored it and regularly displays it at car shows.

Ron Naegelin sits inside his 1969 Vietnam War ambulance. Depending on the severity of wounds, the ambulance could hold up to eight patients.

REXBURG – The Madison Veterans Service officer hopes to share a message of peace via his restored 1969 Vietnam War ambulance.

Ron Naegelin, who served as a medic during the Vietnam War in 1969, purchased the ambulance about two years ago from a Virginia museum. He later restored the ambulance and occasionally drives it around town. He’s also displayed it at various events in hopes of putting a positive spin on Vietnam War service.

“The ambulance is a symbol of peace,” he said. “Anything to make the Vietnam situation looked at in more of a favorable light.”

Naegelin says he’s spent more money on upgrading his ambulance than he should have, but as a Vietnam medic, he finds it very therapeutic to do so.

“When I got it, it wasn’t running. It didn’t have all the parts. I’ve put more money in it than I’ll ever get out of it, but it works good,” he said. “I’ve gone through the engine. I’ve replaced all the spotlights and all the lights inside. Everything is mechanically sound, but the engine really needs to have an overhaul.”

Naegelin notes that his ambulance attracts a lot of attention from curious children and veterans.

“Almost anybody in the service — they have some kind of an attachment to it. A lot of people want to take a picture of it . Kids want to get a picture sitting in the ambulance. The older folks want to know how it works. They’ll ask, ‘What did the medic do?’ ‘How many medics were in an ambulance?’”

While it transported many wounded soldiers, Naegelin doesn’t believe any deceased servicemen haunt his ambulance. If anything, he enjoys the good feeling and positive energy generated from a vehicle that saved lives.

Naegelin often displays his ambulance at car shows. His hope is that the ambulance will change attitudes about the Vietnam War that created much civil unrest in the United States during the late 1960’s and early 1970’s. According to History.com, the United States entered the war in the 1950’s and continued through 1975.

Politicians are to blame for any so-called losses during the war, Naegelin said.

“A lot of people say we lost the war. I know that anything I was involved in over there, we didn’t lose. The guys in the trenches (and) in the front lines never lost anything. We had some setbacks, but we never lost anything,” he said. “The guys there were real heroes. People should recognize that.”

While serving as a medic, Naegelin was often transported via helicopter into battlefields late at night. There he treated soldiers suffering with everything from spider bites to broken bones to gun shot wounds.

Naegelin followed troops into villages where they freed tiny communities of enemy soldiers. While there, Naegelin set up medical services for villagers.

“I delivered babies and sutured. I would treat young kids that stepped on landmines. Somebody would get shot or got run over by a water buffalo — it was good to help. My job was to make things better,” he said. “(We) were trying to get the Vietnamese to think that we were really nice guys.”

A recent high school grad and fresh off his family’s dairy farm, Naegelin enlisted into the Vietnam War. At the time, he recalled there being initial public support for the war touted as one to protect the Vietnamese from communism.

“I was 18 years old coming out of high school, and thought I was doing the right thing,” he said.

The war eventually caused for ugly conflicts in the U.S., and Naegelin recalled it being especially difficult for returning veterans in larger cities. Yet, in his small hometown, Naegelin was greeted with open arms.

“They had a ‘Ron Naegelin Welcome Home parade’,” he said.

While back home in Arizona, he met his future wife Lana Davis Naegelin, and the two settled in the Upper Valley. Lana serves as her husband’s Fremont County counterpart as she works as the Veteran’s Service officer at the Fremont Veterans Service Office. As a result of their shared work, the two noticed an ongoing need for wheelchairs for veterans and created the Heroes on Wheels program.

“We take donated wheelchairs, refurbish them and give them away to veterans and veteran’s families,” he said.

Any veteran needing services is welcome to visit with him, Naegelin said. He is also open to displaying his ambulance at area schools and community events. For more information on Naegelin’s ambulance and the Heroes on Wheels program call 208-359-6249.