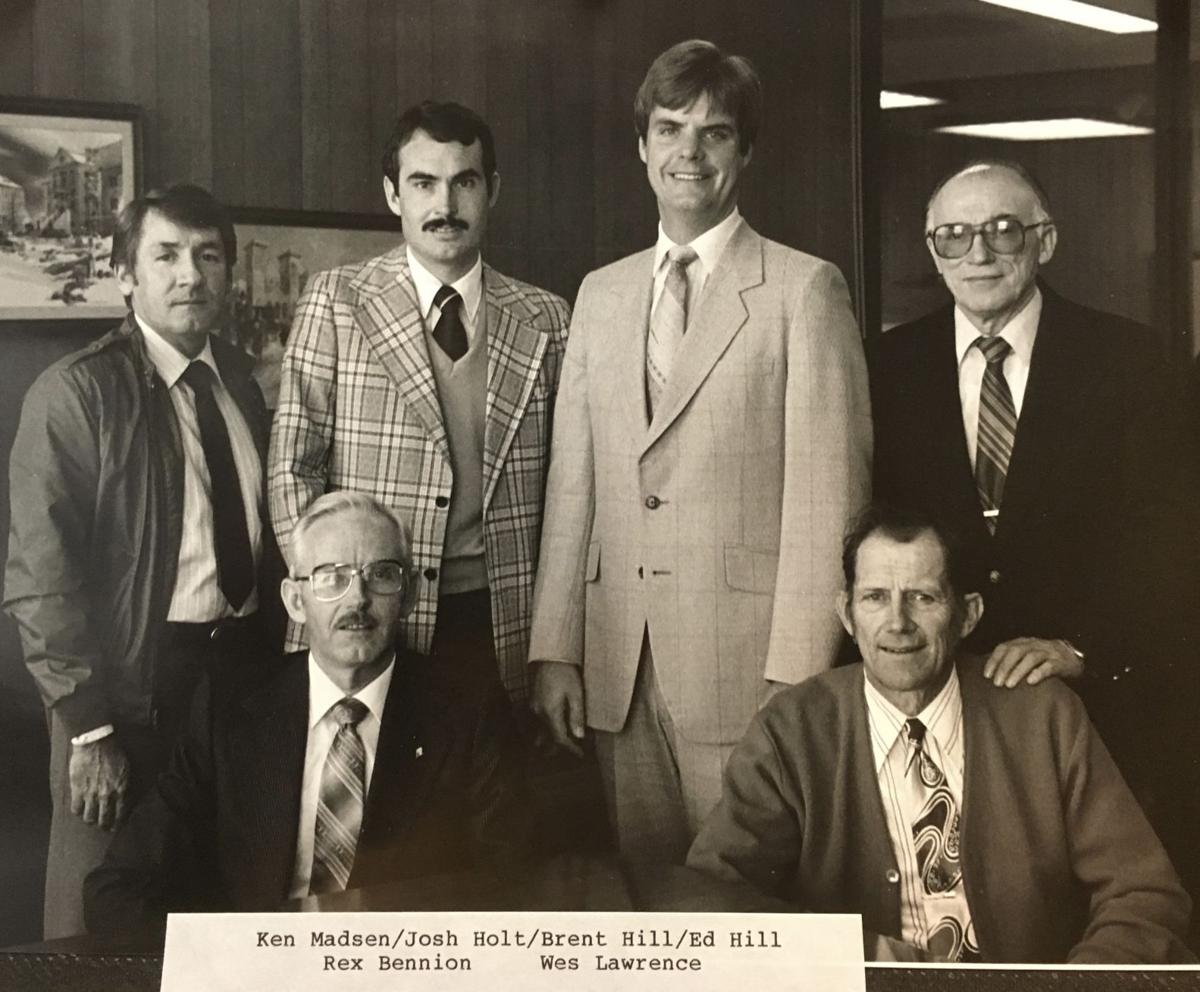 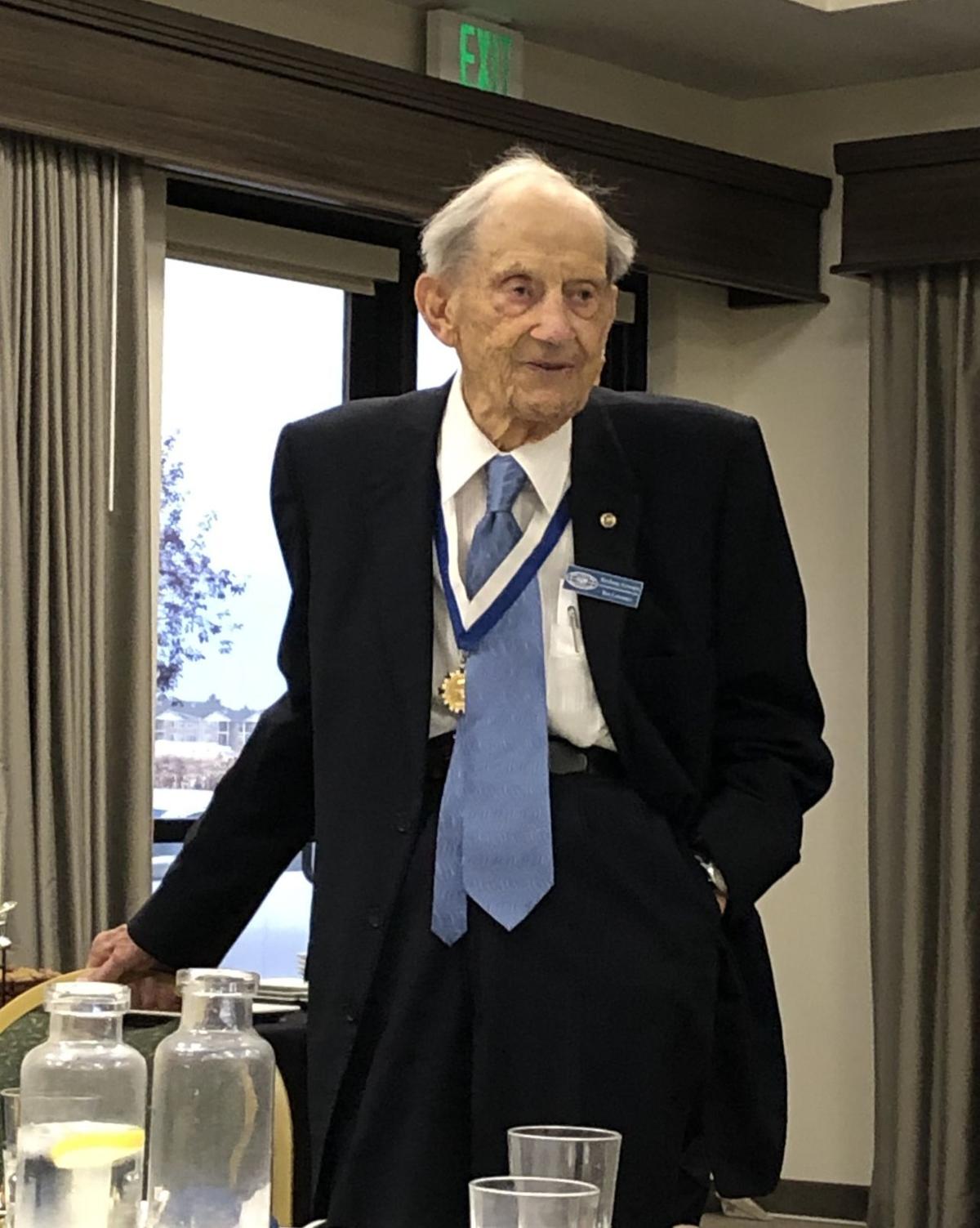 Wes Lawrence the day he was presented with the Rexburg Kiwanis Club's Lifetime Achievement award.

Wes Lawrence the day he was presented with the Rexburg Kiwanis Club's Lifetime Achievement award.

As a member of the Rexburg Kiwanis Club since day one, Wes Lawrence has exemplified commitment to the club and service to the city, earning him the club’s Lifetime Achievement award.

“All the years in Kiwanis I’ve enjoyed the association that I’ve had with all different kinds of people,” Lawrence said. “I guess that’s why I have perfect attendance.”

Lawrence, 95, has been a member of the club since it first started on Nov. 6, 1958. Ever since then, club members have been impressed by his dedication to the club, as he strives to maintain his perfect attendance for club meetings and events.

To maintain perfect attendance, it’s not as hard as one would imagine, he said. He hasn’t been able to attend every meeting because other priorities in his life have conflicted, but there are several ways to attain perfect attendance such as attending make-up meetings or completing club service projects.

“It would be relatively easy if you wanted to do it,” he said. “So once I started, I thought, I might as well continue.”

While Lawrence may downplay this feat, it is an accomplishment, evident of the award and the word of former club President Steve Dennis.

“When we say full attendance, we really mean three out of the four meetings per month (along with a monthly service project),” Dennis said. “There’s easy ways to make it up, but you’re still being engaged in at least four things each month. For the many years that he’s done it, that’s quite an investment.”

Lawrence, born in Ogden, Utah, moved to Rexburg with his family in 1935 at the age of seven. He said his dad raised foxes, and had moved the fox farming operation to Rexburg, along with adding mink to the farm.

Although he lived during The Great Depression, he said he doesn’t remember any particular hardships because to him, that’s just the way life was.

“Of course, I didn’t know any better, that’s just the way things were,” he said. “I remember fellas coming to the door and wondering what they could do to get a meal.”

He attended Madison High School, where he found his passion for basketball. His dad allowed him to try out for the basketball team, as long as he kept up on his chores around the house.

“I didn’t mind that,” he said. “I was willing to do about anything legally to play basketball.”

Lawrence made the junior varsity team as a sophomore, and often was moved up to varsity throughout the year. He lettered in basketball in three years throughout high school and also played football and track.

After graduating in 1947, he attended Rick’s College, where he went on to play basketball at the collegiate level.

“Of course it was Rick’s College at that time with only two buildings,” he said. “There was the administration building and what we called the gym building.”

While he enjoyed high school basketball, he said college basketball was more enjoyable because of the travel the team did to play games. He lettered in all four years at Rick’s College.

Lawrence wanted to be a radio announcer after college, and he got his start in radio sales at the KRXK radio station at Rexburg in 1955, and worked there until 1970.

“I always enjoyed listening to radio,” he said. “I had a radio by my bedside and I would listen to that every evening when I went to bed.”

Although he loved radio, he said he felt he wasn’t moving enough in the company to sustain a career there, and then went into real estate until he retired in 1999.

Lawrence met his future wife, Lila Lawrence, in high school. They married in 1949 and spent 71 years together before she died earlier this year.

His daughter, Lisa Lawrence, said she remembers her parents displaying genuine affection for each other, which was remarkable while also raising six children.

Lawrence has another passion in his life for the outdoors. Lisa said he often spent time in the family’s garden and taking his children out on camping trips and he was an avid fisher and hunter.

He built a makeshift softball diamond in his backyard for his children to play on, along with the several basketball hoops that were available at his house.

To this day, Lawrence has a 50-pound chinook salmon he caught in Alaska displayed in his house.

“That was quite the experience,” he said. “The owner of the facility gave me a cap that said ‘50-pound club’ on it.”

Dennis said Lawrence is one of the club’s leaders. Although his physical abilities have diminished, he’s still one of the most active members of the club. Whether it’s engaging and asking questions to guest speakers, befriending new club members the fastest, or still showing up to service projects to take on a cheerleader role, he’s always finding a way to serve his community.

Lisa said Lawrence’s perfect attendance speaks to his perseverance and tenacity to serving Rexburg through the Kiwanis club. She also describes him as charming and witty.

“He really enjoys his association with the Kiwanians,” she said. “He gets a lot out of being there with the club members.”

Service clubs have been on the decline with community participation, Dennis said. In Rexburg, although many residents serve through church, nonprofit organizations like the Kiwanis Club struggle because of that, he said.

Lawrence, a member of the Church of Jesus Christ of Latter-day Saints, exemplifies what it means to be a well-rounded community member, Dennis said.

“He’s almost always the first one to arrive,” Dennis said. “It’s important that we invest in our community and we try to truly be citizens … and serve across different social groups and that is one thing Wes is really good at. He’s a darn good guy.”