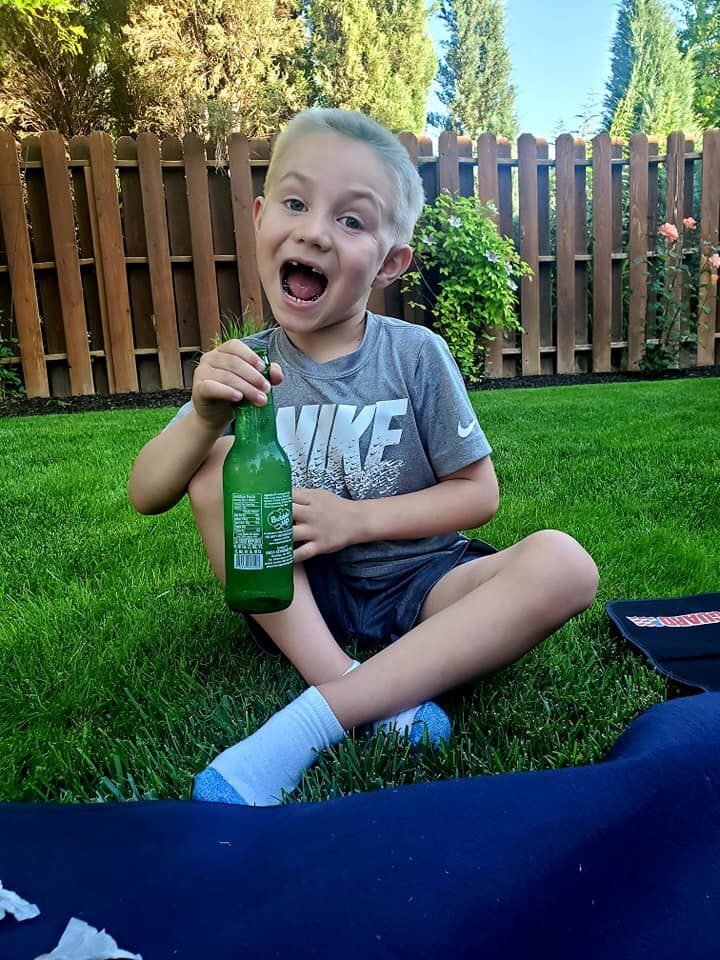 Five-year-old Jack Moser remains in critical condition after being run over by a trailer while camping with his family in Island Park. 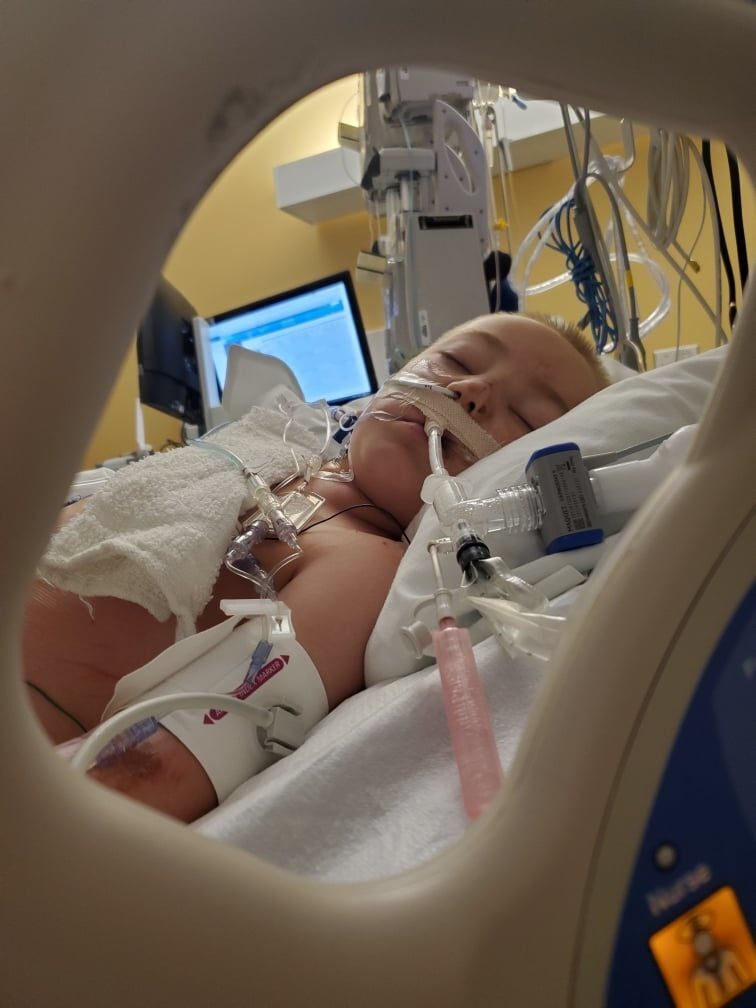 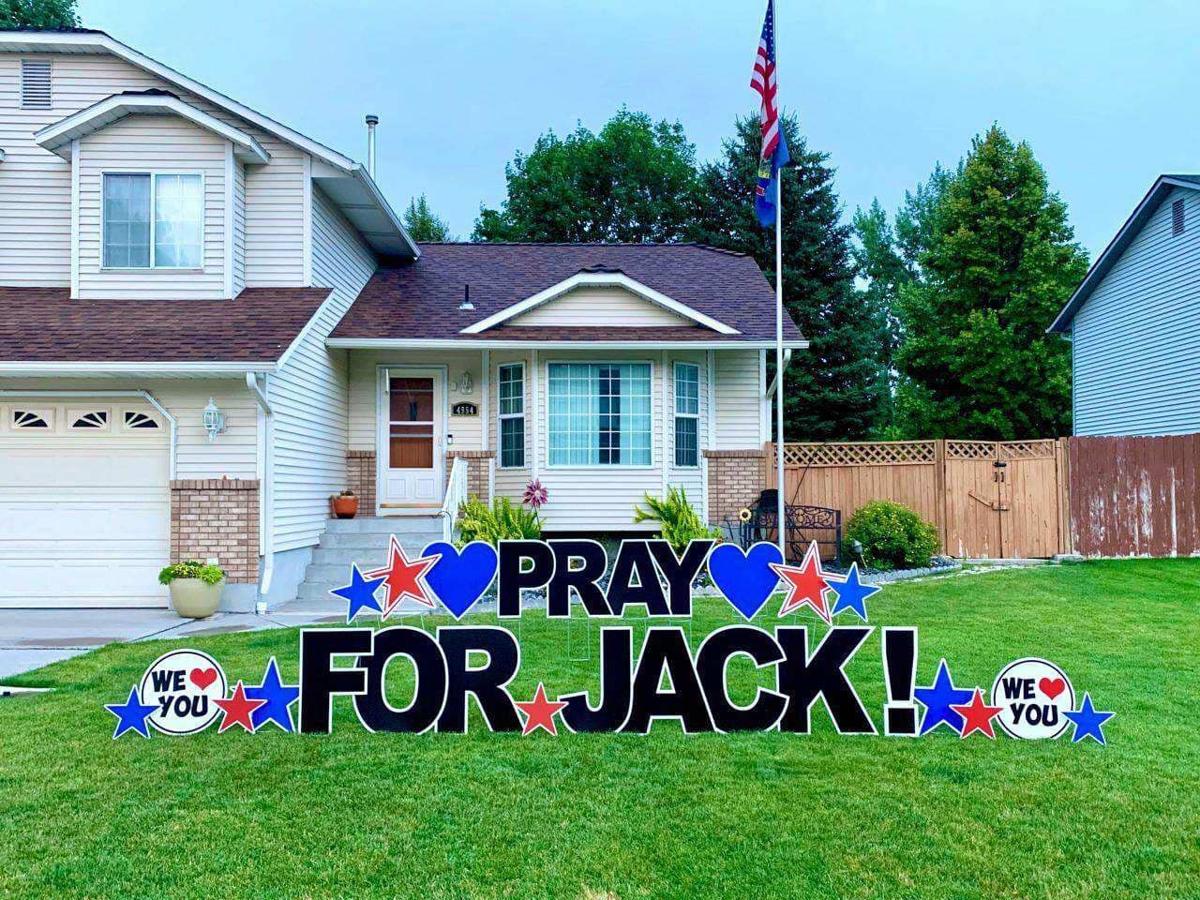 The local community has rallied around Jack Moser’s family following his tragic accident. 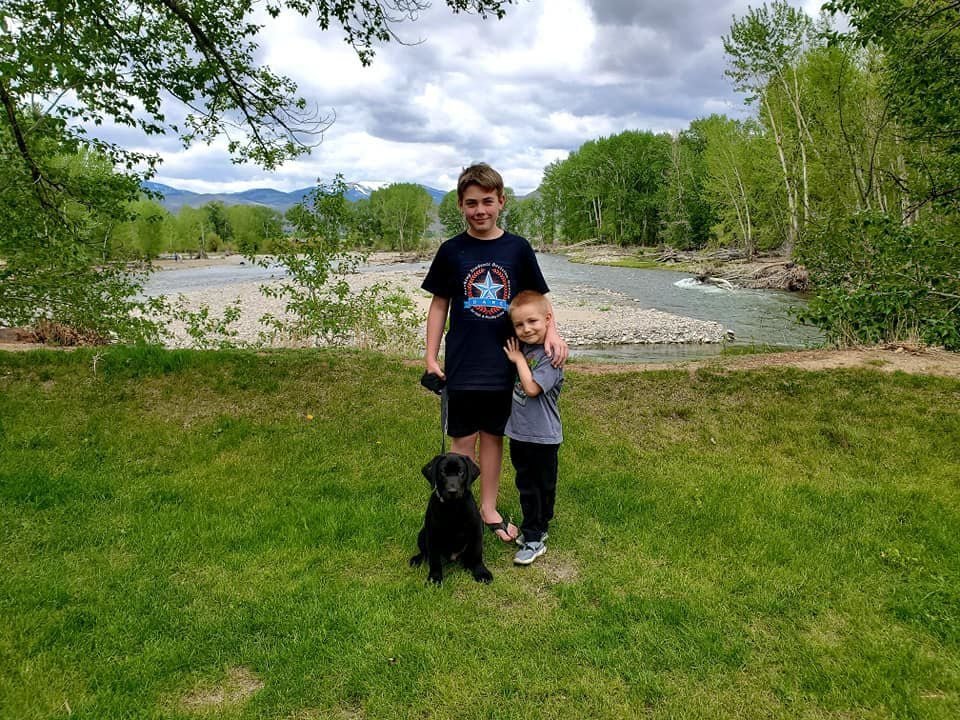 Jack Moser was on a bike ride with his brother Max when the accident occurred.

Five-year-old Jack Moser remains in critical condition after being run over by a trailer while camping with his family in Island Park.

The local community has rallied around Jack Moser’s family following his tragic accident.

Jack Moser was on a bike ride with his brother Max when the accident occurred.

The eastern Idaho community has rallied around the Moser family ever since news of 5-year-old Jack Moser’s accident last week first started being shared on social media.

The incident occurred while Jack was camping with his family in Island Park on Monday. As Jack and his brother Max took a bike ride around the campsite, a truck pulling a trailer passed by.

“Jack and Max both pulled off to the side. As the truck passed, Jack lost his balance and fell under the trailer where both wheels ran over his midsection,” Jordan Peterson, Jack’s uncle, explained.

Observant campers quickly called 911. They were told, as luck would have it, an ambulance transporting a patient from Hebgen Lake, Mont., was passing by at that moment. The emergency personnel stopped to assess the situation and realized Jack wouldn’t survive the wait for a second ambulance.

“They made the live-saving decision to put Jack in with this other patient,” Peterson said.

Jack and his mother, Amber Peterson, were driven in the ambulance to Madison Memorial Hospital. From there, Jack was airlifted to Eastern Idaho Regional Medical Center while his mother was driven to Idaho Falls in an emergency vehicle, lights and sirens blazing.

The day turned from bad to worse when a car failed to yield to the emergency vehicle and hit them. Amber was devastated that the crash had stopped her from reaching her son at EIRMC. A good Samaritan in nursing school stopped his car and offered to drive Amber the rest of the way.

Upon arriving at EIRMC, the hospital staff worked to stabilize Jack. The boy had lost half his blood. His blood pressure was plunging, and he was struggling to breathe.

“To keep his heart rate down, they ended up intubating Jack, sedating him, paralyzing him and took over his breathing for him,” Peterson said.

Doctors decided Jack needed to be flown to Primary Children’s Hospital in Salt Lake City. Just before the plane took off, the family received another blow: the Hebgen Lake patient with whom Jack rode in the ambulance had just tested positive for COVID-19. Jack and Amber would need to quarantine for the next two weeks. Jack’s father, brother Max and the rest of his family would not be able to be with Jack as he struggled to live.

Jack received 11 more units of blood and platelets on the flight down.

“He had more donor blood in him than his own blood,” Peterson said.

Once in Salt Lake City, Jack was rushed to surgery. A nurse came out during the surgery to tell Amber they weren’t sure he would make it through the night.

But Jack did — fractured pelvis, broken femur, damaged colon, damaged bladder, major perineum laceration and all. Jack has since had several more surgeries, with more still scheduled. He remains in critical condition, but things are looking up, according to Peterson.

“He didn’t have any new bleeding today, which is great,” Peterson said Friday. “He’s off his pressor medication which is a pretty big deal. They were able to seal his abdomen today, hopefully for good. He’s making progress.”

The Mosers are residents of Pocatello and Jack’s father, Jordan Moser, is an electrician at the Idaho National Laboratory. The family called the local community response to the accident “overwhelming.”

Peterson put up a GoFundMe on Thursday with a goal of $10,000 to “help pay medical bills not covered by insurance, travel, lodging, and all the associated costs that will come with Jack’s treatment and recovery.” The fund raised $12,000 within nine hours. By Friday afternoon, it was at $20,000.

Amber is a military veteran and recruiter for the National Guard. Her fellow Guardsmen set up a Venmo that has raised an additional $10,000.

The Moser family also woke up to a giant “Pray for Jack” sign in their front yard on Thursday.

A “Jog for Jack” event is set for 8 a.m. Saturday at Jrivern Fitness in Pocatello. The address is 669 W Quinn Road, Suite 13. All donations raised by the event will go toward Jack’s medical costs.

“Jack is (intubated) and can’t communicate but I have been reading him your messages and telling him he has a whole army of people praying for him. And for that I will always be grateful. Thank you from the bottom of our hearts. We still have a really long road ahead of us and will be here for several more weeks but today was a good day full of lots of little miracles,” Amber wrote on Facebook.

According to Peterson, there is no kid more deserving of the outpouring of love.

“He’s the sweetest kid on the planet. He’s the happiest, most loving, caring and charming kid you’ll ever meet. He loves his brother. He loves his mom and dad. He’s got all the friends in the world at daycare. He’s so funny and strong and smart. He’s such a good kid,” Peterson said.

Those interested in donating can do so on the GoFundMe page titled ”Jack Moser and Family.” Or through Venmo at Benefit_JackMoser.