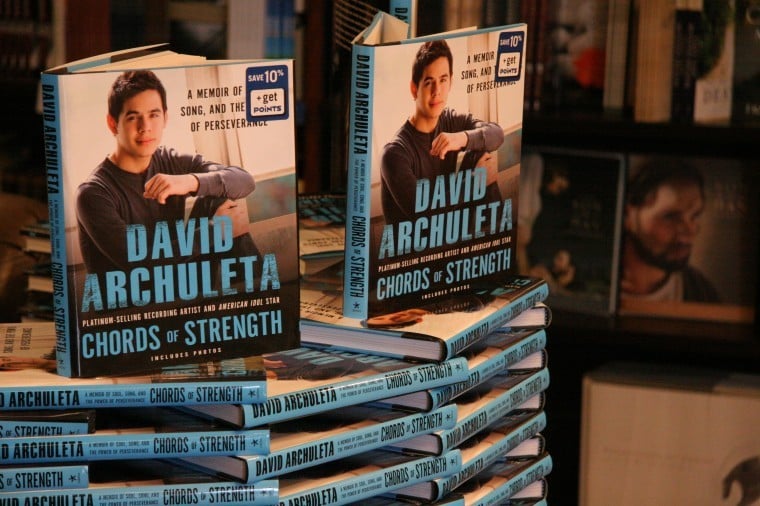 STANDARD JOURNAL/TONY POTTER This photo taken Wednesday at Deseret Book in Rexburg shows a tower of books displaying ‘Chords of Strength’ by David Archuleta, who will be at the store to sign copies of his book Thursday. 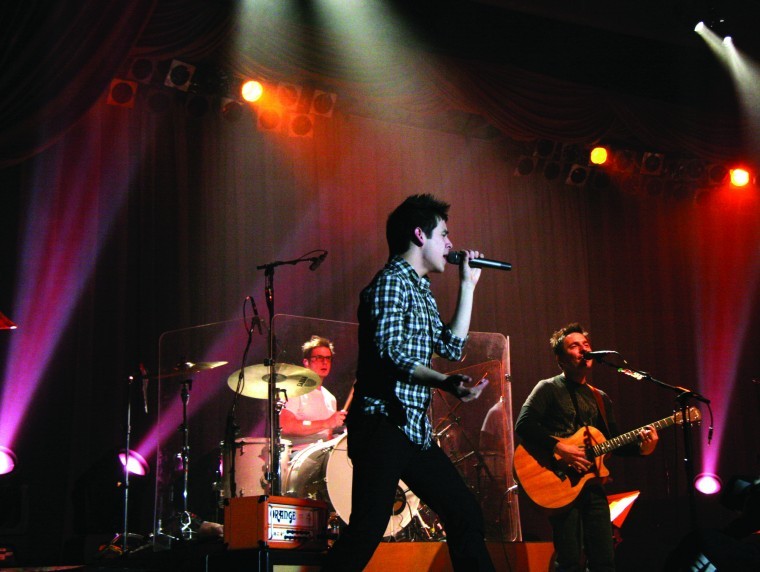 STANDARD JOURNAL/JACLYN ROBBERT This photo was taken at a concert at BYU-Idaho in December 2009.
1 of 2

STANDARD JOURNAL/TONY POTTER This photo taken Wednesday at Deseret Book in Rexburg shows a tower of books displaying ‘Chords of Strength’ by David Archuleta, who will be at the store to sign copies of his book Thursday.

STANDARD JOURNAL/JACLYN ROBBERT This photo was taken at a concert at BYU-Idaho in December 2009.

David Archuleta will be up close and personal as well as rocking the stage this week in Rexburg.

Thursday at 6 p.m., Archuleta will be at Deseret Book signing copies of his new book "Chords of Strength."

Jenkins also said there is no time limit to Archuleta's stay at the store. "He'll stay until he has signed everyone's book."

Archuleta was unsure if he should write a book when approached with the idea by the publishers. "I'm only 19," said Archuleta. "People usually do that later in life." Yet despite fears of not having enough to say, and never having thought to write a book, Archuleta took the opportunity.

"There are some things I have gone through that are unique," he said. "Thought processes I have are similar to other teenagers."

Knowing that teenagers often question and doubt themselves helped motivate Archuleta to get his story written.

"I felt like sharing what I have seen in my life, the results of trials, how my life has been blessed," he said.

"Chords of Strength," which is No. 15 on the New York Times Best Sellers list, finds Archuleta discussing many aspects of his path to this point in his life, including career, faith and family.

"I hope [the book] will help in a way that people can get something out of it.

The concert will be at 7:30 p.m. Saturday in BYU-Idaho's Hart Auditorium.

According to Don Sparhawk, concert coordinator at Brigham Young University-Idaho, "Since we sold out so quickly when David performed here in December [2009], we wanted to bring him back so others could have a chance to hear him." Quickly means the show sold out in one day. A show at the Idaho Falls Civic Auditorium in March 2009 sold out in four minutes.

It goes without saying that Archuleta has some serious fans in eastern Idaho. "Idaho always has the loudest crowds," Archuleta said, citing the close proximity Idaho shares to Utah, his home, as a possible reason. Though a little baffling, Archuleta, a runner-up in the seventh season of American Idol, is thrilled with his reception in this area.

"Idaho has always been so great."

"Because [Saturday's show] is before the album cycle, there will be a lot of familiar songs, but there will also be some surprises. You'd better come and see."

Though not drastically different in style, Archuleta said he's wanting to show more of his personality in the new album.

"I'm young, but I still want meaning in the songs I sing, to have more of my personality and thoughts and ideas in them," he said.

It seems everything about the concert is a mystery, except one thing: It is 100 percent Archuleta.

Are you a David Archuleta fan?

I'm a 28-year-old male. My musical tastes include Keane, U2, They Might Be Giants, Regina Spektor and Broadway soundtracks. I am not what I wo…