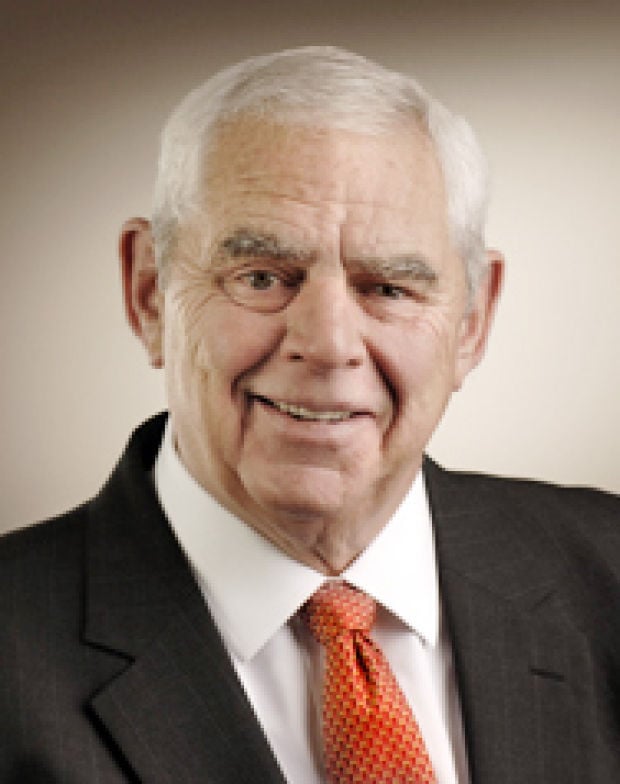 The Idaho Supreme Court has overturned the Idaho Senate’s decision to give a Pocatello senator more than $18,000 in legal fees stemming from his opponent’s unsuccessful challenge to the election results.

Sitting Sen. Mark Nye, D-Pocatello, beat Republican Tom Katsilometes in 2016. Katsilometes challenged the election results, but the Senate upheld Nye’s election and awarded him $18,060 in attorney’s fees, saying Katsilometes’ challenge was frivolous. The Senate relied on its authority under Article III, Section 9 of the state Constitution, which gives each chamber of the Legislature the power to set its own rules and make rulings on elections and the qualifications of its members, in making the award.

Katsilometes paid Nye witness fees and discovery costs, but not the attorney’s fees, and Nye sued him in Bannock County. The district court sided with Nye, awarding him a total of $35,372.28 including prejudgment interest, but on Monday the state Supreme Court reversed the judgment, holding that the Senate didn’t have the power to award attorneys’ fees. The court denied attorneys’ fees to either side but said Katsilometes was entitled to his costs on appeal.

The four majority judges said that they wanted to honor the doctrine of separation of powers and that the Senate has the constitutional power to police its membership, but that there was no statute at the time giving the Senate the power to award attorneys’ fees. 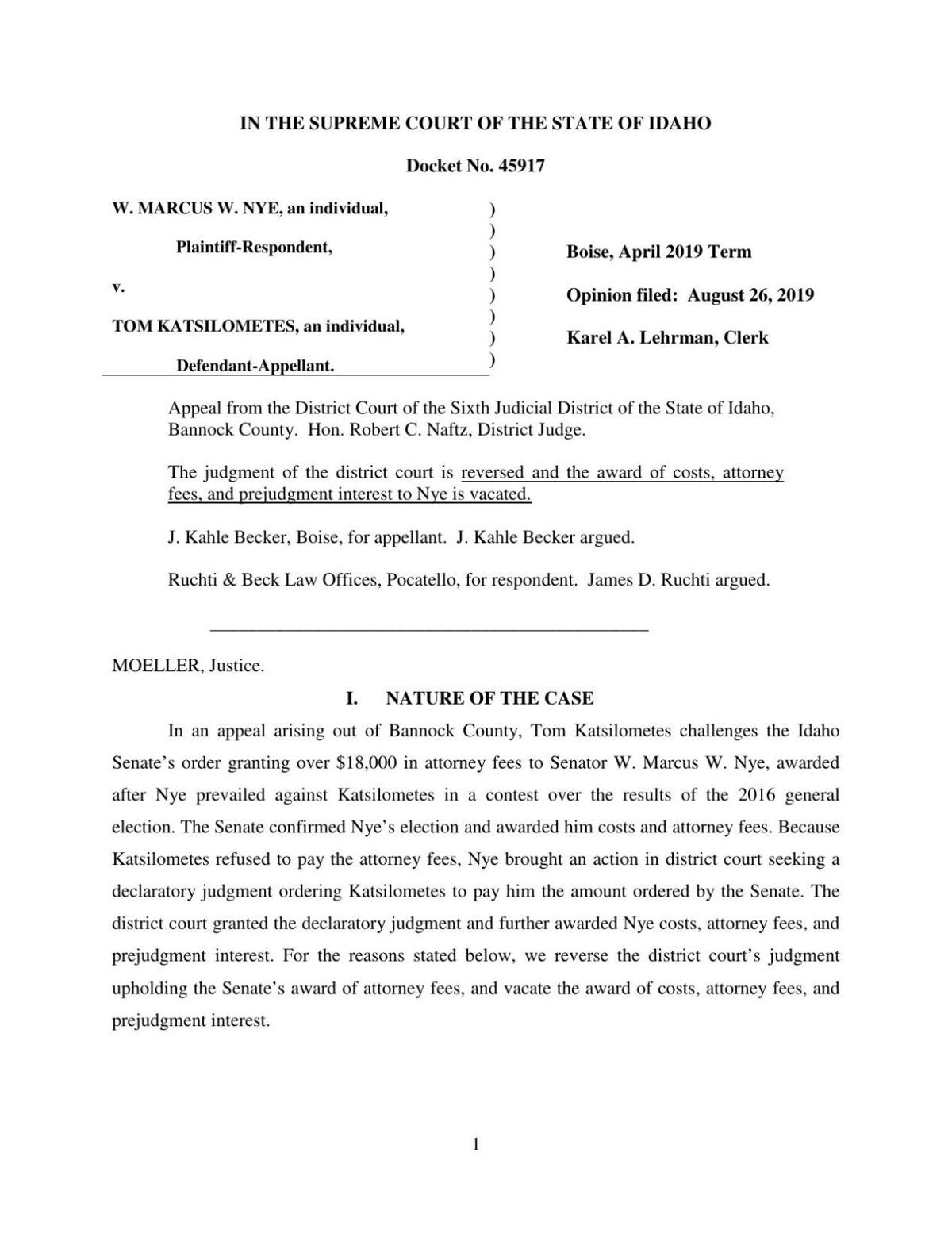 “In conclusion, it is important to recognize that at its core, this case does not concern a rule of the Senate; rather, it concerns the Rule of Law,” according to the opinion, which was written by Justice Greg Moeller. “Contrary to the hyperbolic assertion of the dissent, this is hardly an attempt by the judiciary to ‘muscle’ itself into the affairs of the Senate. Indeed, this action was initiated by a member of the Senate seeking judicial assistance in enforcing a decision of the Senate. This Court is merely responding to a case that has been brought before it — and fulfilling its constitutional role — by applying well-settled legal principles to an unsettled question of law. This is a judicial function almost as old as our republic.”

Justices Richard Bevan, John Stegner and Jutice Pro Tem Wayne Kidwell concurred with Moeller. Chief Justice Roger Burdick dissented, saying the majority ruling violated the separation of powers doctrine and the Legislature, not the courts, had the power to arbitrate the dispute.

“In my view, Article III, Section 9 is a ‘textually demonstrable constitutional commitment’ which assigns election contests to the Legislature and implicates its discretionary authority,” Burdick wrote. “This Court is ‘bound to respect the reasonable exercise by the legislature of powers expressly delegated to it by the constitution of this state, and in the absence of other constitutional offense cannot interfere with it.’”